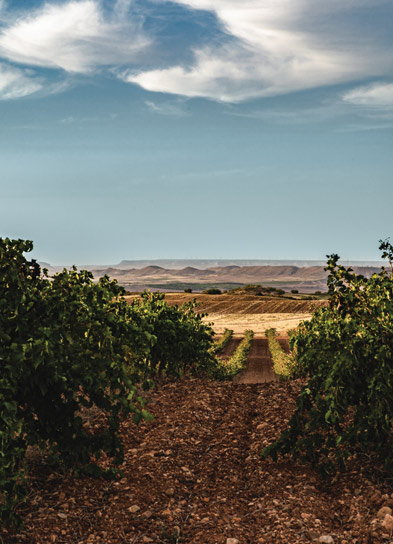 “Let me show you the top of my world.” It is a fine, late summer day and vintner Frédérique Vaquer, a woman with a smile so radiant one can’t help but beam in return, leads me to a vine-covered hilltop in Roussillon, the Spain-hugging region in Southern France that was once part of Catalonia (and remains in its essence, Catalan). Once there, with the peak of Canigou in the Pyrénées-Orientales rising in one direction and the Mediterranean Sea grounding the far horizon in the other, one can’t help feeling a soupçon of envy. Of course, making wine doesn’t allow much time for taking in the view. Vaquer must be ever mindful of what is happening in the field and attentively exacting in the winery. And like many of her peers here and across the border in Catalonia and Aragon, grenache—or garnacha in Spanish—is a grape around which much of her work revolves.

For most consumers, grenache is not as recognizable as cabernet sauvignon, pinot noir, chardonnay, or sauvignon blanc. But then, merlot was generally unknown to the average American wine drinker until the late 1990s, when this stalwart of Bordeaux was produced in either 100 percent bottlings or blends in which its leading role was clear on the label.

Grenache, one of the three primary grapes used in blending Côtes du Rhône wines (along with syrah and mourvèdre) and the primary varietal in such marquee players as Châteauneuf-du-Pape and Priorat, shines in myriad wines in myriad ways. It can serve as an engaging aperitif, stand as a stellar accompaniment to a proper repast of lamb or duck, and in its richly varied sweeter incarnations, round out an evening as a partner to the cheese course or dessert. 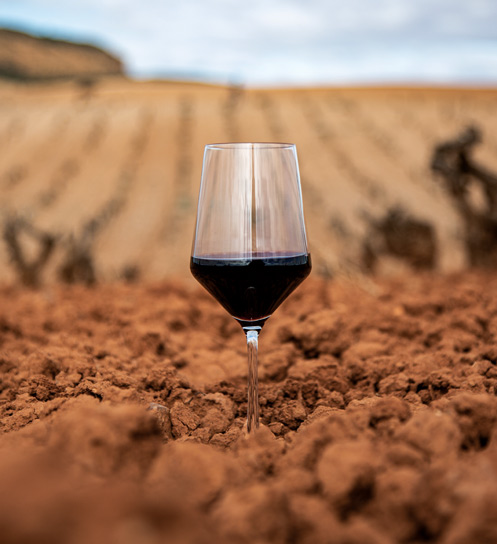 A tough vine, able to endure searing heat, drought, and wicked winds, it survives in schist, clay, granite, and limestone and is long-lived, with plants as old as a century still bearing fruit. The berry— which ripens late and not in abundance—can be purple, pale red, or green, and the wines produced can be red, white, or rosé. What’s more, the grape stars in a variety of vins doux naturels, fortified sweet wines that range in color from a hue just a step beyond apple juice to deep honey to an almost coppery cast. Aromas and flavor notes are all over, from fresh red fruit to jam, coffee, caramel, and nuts. 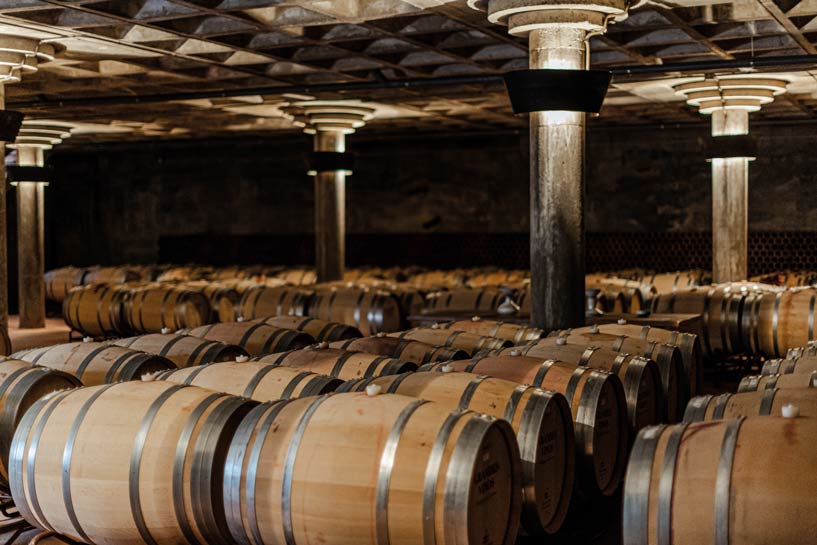 While hand-harvesting is still the rule, especially where the vines are cultivated as bushes rather than trellised, a shortage of workers and an increasingly erratic picking season (thanks to climate change) make keeping a crew at the ready difficult, so growers are turning increasingly to mechanized harvesting. On the flip side, Roussillon leads the French wine industry when it comes to avoiding chemical fertilizers and pesticides, with hundreds of growers and over 6,000 acres devoted to organic viticulture. An early adaptor is Maison Cazes. Founded in 1895, the estate—situated at the foot of the Corbières foothills in the Agly Valley—converted to an organic and biodynamic program in 1997.

The grape that rules this neck of the woods is sweet, fruity (think cherry and strawberry), and not too tannic. Medium-bodied with approachable acidity, it can express a peppery personality and when grown near scrubland, offer hints of rosemary and other herbs. Depending on the plot and the winemaker, the wine can be tasty but unassertive or, if not out-and-out robust, distinctively full and well-rounded, such as the Narassa 2020 from Domaine Lafage, made from the fruit of 60-year-old grenache vines blended with syrah. Another full-bodied choice would be Grenache Rhapsody 2019, from vigneron Séverine Bourrier at Chateau de l’Ou, packs a powerful blackberry nose and a satisfyingly silky mouthfeel. 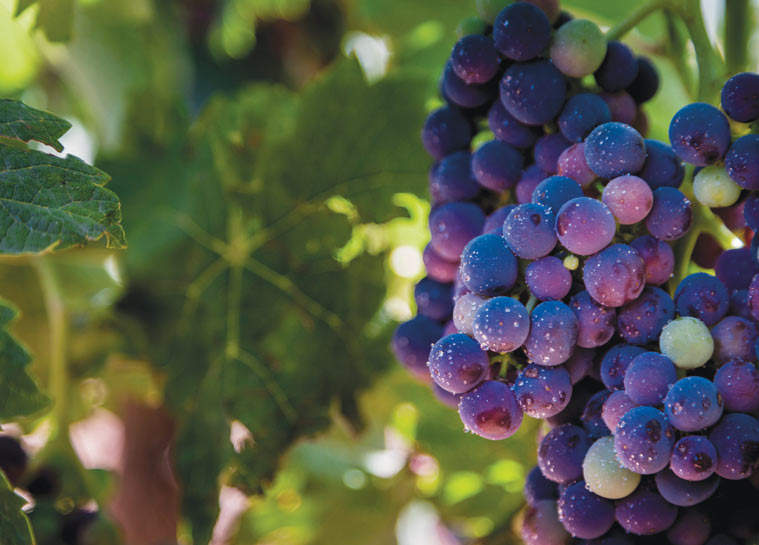 Although long assumed to have originated in Sardinia, research now suggests that grenache first appeared in the Spanish region of Aragon. It is well-represented in the region today, with any number of producers doing their best to honor the true expression of the grape. Comprising three wineries and 700 growers, Bodegas Aragonesas is located in the Ebro River Valley, not far from the Monastery of Veruela, where Cistercian monks cultivated grenache in the 12th century. The Aragonesas portfolio features a number of grenache-driven bottles. Those made from 100 percent of the varietal include the bright, fruit-forward Argus Organic and Garnacha Centenaria, a sturdily structured, extremely food-friendly wine crafted from hand-harvested grapes hanging on vines as much as 100 years old that grow on extremely arid, slate slopes. 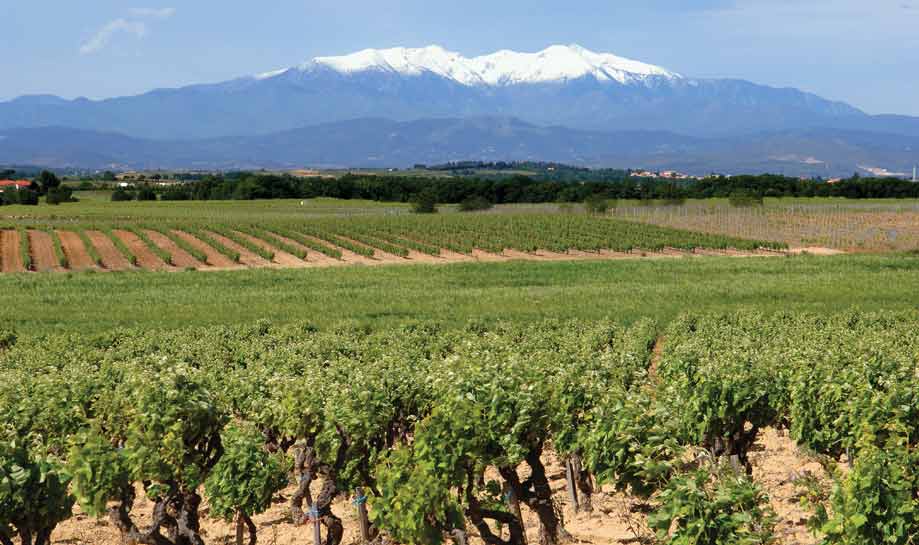 Located about 29 miles from Aragon’s capital, Zaragoza, the Carinena district is one of the oldest officially recognized wine-making regions in Spain. Here, Grandes Vinos—a cooperative comprising hundreds of growers—produces a variety of wines from a variety of grapes, including the local carinena, tempranillo, cabernet sauvignon, syrah, merlot, chardonnay, sauvignon blanc, and muscatel. When it comes to grenache, standouts include the 2019 Anayón, with its cranberry nose and pleasing balance of barely-there sweetness and soft tannins, and the 2017 Monasterio made from 40-year-old vines and shot through with subtle herbaceous and spicy notes.

Although red wines rule this time of year, when warm weather rolls around again, producers in France and Spain both offer welcome relief from the sauvignon blanc/pinot gris rut. Saint-Roch Old Vines Rosé—a combo of grenache and syrah—presents an enticingly delicate strawberry nose and is surprisingly structured for such a simple wine. Made of 100 percent grenache, the deeply-hued Coto de Hayas Rosado 2021 from Bodegas Aragonesas is another easy-going quaff with real flair, crisp, and slightly candy-like, but in a good way. For a straight-up white with good mineralogy and a touch of oak, Chateau de L’Ou’s Secret de Schistes strikes an elegant note. But it’s a long way before we break out the grill and open the pool. Until then, a little of Frédérique Vaquer’s all-grenache Exigence will do just fine. 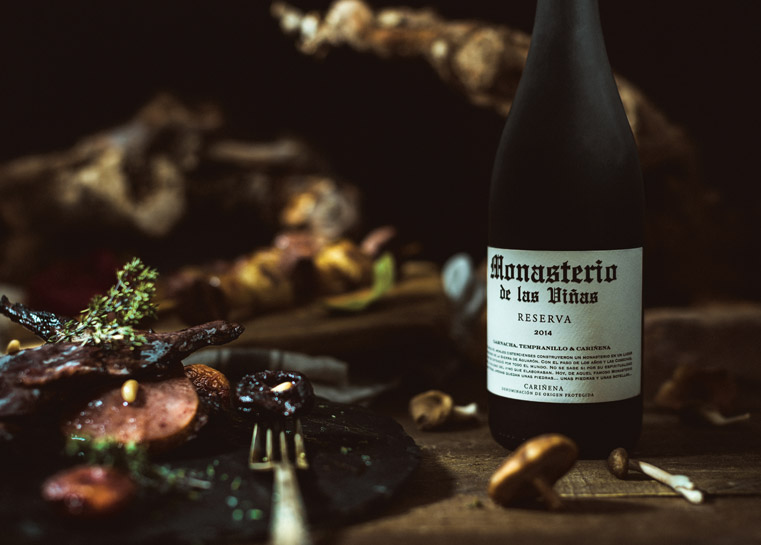