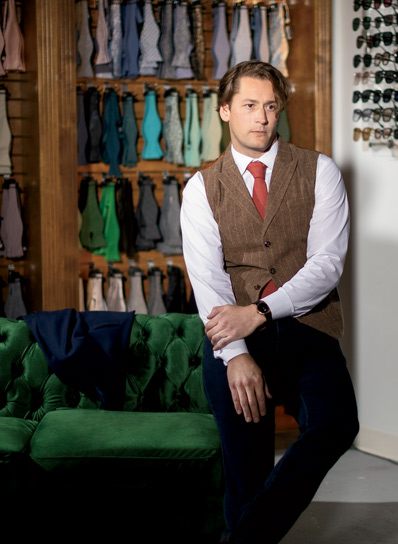 “My mom was a teacher, and my dad was a firefighter,” the owner of DIBI Menswear tells Country, his long legs stretching out in front of him from the velvet green couch he sits upon on this sunny summer afternoon. “It’s always been part of the culture of our family to work hard. I mean, I cut the grass and didn’t get an allowance for it. It was considered by my family as a labor of love.”

And it’s this trait that has equaled success for Wimer, as the contemporary men’s fashion and accessories business owner opens the doors on another day spent in his eclectic store situated on a vast stretch of Northwest Highway. Opened in November of 2020 amidst the uncertainty of the pandemic, DIBI Menswear has become a haven of sorts for both men and women in recent years, a place where style lives amongst old records and funky patterns.

“People come in here not just for clothes, but for conversation too,” Wimer observes, as a Food Network show plays on the flat screen on the wall. “I have a lot of regulars that just come in and hang out, and there’s never any pressure here. Heck, I can be a stylist, or I can be a conversationalist. But absolutely, if you want to look good, I’ll take care of you.”

Growing up in Palatine, Wimer was a strong-willed kid who liked to be in charge. He was a competitive swimmer in a family of swimmers, his mother and sister being Olympic trial qualifiers—a distinction that Wimer himself would also achieve during his time as a student-athlete at the University of Arizona. When the decision was made to end his swimming career, Wimer envisioned a life where he could be the boss, and he was determined to put the hard work in to make that dream a reality.

Soon, Wimer accepted a job at the New York headquarters of Macy’s, working in their management development program. Yet, the lack of movement within the company soon led to boredom for the budding trailblazer. The years that followed would have Wimer working as everything from a model to a mixologist at locales across the country and around the world. 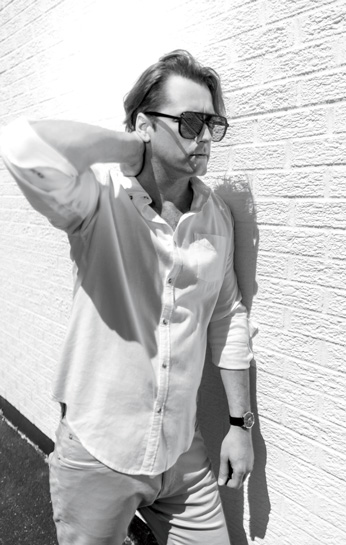 When Wimer’s mother was diagnosed with breast cancer in June 2007 and his sister had her first baby the following year, home began tugging at his heart. And while modeling could have easily kept Wimer both busy and financially stable, he soon found himself drawn to starting something completely new.

“I started with just 14 skinny ties,” he says of the vibrant collection of menswear that he created and began selling back in 2010. “At that time, they were just $25 ties. I remember getting my first few orders and I just thought it was awesome.”

Soon, Nordstrom came a ’calling, and Wimer’s “little tie business” began to skyrocket, as did his women’s accessories line and his event production business.

“I was just trying to throw darts to see what would stick,” he laughs.

Soon, Wimer’s budding DIBI product line proved to be the one that would in fact stick, expanding to include everything from neckwear and accessories to an apparel line, with every dollar made being put directly back into the company. In 2014, Wimer married his wife, Petrina, and together, they moved from the city to Lake Barrington.

“My numbers were through the roof for a good number of years,” he remembers.

What happened next is something Wimer didn’t anticipate—the reality of 2020, when he watched everything screech to a halt due to COVID-19. But that’s exactly when he rolled the dice again and opened the storefront in Lake Barrington.

“I got the keys on September 26 of 2020 and I was open November 1 of 2020,” recalls Wimer as the front door opens to yet another customer. “I was here 16 hours a day to make it happen. My dad helped me assemble the cabinets and fixed all the electrical. In the final hours before opening, my niece and nephew were taking bow ties out of wrappers and my mom was steaming clothes. It was truly a family affair.”

And when he speaks of family, it’s not just the ones he shares blood with.

“This community has been unbelievable,” Wimer concludes. “They come in here and I introduce myself and we shake each other’s hands. And maybe, they walk out of here with something new to wear. Or they don’t. That’s not what matters to me. What matters to me is that a customer comes back. Or they tell their neighbor to come check it out. That’s the best feeling.”

And while the lines of menswear offered at DIBI are the highest of quality, the price points are more than reasonable. “It’s far from sticker shock,” Wimer explains of the offerings available to his clientele, which ranges from the 20-something young professional looking to elevate his look to the 65-year-old looking to step up his style game.

“A lot of guys in their sixties and seventies come in here saying that they don’t want to be that guy that looks like they are trying too hard,” Wimer laughs. “I always tell them, ‘Trust me. You are not trying too hard. You look good.’”

And at the end of the day, Wimer couldn’t ask for anymore than that. 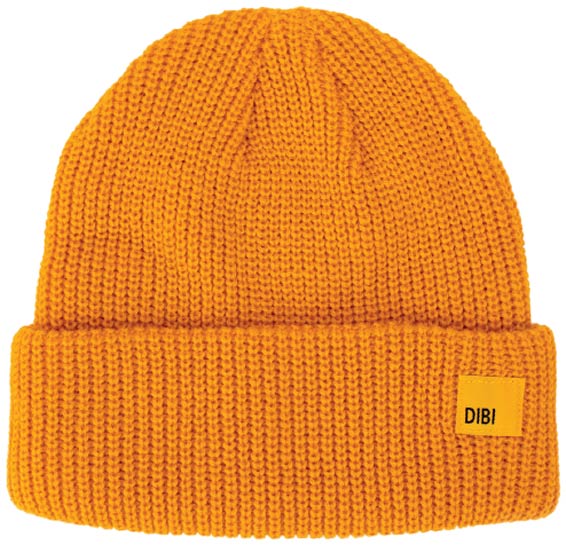 DIBI knitted hybrid fisherman beanie available in 18 colors. “A splash of color can elevate any look.” 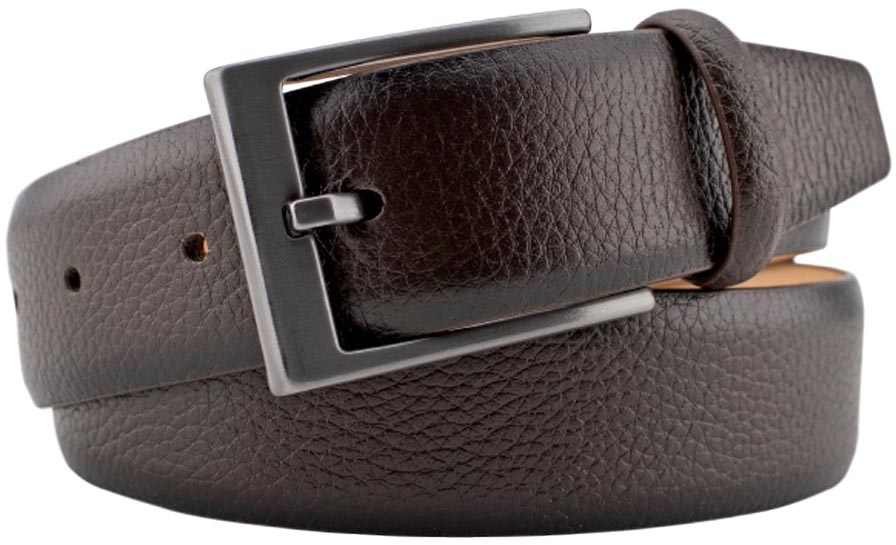 DIBI textured leather belt—a staple item that can be worn year round. 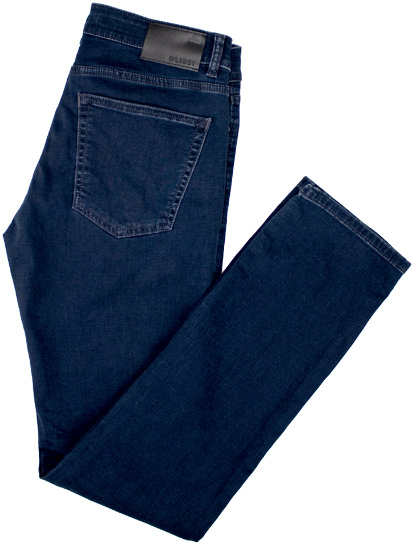 DL1961, ultra-knit slim fit straight leg denim. “A four-way stretch denim is critical for comfort and style,” says Wimer. “These aren’t your dad’s jeans…but should be.” 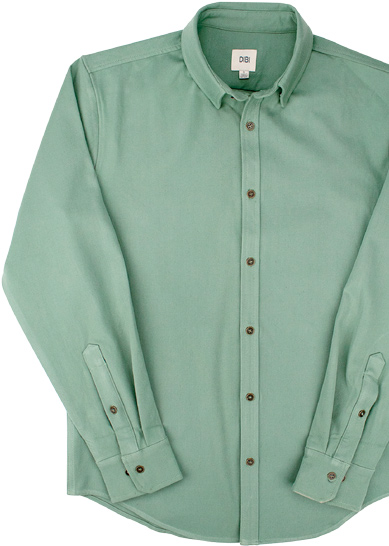 DIBI ultra-weighted collared shirt with snap collar stay and brass button accents will work with any denim and will have you wanting all four colors. 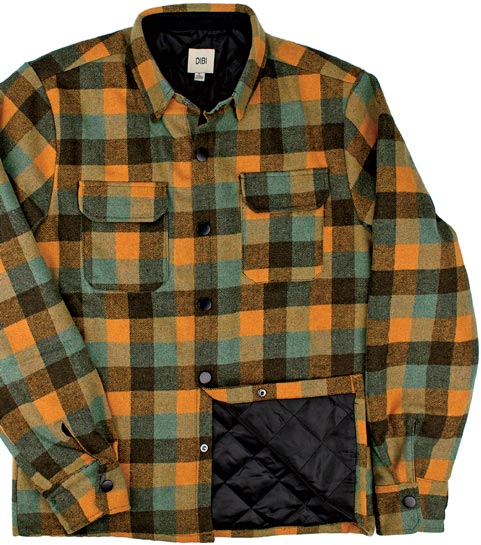 DIBI middle-weight wool quilted lined workman jacket. A great layering piece that is perfect for your fall campfire or running some errands. Keeps you warm but not too bulky.