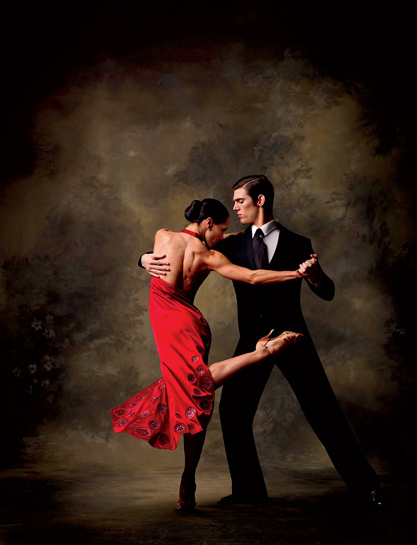 Ballet dancer Jessica Wolfrum once lived her life under the spotlight.

“It was home for me to be on a stage,” explains Wolfrum to Country on a chilly April morning. “I have been on stage my whole life. Dancing has always defined me … which has left me with a challenge to figure out at this very moment.”

“Who am I, now that I am no longer on stage?” the classically trained contemporary dancer asks aloud, as she seemingly awaits a whisper from beyond. Indeed, in recent years, Wolfrum has found herself asking that question over and over again, once during a pandemic that shut the stage she adored down, and again when she got the news that at 41 years old, she not only was going to have a baby … but she was going to have twins.

“My daughter Sofia has a natural rhythm, and she does these cool movements with her arms,” Wolfrum says with a slight chuckle as the 14-month-old twins sleep soundly just a few steps away. “In fact, both she and Sebastian move to the sound of music.” 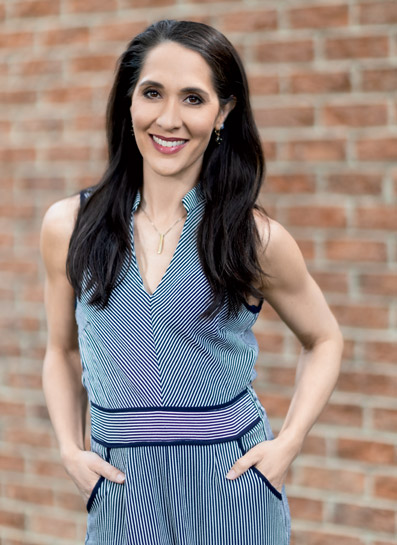 It is these characteristics that certainly remind Wolfrum of her childhood days, when she was the one who showed an innate talent for all things dance. In fact, Wolfrum herself began dancing at the age of three years old, as her parents moved her from one dance studio to the next in their hometown of Buffalo, New York.

After college, Wolfrum went and auditioned for several dance companies, ultimately landing at the nationally and internationally acclaimed River North Dance Chicago, where she was a company dancer for 14 years.

“I moved to Chicago two weeks after graduation,” remembers Wolfrum, who also later took on the reigns as an artistic mentor to the students of Barrington Dance Ensemble, spending her days teaching everything from ballet to musical theatre to jazz and tap.

Woflrum wearing model’s own relfects on her storied ballet career.

“I was a guest artist for (Barrington Dance Ensemble’s) annual Nutcracker performances for over 16 years,” Wolfrum continues. Everyone at Barrington Dance Ensemble is like a second family to me. They have been so supportive of me, right from the very beginning. It’s been a very loving and nurturing relationship for me through the years.”

After retiring from River North, Wolfrum also dove feet first into musical theatre, performing as a dancer, singer, and actor in productions such as Carmen, My Fair Lady and The Pearl Fishers at The Lyric Opera of Chicago and The Marriott Theatre. But soon, another love began pulling at her heart.

“I was going to be 40 and I wanted a family,” she remembers. “I was having trouble. And my husband was like, ‘OK, when are we going to do this?’ So, when COVID hit, it was actually a blessing in disguise. (Pauses.) Now that I think about it, it dawns on me that the last time I danced was right before COVID.”

She draws in a deep breath.

“For me, the pandemic forced me to be okay with saying goodbye to the stage,” Wolfrum says. “I knew that the idea of performing was gone for awhile. So, I decided to concentrate more on teaching. And then I got pregnant. I knew that my life had shifted. I found out I was having twins. And if COVID didn’t happen, I don’t think I would have these two.”

And today, as much as she basks in the happiness that comes with being a mother, she admits that she finds herself missing the magic that comes from dancing.

“When I was on the stage, it felt like I could be myself and I could truly express myself,” she says. “I loved sharing that passion of mine with the audience. The energy was palpable.”

And while that energy of which she speaks of is currently evolving, Wolfrum says she can still feel it. So much so that today, at 42 years of age, she finds herself craving it all over again.

“Performing will always be a part of me,” she concludes. “I’ve gone through a couple of retirements throughout my career, and the stage always brought me back. I’m back to directing and choreographing, but I don’t think I will dance anymore. At 42, my body is just not there anymore … and that’s okay. I’m okay with it. I’m proud to say that I had one of the longest careers in Chicago. I’ve been here professionally dancing from 2002 to 2020. I’m really proud of that and now I will watch others and support them.”

For more information on the Barrington Dance Ensemble, visit barringtondance.org.