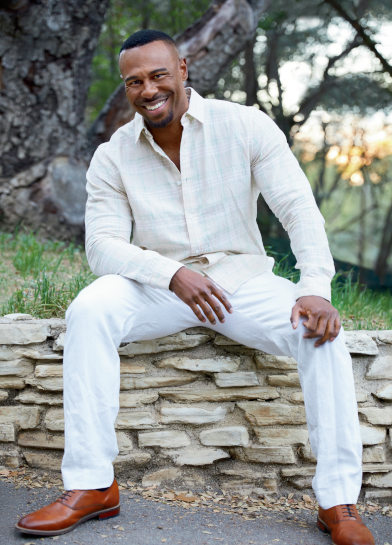 Driving through the Grand Canyon, Eltony Williams flipped from radio station to radio station. He heard static. More static. And then from the relentless fuzz arose a deep voice that said, “God has already given you everything you need to do what you want.”

The sermon faded out but Williams was still listening. “In 15 seconds, it all became clear. God has given me all I need to do what I want. And I just started doing things that I didn’t know I could do.”

The seasoned actor, best known for his role as Dr. Randal Holmes on Tyler Perry’s hit If Loving You is Wrong, has found success listening to the sage advice of others and tuning out the fuzz. Freshman year at Hoffman Estates High School, Williams scored a part in The Pajama Game, but dropped out when the musical conflicted with gymnastics. The following year, his drama teacher, Kathy Wandro, said, “Theater is meant for you. You are making different decisions this year,” recalls the HEHS class of ’98 graduate and homecoming king. 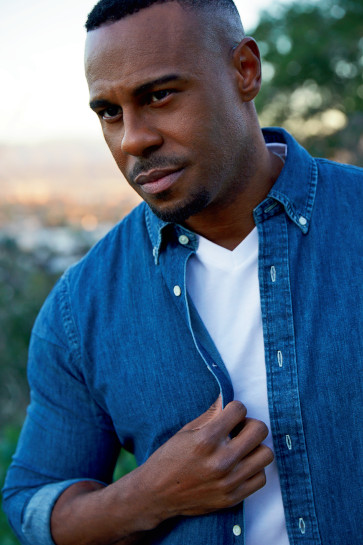 Trading tumbling for theater led Williams to Northern Illinois University, where he immersed himself in the college’s intensive Meisner acting program. In 2002, while still in his senior year at NIU, Williams booked his first play at the Steppenwolf Theatre—the lead role of Grant Wiggins in A Lesson Before Dying. The part required Williams to be present on stage for the entirety of the play. Of that huge undertaking, Williams remembers, “Although the weight of the show was on me, I don’t remember feeling a lot of pressure.” When the cool-under-pressure thespian stepped out from under the hot lights of the Steppenwolf stage one night, he found his high school drama teacher in the audience.

“I hadn’t seen her in five years. She came and surprised me. I still called her Mrs. Wandro,” recollects Williams with a smile.

In 2005, after performing in a second Steppenwolf Theatre production, Tennessee Williams’ One Arm, directed by Moisés Kaufman, Williams took advice he received at Northern Illinois University. “A guest speaker had told me to ‘get where you want to be as soon as you can,’” Williams recalls. Los Angeles was where Williams wanted to be.

Williams was ready to trade the stage for the silver screen—television was calling to him. “At the time,” Williams says of the early aughts, “there was more of a ceiling in Chicago and you could only go so far.” So the then-20-something picked a date in the near future to move, preparing to leave a hometown that Williams fondly remembers as a place where, “without many distractions you could nurture your creative side.” 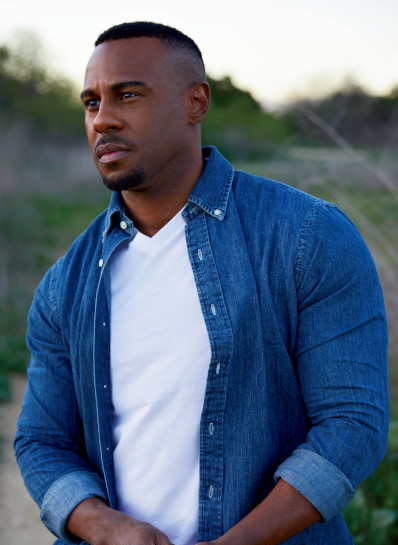 On a frigid January day in 2005, Williams embarked on the two thousand-mile journey from Chicago to Los Angeles in a stick shift Ford Mustang, pockets lined with $800 borrowed from friends and family. “It’s all I had to my name,” says Williams. He couch surfed before finding a cheap West Hollywood rental. He worked at Macaroni Grill with a broken arm. He went to casting call after casting call. For many aspiring Hollywood actors, the story ends here. But for Williams, whose personal mantra is “don’t procrastinate, just create,” his Hollywood story was just beginning.

Suddenly, the roles starting pouring in. Williams landed small parts in ER, Criminal Minds, House, and The Ghost Whisperer, and soon after a guest star on Bones. But Williams hit pay dirt when he auditioned for the role of psychologist Randal Holmes on Tyler Perry’s If Loving You Is Wrong.

“I did not expect to get the role. I did an audition and went to the gym to shake it off. I got a call right away that tomorrow I was going to meet Tyler Perry for the callbacks. Tyler Perry is enormous—6’5”—his hand is the size of a catcher’s mitt and he’s intimidating.” The next day Williams says, “As I was driving down the hill home [from the callback] I got a call from my agent saying I booked it. Tyler Perry knew I was the guy for it. It kinda changed my life right there.”

The season premiere of If Loving You Is Wrong was the highest rated in The Oprah Winfrey Network’s history. Williams spent five seasons playing an unhinged psychologist with infidelity and anger-management issues, a clear standout on a show about husbands and wives living in the same fictional neighborhood of Maxine.

During lulls in filming If Loving You Is Wrong, Williams branched out to screenwriting and producing. “I really enjoy the storytelling process. I always have a new scene I want to come up with and can come up with stories with a snap of a finger. My mind works in a weird way,” says Williams.

Last summer, Williams filmed his supernatural thriller Book of Cain, loosely based on the Bible story of Cain and Abel, in the bayou of New Orleans, knee deep in a mosquito and alligator infested swamp. “I wrote it, produced it, directed it, and starred in it. Juggling everything was fun but different. It was fun having the full creative control, but it’s a lot of hats,” says Williams. “Seeing my artistic vision come to life is a dream.”

Williams credits his transformation from starry-eyed teen in drama class to Hollywood actor, writer, and producer to his strong work ethic and moral compass. His advice to anyone with a dream?

“You work hard, you put in the work, and you check in and ask yourself, ‘am I doing the right thing?’ Things fall into the right place when you are doing the things you are supposed to be doing.”