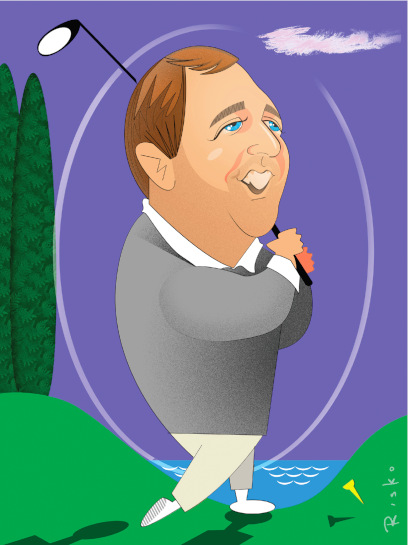 Located in North Barrington, The Club at Wynstone offers a snippet of resort living right here in the Midwest. Most notably, the Wynstone community is home to the highly esteemed Jack Nicklaus Signature Course. The Club also features a family-friendly swimming pool, tennis courts, a fitness facility, and clubhouse offering superb dining both inside and outside. It is exactly what it advertises, a full-service private lifestyle club. “Well, it’s kind of a hidden gem. You can’t see it from the road, you don’t really know it’s there. It’s quaint,” says General Manager Jason Waters.

Developed in 1987, today the Wynstone community has matured into 750 acres of tranquil terrain and 120 acres of scenic lakes. In 2017, nine families purchased The Club at Wynstone and it is now managed by Century Golf Partners Management. Adding to the unique nature of The Club at Wynstone, the ownership families have made it a priority to guarantee no assessments or minimum spending for its members.

“Everybody seems to know everybody one way or another,” adds Waters. Wynstone is dedicated to creating a family-oriented feeling and is a membership by invitation club. The Club at Wynstone is also labeled a Residential Community including 437 homesites creating an incredibly special gated community. “The Members, especially those that live inside the Community joke that it’s their own little bubble,” says Waters.

The championship golf course, ranked as a top 100 course by Golf Digest when it opened in 1989 is the only Jack Nicklaus Signature Design in Illinois. In 2015, the course itself was updated with new greens and fairways and continues to follow the master plan of Mr. Nicklaus himself. The course is extremely beautiful including large water features, dramatic bunkers, and 007 bent grass greens providing a promising day on the links. “It’s always been a real crown jewel of the community and really a wonderful golf course to play on a day-to-day basis,” said Waters. The Club is constantly looking for new distinctive ways to advance for its Members. Whether it be services or amenities the club prides itself on custom branding to elevate the Wynstone experience. The Club impressively has its own beer, generates its own barrel-aged Old Fashioneds and Manhattans, as well as its very own Pinot Noir. The effort behind specific branding is really what sets the club apart creating the “Wynstone Experience.”

As the seasons progress, The Club at Wynstone is preparing to offer activities in conjunction with the holiday season. Traditional Thanksgiving dinner, brunch with Santa, and New Year’s parties are all upcoming events that Wynstone is looking forward to. Other fall activities include wine dinners monthly and the fan favorite, a night of dueling pianos.

Wynstone is growing and continuously updating its offerings while remaining true to the unique property and all it has to offer.

The Club is located on One South Wynstone Drive in North Barrington. For more information, call 847-304-2800 or visit wynstone.org/golf.