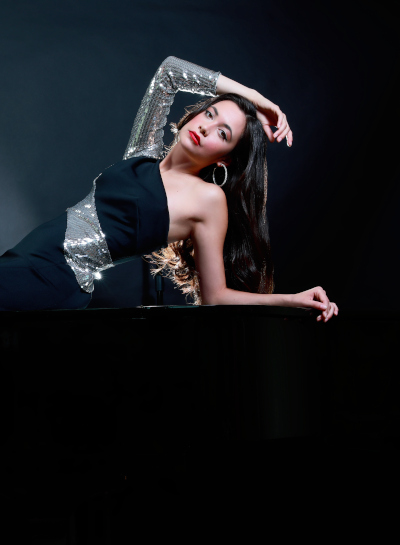 After debuting her first album this year, accolades for Leikyn Bravo rolled in, including being named to New York Weekly’s Top 10 Females of 2021 in whose company on the list included Beyoncé. But to know Leikyn Bravo is to hear the sounds of her music.

“My mom used to tell me stories from when I was little that I was always singing,” Bravo says with a laugh. “We have so many videos from those days to prove it.”

It’s more than a hypothetical guess that Bravo must have music in her DNA—her mother was once in the high school marching band and her dad was part of a garage band when he was growing up in the Philippines. So it comes as no surprise that the minute Bravo could get up on a stage—she did.

“I was in choir in seventh grade. I was doing magic shows. I started taking ice skating,” she says. “I really loved performing.”

Before Bravo even got to high school, she had her first role in the professional musical “It’s A Wonderful Life.”

“I got a taste of what it would be like to make music a career and I knew that’s exactly what I wanted to do,” she says.

When Bravo got to Barrington High School, she immediately found the theater.

“I was super involved and did everything I could: musicals, choir, the acapella group. It all played a role in rounding me out as a musician.” 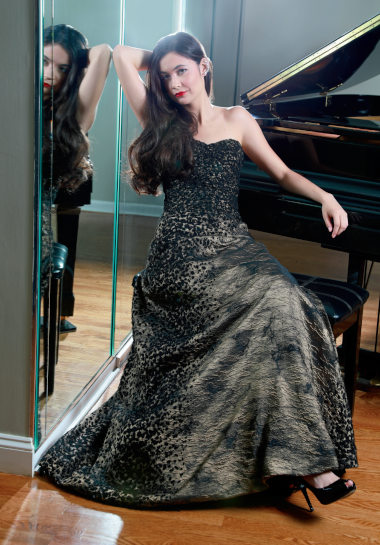 After graduating from high school, Bravo headed to the esteemed Berklee College of Music in Boston. “It wasn’t lost on me where I was, this amazing school filled with all of this talent,” Bravo explains. “I went back and forth between feeling like I belonged there and feeling like I wasn’t good enough.”

But Bravo was good enough and finished her college degree in songwriting in just two years. She graduated and was ready to take on the world.

“I decided to sell everything I owned and buy a one-way ticket to Egypt,” Bravo says. “From there, I spent the better part of a year traveling to as many countries, cities, and rural areas as possible in order to really experience different lifestyles, music, and culture. I stayed in hotels, hostels, I camped, and I couch-surfed. The experience of traveling alone as a woman taught me so much about trusting myself, not fearing what the media reports, and creating communities wherever I was. I’m proud to say that I visited 45 countries across six continents.” 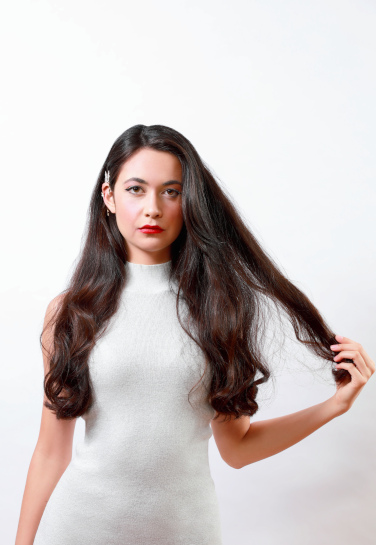 There’s a fearlessness to Bravo that at first thought one thinks maybe comes with her young age, but on further examination it’s clear there must be something in her makeup that steels her. When asked if her parents were nervous about allowing her to travel to the other side of the world alone, she says “no.”

“I think they saw it coming,” says Bravo. “I’d never been the girl that took a traditional path. They knew I couldn’t get the experiences I wanted if I didn’t see the world. They trusted me enough to let me go. It was one of the best years of my life.”

After a year overseas, joining bands as she moved from country to country, Bravo came back to the states and landed in Los Angeles. “This seemed like the logical next place for me to be to pursue music,” she adds.

But the world had other ideas. Bravo hadn’t been in California long before cities were in turmoil. Then just when she was beginning to think about returning home to Chicago, COVID-19 and its ramifications began to unfold and sealed Bravo’s decision to move home.

“I think people thought I was sad that California didn’t work out, but I didn’t really feel like I was missing out,” she says. “I think that it helped that so many of us were going through the exact same thing.”

When Bravo got back to Chicago, she took on a number of odd jobs, including trying her hand in real estate. But in December 2020, a friend of Bravo’s reached out and asked her to help him write a song and it changed her life.

And that’s exactly what she did. She spent countless hours reimaging her sound, filming music videos, and putting together a talented team to help make her ideas come to life. Her debut solo album “Songs You’ll Never Hear” shares a glimpse into her journey overcoming obstacles, having doors slammed in her face, and finding her love of music again. It showcases Bravo’s belief that you don’t need to wait on others to find your own success.

“Coming home ended up being such a great thing for me,” Bravo says. “I’m so grateful to Barrington and the people who have been helpful in my journey. My parents have been so incredibly supportive and are excited to see where my music takes me. They want my dreams to come true.”

To learn more about Leikyn Bravo, visit leikynbravo.com. The album is available on all major platforms including iTunes and Spotify.