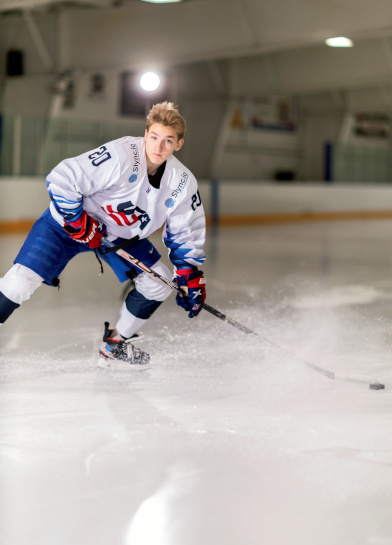 Rob Hutson’s ears perked up 14 years ago. Way up. A native of Canada, he was in a golf clubhouse just outside of Barrington when he heard a familiar accent emanating from a group of men engaged in conversation.

Somebody was speaking with a Canadian lilt.

“Rob headed over to the group and asked, ‘OK, which one of you is Canadian?’ ” Hutson’s wife, Julie, recounts.

Kyle Behrens, of North Barrington, was the one. They talked. The subject of hockey—no surprise—surfaced. Behrens found out that Hutson, who had just moved from the St. Louis area to North Barrington with his family and had a mad-about-hockey son named Lane, was the Director of the Barrington Redwings Hockey Organization and spent the bulk of his days at the Barrington Ice Arena. 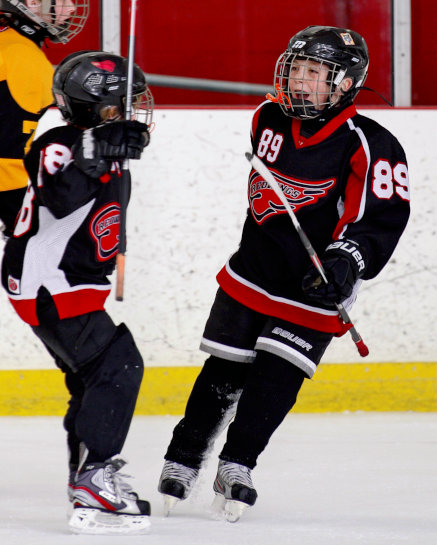 The boys celebrate together in their youth

Hutson discovered that Behrens’s son Sean had signed up for a youth hockey program in Crystal Lake.

What are the odds? Two teens, from tiny North Barrington (pop. 3,000), skating against the world’s best hockey players? Too difficult to calculate.

Team USA played in five games, including a quarterfinal loss to Sweden. 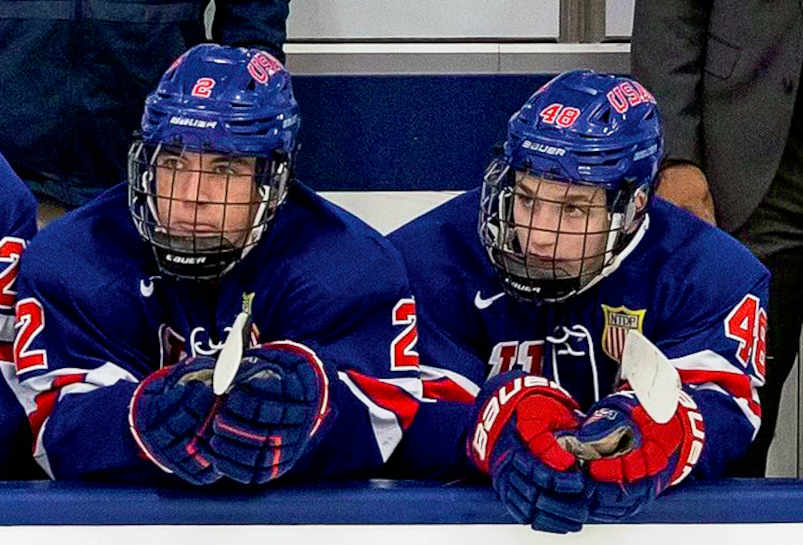 Behrens and Hutson shoulder to shoulder

“I don’t think any of our teammates knew we’re from the same hometown,” says the 5-foot-8, 155-pound Hutson, a second-year member of the National Team Development Program and a senior at the Michigan International Prep School in Clinton County.

“What an unbelievable experience. I learned so much down there, from how to handle momentum changes to dealing with pressure at a tournament that big.”

“We all took it seriously,” adds Hutson, who saw about 13 minutes of ice time per game at the outset of the tournament but gained the trust of the coaches and logged between 19-20 minutes per game by the end of the event at Comerica Center. “The coaches were detailed. We were dialed in every day.” 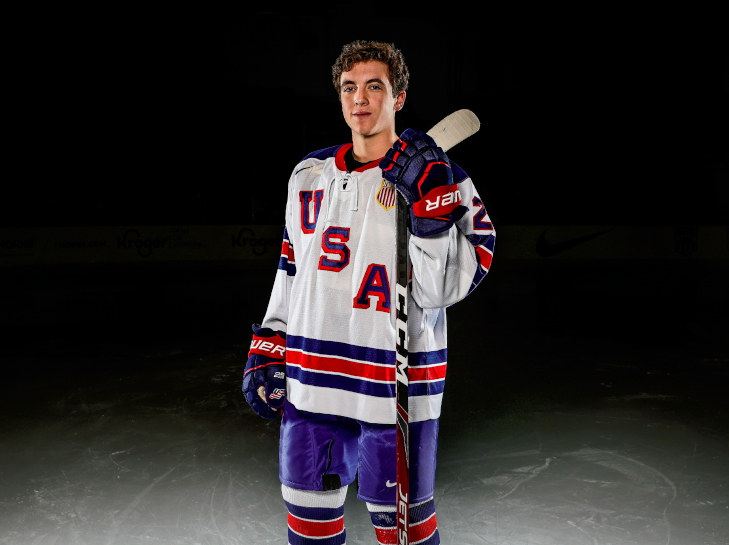 The 5-foot-10, 177-pound Behrens, who attended Barrington High School for only one year (age 14), was a University of Denver recruit when he hit the ice for Team USA. Some three months later the Colorado Avalanche selected Behrens with the 61st overall pick in the NHL Draft. Behrens was ranked the No. 24 skater in North America before the draft.

Behrens intends to play college hockey, and likely study business, for an indefinite period of time while Colorado retains his rights.

“I need to get a little stronger, a little faster, before attempting to play at the professional level,” admits Behrens, a two-way defenseman who moves the puck like a seasoned forward (his former position) and admires everything about Chicago Blackhawks captain Jonathan Toews’s game and leadership style. 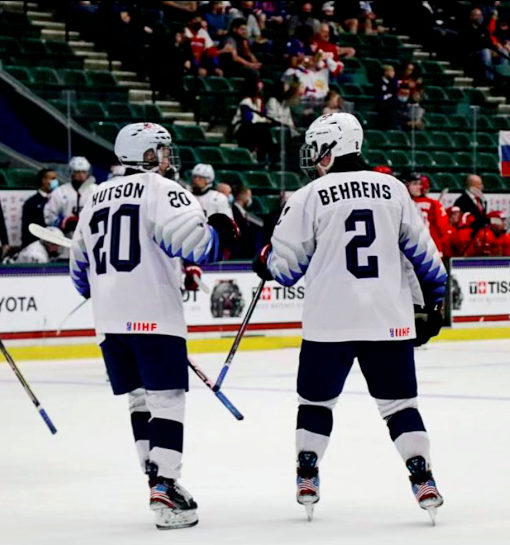 On the ice, Hutson and Behrens

“But that was pretty cool, getting drafted by a team that’s in the back yard of the college I’ll be attending.”

The Chicago Blackhawks open the 2021-2022 NHL season against the … Colorado Avalanche.

A student at Northville High School in Michigan in 2020-2021, Behrens joined Kyle and his mother, Caryn, along with his sister, Lindsay, 21, at a buddy’s house in Michigan on the day of the NHL Draft. Sean had practiced that morning ahead of the World Junior Summer Showcase.

The gathering heard Sean Behrens’s name announced at around noon. Hutson, a huge fan of Chicago Blackhawks right wing Patrick Kane, was selected to suit up for Team USA in early 2020, when it silvered to gold-medal-winner Russia at the Youth Olympics in Lausanne, Switzerland. Hutson also happens to be a big Sean Behrens fan.

“I’m excited for him. I know he’ll do really well at Denver,” says Hutson, who will be eligible for the NHL Draft in 2022 and plans to enter—with his hockey-playing older brother, Quinn, 19—Boston University next fall. “Sean’s game is all about control—he controls the pace of games with his ability to move the puck. And he’s always willing to block a shot. Sean can do it all, honestly.”

Behrens sees nothing but more success for his former Redwing mate.

“Lane,” Behrens says, “is a really special player. He stood out for Team USA in Texas and helped the team a lot. He was one of the younger guys on our roster, but he came through after several guys went down with injuries and Covid issues.”

In a United States Hockey League game in the lead-up to the U-18 Men’s World Championship last spring, D-men Behrens and Hutson skated shifts together. At one point, with their team up by a wide margin, Hutson, sitting next to Behrens on the bench, said, “Just like Redwings, huh?’ ”

Fond memories of their fathers/coaches must have returned, too, their distinct voices accompanying the sounds of hockey: blades scraping ice, bodies and pucks banging into boards, horns blaring after goals.

“My dad,” Lane Hutson says, “helped me tremendously when he coached me. So did Sean’s dad. Both set it up for us to move on to the next levels of hockey.

“Our dads love hockey as much as we do. All they’ve ever wanted is what’s best for us.”