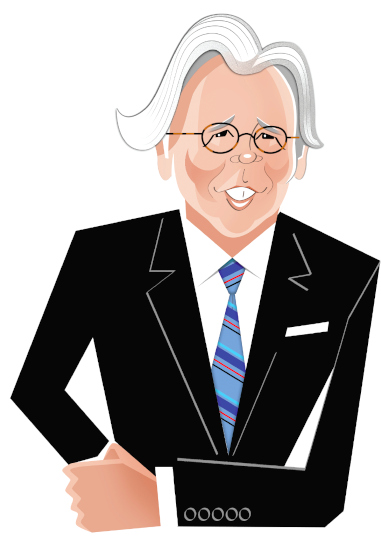 “I’ve always had an interest in architecture,” shares Peter Yankala, owner of Phillips Men’s Wear in Barrington. “The phrase of American architect, Louis Sullivan, ‘form follows function’ applies to our day-to-day business model.” Which, like everything else, was thrown a curve ball this past year. So, what now?

Founded in 1946 by the Phillips brothers who were born and raised in Barrington, Phillips Men’s Wear is a specialty retailer consisting of clothiers, tailors, and stylists. The Phillips brothers originally were accountants for Jewel—who in 1910 had opened a headquarters in Barrington in order to more effectively broker with the neighboring farms to place their produce in Jewel’s stores.

Noting the difficulty in traveling to downtown Chicago for new menswear, the Phillips brothers launched what would now be considered a pop-up as they began to bring fabric swatches from Chicago’s Hart Schaffner & Marx to their offices—leaving out swatches for colleagues to stop by, select, and write down their measurements for. The brothers would then take that to the city, have the suits made, and return them to their colleagues at Jewel. Soon they had such a booming demand, that Jewel asked them to find a new location—which they did starting Phillips Men’s Wear in downtown Barrington 75 years ago. In 1974, Yankala purchased the men’s wear store and continues to dress the community in the elegant tradition of men’s stores in London and Paris.

“Historically, we’ve been a business store where we dress this demographic appropriately for the events in their life. Whether that be a gala, social gathering, traveling, or doing business internationally,” says Yankala. “What we do follows what our demographic does, reconfiguring to fit the lifestyle that our customer leads.”

“We are seeing new classifications that are now mainstays, like athleisure wear and fabrics that are wash and dry, easy to put on and wear in the home office, and to run an errand in downtown Barrington,” says Yankala. “And there’s been an entire change in shoe wardrobes.” Clients who previously only had dress shoes for suits and loafers for sport coats, now need a brand-new classification of shoe to wear with the athleisure wear. “We now carry 19 different styles of shoes including a new classification—the soft sole shoe which is based on a running platform. It’s called a ‘cross court’ as the shoe can be worn across town or across the basketball court and is needed for a blue jean or athleisure wear bottom.”

“A lot of our customers used to travel to Europe for their leisure time, now they’re staying put and have more time to play golf—an area of classification that increased for us incredibly.”

As custom garment makers, Phillips has seen an absolute explosion in the wedding market, with their tailors completing as many custom tuxedos in a month as they typically do in a year. “The event itself has become so much more elevated as its an opportunity to get dressed up and go way over the top.” There’s a proprietary nature to how one dresses and uses style to stand out. “In 2017-2018, the trend was to wear business suits to a wedding, now it’s a tuxedo as there may not be another event to get dressed up for in the near future.”

One thing’s for sure, as their customer’s lifestyle evolves, Phillips Men’s Wear is there to meet their lifestyle needs. “As we see changes in the market,” says Yankala “we adapt.”

Phillips Men’s Wear is located at 123 East Station Street in Barrington. For more information, or to make an appointment call 847-381-1282.