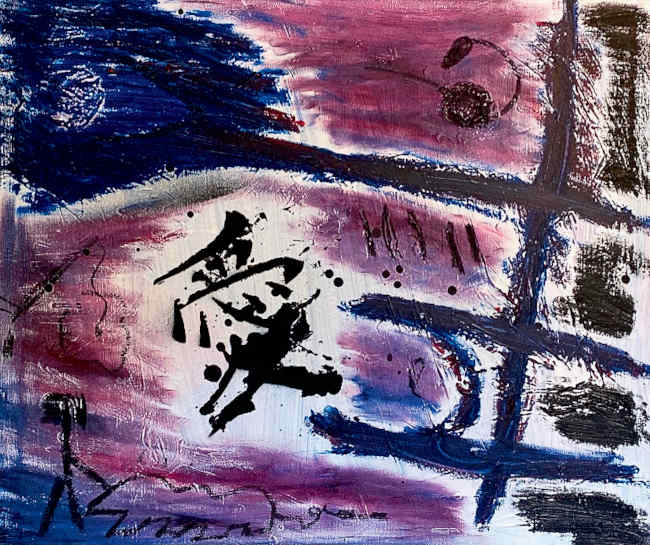 All it took for Barrington artist Matt Gabler to return to painting was the itch one day to alter one of his old pieces, the one he created at age 17. The best way to describe the hand painting?

“A green blob,” Gabler, now 23, says. Gabler had taken a break from art, in part because he was too hard on himself and thought his work was south of substandard. The green blob stared at him. Gabler colored in spots using blue and yellow hues and surrounded the painting with red paint.

He then stepped back and assessed the multicolored creation.

“It looked like a woman consoling a man,” recalls Gabler, who attended Providence Catholic High School in New Lenox and Lockport Township High School before taking business and accounting classes at Harper College in Palatine. “It made me cry. That’s when I realized, ‘Okay, I can do this.’ So I kept painting.” 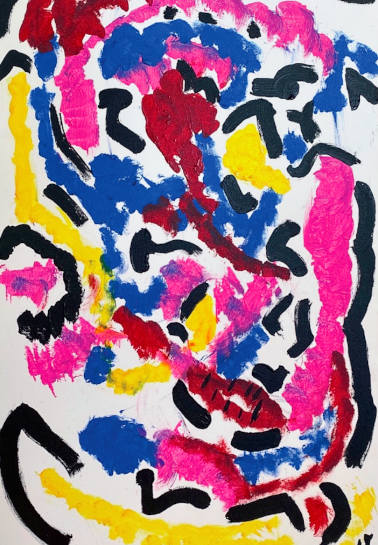 Gabler’s decision to hibernate his easel and art tools for more than a winter puzzled his mother, Sheila, other loved ones, and friends.

“We all wondered why,” says Sheila, whose late father, funeral home owner Matt Lamb (of Blake-Lamb Funeral Home in Oak Lawn), also owned eight art studios worldwide and was a gifted painter himself. “I love my son’s work. It resembles, in many ways, my father’s paintings. Many of my son’s paintings feature hidden faces—faces you notice only after turning the painting upside down. My favorite painting is the one that started as a boat; Matt turned that into a group of people at a table.” 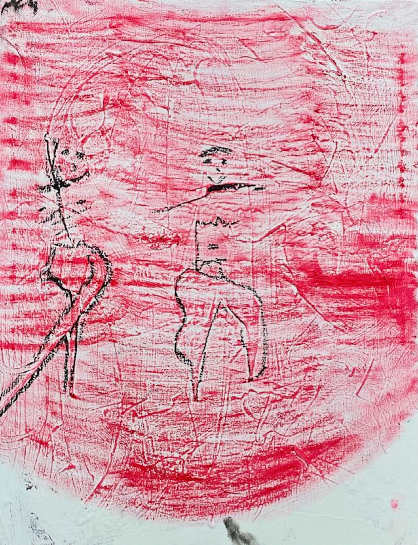 “Whatever he puts on canvas,” she adds, “is meaningful. It still surprises me what goes from his head to what appears on canvas. I’m thrilled that he’s doing what he loves, and that he came back in full force as an artist.”

Gabler’s art genre is abstract expressionism. Sadness, happiness, grief, hope … pick an emotion, any emotion. Gabler has likely depicted it on a canvas.

And he doesn’t limit forming each emotion to a paintbrush. Gabler has used a knife to splatter paint. He has set more than one piece of artwork on fire. Yes, fire. But the flames didn’t destroy the pieces. 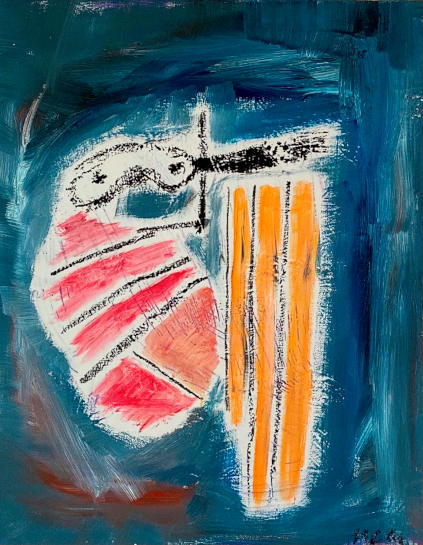 For Those That Are Shy

“I attack my paintings, and, like my grandfather, I want people to touch them and feel their layers,” says Gabler, who was inspired by one of Grandpa’s floral abstracts, in which the flower in the painting appears to be melting. “Sometimes stabbing a canvas is better than painting one. I’ve used water as well, to create puddles, to show a dreamlike quality.”

“Matt beats up his paintings, because life sometimes beats all of us up, right?” Sheila says. “People gravitate to parts of Matt’s paintings and pull out what they need. Matt has a gift for reaching people through ways other than words. His art is healing.”

His art also doubles as an escape for people of all ages in a pandemic- weary world.

Notes a private collector on Gabler’s website, (gabler.work), “The paintings add a sort of youthful feel to our collection in a world that is so rigid and uptight.”

In late spring Gabler planned to submit his artwork for consideration at summer and fall exhibitions and in competitions. But not before relying on his trusty panel of local “judges,” namely family members, friends, and his girlfriend of nearly two years, Olivia.

“They’re all great because they’re completely honest with me whenever I ask them what they think of my paintings,” says Gabler, whose stepfather, Michael, owns Michael Miller & Co., a jeweler in Barrington. “I’m close with my stepdad. He’s always backed me, and he continues to tell me, ‘Never sell yourself short. Keep pushing.’”

“My paintings astonish him. There used to be paintings of landscapes all around the house. Now there are about 25-30 of mine, abstracts, with colors exploding in most of them.”

The artist is a philanthropist, too, having donated art proceeds to the Cancer Treatment Centers of America’s Gateway for Cancer Research Foundation. Matt’s father, Joe, died of brain cancer five years ago.

“My son is a self-starter,” Sheila says. “You never have to tell him to do anything. He sets high standards for himself and meets them. He’s made mission statements for himself. Matt knows where he wants to be five years from now and 10 years from now.”