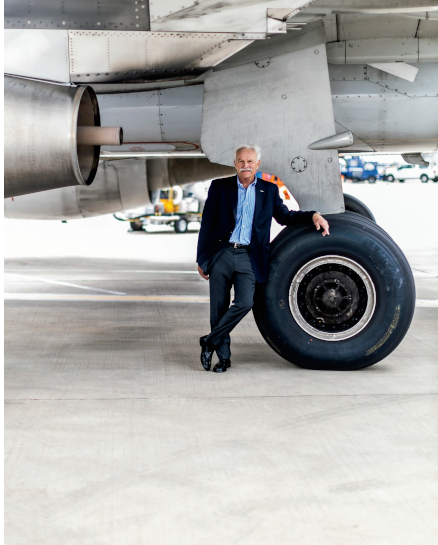 Growing up in a small Wisconsin town and spending lots of time on his grandfather’s farm, John Jirschele, a 35-year veteran pilot for American Airlines—12 of those as a Chief Pilot at O’Hare—learned early to operate and repair machinery. His grandfather taught him to drive pickups and tractors to help with the relentless farm work.

Jirschele’s father, himself an accomplished pilot in World War II, instilled in him the desire to fly and taught him the basics.

“Thanks to my father, I got into flying early, receiving licenses to fly for hire and teach other aspiring pilots by age 18. While still in high school, I was teaching other high school friends to fly,” says Jirschele. His father challenged him and his four siblings to explore new things like chess, photography, technology, and flying. It turns out these early skills mapped out a career plan for Jirschele.

Jirschele planned to take off in an aviation career, but the Vietnam War had other plans for him. “I graduated from the University of Wisconsin at Madison in 1972 and the war was still going on,” he says. “I had a low draft number and would likely be drafted, so I joined the Air Force.” He spent the next year learning to fly high-performance, supersonic jets. 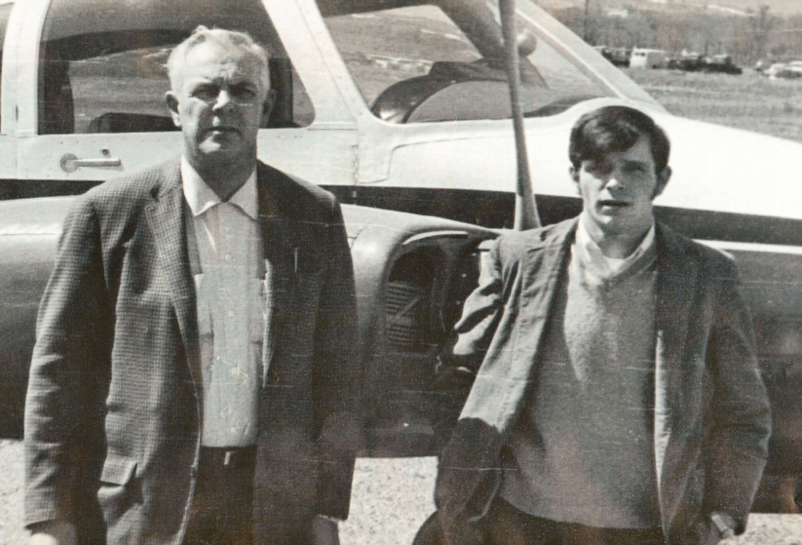 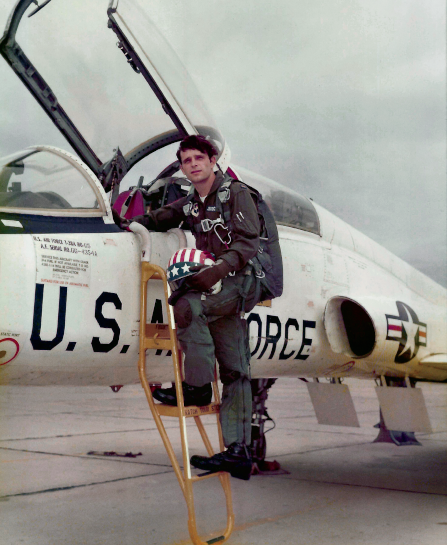 Jirschele at Air Force Undergraduate Pilot Training, Webb AFB, Big Spring, Texas in Summer, 1973. The airplane is a Northrop T-38 Talon, a supersonic trainer used during the second half of the year of pilot training.

It turned out joining the Air Force was the right move. A large, systemic shift was about to take place: The 1973 oil embargo. Had the airlines hired him out of college, he would have been furloughed.

Later, a second major shift occurred. The United States pulled troops out of Vietnam and the Air Force had too many pilots, so the military released him. “I got out early and started a career as an airline pilot. No matter how much you plan, a lot of career success is just being in the right place at the right time.”

When he was in the military, Jirschele flew wounded soldiers in C-9 medical transports. He used his teaching experience to help design a new training course for C-9 pilots. He transferred this love of flying and teaching when he joined American Airlines in 1976. Progressing from flight engineer to captain while there, Jirschele always loved teaching and the technical side of flying.

Jirschele rose up the ranks to become the Director and head Chief Pilot at O’Hare, a job resembling the puzzles his father used to love. “The airlines operate large, complicated travel networks to fly passengers,” he says. “Safety is first, always first, but then you work hard to give passengers a smooth ride, great service, and do it all efficiently.”

There were a lot of pieces of the puzzle at O’Hare. He was the link to as many as 2,200 pilots for airline operations, making sure pilots were ready to fly, and resolving any operations problems. He helped resolve problems crews identified, and safety remained paramount. It’s this piece of the puzzle that he’s most proud of.

“My friends and acquaintances often ask if flying is really safe. I always give them the same answer—the riskiest part of your next trip will be the drive to O’Hare.”

Now retired, Jirschele witnessed another massive systemic shift with the pandemic. But he weathered the change the same way he endured them in the past—using the skills he’s learned to help people. He’s heavily invested in the Habitat for Humanity ReStore and helping fellow retirees.

“We have a group of retirees called Silver Stripes that have recently discovered Zoom meetings,” he says. They meet monthly to discuss issues, current events in aviation, and to socialize. “We were concerned about our members’ loneliness and lack of socializing, so we tried Zoom, and it’s been great,” Jirschele says. “Besides socializing, we invite guests to discuss aviation, finance, COVID issues, and more. A retired airline CEO even joined one of our Zoom meetings!”

He relays a story about how to weather stressful times. It is a wing stress-testing story. When you’re flying and you’ve hit some unforeseen turbulence and the wingtips are bouncing up and down and it’s scary—just remember the plane can withstand much, much more. “When they certify wings on a plane,” Jirschele says, “They have to stress test the wing for 50 percent more G forces than ever expected in flight.”

“At times, there was a lot of ‘stress on the wings’ during my career,  and I expect the same during the pandemic,” Jirschele says. But if you maintain a positive outlook, there are opportunities, too. It’s comforting to know that even when your wings flex from stress, they will continue to fly just fine. 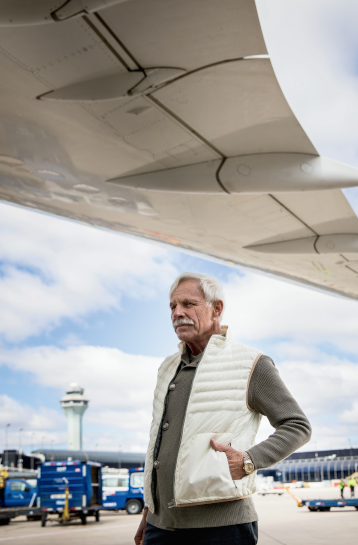