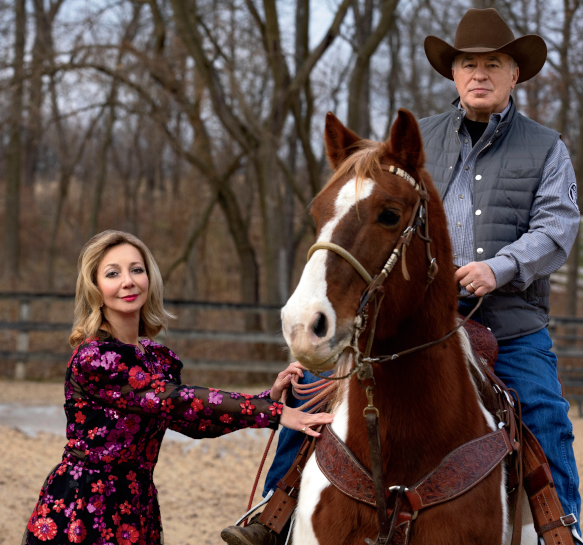 Carl Tommaso is riding hard. Boots in the stirrups and right arm up high, he whirls a lasso overhead, ready to rope a steer. Interventional cardiologist by day and cowboy in the margins, Barrington Hills’ Tommaso has been riding horses and roping steers in the competitive sport of team roping for more than 25 years.

“People ask me, how did you get into this?” says Tommaso. “And I say, listen, once you leave Cook County, this might as well be Nebraska—Illinois is a farm state, and team roping is fairly widespread here.”

A skilled cardiologist who at his busiest performed 800 or more heart operations a year, Tommaso says the sport of team roping has been a huge stress reliever throughout his career.

One of the first generation of cardiologists to specialize in interventional surgeries (angioplasties and stents), Tommaso has been practicing as part of the NorthShore University HealthSystem for more than 25 years. “I love the practice, but it is a very high stress occupation,” he says. “Team roping takes me to a completely different place, meeting people from all different walks of life.”

Although Carl and his wife Helen, an ICU nurse now working with the pulmonary practice at Northwestern Medicine Lake Forest Hospital, are planning to retire in 2021, Tommaso says he will keep riding and roping.

The sport itself is a rodeo mainstay. It grew out of cowboys’ work-a-day method for “stretching” steers when they needed treatment or care from a vet or owner. A two-person maneuver done on horseback, one cowboy (the header) lassos the head of the steer with one rope, followed by another cowboy (the heeler) who lassos the hind legs of the animal with a second rope. In competition, champion team ropers can complete the entire procedure in less than 4 seconds.

Like the more than 150,000 others who’ve fallen in love with the sport nationwide, Tommaso has competed in rodeos and traveled all over the country to participate in team roping events. 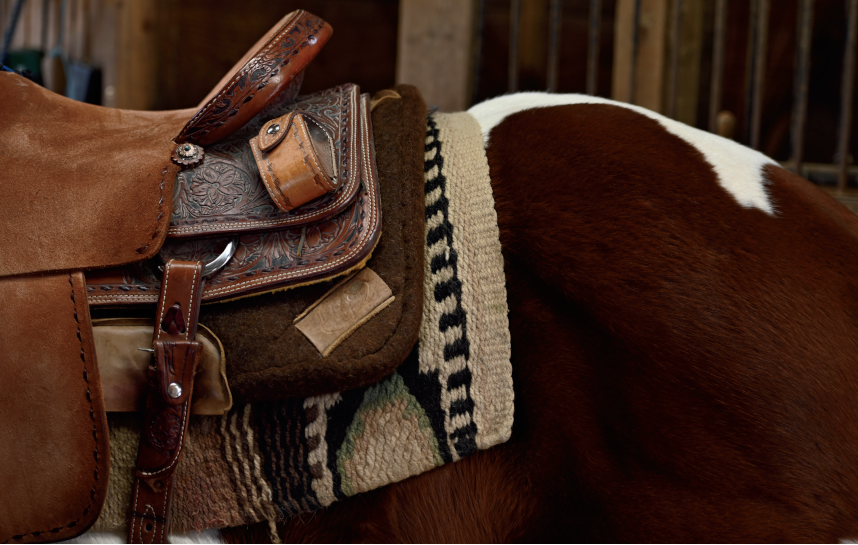 But the ones he’s enjoyed most happened in his own arena. For much of the 23 years since Tommaso built his family’s house on a five-acre spread here that includes a horse barn, and regulation-sized arena, Tommaso hosted team roping sessions Tuesdays and Thursdays, as well as “Ropings”—yearly events where locally based team ropers competed for the chance to win saddles and other prizes.

Tommaso’s beginnings with team roping were a natural outgrowth of his love for horses and a sporting life. “When my two daughters were young, I wanted them each to choose a sport,” he explains. “Sports can really enrich your life. When I was little growing up in New Haven, Connecticut, I wanted to be the second baseman for the New York Yankees,” he says, smiling. While the Yankees didn’t happen, Tommaso did make it to the semi-pro level, playing short-stop and second base in the Connecticut Twilight League. 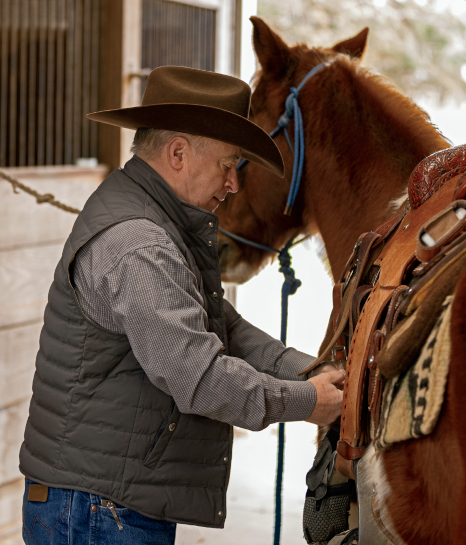 In response to her dad’s request, Laura, who is now a physician for Northwestern, said she wanted to learn to ride horses. Tommaso got Laura her first horse, Rosie, shortly after. When Laura outgrew Rosie, Carl just kept riding the horse.

Sometime later, on a family vacation to a guest ranch in Wyoming, roping came into the picture.

“One day after a trail ride, we came back and one of the wranglers had left his rope and a steer dummy sitting by the barn,” says Tommaso. “I picked the rope up and started throwing it. The wrangler came back and offered to show me how. I just got hooked on it. So that year for Christmas I got a plastic steer head and a rope, and I would just sit in the backyard throwing.”

As his skills progressed, so did the number of horses— and cattle—at Tommaso’s homestead.

“We’ve had as many as five horses here, and 15 head of cattle,” he says. Along the way, Tommaso learned from some of the best in team roping, including former world champion Bobby Harris. Now a good friend, Harris has Tommaso out to his ranch in Wyoming every summer. “I take both my horses and we just rope all day for an entire week,” says Tommaso.

For her part, Helen has been supportive of her husband’s leisure-time pursuits. “The horses and the team roping have meant so much to Carl over the years,” she says. “I think everyone should have something that helps them grow, meet new people, and stay active. For Carl, team roping has been that, and more.” 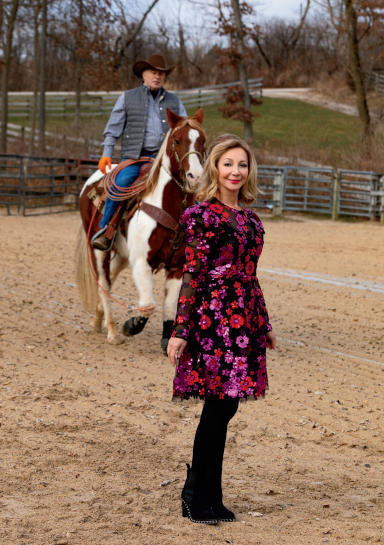