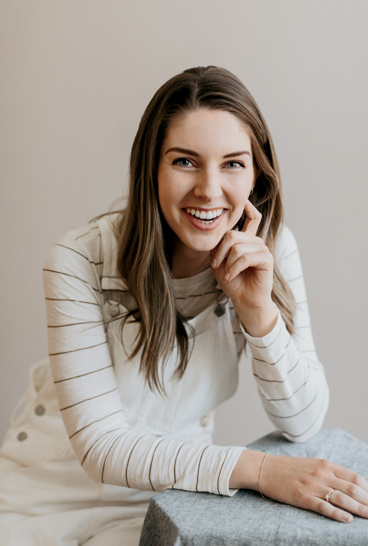 A recent sunny Tuesday afternoon found Rajic trotting through the fields of Barrington Hills aboard a chestnut gelding from Oakwood Farms. “I had always wanted to ride. Last September I decided to start lessons,” says Rajic. 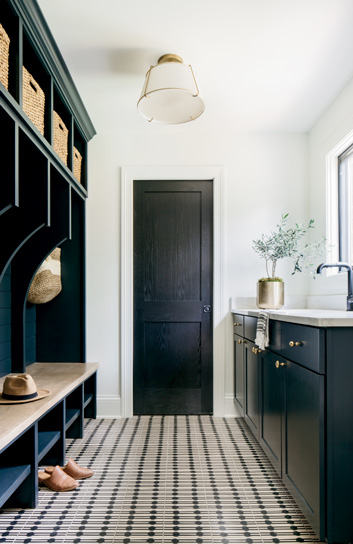 Growing up in Barrington, most days in the early 2000s one could find Rajic in Barrington High School’s dark room—giving her the foundation from which she eventually launched her successful interior design photography business. After college, Rajic was unfulfilled by the work she was doing. So, she picked up her camera again and began taking photos of friends, mainly engagement shoots and portraits.

The opportunity soon presented itself for her to photograph real estate listings, but shooting interiors is not for everyone. “The work is tedious, with a hyper focused attention to detail that lends itself to a very specific way of shooting. It takes a lot of patience, and I love it,” effuses Rajic. Recognizing within herself a passion for photographing interiors, Rajic reached out to Barrington interior designer, Kate Marker, whose children Rajic used to babysit. Meeting at Cook Street Coffee on East Station Street in town, Marker and Rajic chatted all things interiors with Marker agreeing to hire Rajic for smaller photography jobs as she got her photography business off the ground and honed her craft. 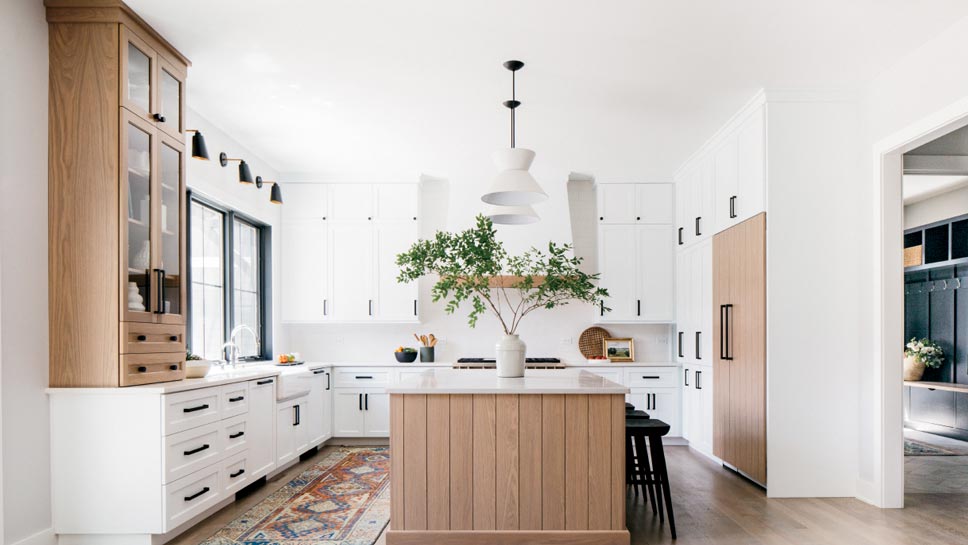 An entrepreneur at heart, Rajic began connecting with businesses she identified as—like herself—just starting out. Their limited start-up budgets allowed them to hire Rajic, which in turn served to build her portfolio. One weekend, “my Mom spent at a New Buffalo cottage whose VRBO pictures did not match the way she described it,” states Rajic. “I took a chance and reached out to the cottage owner to see if I could trade a weekend trip for new photographs.” Through business- savvy moves like this, Rajic identified opportunities through which to build her now robust portfolio. Social media also played a key role in business growth. Using Instagram as a research tool, Rajic thought “who could I work with that I could benefit from and I can add value to them?” Smart steps like this, along with the ever-present photo credit tagging on Instagram sped along the growth of her business. “The average work week for me in the beginning,” says Rajic, “was typically 70 to 80 hours a week.” 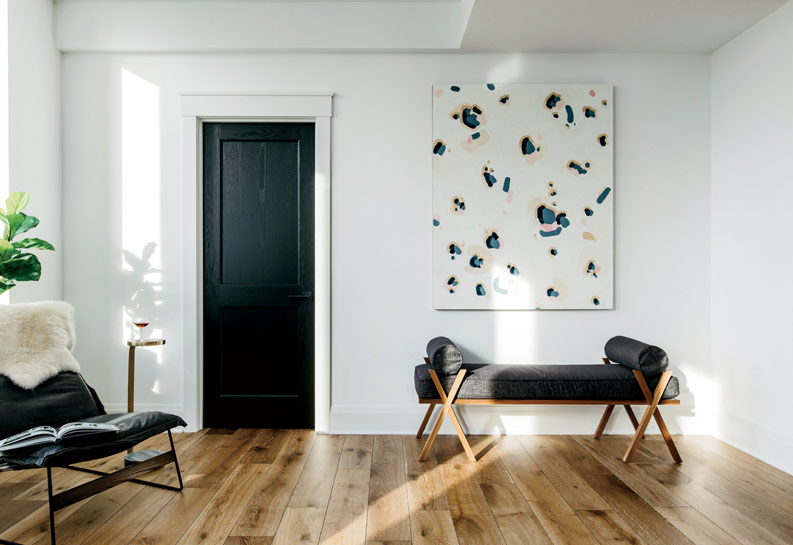 “A shoot can take six hours to set up,” Rajic shares. Working off the photo list provided by the interior designer the prop stylist culls items to bring to the shoot; removing some items, adding others, until just the right mix is set. “I work off the camera grid,” says Rajic. “It’s mathematical and collaborative. Looking at it visually I think, is it too busy here, is there too much negative space, and from there we make adjustments.”

“I’m tickled when I get to a project and see its beauty,” says Rajic smiling. “For a photo to look effortless, feel easy, and not appear too staged, takes a lot of behind the scenes attention to detail.” 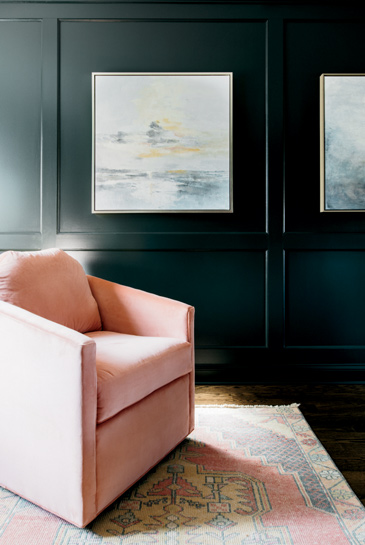 Focusing on slowing down and taking her time to capture the right shot, Rajic turns capturing the smaller moments into an art form. An ethos that crosses over into her personal life. At a time when the majority of her peers would not fathom contemplating a move to the suburbs, Rajic and her husband, Matt, traded in city life this past summer for a home in Barrington. 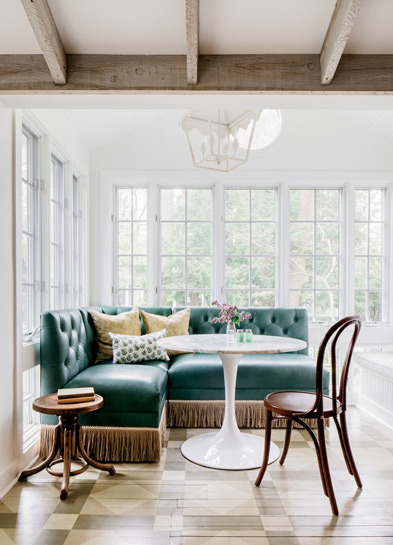 “It was always a dream of ours,” Rajic says wistfully, “to find around five acres of land, with space for a small farm with dogs, cats, but no chickens.” Rajic hilariously refers to chickens as the gateway farm animal, preferring to skip over housing poultry and move straight to goats—specifically the miniature pygmy goat. And perhaps with her ever-present dream of riding horses now a reality, there will be space for horses too. This fall, Rajic and her husband became owners of a little farm in Barrington Hills. The perfect setting from which Rajic will continue to work hard on challenging herself professionally and growing her business every day.

“I read a quote the other day: ‘real self-care is creating a life that you do not need to escape from,’” says Rajic. “We live in a time where our attention is commodified, it’s exhausting. I’m trying to live so that everything I do with my time is with intention, to live by the old adage that every ‘yes’ to something is a ‘no’ to something else.” 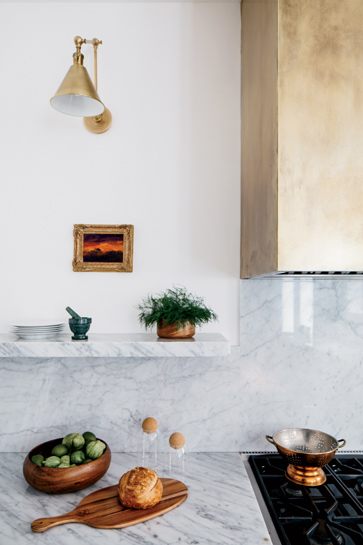 Rajic and her husband are confident in feeling “nudged in the direction” of a quiet home life in Barrington. “We are leaning into it,” she says.