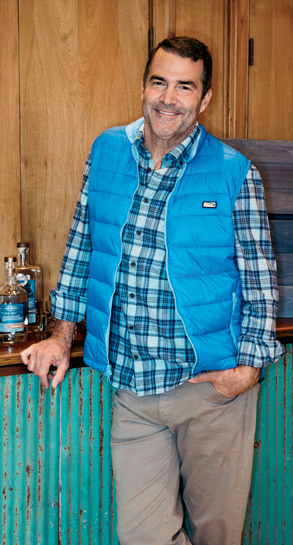 Bill O’Donnell with his line of Blue Ash Farm spirits

What’s new with “Billy O,” who grew up in Winnetka with six siblings, including brother and NCIS: Los Angeles actor Chris O’Donnell, and gardened his thumbs into a dark forest-green hue during his Loyola Academy (Class of ’82) years? The farm’s intimate Tasting Room, that’s what. It is scheduled to open later this year and offer his six products: a smooth, ultra-premium vodka; an all-natural cherry vodka made with real Wisconsin cherries; a flavorful gin infused with 16 botanicals; and three four-year aged bourbons. 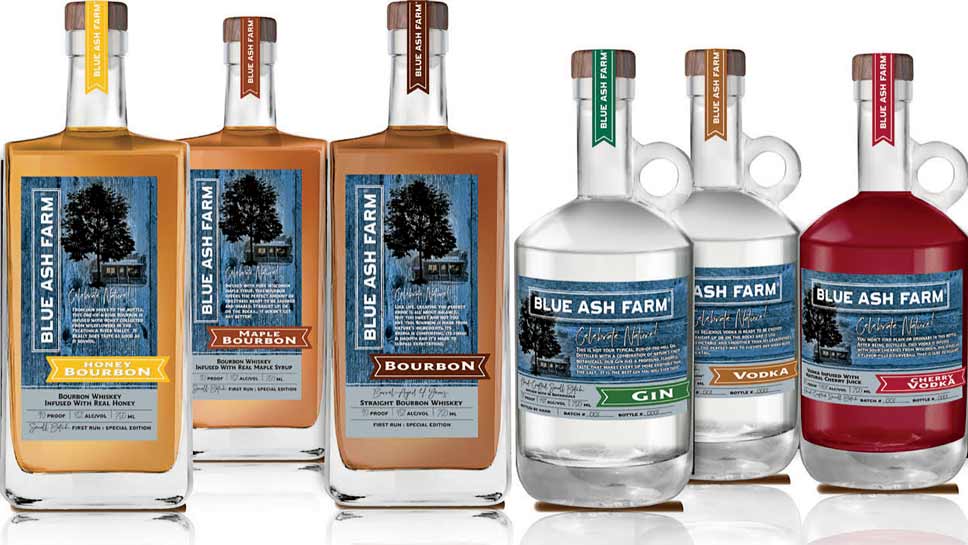 O’Donnell’s Blue Ash Spirits is a unique craft distillery. Its Maple Bourbon—steeped with maple tapped from trees on the farm in the picturesque Pecatonica River Valley—continues to draw raves from consumers and, unofficially, makes folks hanker for stacks of pancakes. A bee keeper as well, his Honey Bourbon, infused with the honey right from O’Donnell’s beehives, has an addictive sweet heat that keeps you wanting more.

“I got to a point in my life where I thought, ‘How can I turn Blue Ash Farm into a business?’” says O’Donnell, who bought a CME seat in 1986 and traded for 30-plus years in windowless environs before retiring from the hectic days in the pit. “I’m a nature boy, big on the outdoors, and the field of spirits has become another passion of mine. I’m trying to grow this thing. I’m getting good feedback on the flavor profiles. You know what they say: ‘Do what you love.’ Well, I’m doing that each day.”

Bill and his wife, elementary schoolteacher and Fremd High School graduate, Amy, purchased the 35 acres of land in the southwest corner of the Badger State nearly 20 years ago. Three years later he built a cozy cabin on site with his own hands, even though he’s not a trained carpenter. He also restored the farm’s different habitats; prairies, wetlands, and woodlands. The invitees to his otherworldly Labor Day weekend gatherings include friends he made in grade school. Among his many dreams is hearing his future grandchildren yelp, “Look, Grandpa Bill planted those trees!” 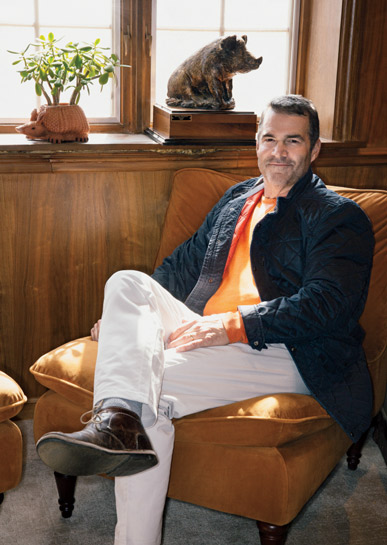 The escape is a two-hour, five-minute drive from the O’Donnell abode in Illinois.

“When I was working as a trader, I couldn’t wait for most Fridays, knowing I’d get to spend the weekend at the farm,” recalls O’Donnell, whose grandparents owned the original Blue Ash Farm (known mostly for tobacco and thoroughbreds) near Cynthiana, Kentucky. “I’d whip up there to canoe, to hunt, to fish, to work on projects … all kinds of projects. I’d be on my tractor for hours and hours, even at night sometimes, with the headlights on still mowing paths. Later I’d chill out, listening to the night sounds—I couldn’t get up there fast enough.”

O’Donnell, a John Carroll University (Ohio) graduate, stays busy in Illinois, too. His brother John owns johnnie-O, a clothing line. The brand character, notes its website (johnnie-O.com), “is a true fabric of East Coast Classic meets SoCal Lifestyle.” O’Donnell manages the company’s Northfield location, which opened in 2017, to provide “an O’Donnell presence,” he says. A group of women reserved a block of time at the space one spring to socialize and buy Father’s Day gifts. A variety of other events have been held there, too. 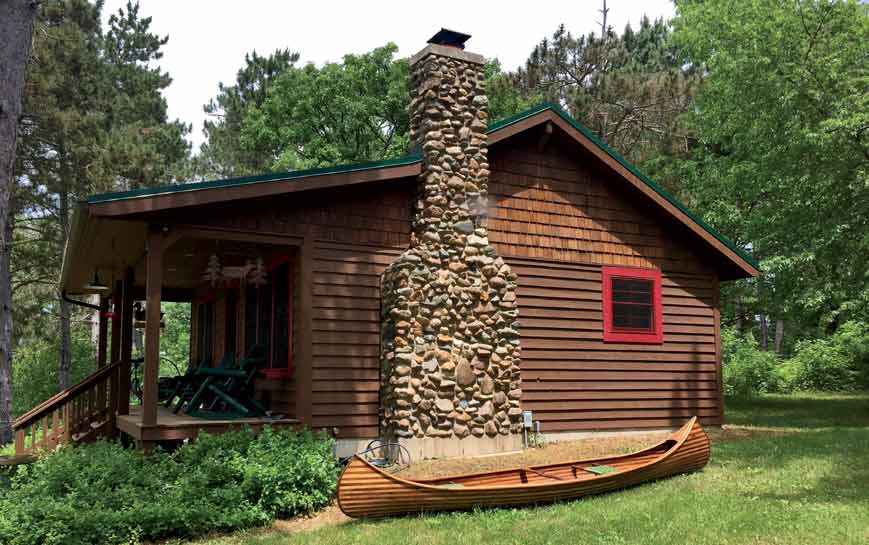 O’Donnell’s late father, also named Bill, was general manager of WBBM-AM from 1974-82. The radio station became a leader in the all-news format under his leadership. He met his future wife, Julie, in Michigan, and they got engaged five days later. 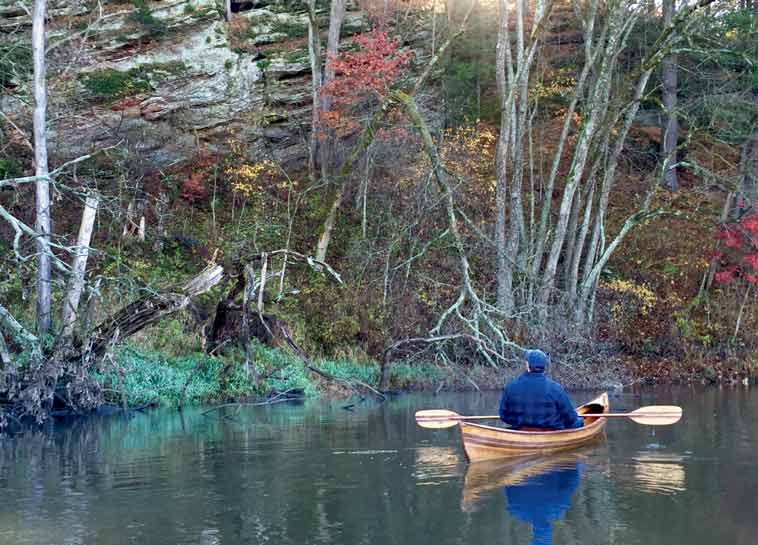 “We’re a fun, outgoing family,” O’Donnell says, adding he has 24 nieces and nephews. “My siblings and I grew up with a great work ethic and are all very close. We all have our own hobbies and I was known as the gardener, the fix-it guy, and the chef.”

Add canoe builder to his list of current titles. He has meticulously handcrafted canoes with each of his kids— Billy III, 22; Patrick, 19; Jake, 16 (and a Barrington High School sophomore); and Abby, 13—from trees he harvested at Blue Ash Farm. 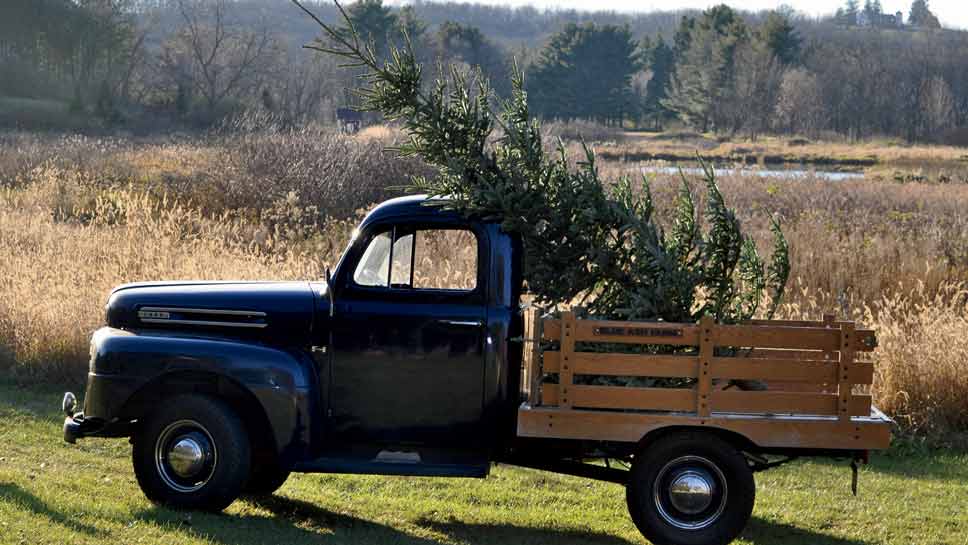 “The atmosphere up there recharges me,” says O’Donnell, whose pulled pork and homemade barbeque sauce made appearances on The Rachael Ray Show, and who served as a guest bartender on Watch What Happens Live with Andy Cohen. I’m not much of a sleeper; getting up at 6 a.m. or 6:30 a.m. is sleeping in for me. It’s not unusual for me to answer emails at 4:30 in the morning and then research spirits at night. But so much about what goes on at Blue Ash Farm is about family and friends and spending time with them. My wife has been incredibly supportive since I told her, “It’s time for me to leave the (Chicago Mercantile Exchange) floor.”