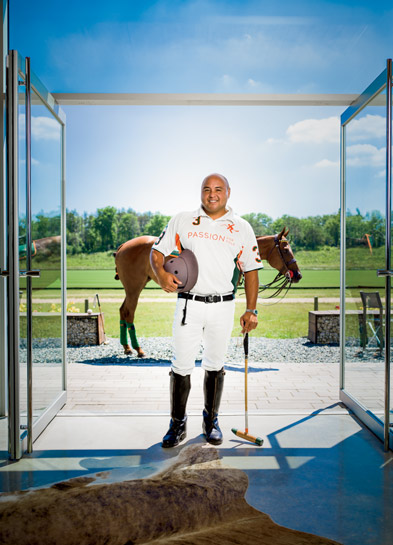 Much like other sports throughout the nation, nothing about this year’s polo season has been normal.

New restrictions and new protocol mean the ancient “sport of kings” enjoyed by so many in Barrington has looked and felt a little bit different.

“COVID-19 has been a damper to the polo season all over the world. It’s definitely something I wish was just a bad dream,” says Anthony Garcia, a veteran player with Passion for Polo in Barrington Hills. “We follow all the social distancing protocols, but polo is about having friends and family over, so it’s hard. We do get to hang out with our opponents after the games but not like in other seasons when we’d normally have a lot more guests at the games.”

All of that said, Garcia is thrilled to be back and playing the sport he loves.

“The crowd in Passion for Polo is a family-oriented crowd and a really fun group of people,” says Garcia, a Santa Barbara, California, native grew up playing polo with his father. “Polo is not only on the field but it’s also about the friends and family that spend time with us after. Polo is great.”

Like many in the Barrington area who love horses and the sport that showcases their beauty, he was hooked on polo at a young age.

“I moved to Chicago in 2002 because I was playing for Joe Ahern, former president of CBS/WBBM Channel 2 in downtown Chicago. We had met when I was playing in Santa Barbara in the summer of 1998 for Team USA in the Federation of International Polo World Cup,” says Garcia. 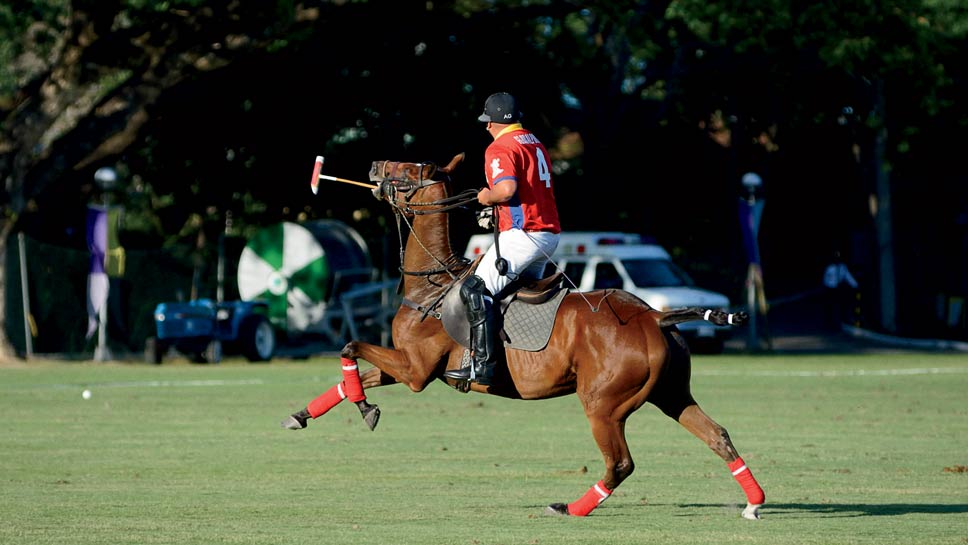 Anthony Garcia grew up playing polo with his father in Santa Barbara, California and is now a 5-goal player

He had played for Ahern in northern California with his Channel 7 KGO polo team. But when Ahern moved to Chicago in 2001 to run CBS, he brought Garcia with him.

“That’s where the leap of faith took place that moved me to the Midwest and eventually made Chicago my home,” explains Garcia, who lives in nearby Cary with his fiancé, Andrea del Rosario—an actress from the Philippines—and their two children from previous relationships, Bea and Bailey. “They are very supportive of my job and normally travel with me all over the world, wherever polo takes me. I’m very blessed.”

While Passion for Polo’s home field is on Old Sutton Road in Barrington Hills, the team has played in the UK, Asia and Argentina with plans to compete in Germany when the pandemic is over.

The team kicked off this year’s season last month with one of their favorite tournaments—the prestigious Butler Challenge Cup at Oak Brook Polo Club in Oak Brook. Viewing was limited capacity, socially distanced, “tailgate only” but everyone was thrilled to get back to the fields.

“Polo is a great group activity with family and friends that want to get out of the house, share a few drinks and laughs, and enjoy an afternoon watching the world’s most beautiful and adrenaline-fueled game,” says Oak Brook Polo Club Managing Director Danny O’Leary, explaining that matches continue there through September 27—culminating with the coveted USPA Butler International Cup. “People are excited to put those sweatpants and t-shirts away from staying cooped up at home and get dressed up finally for once.” 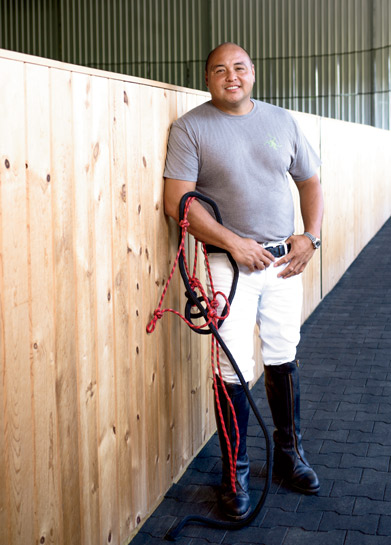 Even during this challenging time, he’s grateful to have found his place in Barrington Hills with Passion for Polo, first with Ahern and now with Frauke and Jan-Dirk Lueders— who caught the polo bug after attending polo school in Barrington Hills.

“Someone called me and said, ‘I have some friends coming looking for horses and I told them they were to come out and see me’,” he recalls. “I then replied and said, ‘sure thing … you know where I’m at.’ I was renting a barn in Elburn and Jan and Frauke Lueders showed up and the rest is history.”

Two horses became four, then six, then 10. That was five years ago. Since then, the Passion for Polo string has grown to 17, and Lueders have completed construction on the only regulation-size indoor polo arena in the Midwest. They have also developed a full-size outdoor grass field where they host friends and compete in regular tournaments throughout Chicago. “

A lot of people say the first impression of someone normally is the most important, and for some reason when I met Jan and Frauke, it was as if I had known them for 20 years,” says Garcia. “And until this day, they have become more like family to me and to my family as well.” 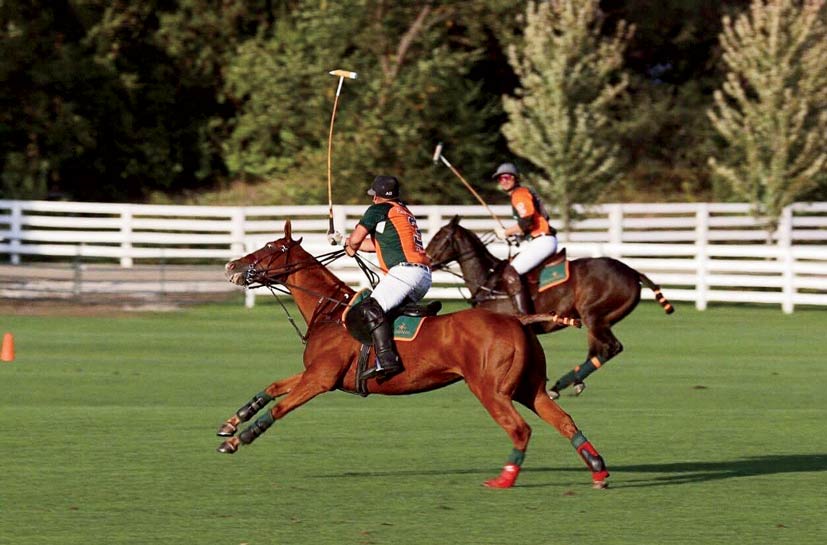 Passion for Polo is based in Barrington Hills and has played in the UK, Asia, and Argentina with plans to compete in Germany when the pandemic is over.

Garcia, who is a 5-goal polo player in his own right, worked side-by-side with the Leuders, not only to teach them the game of polo, but to partner with them to build a polo facility on their Barrington Hills property, acquire their own polo ponies, and establish the Passion for Polo team.

“I also play polo and manage for Congressman Mike Romero from the Philippines for seven months of the year, who owns the global port Air Asia polo team. Congressman Romero and Jan and Frauke have become very good friends because of polo and they happen to play in each other’s clubs,” he says. “I’m very happy to have been able to link my three patrons and that they get along really well. We actually won the Miguel Romero Memorial Cup together in 2019, which was one of the most memorable tournaments I’ve played and won in my career. It truly meant a lot to me.”

Today, Passion for Polo has one of the nicest privately owned world-class, all weather, facilities in Midwest. The team travels all over America and to Asia, England, Argentina, together to play polo, and to teach polo to youth (including in the Philippines) who would not otherwise have the opportunity to learn the game. 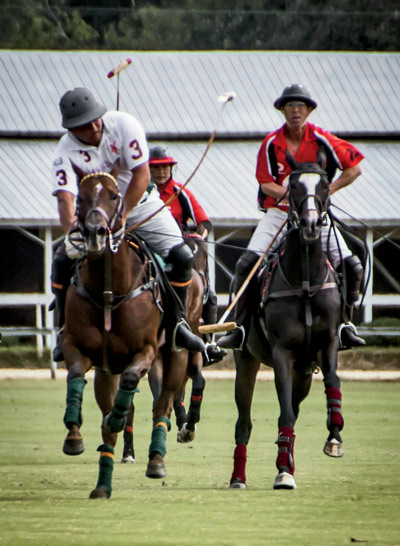 Garcia—who allows his daughter, Bailey, to name all of his horses (which may be why he has one called Minnie Mouse and another called Peppa Pig)—has high hopes for what’s left of the season.

“I’m hoping we do well in the 12-goal league we are playing in our team with Jan and Frauke and Nino Obregon. It’s a very wonderful team we have had a couple years playing together already,” he says. “It’s the best sport in the world and the best is still to come.”