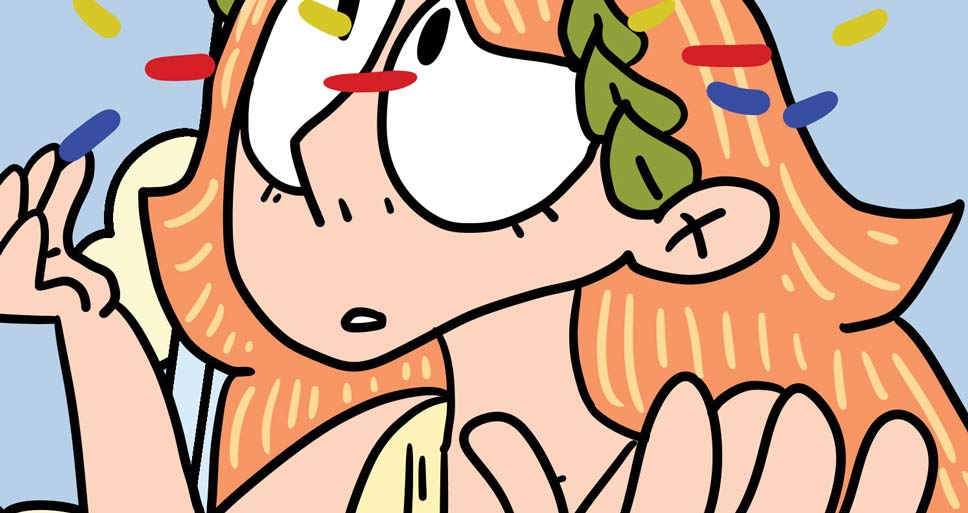 The credits begin to roll. Julia Samborski’s 10-year-old mind races. Seconds later, following the premiere episode of the animated mystery- comedy series Gravity Falls in 2012, Samborski’s eyeballs morph into small planets. She then continues to read name after name, as each scrolls north on the television screen.

Transfixed and delighted, Samborski—who had identified with the characters (twins Dipper and Mabel Pines) and admired the show’s writing—experiences an aha moment. Aha swells to AHA when the huge fan of cartoons researches the field of animation. 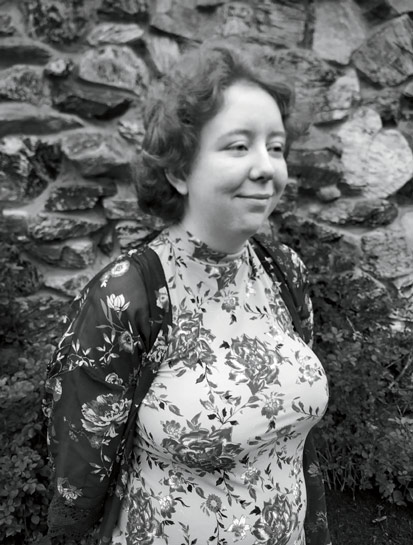 Samborski made an animated music video this past winter in her Video Production class, taught by Dr. Jeff Doles. She dubbed it “Brutus,” the name of a song by the female rapper The Buttress. Samborski received permission from the singer to use the track for the assignment. The striking, professional-looking music video lasts only 3 minutes, 42 seconds, but Samborski created 2,700 frames to produce it.

It’s a riveting, thumping piece of work, with the assassination of Julius Caesar on the Ides of March serving as its backdrop. A sampling of the searing lyrics: “I love you and if you want I’ll call you king/ But why do I lie awake each night thinking/Instead of you, it should be me?”

“I’d first heard the song in 2018,” Samborski says. “I loved it; it’s still my favorite song. It’s filled with raw emotion. Through the video, I wanted to express a lot of emotions—anger, resentment, envy, wrath, and pride. It took patience and persistence to complete it, but what helped me was the early feedback I got from my teacher after showing him snippets of it. Dr. Doles told me, ‘Good, this is good, this is very good.’ He showed me aggressive enthusiasm.” 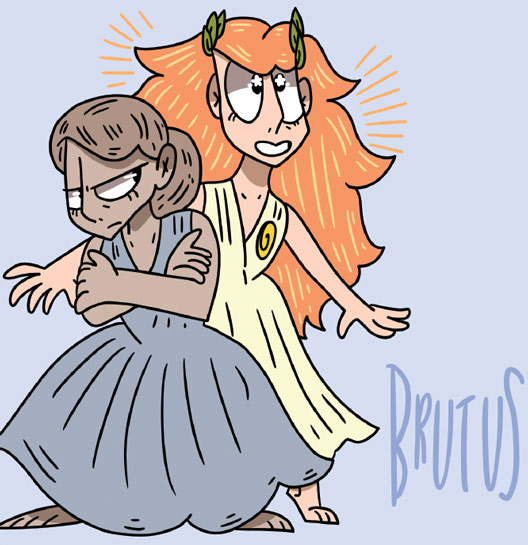 With her pursuit of a career as either a cryptozoologist or a monster hunter trampled by her Bigfoot-sized interest in landing a job at Cartoon Network, Samborski kept hammering away at the challenging task, meticulously generating her interpretation of lyrics via characters and movement and abrupt splashes of color. An animator’s daunting math: 12 frames equals 1 second of screen time.

“In 20 years of teaching, I have never had a high school student remain focused for months and hundreds of hours on a single project like Julia had,” Doles marvels. “It was a passion project for her, put together with tremendous enthusiasm. The final product impressed me. Julia had a unique and creative vision and was able to take the concepts in her head and transfer them through her artistic abilities. “I have no doubt that one day I will showcase Julia’s professional work to students in my classroom. Maybe she will even let my students and me come by her studio for a visit.” 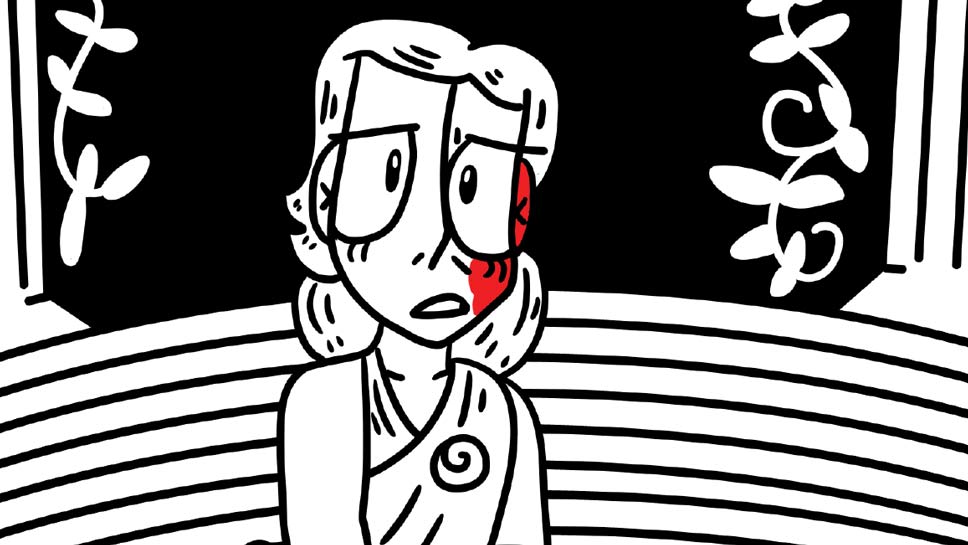 At the urging of her mother, Kim, Samborski took a cartooning class at Harper College in Palatine several summers ago. She was 15. The age of some of her classmates on those Wednesday nights? Twice as old, at least. The professor showed the students animation cels. The students designed storyboards. Samborski, no surprise, aced the course, and nobody would have been stunned if she had entered the same classroom the next summer as an adjunct professor after receiving her driver’s license at a DMV. 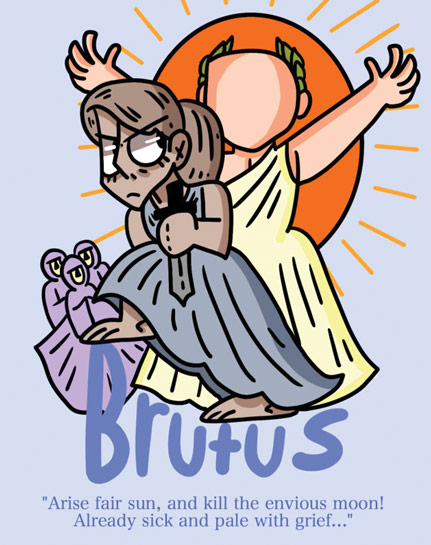 “My brain is a sponge,” says Samborski, who, before the onset of the pandemic, expressed an interest in attending School of the Art Institute of Chicago or Minneapolis College of Art and Design or California College of the Arts in Oakland. “My dream job is to become an executive producer of an animated show, maybe one about a girl detective fighting monsters. You know what would be really amazing? Getting to work someday with Dana Terrace [a 29-year-old film director, with Gravity Falls storyboard artist among her credits].”

The Julia Samborski who sat in a chair on Day One of Doles’ Video Production class several months ago isn’t the Julia Samborski you see and hear today. Samborski was fiercely independent and practically mime-quiet back then. Art—her moving, captivating art and glowing reactions to it—TNT-ed Samborski’s shell to smithereens. 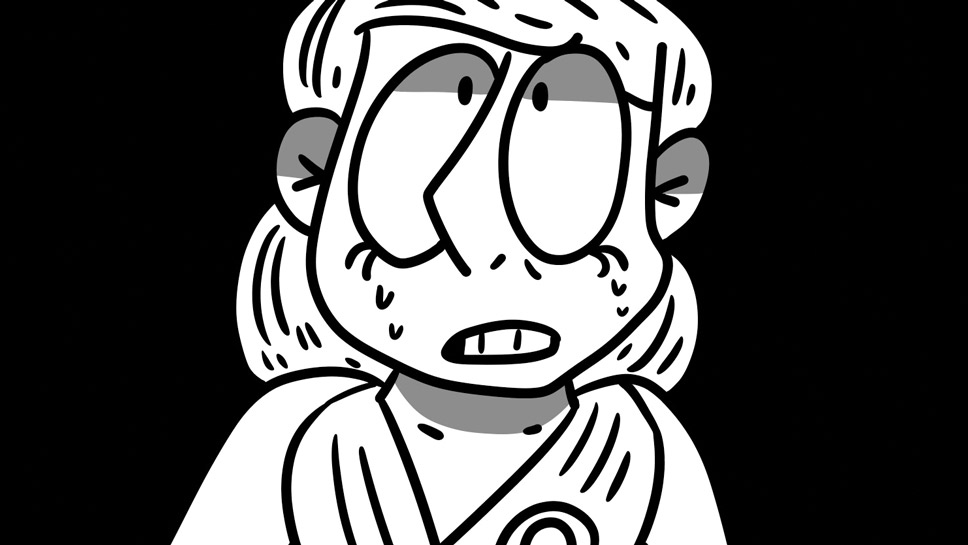 “At first, she kept to herself, working on her laptop,” Doles says. “However, after some of the students saw her amazing work, she opened up and shared her creativity with the class. Those students and I can’t wait to see what Julia creates next.”