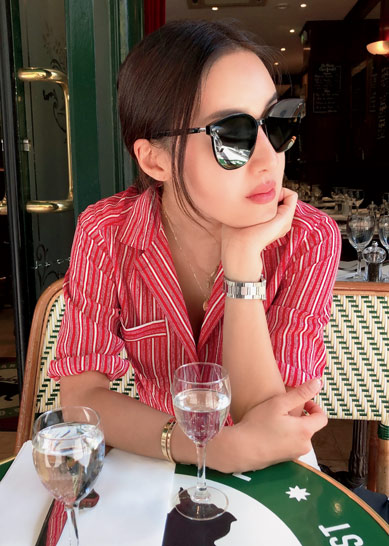 During her childhood in Barrington, celebrity and editorial makeup artist Nina Park loved to play with color—whether in arts and crafts or by making over her friends before Barrington High School dances—and ultimately decided to attend art school in Minneapolis to study painting.

But Park would eventually learn that the face is really the ultimate canvas and a few years later, in 2010, she relocated to New York City to instead pursue makeup artistry as a full-time career, first assisting a top makeup artist before later signing to her first solo agency in 2012. That said, Park’s education in art still informs the decisions she makes today.

“My background in art and understanding of color theory, techniques, and different mediums has been the foundation of how I approach makeup,” explains Park. “Applying makeup is like painting: I prime the canvas, mix colors, use different brushes to achieve different application, and layer and build color.” 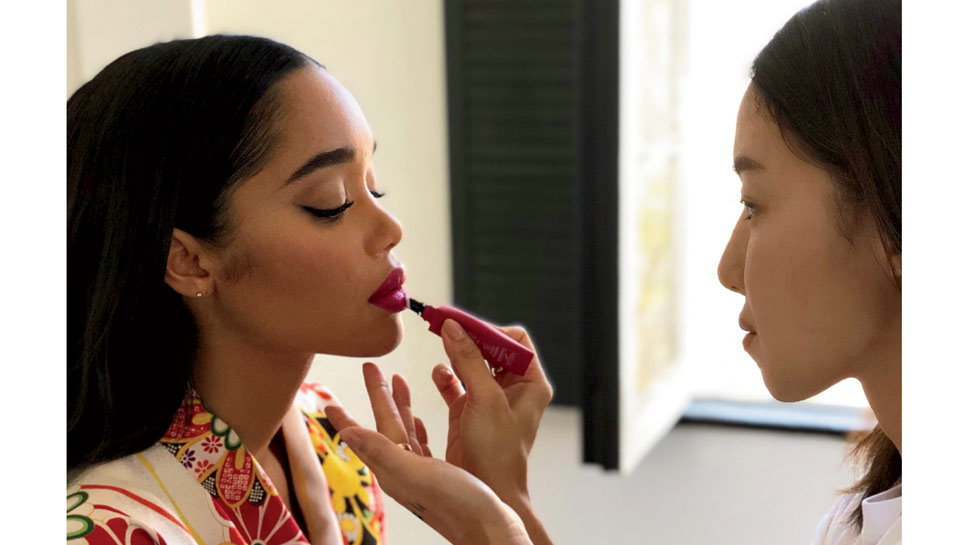 Park has since worked with famous faces ranging from Academy Award-winning actresses like Brie Larson and Natalie Portman to A-listers like Big Little Lies actress Zoë Kravitz and Spider-Man actress Laura Harrier, also a Chicago-area native. And, just recently, Park was named an ambassador for CHANEL Beauté, of which she’s been a longtime fan.

For the spring 2019 premiere of Avengers: Endgame, Park created a natural look for Larson with a subtle brown smoky eye, nude lipstick, bold brows, and glowing skin—and it’s one that stands out among many as an all-time favorite for the artist. 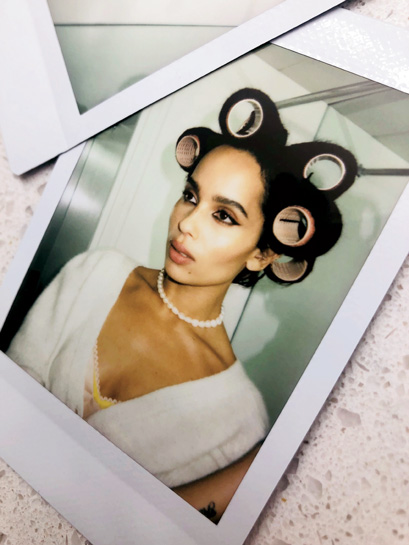 In fact, the natural look has become one of Park’s signatures, and she describes her style as minimal, clean, and effortless.

“I love to create makeup looks where the actual makeup is not the first thing people notice but, instead, enhances features that may have gone unnoticed before,” says Park. “I want someone to be able to look back on a makeup look from four years ago and think that it’s still current today.”

Other milestones for Park include working on clients for the Academy Awards, the infamous Costume Institute at the Metropolitan Museum of Art’s Met Gala, the Cannes Film Festival, and seeing her work on the cover of magazines (think: InStyle, Elle and Marie Claire) for the first time.

“To be able to be a part of a team for a premiere is the culmination of my clients’ tireless efforts  working on a role,” says Park. “It’s exciting to celebrate with them on incredible moments in their careers.” 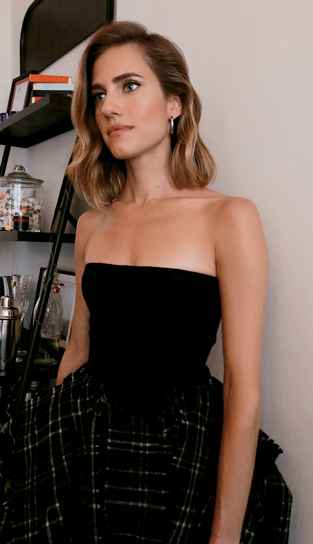 Once Park knows what her client will be wearing to a particular event, she creates a face chart and a mood board, and she collaborates with the stylist and hairdresser beforehand. Her favorite part of the job, Park says, is seeing the final look come together on the red carpet.

Another perk? The travel.

“I love to travel, and my work allows me to travel to places I’ve never been,” says Park. “I once had to fly from Barcelona to go to Los Angeles for less than 24 hours only to then get back on a plane to Madrid. One day it could be a photo shoot in New York City and the next day could be a press junket in Tokyo. That’s the fun part of this job, not knowing where I’ll be next week or month and with whom.” 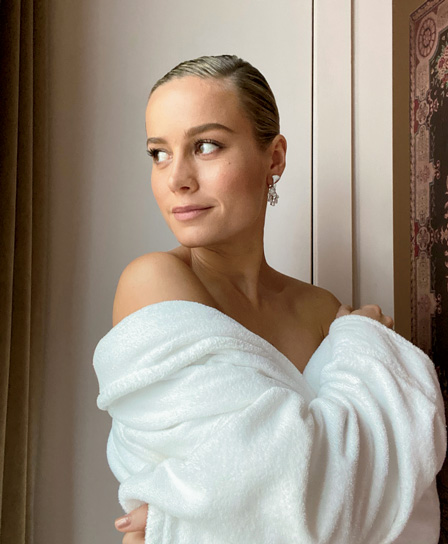 “And every woman should have in her makeup bag a good misting spray, a portable light-up mirror, and a face massager,” says Park. “I recommend Caudalie’s Beauty Elixir, Glamcor’s Vanity Mirror and Jillian Dempsey’s Gold Sculpting Bar, respectively.”

And while dashing from red carpets in Europe to photoshoots in Southern California leave little time for visits to Barrington—and, to be fair, her family has since moved—Park says she still thinks fondly of her time spent at Primo Pizza and in the Barrington High School AP Art room.

“I’m lucky to have experienced the art program at Barrington High School,” shares Park. “It has shaped me as an artist.”