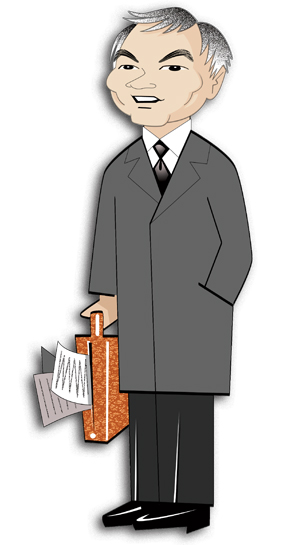 Keith Hanson is Managing Partner at Hanson Law Group and the newly elected 2020 Chairman of the Barrington Area Chamber of Commerce. He considers himself a Badger by birth, education, and culture—spending his formative college and twenty-something years as a newspaper reporter, editor, and stringer for two newspapers on the Madison campus of the University of Wisconsin, where he also earned his law degree. He and his wife of 42 years, Stephanie, raised their five children in a quiet little corner of Cuba Township with a Barrington mailing address. Hanson Law Group is headquartered in Barrington, and the Hansons still live in their home, which he describes as, “a bucolic and quiet retreat from the pressures of the law, a marvelous place to raise children, and now entertain grandchildren (eight at last count), as well as host weddings and dinners in our backyard.” Hanson teaches political science at Trinity International University. In 2011 and 2012, he served as state chairman for the presidential campaign of Newt Gingrich and took part in some national debate preparation as part of that campaign.

Last pro bono case your firm worked on that helped you realize the impact your firm makes? As time allows, our law firm does take on interesting pro bono matters, primarily those we feel passionate about and have the expertise to handle well. The clients we have served on that basis become important members of our law firm family, and although confidentiality rules limit what we can say about those matters, it is fair to say that some have worked out very well and some have ended in human tragedies that have stayed vividly on my heart years later.

Last family trip that you’ll cherish for a long time? We have a host of warm and wonderful memories ranging from white water rafting in the Rockies to beachcombing on Maui. Hopefully someday we will be able to get the whole gang back to Kaanapali Beach, the scene of so many of our family memories over the years.

Last philanthropic endeavor you were glad to be a part of? Stephanie and I have both made a very deliberate effort to get engaged in the local world around us, taking in college and post-graduate students in need of a home, hosting events, and participating in projects and organizations. My commitments include president of the Barrington Countryside Fire Protection District, board member of Barrington Youth and Family Services and of a local veteran’s charity, the IronMen Foundation, former president of the Barrington Breakfast Rotary Club, Cuba Township Precinct Committeeman, and this year’s Chairman of the Barrington Area Chamber of Commerce. For many years our family has been particularly supportive of two inner-city Chicago charities whose life changing work we greatly respect: Breakthrough Urban Ministries and By The Hand.

Last hobby or pastime that sparked your imagination and creativity? I love to read, play games, especially if they have an historical element to them, and discuss and learn about public policy. And then there are those two unfinished book manuscripts lurking under my desk, waiting for me to turn my attention back to writing…

Last person who informed or altered your opinion on something? My children are a smart bunch and they have taught me more that anyone else about reconsidering long-held views, the need to consider the views of others, and the importance of finding common ground. I am saddened by the decline of objective journalism, but not alarmed by it, as we have survived for most of our national history with a very partisan press and come out all the stronger on the other side.