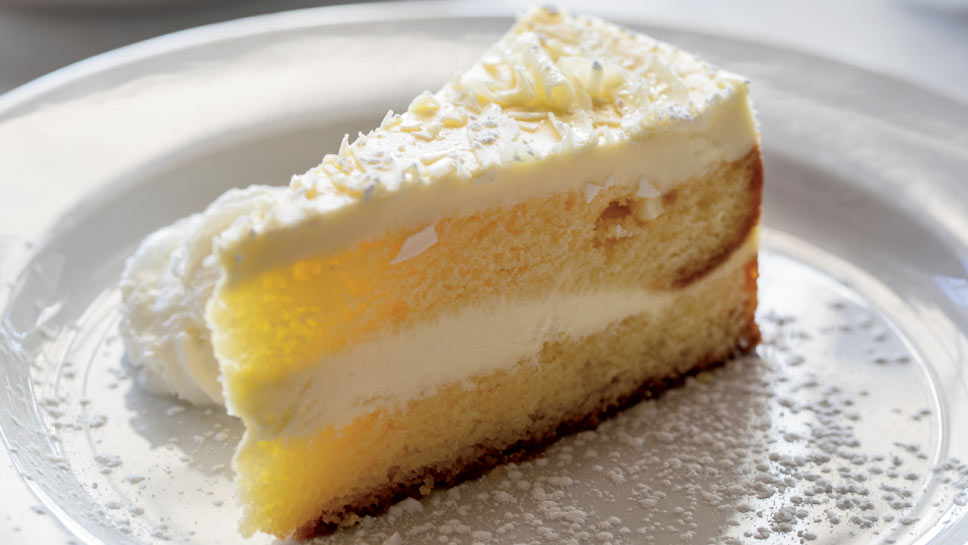 I think it was the cappellacci that ultimately did it. I don’t often reverse long-held dining commandments midway through a meal, but during a recent visit to the revamped Enzo & Lucia in Long Grove, I admit to experiencing a reawakening of sorts. Where I come from—i.e., a family that bleeds Neapolitan red sauce—one is taught to be on guard against any restaurant willing to serve you a Southern Italian app followed by a Northern Italian entrée. 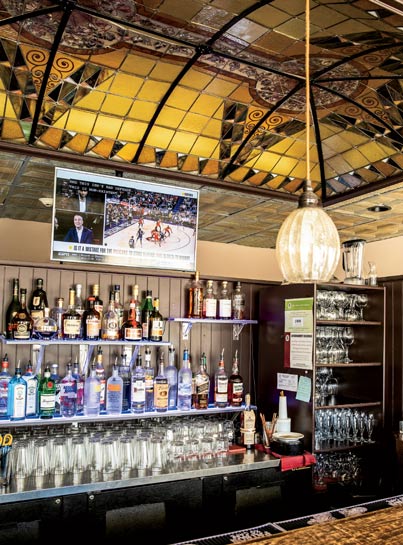 Pick your analogy of choice. Capulets and Montagues. Bears and Packers. Artichokes and cheap bottles of Merlot. Some things, I was taught, simply don’t mix. That all changed—in a flurry of yummy murmurs and fork scraping—when we put ourselves in the skilled hands of chef Heraldo Martinez, the new top toque at the longstanding Italian dining landmark in Long Grove. 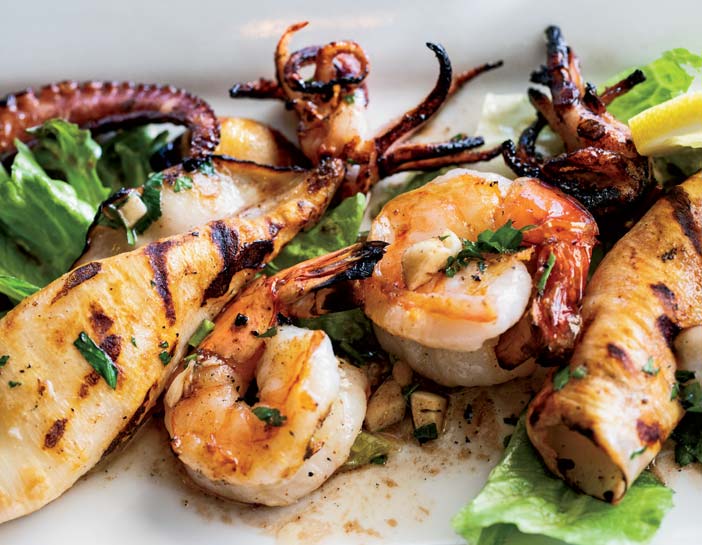 We knew were in able hands when our tutto pesce alla griglia app arrived, a bountiful mix of calamari, octopus, and shrimp coated in a light garlic-balsamic glaze and grilled to a delightfully smoke-kissed finish. “It looks like something Godzilla would eat,” said our awe-inspired 10-year-old, as he surveyed the giant platter overflowing with octopus tentacles and manicotti- shaped tubes of calamari.

It was, for us adults at the table, memories on a plate, the kind of homespun grilled seafood offering my family used to serve during feast days and holiday dinners. Crisp, fresh, and undoubtedly Southern Italian in spirit, it’s exactly the kind of dish you want to kick off a family-style feast. 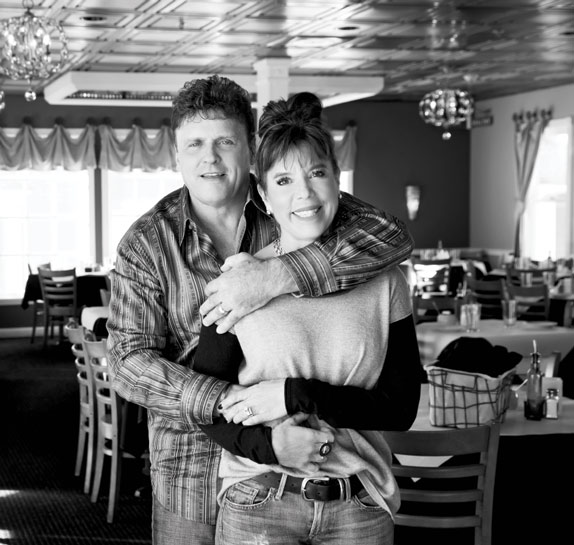 If you know the history of Enzo and Lucia, you’re also likely aware that the original owners of the place, Enzo and Lucia  Cavallino, were Neapolitan. The restaurant’s early menu was Southern Italian through and through, but when they sold their restaurant to Glenn and Renata Cardelli in 2007, a couple with Northern Italian roots were given the keys to the kingdom. 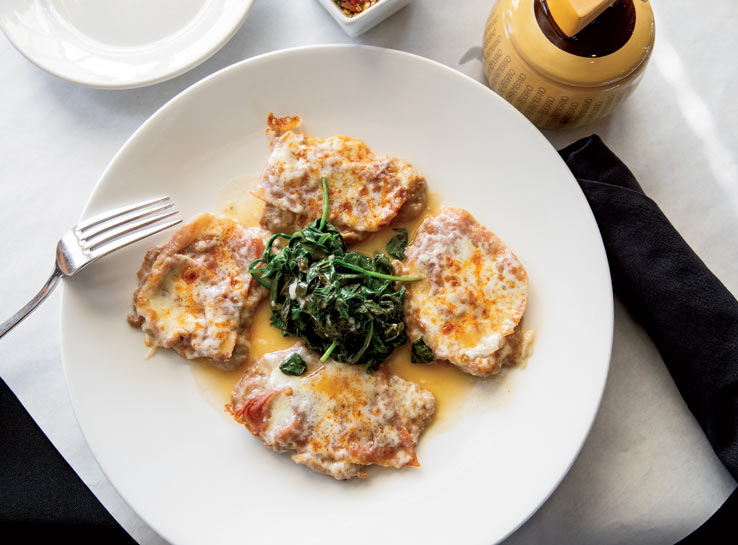 For more than 10 years, the two families worked together under one roof, even though the Cardellis were the actual owners. Things changed a few years back when the Cavallinos left the restaurant, allowing the Cardellis to infuse more Northern-inspired recipes into its expansive menu.

These days, the house meatballs are made from a recipe perfected by Renata’s mother, who lived for many years in the town of Bassano Del Grappa in the Veneto region of Italy. The results are richer and more airy. (“Less breadcrumbs and more cheese is all I can say,” says Renata.) And the menu has unveiled what is quickly becoming its house specialty: a short rib-stuffed cappellacci glazed in a creamy Marsala sauce. 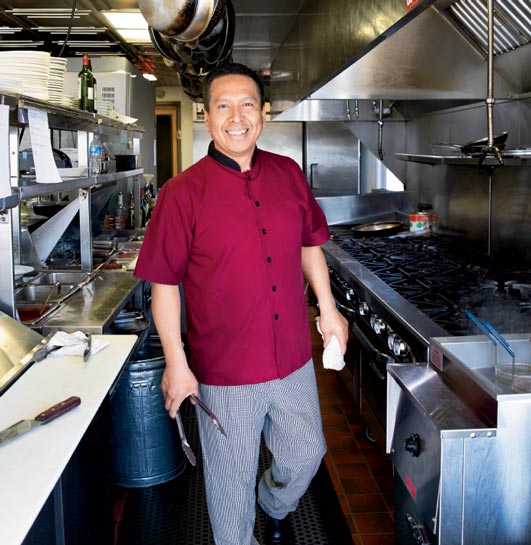 Only these cappellacci—stuffed pasta packets whose borders are usually folded to look like tiny tri-corned hats—are stuffed with so much short rib, they wind up looking like White Castle sliders. Truth is, they’re delicious: perfectly al dente bundles of Italian short rib that come bathed in a cream sauce that never veers too sweet or too creamy. Given its depth and breadth, it’s impossible to survey all of  Enzo & Lucia’s menu, other than to say all of the apps and entrees we tried were stunning in terms of their size and value. As the old-school Italian joints on Taylor Street recede, Enzo and Lucia’s kitchen still prepare classic staples the right way. There’s a half of a chicken on every Vesuvio plate along with perfectly golden- browned potato quarters. Veal options include piccata, fontina, and parmigiano offering, but the veal saltimbocca topped with thin slices of prosciutto and mozzarella delivered best of all, thanks to citrus-forward white wine sauce that cuts through its iconic richness. 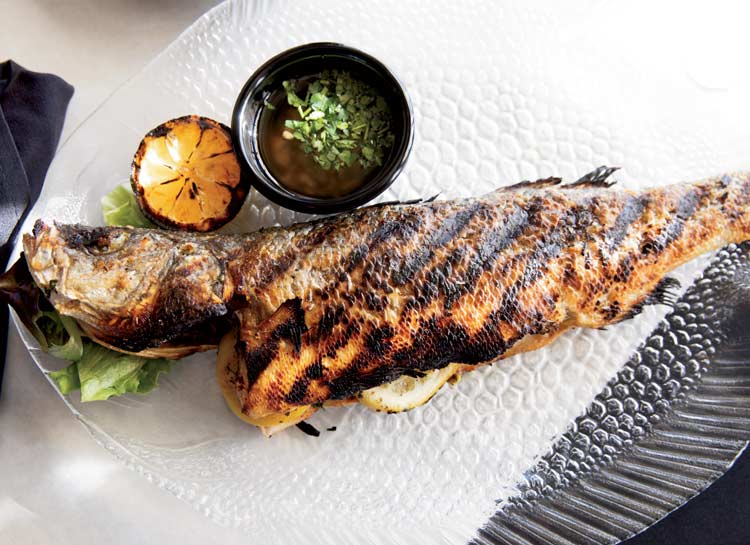 Nothing can compare, however, to ordering one of the house’s whole branzino, which is deboned tableside, and served with a garlic-caper sauce that’s light enough to add a little moisture without masking the delicate flavor of the fish. Just make sure to leave enough room for a slice of imported limoncello-ricotta cake, which is to the Amalfi Coast what a Key lime pie is to the Florida Keys.

In other words go south, then head north, before turning south again, and you’ll find, if you’re like us, that you’re arrived exactly where you want to be: back home again with a full stomach and delicious memories.

You get what you pay for from the bar program at Enzo and Lucia, which pours the kind of hefty cocktails that have gone extinct down in the city. In addition to a smart lineup of familiar favorites, look for a different special at least every month. 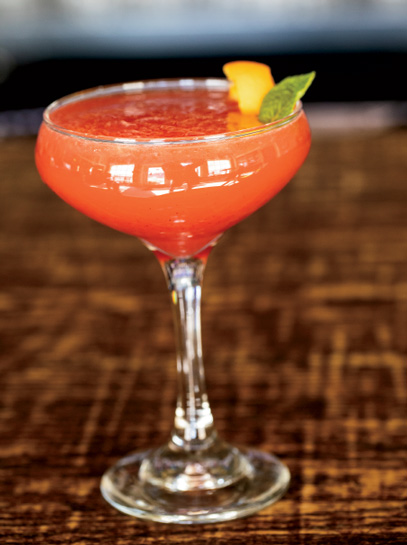 When time permits, the bar will make their own smooth homemade limoncello, which gets added to some Absolut Citron, some strawberry essence, and a lid of prosecco. The fruit-forward results are summary without being cloyingly sweet. 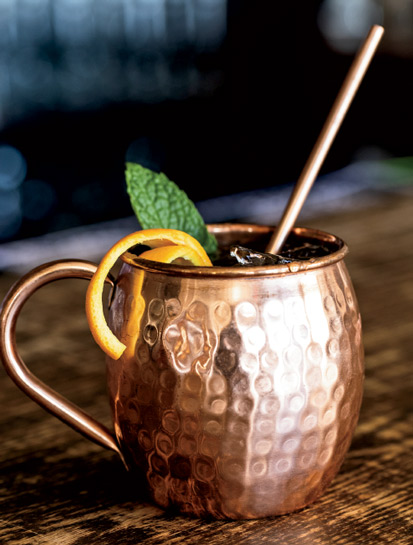 This smart take on a Moscow Mule has a distinctive orange profile to it— thanks to the Absolute Mandarin and a curl of orange peel. Add some ginger beer and some lime juice, pour it in into a huge copper cup with a copper straw, and you have a drink that’s as good-looking as it is tasty.