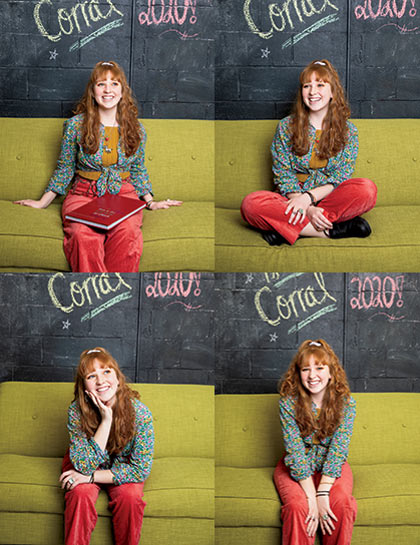 It is Sophia Denison’s turn to answer questions—instead of being the one to formulate and deliver them.

“This is different for me,” the Barrington High School (BHS) junior, sitting at a table in the school’s library, says with a smile to a journalist at the end of another busy school day. “I interviewed 10, maybe 11, students today.

“And now I get to do this and be on the other end of the questions.”

Denison handles the role reversal with aplomb from start to finish, which should come as no surprise to anybody in her circles of theater, golf, music, friends, independent magazine writers, and yearbook. Especially yearbook—BHS’s Corral. Already a team leader in yearbook class and a Corral editor in her second year of involvement in the publication “that tells the story of our school each year,” the professional, highly organized Denison had interviewed all of those students on this day to gather information for sections of the book’s 285 pages.

Way back in late August, when teens were buying clothes and school supplies for the 2019-2020 academic year, Denison and her 14 tireless colleagues at the good ol’ Corral deemed those pages a series of blank canvases.

“It didn’t take me long to identify Sophia as one of our leaders, and she kind of came out of nowhere,” says BHS Yearbook Adviser Tessa Mulvaney, who also teaches English at the school. “She’s creative, she’s responsible and humble, and she’s ahead of deadlines almost always. I could see her, after her college years, doing wonderful design work for a publication and planning content for the same publication. 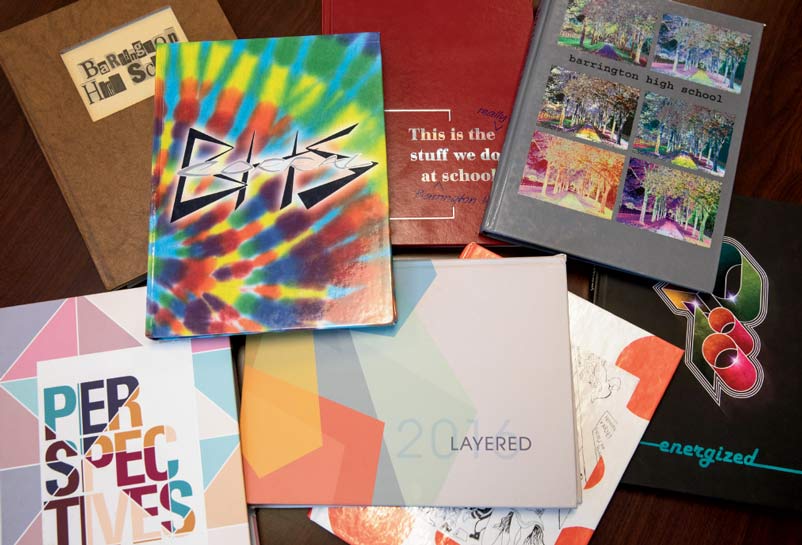 “One of our goals for yearbook content each year is to cover half of our school’s 3,000 students at least three times. Sophia is well aware of that, prioritizes it. She wants the yearbook to reflect the diversity of our school.”

The 2017 Mid-Suburban League JV Girls Golf Meet champion as a freshman and a varsity golfer since the start of her sophomore year, Denison hit the courses for the Fillies’ state runner-up teams in 2018 and 2019. She shot a team-best 74 at an invitational in the beginning of her sophomore season.

“My dad [Bill], who taught himself how to play golf, has been my lifelong golf coach,” says Denison, an only child whose mother, Marianne, rewarded her daughter with a mint milkshake after that stellar round. “That’s kind of cool. He’s quiet, reserved, and he never gets angry. His accuracy in golf, it’s insane.”

Fun golf moment, indoors, starring Sophia Denison. Two of Denison’s worlds collided gently last fall, when she ran into a few of her theater cohorts at the all-school assembly honoring BHS’s state runner-up girls golf crew. Denison, months later, would dance as a member of the teen ensemble in the winter musical Footloose.

“As soon as one of my theater friends saw me in the gym that day, she said, ‘Hey, it looks like we’re in the Sophia Sports Zone now,’ ” Denison recalls with a laugh. “I love golf, I love the stage, and I love the yearbook community, along with the pressure that’s a part of those interests. My interest in music, another big part of my life, began when I was 4 and taking piano lessons from Holly Zastro, who encouraged creative liberty— advice I’ll never forget; advice I still like to use today, in many areas of my life.

“I remember her telling me, ‘Sophia, it’s okay to change the music you’re playing if you interpret it a certain way and want to perform it that way.’”

The interviewer-turned-interviewee should be exhausted and weary-looking in the library, as she fields the last couple of questions in an animated, one-hour get-together. Sophia Denison is neither—even though the arranged meeting is probably No. 94 on her List of “100 Things to Do Today Before Dinner.”

“It’s all about finding and maintaining your passions, as well as loving the people around you while pursuing those passions,” she says of her life motto. “I’ve found fulfillment in a lot of places, and I’m grateful for having had those opportunities.

“I feel most alive when I’m doing something challenging and meaningful through any of my passions.”