Wade Schaaf and Carley Klebba dance “Duet (1)”, choreographed by Schaaf and performed at The Biograph Theatre in April 2017.

Wade Schaaf ’s first memory of Barrington Dance Ensemble (BDE) includes driving up in a silver Oldsmobile, nervous and not quite sure if he’d get out of the car.

He was 16. Eager to take on the world of dance—yet intimidated by the formidable local nonprofit where he secured a coveted audition—the teenaged Schaaf gathered his courage with a performance that would change his life.

“My first audition was for The Nutcracker and I had only been dancing a year prior,” says Schaaf, who not only got the part but went on to become a rising star in the company. “Unknowingly, that day I was beginning a beautiful relationship with the Barrington Dance Academy and Barrington Dance Ensemble that has been going to this day.” 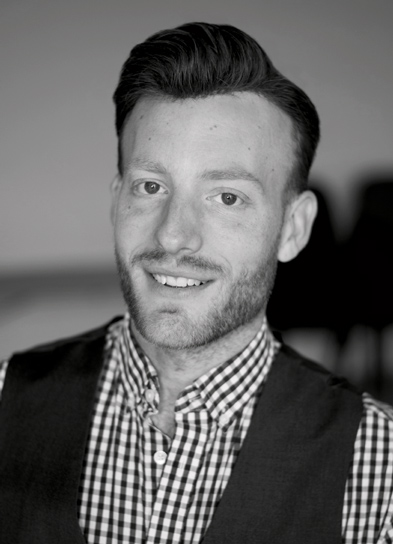 However, talk to Schaaf and you see that in some ways, even though he continued to soar, that nervous 16-year-old never left. His heart is still at home in Barrington.

“It’s very meaningful for me return to create work on the dancers at BDE,” says Schaaf, who joins fellow award-winning choreographer Eddy Ocampo in presenting contemporary dance pieces at BDE’s spring concert, The Art of Dance, on Friday, June 12, and Saturday, June 13. “I believe so much in the work that Mary is doing at the studio and what the students learn under the tutelage of the staff there. Being asked to come back and spend time working with these dancers is such a privilege because I’m able to support this wonderful organization that once supported me.”

Founded in 1989, BDE is a vibrant company of dance class students (11-18 years of age) who audition, and once chosen, undertake a rigorous training program, as well as roles in BDE productions and community outreach. Presenting major classical ballets, including an  annual production of The Nutcracker—in addition to contemporary works—the company serves 5,000 audience members annually and takes pride in providing free and discounted tickets to area seniors and children.

“The Art of Dance” concert at the Richard C. Johnson Auditorium stage at Barrington High School in June promises a remarkable showcase of both new talent as well as dazzling performances by professionals like Schaaf who have deep ties to BDE. 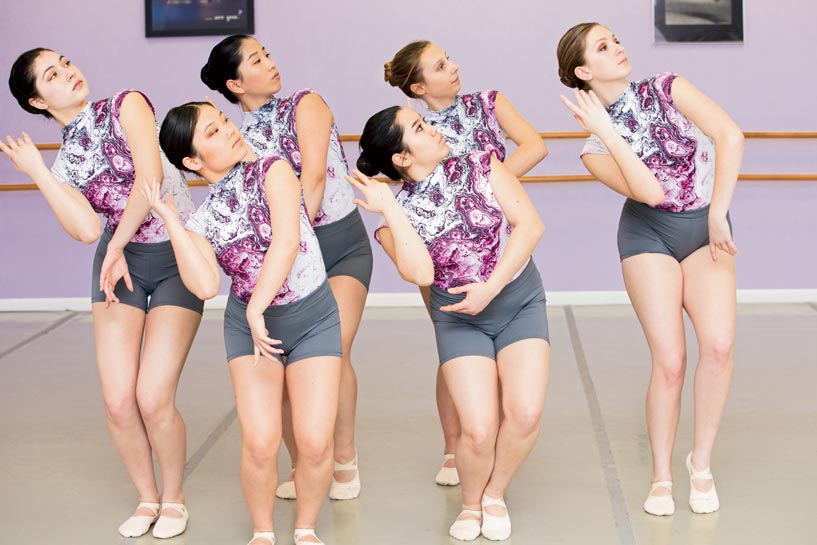 The mixed-repertory production will feature the art-inspired children’s ballet L’Art des Enfants (The Art of Children), which projects scenes from famous paintings onto the stage and brings them to life through dance. Audience members may recognize iconic scenes including Van Gogh’s “Starry Night” and Edgar Degas’ “The Blue Dancers,” among others. Performers from all around the northwest suburban area will take the stage, including students from Algonquin, Barrington, Barrington Hills, Deer Park, Fox River Grove, Franklin Park, Hoffman Estates, Huntley, Inverness, Kildeer, Lake Barrington, North Barrington, Palatine, and Tower Lakes.

“This performance will be a varied program with not only charming dances from young performers to works that include advanced and professional dancers in multiple disciplines,” says Schaaf, adding: “I think the work of BDE is vital to this community. Not only do these students receive some of the best training available in the area, but they also work with professional guest artists working in their field today. One of the most exciting things about BDE is the caliber of artists they bring to perform in Barrington. BDE brings artists of national acclaim right back to their community for performances and educational endeavors.”

In a production that promises to captivate both children and adults alike, “The Art of Dance” treats audience members to a wide variety of choreographic styles as the production unfolds, creating a must-see for all who love the art and execution of classical ballet as well as contemporary dance.

Schaaf says he is inspired by the spirit, drive and dedication of the young dancers that are emerging as the next generation of stars at BDE.

“Working with that kind of energy inspires me to do my best work, for their sake,” he adds.

Barrington Dance Ensemble presents “The Art of Dance” at 7 p.m. on Friday, June 12, and at 2 p.m. on Saturday, June 13, at the Richard C. Johnson Auditorium stage at Barrington High School, 616 West Main Street in Barrington. Tickets, priced between $18 to $25, will be available starting Wednesday, April 15. For more information call 847-382-6333 or visit barringtondance.org.