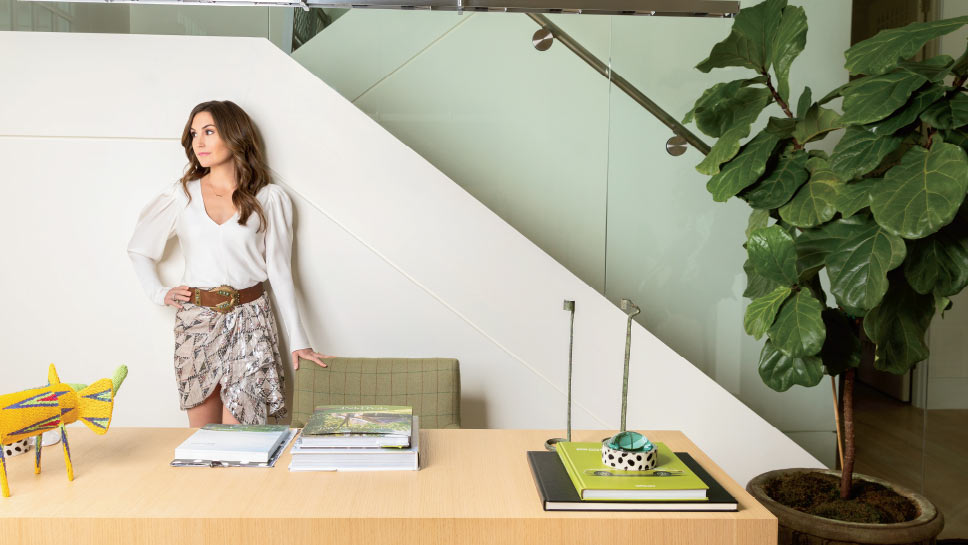 Alexandra Lyon Singer is the face behind the Lyon Family Foundation, which honors the legacy of Robert Lyon with the 4th annual Hoosier Ball and grant-based giving. PHOTOGRAPHY BY ROBIN SUBAR // HAIR, MAKEUP & STYLING BY CONSTANTINE JAMES

In a tiny farmhouse off of Old Sutton Road in Barrington Hills, something was always broken and it was drafty during the winter. There were only two and a half bedrooms, but the Lyon family of seven came out from their home in Chicago and crowded in on weekends. There was something special about that house, in Barrington, and that time together as family. The late Robert Lyon knew this.

“I have my strongest memories from that house, which felt super rustic,” says Alex Lyon Singer, youngest daughter of Robert and Executive Director of the Lyons Family Foundation. “It reminded my dad of where he grew up in Greencastle, Indiana.”

A Hoosier fan, investment banker, philanthropist, and family man with a passion for golf, history, and great parties, Lyon lost a three-year battle with Acute Myeloid Leukemia in 2007. But not before he had established The Lyon Family Foundation in 2001.

“My dad was the rock for our family,” Singer says. “He was the most generous, kind-hearted person I have had in my life. He worked in Chicago since the day I was born, but he was a very small-town guy at heart.” 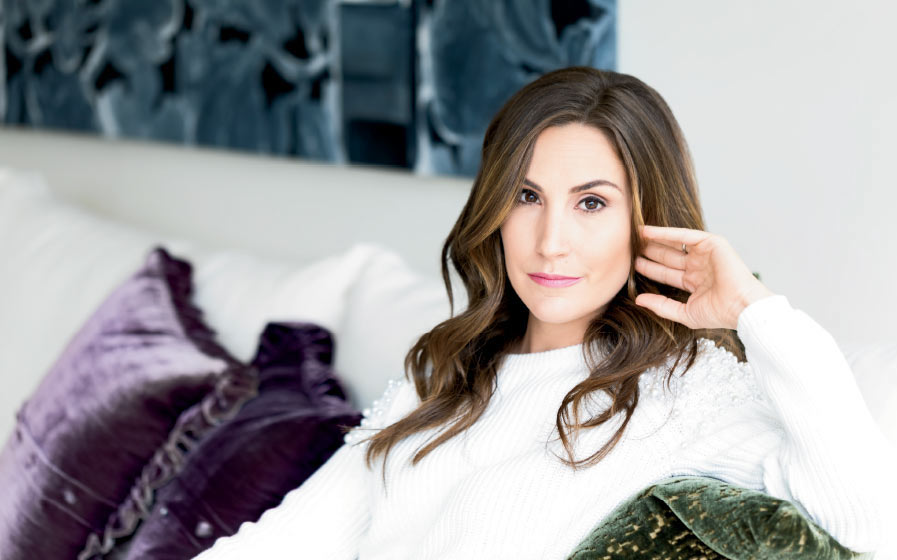 Lyon was equally enamored with Barrington, where he and the family enjoyed golf, swimming, and summer camp at Biltmore Country Club. After commuting to their farmhouse from the city for a while, the family relocated to South Barrington for a number of years. Singer attended Countryside Elementary, Station Middle School, and Barrington High School. Since Lyon’s passing, Donna Lyon re-established the Lyon family base on Brinker Road in Barrington Hills. Singer married husband Brian Singer at the family home in 2014. They now live downtown with their 2-year-old daughter, August.

During his helm at the Foundation, Lyon’s understanding of and approach to giving and philanthropy evolved as he met people who helped shape his philosophy of giving.

“When he formed the foundation, he was giving on a larger level,” says Singer. “Then, he began working with city kids living in Cabrini Green and Kids Across America in Branson, Missouri, helping build self-esteem through positive adult mentor relationships. He wanted to foster that in the kids.” 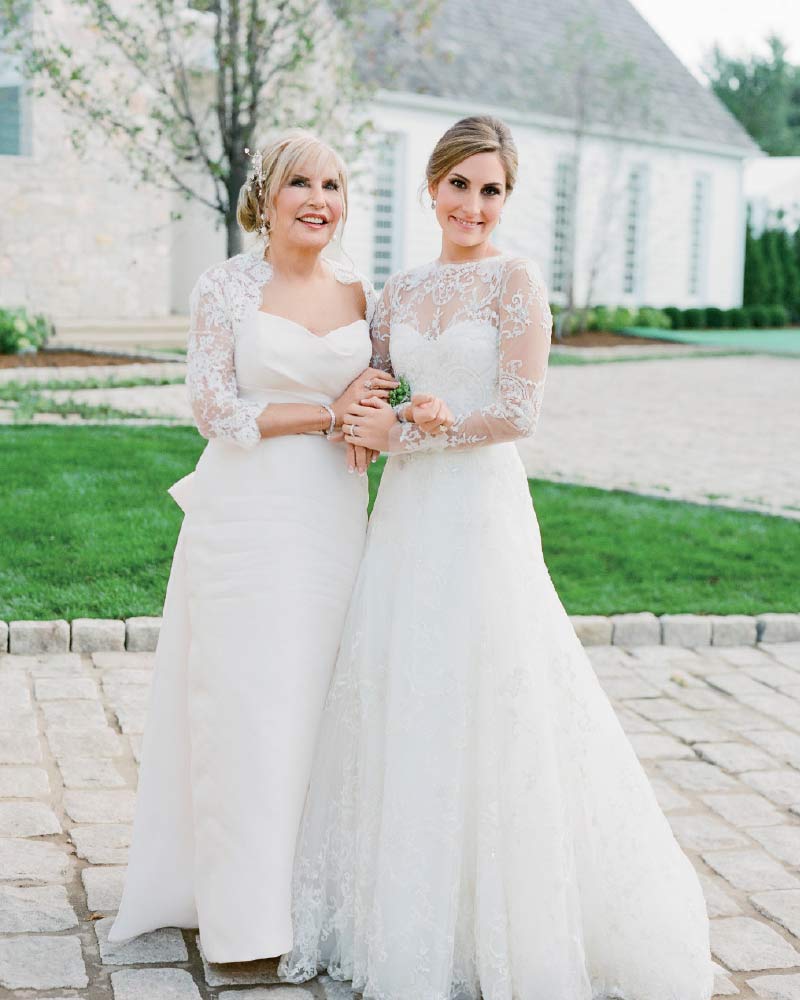 Just as important, Lyon made it a priority for his own children to truly understand generosity and ways to give beyond donating money.

“My father sat us all down and told us the importance of what he was working on every day and how it was going to shape our family and our legacy,” Singer recalls.

The lesson got through. Determined to ensure their father and his philanthropic mission lives on, the Lyon family initially spearheaded the formation of a secondary foundation, the Robert Lyon Leukemia Foundation, with a specific mission to further Leukemia research. In time, they realized this could all be achieved under the umbrella of the Lyon Family Foundation and merged the two charities. Naming Singer as Executive Director in 2016 dovetailed with the family’s commitment to run the Foundation as efficiently as possible and grow it with Robert’s vision guiding them every step of the way. 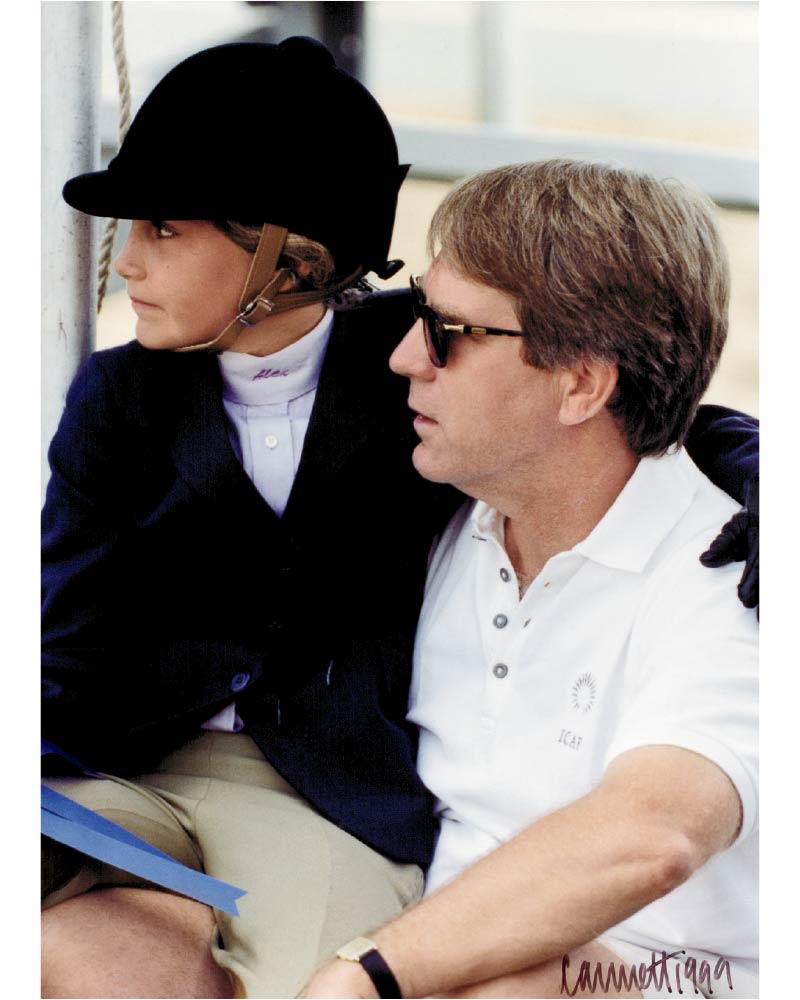 “We realized that we needed someone dedicated to the Foundation full-time,” Singer says. “We knew that we couldn’t take things as far as we wanted unless we had someone invested in the day-to-day happenings as well as the big picture.”

Three years ago, Singer parlayed her background in public relations and event planning to create the first-annual Hoosier Ball to raise money specifically for leukemia research. “We wanted to bring friends, family, and the philanthropic community together to raise money for The Leukemia & Lymphoma Society (LLS), and to honor the legacy of our father,” Singer says.

This year’s 4th annual Hoosier Ball, taking place on March 14 at the Ritz Carlton Chicago, promises an evening of extravagance and intrigue. Donna Lyon (Robert’s widow) generously underwrites the costs of the event so that every dollar raised at the Hoosier Ball will go to Leukemia research. Singer says that their goal is to raise $500,000 at this year’s ball.

“This is something I’ve always wanted to do, to design a fundraiser with an identity,” she says. “And it is something lovely we can do for my dad every year on his birthday, rather than focusing on the day of his passing. We wanted it to be filled with happy memories.”

So far, so good. What started as a modest event in 2017 at Donna Lyon’s home in Chicago with 125 people in attendance, has grown to a grand event at the Ritz Carlton that will likely sell out to 325 guests.

“The Barrington community really came together that first year,” Singer reminisces. “It was beautiful and humbling and shows the depth of the community. People were so inspired and asked about the next year, and it took on a life of its own. Everyone can identify with what happened to us, including people from every part of my dad’s past and now those from the community who hadn’t even met him.”

In addition to the annual fundraiser, Singer dove into her role by hiring a consulting firm to guide her in restructuring how the Foundation could make giving more purposeful and meaningful for its recipients. “I also learned more about my dad’s vision for the foundation and reacquainted myself with his moral compass for giving,” she adds.

Four years later, the Foundation has hit its stride, honing in on four key areas of focus: education, arts, health and welfare, and leukemia research. Within each area, the Foundation awards grants to specific programs.

“We find a niche within larger organizations to work on a program funded solely by our foundation,” Singer explains.

Every year, it dedicates 25 percent of total funds towards Leukemia research initiatives.

“Everything we do is dedicated to my dad and the impact he had on us and others,” Singers says. For the Lyon family and all those who benefit from the generosity of the Lyon Family Foundation, Robert Lyon has indeed created a lasting legacy that lives on through all of those he touched during his lifetime.

For more information about the Hoosier Ball and the Lyon Family Foundation, visit lyonfamilyfoundation.org. 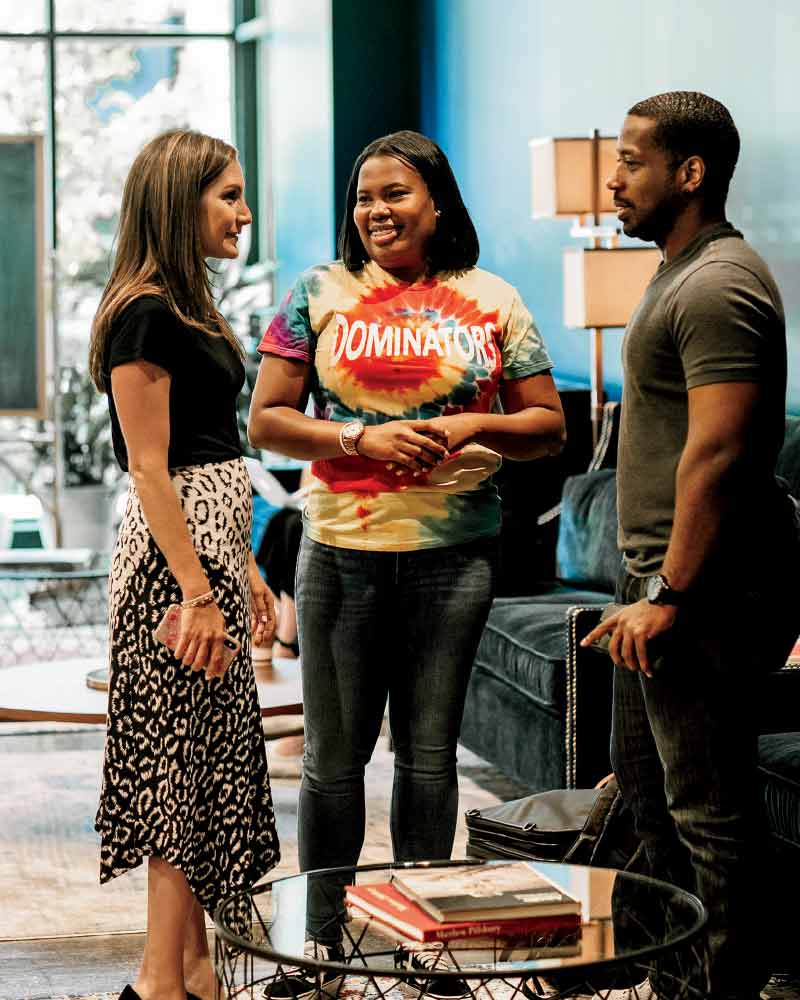 The Lyon Family Foundation funds MFS’s Altgeld Youth Leadership Program. One facet of the program gives students the opportunity to participate in a trip to New York City each year. The once-in-a-lifetime experience reverberates for these young adults beyond the six-day trip. They gain insight into achieving their goals in education, career, and life, as well as the importance of leadership and working as a team.

In New York, these young leaders see educational and career paths available to them. They’ve been on college tours, heard about Chef Marcus Samuelsson’s journey toward opening the iconic Red Rooster Harlem, met people from neighborhoods just like theirs who work at Goldman Sachs, and learned how to break dance from a hip-hop tour of Harlem.

“This trip showed a lot of the true meaning of leadership for me and the understanding of a team,” says Aria, who went on the trip. “I’ve learned a lot of skills from [Program Supervisor] Ms. Hanson, who was dedicated in showing us what a leader truly is.

This is just one example of the “transformational change” that the Lyon Family Foundation strives to achieve.