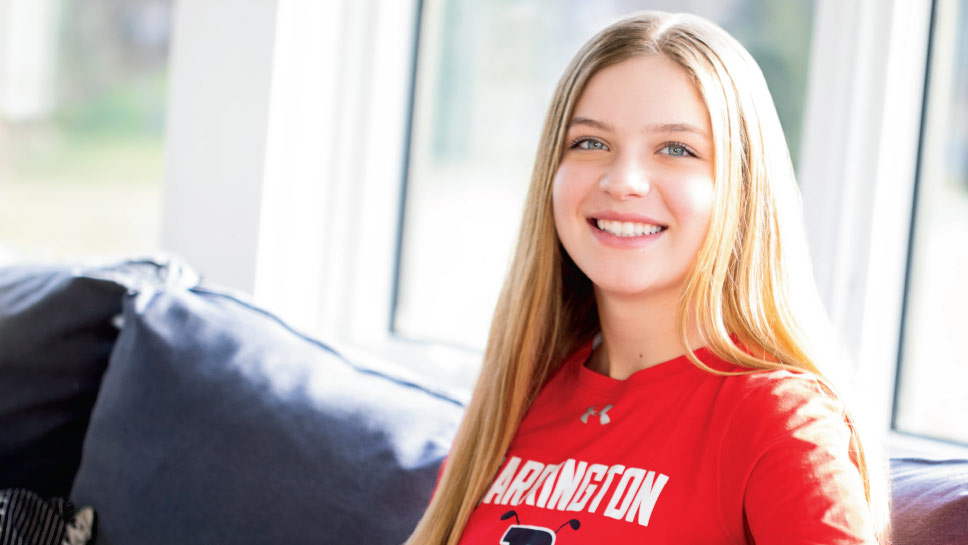 Mara Janess’ first day as a golfer was like a youngster’s bad Halloween day.

The Barrington High School sophomore was nine years old at the time of her golf baptism.

“What I wore that day was barely a golf outfit,” a smiling Janess recalls. “There’s a picture of me, right before I headed to a golf course. I did not look anything like a golfer. I looked kind of funny, and I had only three clubs in my bag.”

How far has Janess come since then, in a relatively short period of time? This far: BHS held a “Mara Janess Day” in late October after she became the first female golfer in school history to capture medalist honors at the state meet. She joined former Broncos Erik Ciotti (1994) and Gary Hallberg (1974) as the only BHS state champions in the sport; Hallberg, 61, topped the final leaderboard at the NCAA Division I Men’s Golf Championship in 1979 as a Wake Forest University Demon Deacon, and he continues to compete professionally as a PGA Tour Champions player.

Janess—in a tie for 11th place, with a round of 76, after the first day of the two-day Class 2A state tournament at Hickory Point Golf Club in downstate Forsyth—shot a one-under-par 71 on Day 2 to tie Glenbrook South High School junior Maria Perakis after 36 holes. Janess’ back nine featured four birdies. Clutch. Clutch. Clutch. Clutch.

The 5-foot-8 Filly, following a 90-minute wait, then parred the par-four ninth hole to edge Perakis by a stroke on the playoff hole October 19. 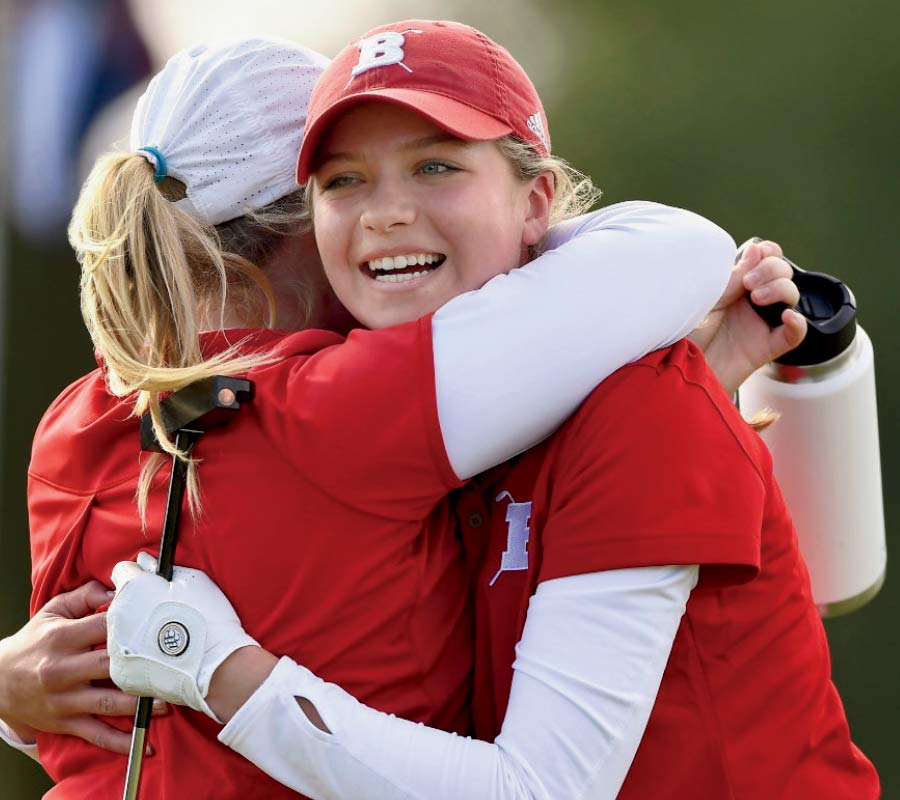 The first to hug Janess afterward was senior teammate and Wake Forest-bound golfer Caroline Smith, a three-time top-10 finisher at the state tournament.

“It sinks in a little more each day,” Janess, choosing a verb every golfer loves, says of the accomplishment. “The first week and a half after the state meet, I thought, ‘This doesn’t feel right.’ ”

Little went wrong for Janess (also the reigning Mid-Suburban League Tournament champion) on golf courses in the summer before the start of her sophomore year. The daughter of Scott and Carla Janess won three Illinois Junior Golf Association tournaments and shot a three-under-par 69 in the Chick Evans Junior Amateur at Itasca Country Club in July. Her national Junior Golf Scoreboard ranking in her age group improved dramatically—from around 1,500 to 177.

“Her talent, her competitiveness, I saw it all throughout Mara’s freshman season; we all did,” says first-year Fillies golf coach Tim Martin, who guided BHS to its fourth consecutive state runner-up showing. “Her game then just took off, reached another level, last summer. She’s a really long hitter [250 yards off the tee], accurate, and she’s amazing around the green. Put her on a course and she transforms from a nice, humble person into a highly competitive golfer.

“Mara,” he continues, “thrived under pressure all season for us; the more pressure, the better.”

Janess, who finished in a tie for 19th place (80-75) at state as a freshman, flourished alongside Smith, too. With her third-place-tying (74-74) effort at Hickory Point GC last fall, Smith became the first Filly in program history to earn four top-15 finishes at state.

“A huge role model for me,” Janess says of Smith, the Class 2A state runner-up in 2017 and a three-time Mid-Suburban League Tournament champion. “Being such a good golfer, she helped me considerably, made me a better player. If I had a swing issue, Caroline was there to fix it. If I needed to talk with her, about golf or about anything, she was there. Always. You couldn’t ask for a better teammate than Caroline.”

Scott Janess, a former Benet Academy basketball player who picked up golf in his 30s, was there when his daughter blasted a memorable tee shot at Barrington Hills Country Club’s par-five first hole. Mara hadn’t competed in her first sanctioned golf tournament at the time of the round, but that initial drive traveled straight and far.

And the sound of her club striking ball was a magnificent one.

“I think it went 100 yards,” Mara recalls. “I was shocked, totally shocked. I looked at my dad, and I was still in shock. I bonded with him on golf courses as I got more interested in the sport. Time on golf courses with him became our thing.”