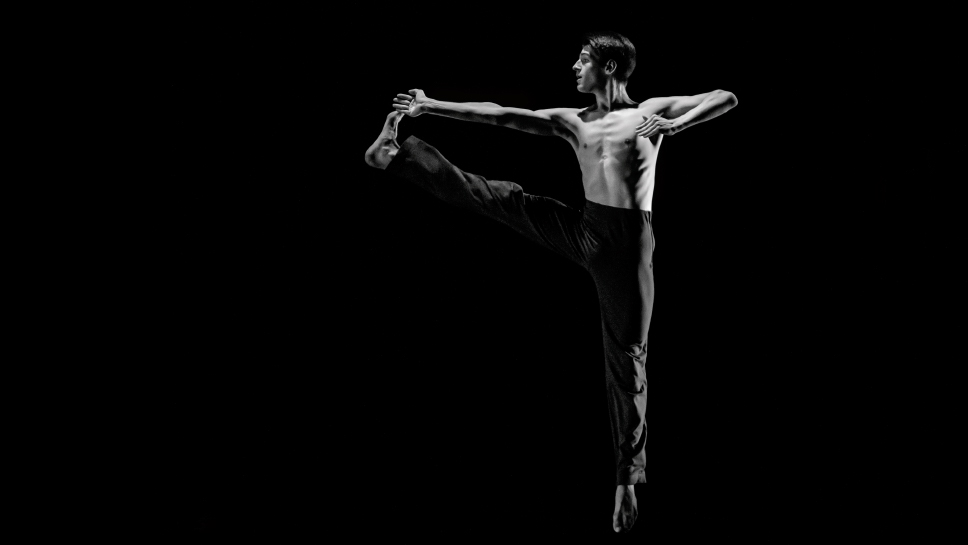 Barrington’s Jackson Bradford has always taken the road less traveled and wouldn’t have it any other way. PHOTOGRAPHY PROVIDED BY THOMAS MOHR PHOTOGRAPHY

Barrington’s Jackson Bradford can hardly remember a time when he wasn’t dancing.

“When I was two years old, my mom would bring me along to my older sister’s dance lessons,” he remembers. “But I would cry until the teacher would let me take part of the class. I was so happy dancing, even when I was that young.”

Bitten early by the dance bug, Bradford continued to take dance lessons, in spite of the fact that he was often the only boy in his classes.

“It wasn’t until I was in third or fourth grade that I started to struggle with the fact that I was pursuing something other boys didn’t seem to be interested in,” Bradford says. “I felt like an athlete, but my sport was dance. And I realized I was just as good at dance as the girls were in my classes and I was hungry to be the best. I didn’t let the fact that I was the only boy get in the way of me moving forward.” 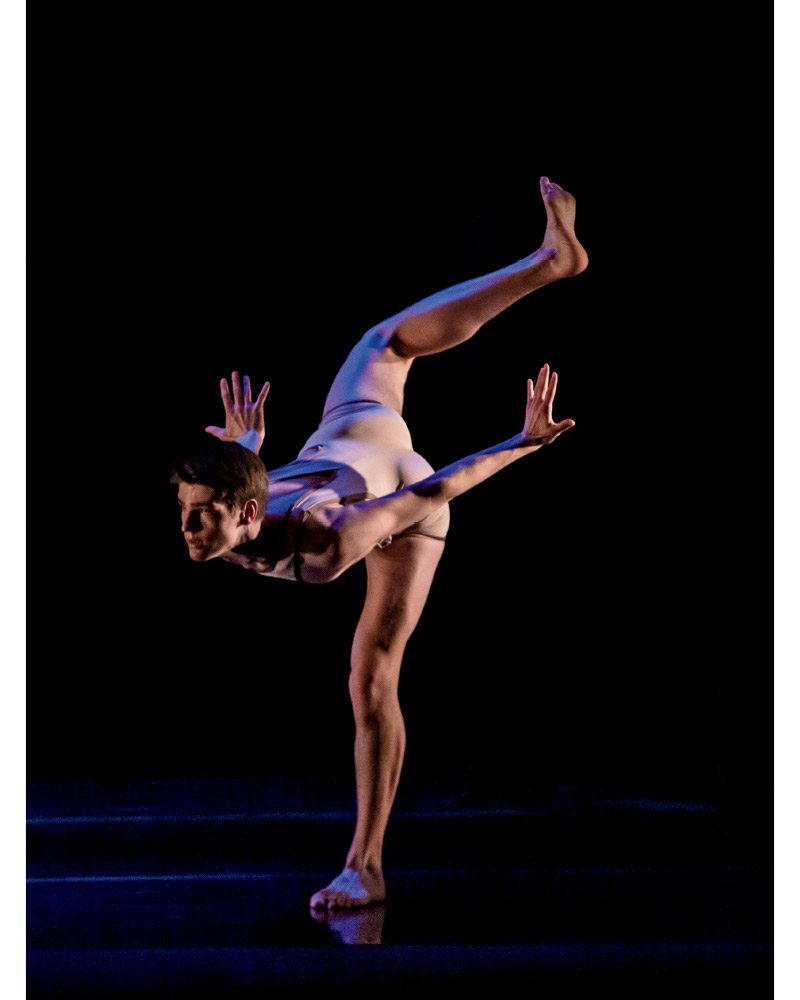 As Bradford became more and more serious about his technique, the need for a male instructor in the profession became important.

“I felt like if this was something I was going to stick with, I needed a mentor who was a man,” he says. “My parents looked and looked for the right studio until they found a good fit. They have always wanted what was best for me. Even when I had doubts, they encouraged me to keep going.”

Bradford solidified his passion, when as a high school sophmore, he transferred from Barrington High School to the Chicago Academy for the Arts (CAA) in downtown Chicago. The Chicago Academy for the Arts is a nationally recognized independent high school for the performing and visual arts. Designated a National School of Distinction by the John F. Kennedy Center, The Academy offers students the opportunity to engage in a unique co-curricular program: rigorous, college-preparatory academic classes and professional-level arts training. The Academy’s school day consists of six 45-minute academic periods followed by a three-plus hour immersion in a student’s chosen arts department: dance, media arts (filmmaking, animation, creative writing), music, musical theater, theater, and visual arts.

“When I got to CAA, I felt like I found my people,” Bradford says, who is one of 10 boys in his dance program. And while he calls the decision to enroll at the academy “life changing,” he does admit that his days are long. On a typical school day, he wakes up to a 6:30 a.m. alarm, catches the 7:11 a.m. train to the city, goes to academic classes in the morning, studies dance in the afternoon, attends rehearsals evening, and usually rolls into his house about 8 p.m. at night. But you won’t catch him complaining. 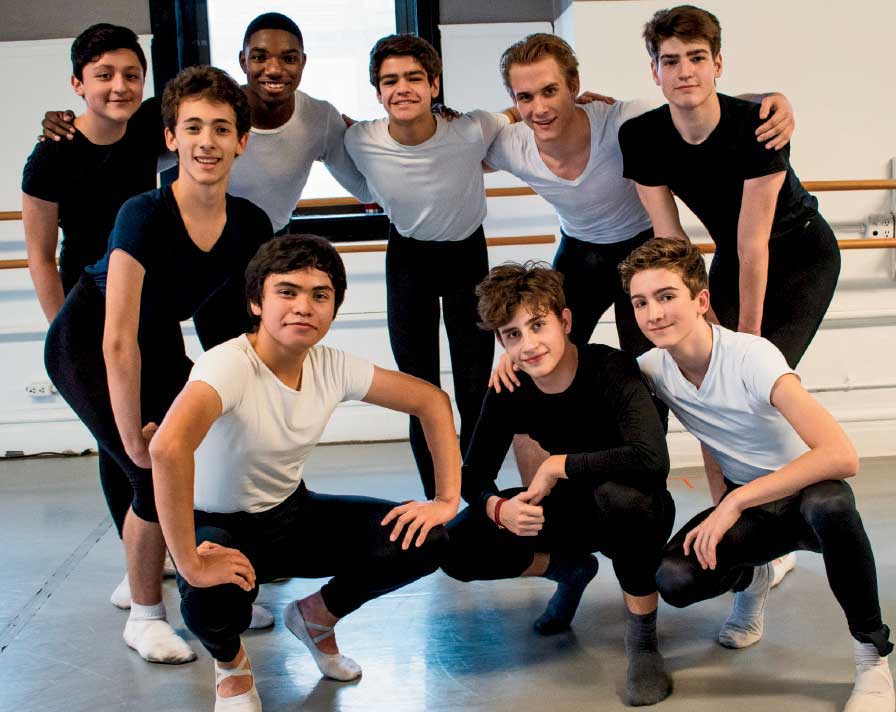 “I love to study dance, especially ballet,” Bradford says. “It can’t be perfect. Every movement is an expression that has so much power. I’m challenged every day in so many ways. I love how it keeps me wanting to be the best that I can be.”

At CAA, Bradford has learned that there is a compelling intellectual aspect to dance. “There is real genius within some of the industry’s legendary choreographers,” he explains. “Like Martha Graham. I love her, love that woman! The way my teacher taught her made me understand that there was a reason for every movement Graham designed. It’s this deeper layer that grabbed me. Gestures are created to invoke a certain feeling or emotion. I can’t get enough of the idea that a dance I can perform can have a lasting impact on someone who watches it. This makes me want to be a part of choreography that is intentional and meaningful.”

There’s no question that Bradford’s Barrington upbringing shaped the performance professional he’s becoming. “It’s such a warm community that has always made me feel accepted,” he explains. “I’ve never been a quiet person or afraid to be myself. This says something about my family and the place we lived.”

This confidence is just what he needs as he forages ahead into the final semester of his high school career and decides what’s next. Bradford is currently in the middle of auditioning for colleges, as well as professional dance companies.

“I’m ready for company work—it’s time,” he says with passion. “When I’m in the rehearsal room, it’s like watching magic unfold. I’m the most physically capable I will ever be. I found something that challenges me and fulfills me and I don’t see any limits to where it can take me.”

When asked what Bradford’s now 18-year-old self would tell his 12-year-old counterpart if given the chance, he would encourage him to keep going. “Men are in demand in the dance world, for sure. When I started at CAA, there were six boys in my program and now there are 10. The world is definitely changing and so supportive of men in this profession,” he says. “I’d also tell him that when times are the hardest, that’s when you learn the most. Just push through it and maybe stretch more. And, don’t forget to enjoy it. There are so many times I look back and now realize how much fun I was having and didn’t even know it.”

To learn more about the Chicago Academy for the Arts, visit chicagoacademyforarts.org.