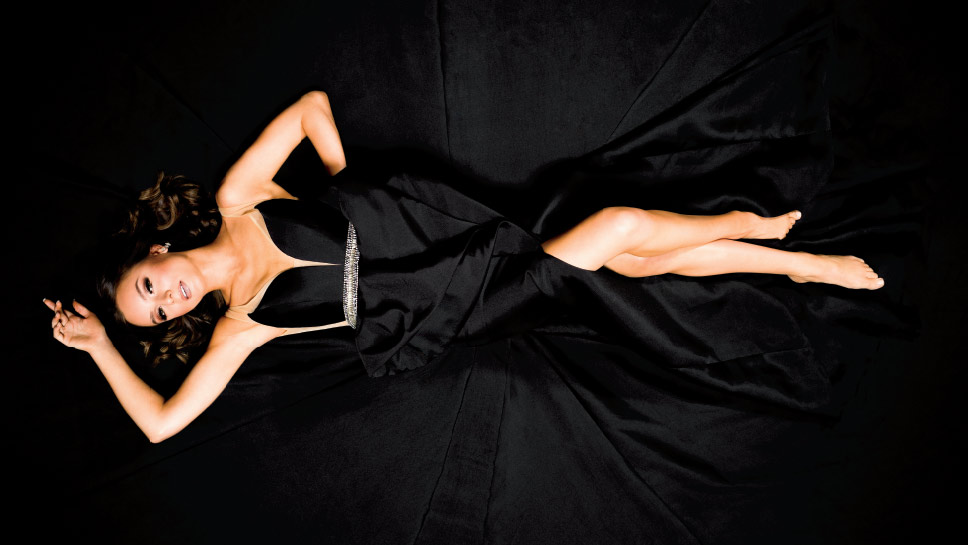 Olivia Pura of Deer Park uses the platform of Miss Illinois USA to advocate for the inclusion and equality of women in STEM fields. PHOTOGRAPHY BY FRANK ISHMAN / HAIR, MAKEUP & STYLING BY CONSTANTINE JAMES / SHOT ON LOCATION AT CONCORDE BANQUETS IN KILDEER

Beautiful. Intelligent. Kind. And determined to make her own mark on the world. Olivia Pura is far from what you might imagine a beauty queen to be. In fact, beauty is only one small part of what goes earning a title, and a crown, in a beauty pageant.

Currently a senior at Northwestern University pursuing a double major in Biochemistry and Slavic Languages & Literature, Pura is confident and articulate about her journey to and from earning the titles of Miss Illinois Teen USA in 2016, and Miss Illinois USA last September. Much of her motivation comes from her Eastern European roots and her family in Deer Park.

As a first generation Polish-American, Pura credits her family with nurturing her values, work ethic, and desire to achieve the American Dream many of us take for granted. 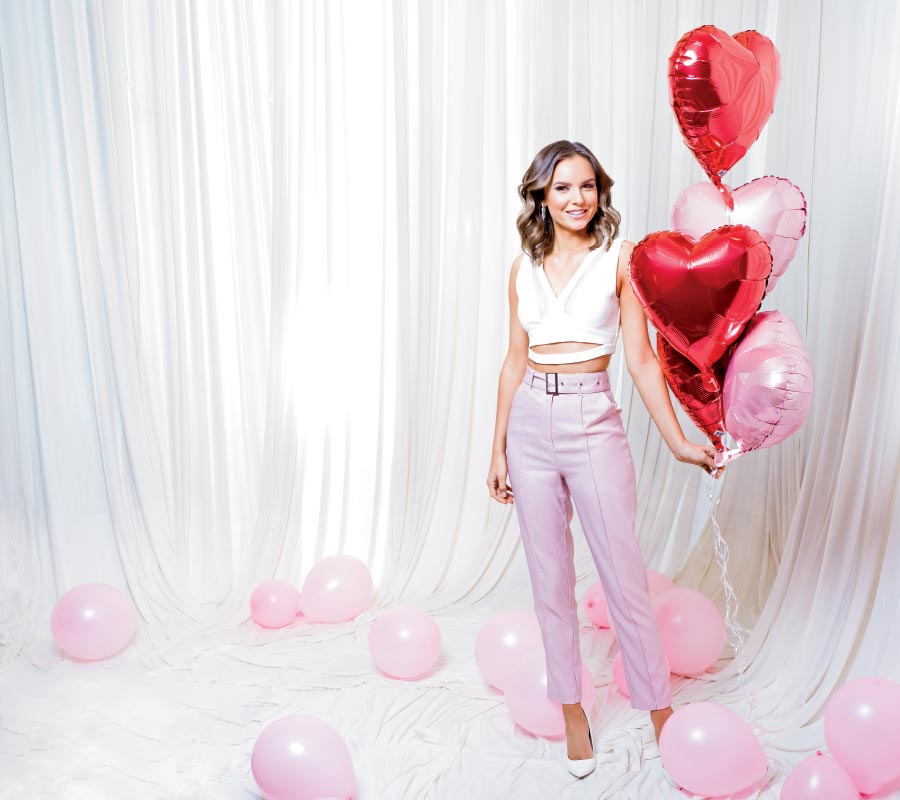 “All of our traditions, the way we do holidays, and our family values are Eastern European,” says Pura. “We are a close-knit family.”

Pura’s father, Derek, emigrated from Katowice, Poland to the U.S. in the ‘80s; her mother, Anna, came over in the ‘90s from Krosno (near Krackow). They met in America and worked hard to build a life and their family. Dad started as a contractor, then learned and moved into the interior design end of the business. Mom studied and worked to become a nurse. They had their four children (Olivia is the eldest) and raised them for a number of years in Des Plaines.

“At home, we speak mostly Polish and I major in Slavic Languages, which is fun,” Pura adds.

Always striving to improve their family’s quality of life, the Pura’s moved to Deer Park when Olivia was a freshman in high school.

“Moving to Deer Park was a nice change for us,” Pura says. “It’s so calm around this area. Our home backs up to Cuba Marsh where we enjoy nature. We were able to get a dog, a Bernedoodle named Bambi, who we love to walk. It’s the best place to come home to, especially while going to school in Evanston.” 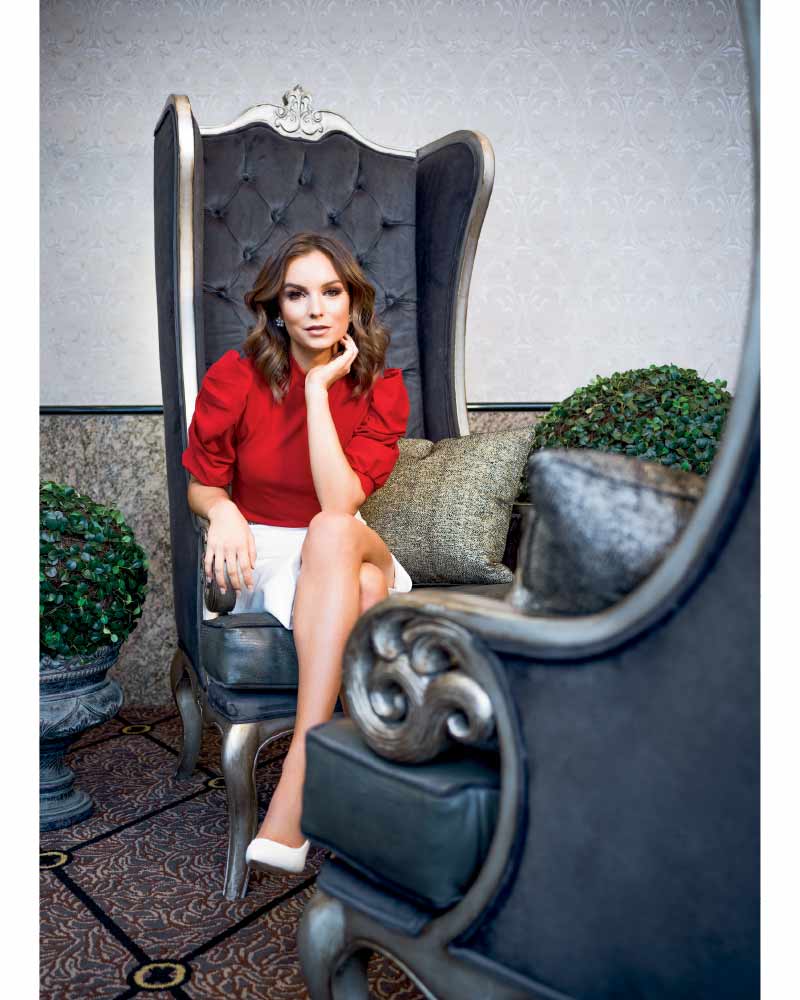 While attending Lake Zurich High School, Pura was involved in dance and Orchessis—excelling in classical, ballet, jazz, and point—which she credits to helping her segue into pageantry.

“Being involved in dance gave me the idea of going into pageantry,” she explains. “I love performing and being on stage.”

Pura won Miss Illinois Teen USA in her senior year of high school, after which she competed in Miss Teen USA.

“It threw my senior year into a spiral,” she recalls. “It was so fun to have this to myself and to meet new people, try new things, and visit areas of the state I hadn’t been to. I knew after that year that I wanted to do Miss Illinois four years later. So many good things have already come out of pageantry for me, such as self-confidence and ease in public speaking.” In the interim, Pura competed in Miss Collegiate America and was then crowned Miss Illinois USA, this time as a senior in college. 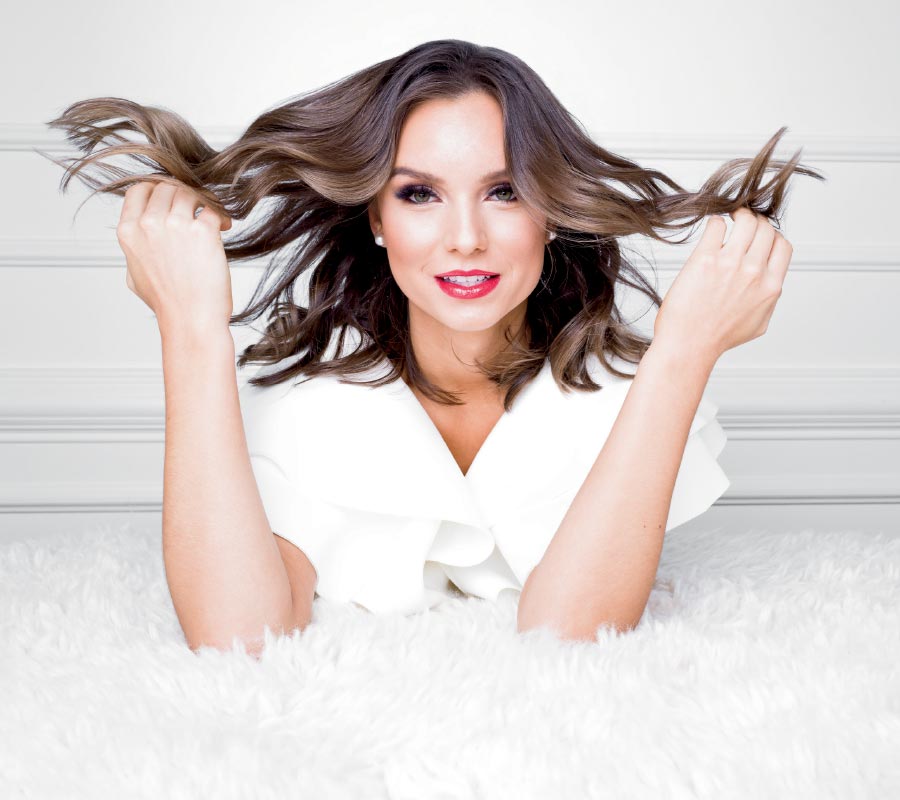 “The first time I ever got my makeup done was the day after I won the Miss Illinois Teen USA title; it propelled me into a world of glamour and fun, which I don’t get to do on a daily basis as a college student,” Pura says. “But only one half of the title comes from the beauty part and being in front of a camera. There is also challenge and growth each time I participate in a pageant.” And once crowned, Pura uses her platform to decide where to direct her efforts.

“What’s cool about winning a title is that you can make of your year what you want of it. My focus is on advocating for females in the STEM fields. I’m working with government officials, including Illinois House Representative Mary Edly Allen, to establish a formal recognition week that will recognize females in the STEM fields. I’m hoping we can create a committee, a broad task force, in Illinois that lobbies for gender equality in the state. I want to be a part of making something happen that lives on once my year as Miss Illinois USA is over.”

It’s not surprising that Pura has chosen a serious subject to advance as Miss Illinois USA. In addition to maintaining Dean’s List status in her rigorous academic majors, Pura has worked as an undergraduate researcher. In the last three years, she has received more than $10,000 in grants for her independent research pursuits and published her first article at 19 years old. With a passion for giving back, Olivia serves as a Peer Mentor for NU|Bioscientist, a program that helps prepare first-generation, low-income freshmen for undergraduate research. She is also an active member of both Kappa Alpha Theta and the Phi Beta Kappa Honor Society. And, she is currently applying to phD programs (hopefully Stanford or Northwestern). She’d ultimately like to do research and work as a professor.

As Pura moves into her last semester at Northwestern, she is also gearing up to participate in Miss USA in May. The two-week competition will be filled with rehearsals, events around the host city (yet to be announced) to gather footage for the live telecast, and the competition itself, with interviews, and swimsuit and evening gown competitions. Hopefully, Pura will go on to the semi-finals with the top 15 or 20.

“So much preparation goes into it. I will feel ready, and I really enjoy it,” she says. “Awareness of current events is very important, as are your own goals and aspirations. To become Miss USA as a first-generation American would be a cool testament to what type of people can do big things in this country, that what you come from doesn’t have to limit what you can become. I’d love to take that initiative to bring it to a national platform. ”

Olivia recognizes the importance of and responsibility of being a role model, to her younger sisters and other young women, including first-generation Americans. “I hope to serve as an inspiration for others. Amazing women throughout my life have taught me the importance of perseverance and confidence, and I plan to incorporate some of the principles into my own mentoring program to empower other young women to pursue STEM fields.”

Lofty goals for a young woman that is beautiful—both inside and out. We’ll be rooting for Olivia Pura during the upcoming Miss USA pageant.