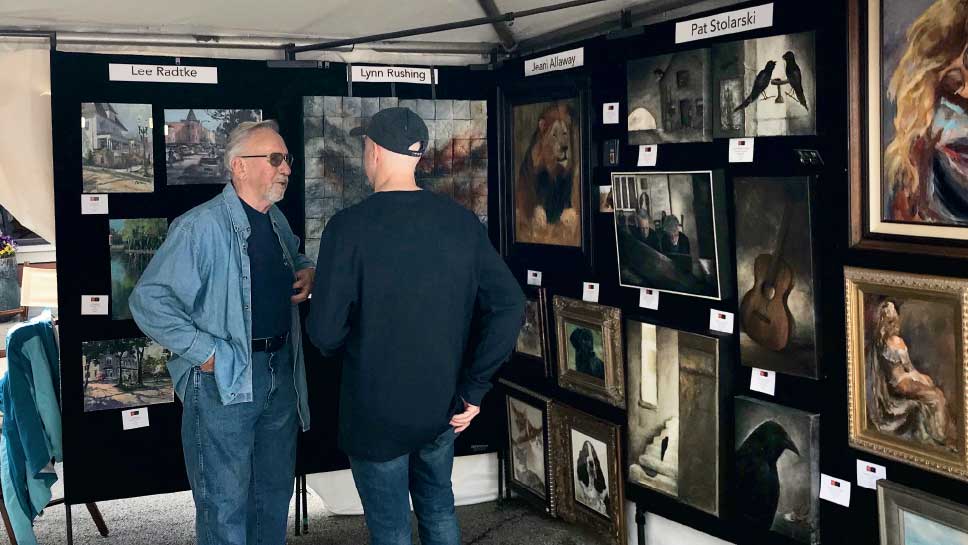 As all creatives know, being an artist isn’t all galas and gallery openings. More often, it’s finding vision, honing skills, and persisting with diligence through long, solitary hours of hard work. The parties, exposure, and community building that come with art openings and performances are an exciting part of the picture. But having a community of like-minded artists to connect with for idea exchange and collaboration during the in-between times is important too.

Ten years ago, stained-glass artisan Susan Russo, and a founding board of other Barrington creatives—including Jackie Kerr Smith (president), Charles Boyce, Vesna Bosvic, Nita Hunter, Carol Foster, Tamara Tabel, and Therese Davis—set out to form an arts community that would do both. The result? Barrington Cultural Art Center (BCAC). Now celebrating its tenth year, BCAC has become a relied-upon forum, showcasing new works, and acting as a learning exchange for local artists and the Barrington community through workshops and demonstrations. 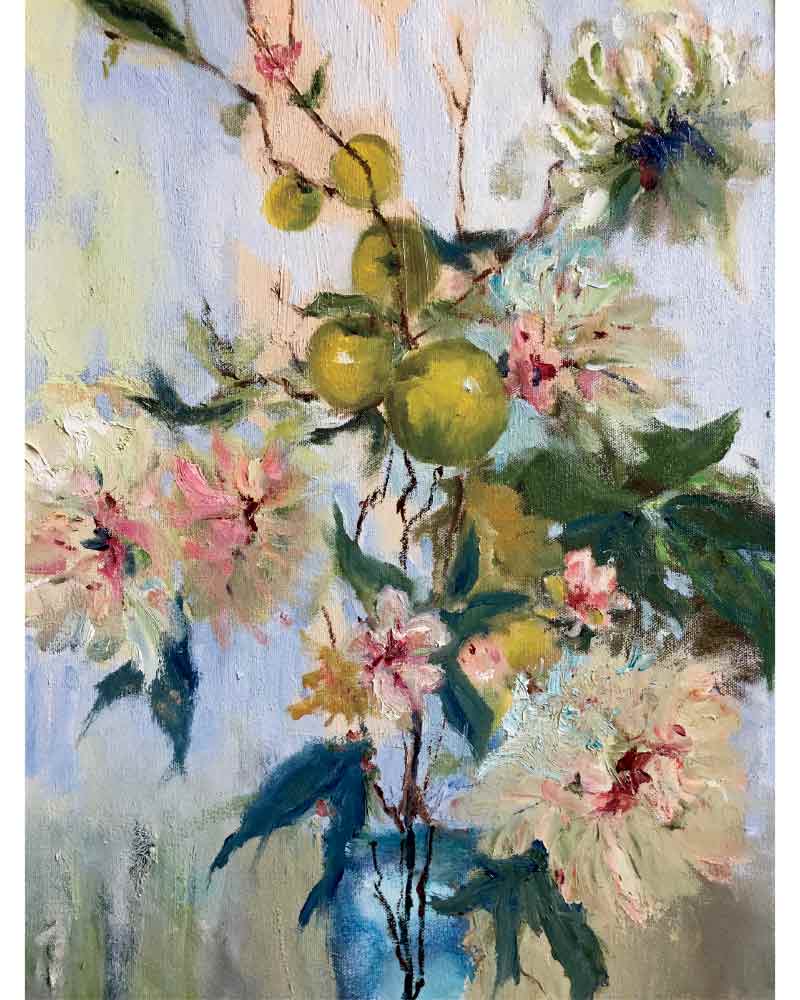 “I knew there were so many artists and creatives in Barrington who would not only benefit from the opportunity to show and market their work locally, but also, the chance to connect with one another creatively,” says Russo, thinking back on BCAC beginnings. With that in mind, Russo put out an advertisement on the Barrington rolling billboard, to find other artists interested in creating a home for the arts in Barrington. “We had the most amazing response,” says Russo. “Writers, poets, playwrights, photographers, painters, and other visual artists all joined in.” 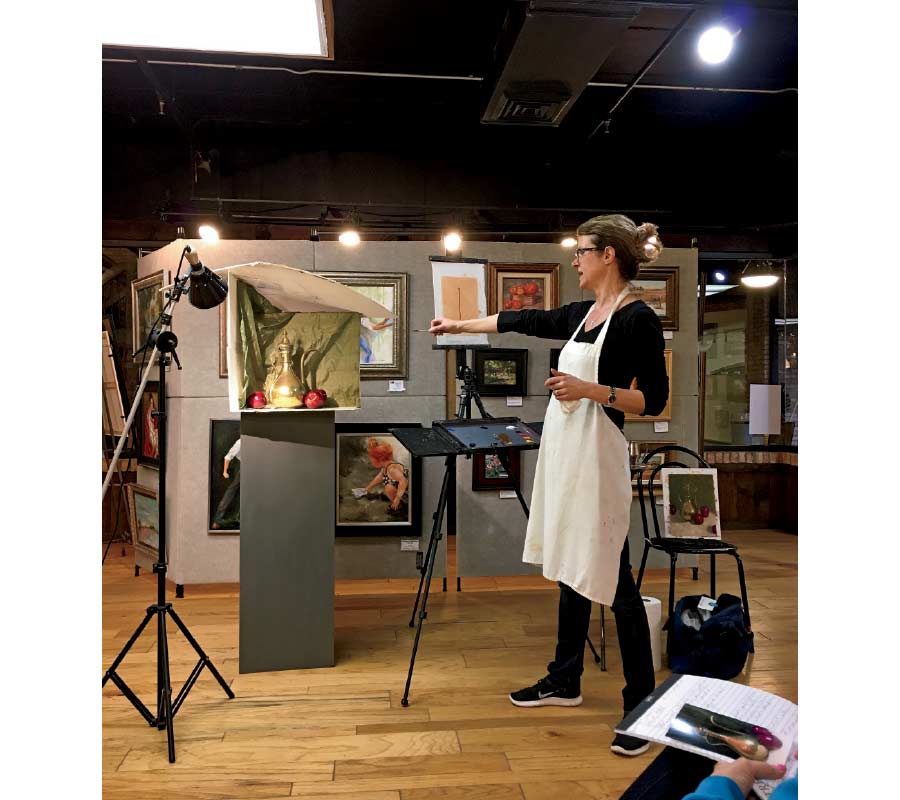 Because space was available in the Ice House Mall, the group headquartered there, giving BCAC the chance to meet and to showcase member’s work. Events called “Friday Night Features” brought the group together to see plays put on by other members, hear poetry readings, and to talk among displays of artwork in the gallery. And as the group grew, so did opportunities for workshops and community events. 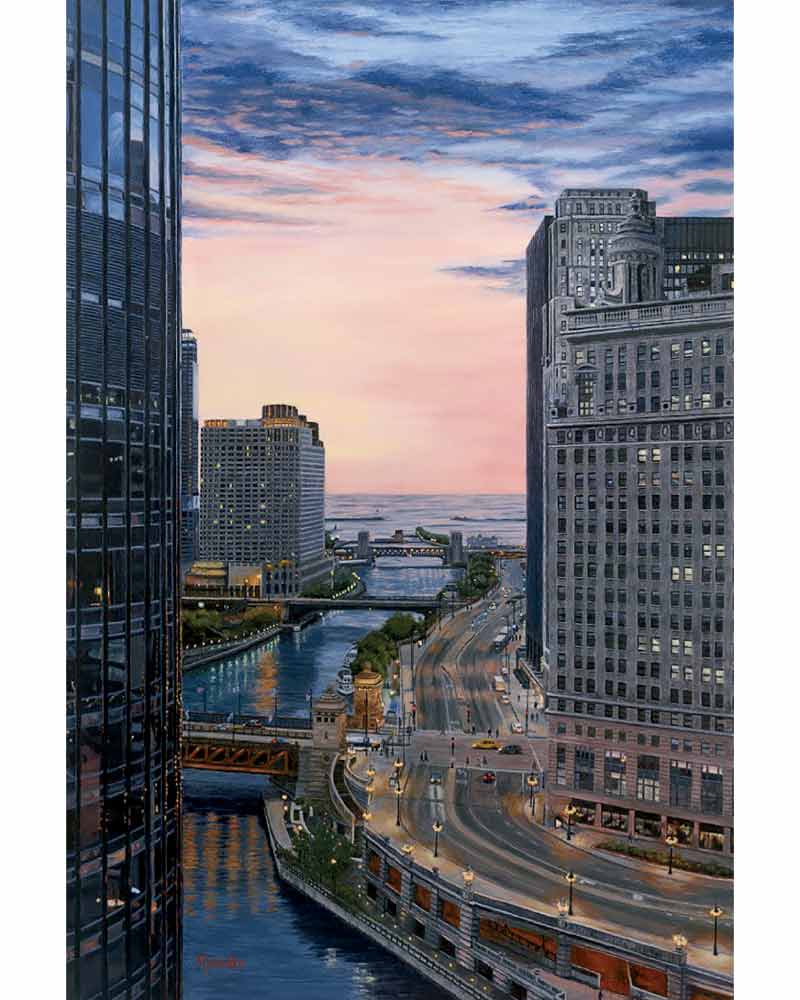 “Some of my favorite events were the open-studio sessions with live models,” says artist Judy Skulborstad, current BCAC president. “We also organized plein air painting outings, have had some wonderful workshops and presentations. And of course there was the ‘Faces of Barrington’ art show we held at the Ice House gallery featuring more than two dozen portraits of various Barrington personalities—from the mayor to a member of the clergy to a worker from a local store. They had all come to the gallery over the course of several months to be painted from life by our members.” 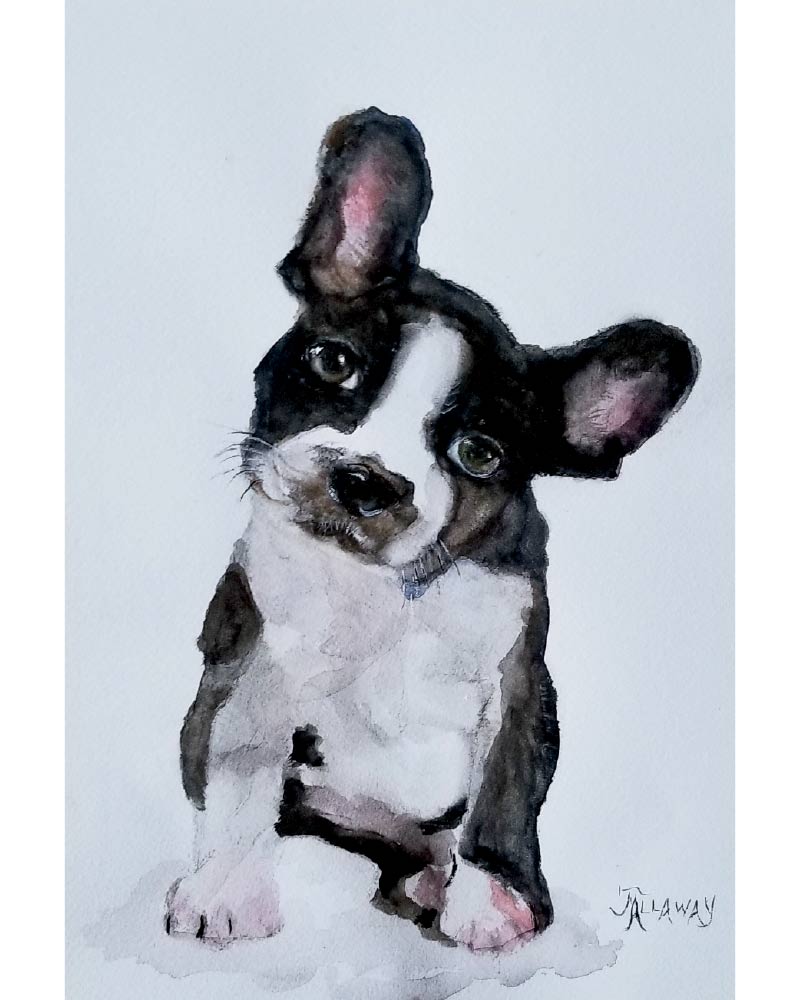 Another fun community event was the “Life on the Back Nine” portrait series, featuring Barrington residents painted in character to show their favorite interests and hobbies: a farmer in his overalls, a biker with helmet and bike, a musician with his guitar, and more. Both events included festive opening receptions where all of the portrait subjects joined in with the artists and the greater Barrington community to celebrate. 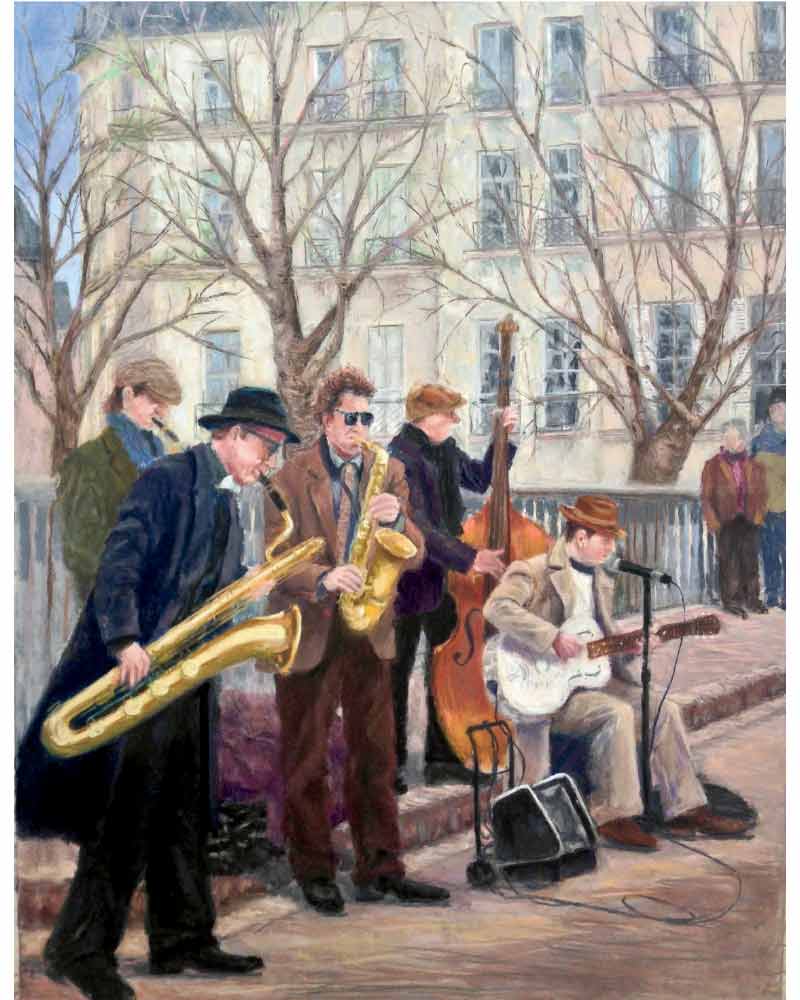 When locating in the Ice House Mall was no longer viable, the group transitioned to exhibiting primarily at its satellite galleries, including the Barrington Bank and Trust building and Advocate Good Shepherd’s fitness center. 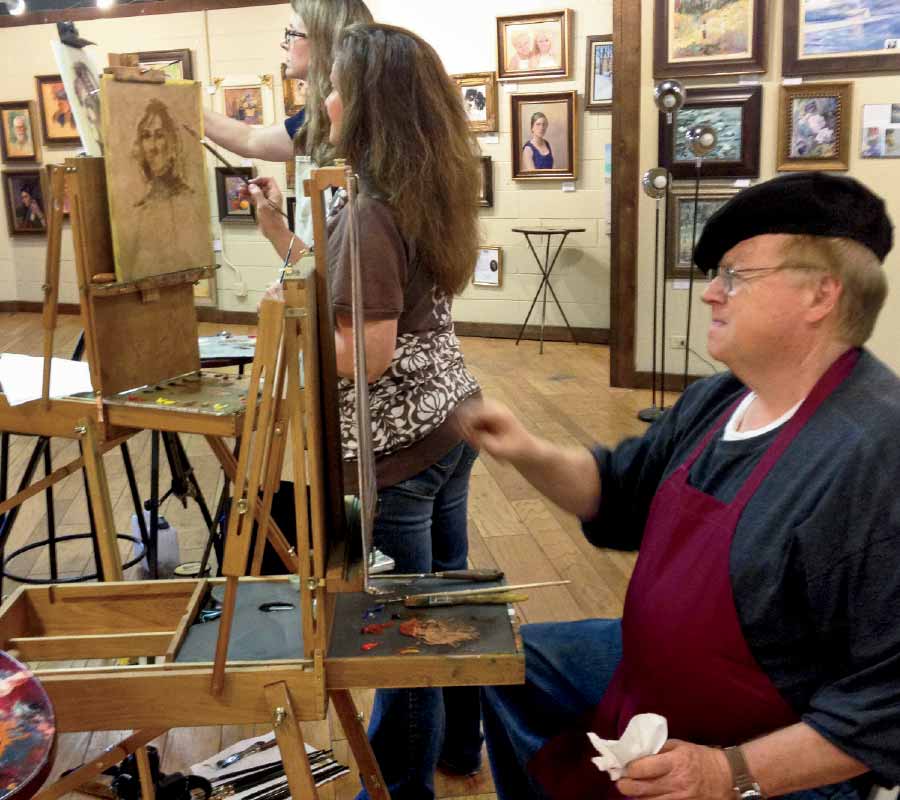 Over the years, the group has continued to evolve in other ways. “Each new president and board brought fresh ideas and goals,” says Jackie Kerr Smith, a visual artist and one of BCAC’s founding members. “Each change has taken the group in new and exciting directions.” 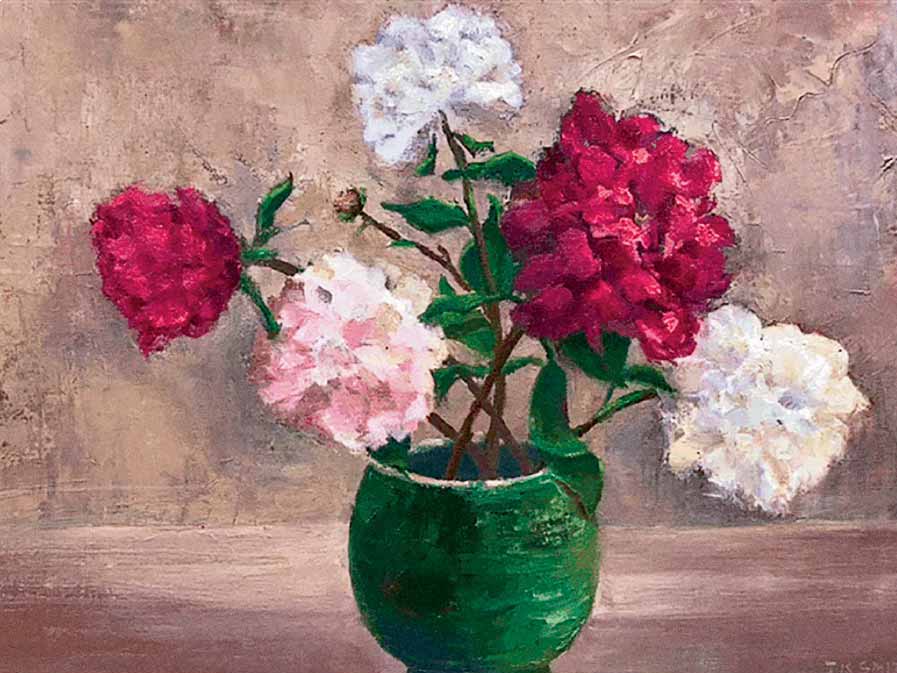 “Today, BCAC only has members in the visual arts (2D and 3D) and not the other artistic disciplines that were involved in the beginning,” says Skulborstad. And with no current headquarters building, “a big focus of ours has been on identifying and pursuing pop-up gallery opportunities,” she adds. “We also have placed importance on forging strong relationships with the Village of Barrington’s Cultural Commission, the Barrington Area Chamber of Commerce, and Barrington’s White House.”

Results of this focus have already brightened the arts scene in Barrington. BCAC participated in Barrington’s Wine Walk and organized an Art Walk with participating merchants during the annual Amdur Barrington Art Festival in May. “We also had a pop-up gallery in the Carter Financial Building on Cook Street that month, and have more pop-ups to come,” says Skulborstad. BCAC just wrapped up its second annual “Deck the Walls” Holiday Pop Up Art Gallery and Sale at Barrington’s White House. 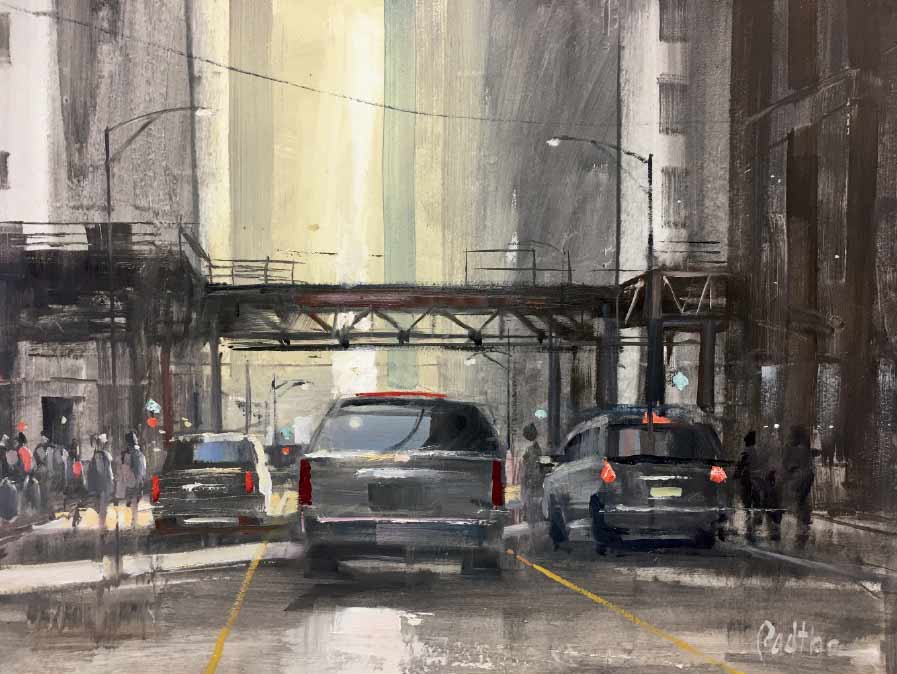 Moving forward, BCAC members do hope to find a new permanent physical space to call their own. But in the meantime, members say the opportunity to exhibit their work in public spaces giving them exposure and sales is a huge benefit to being part of the group. So is the camaraderie and community that launched BCAC at the beginning.

“It is great to get together with other artists to share what we are all doing and working on, ” sums Skulborstad. “We spend a lot of time alone in our studios working so it’s a great boost to get together for art talks, workshops, and demos with like-minded people.” 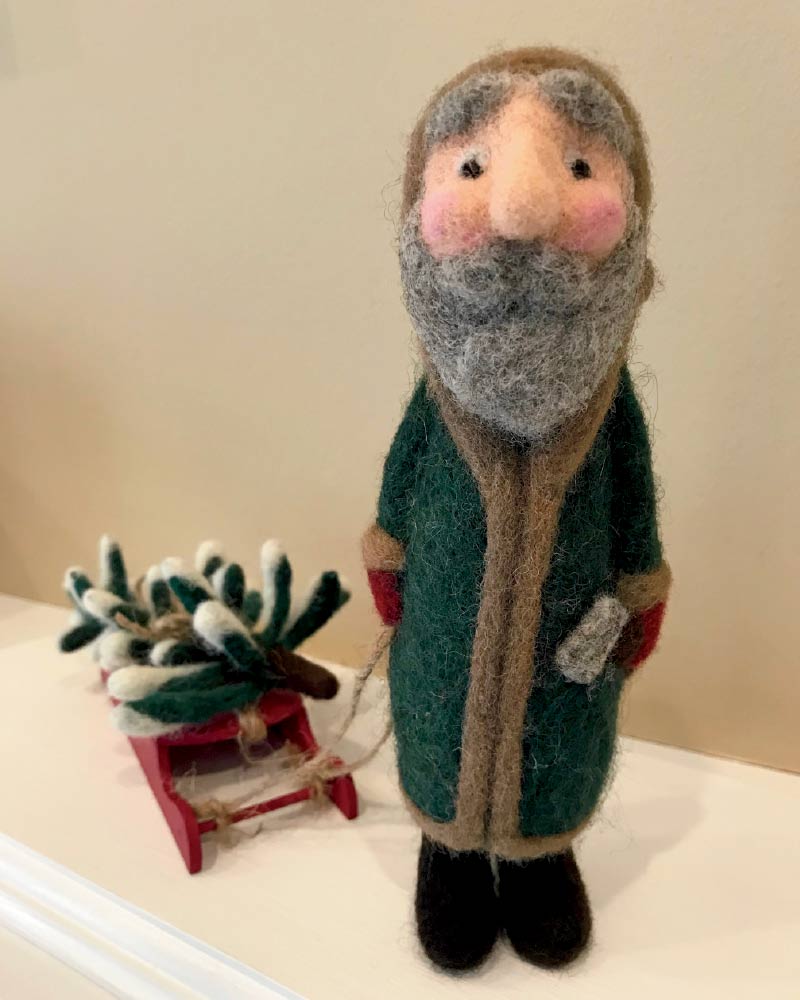