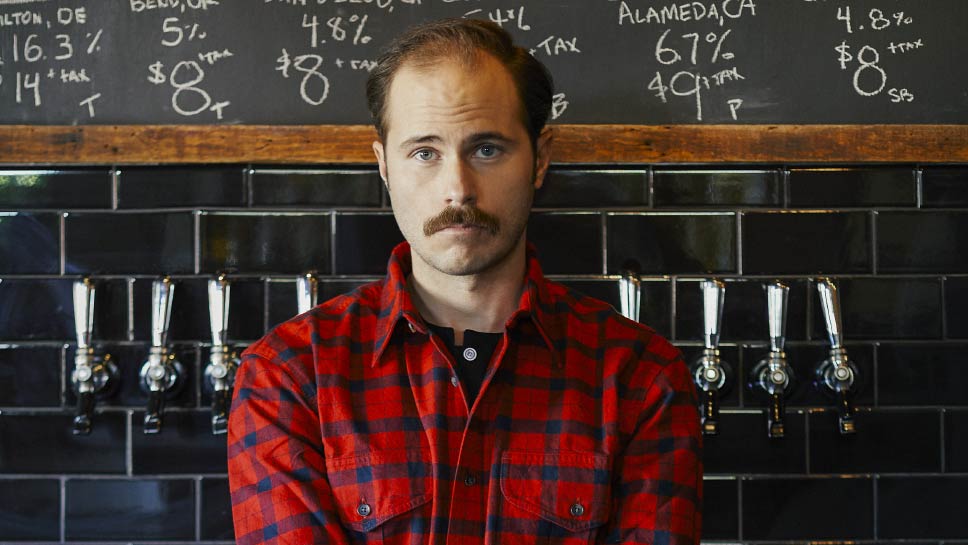 Barrington native Sonny Valicenti brings his own brand of acting to his role as the ADT serviceman/BTK serial killer in Netflix’s thrilling drama series, Mindhunter. PHOTOGRAPHY BY TAE KWON

Growing up on Steeplechase Road in Barrington hills with his parents and sister, Sonny Valicenti had what he describes as an “idyllic and perfect” childhood with a big, quiet yard and an opportunity to learn and practice meditation in his mom’s garden at his magic hour of 10 a.m.

He attended Countryside Elementary (across the street from his home), Station Middle School, and Barrington High School (BHS)—performing in his first school musical with the Wild Cat Players at Countryside as one of several Willy Wonkas and as part of the cast in The Wizard of Oz. But what he took from this was not necessarily a strong, knowing desire to be an actor when he grew up (this would come later), but a feeling of support and a sense of community that has informed and guided him to this day—even in the cutthroat culture of Los Angeles. It’s this community that he seems to find and cultivate wherever he goes, leading to opportunities in acting and a support system in life that includes his wife, Charlotte Hageman, whom he just married in October.

During the second season of Mindhunter, Valicenti spends a total of 7 minutes on camera. Seven minutes of chilling creepiness that leaves viewers wanting, and at the same time not wanting, to see and know more. You sense that he’s up to something sinister, but director David Fincher keeps you guessing, even after the final episode of the season. 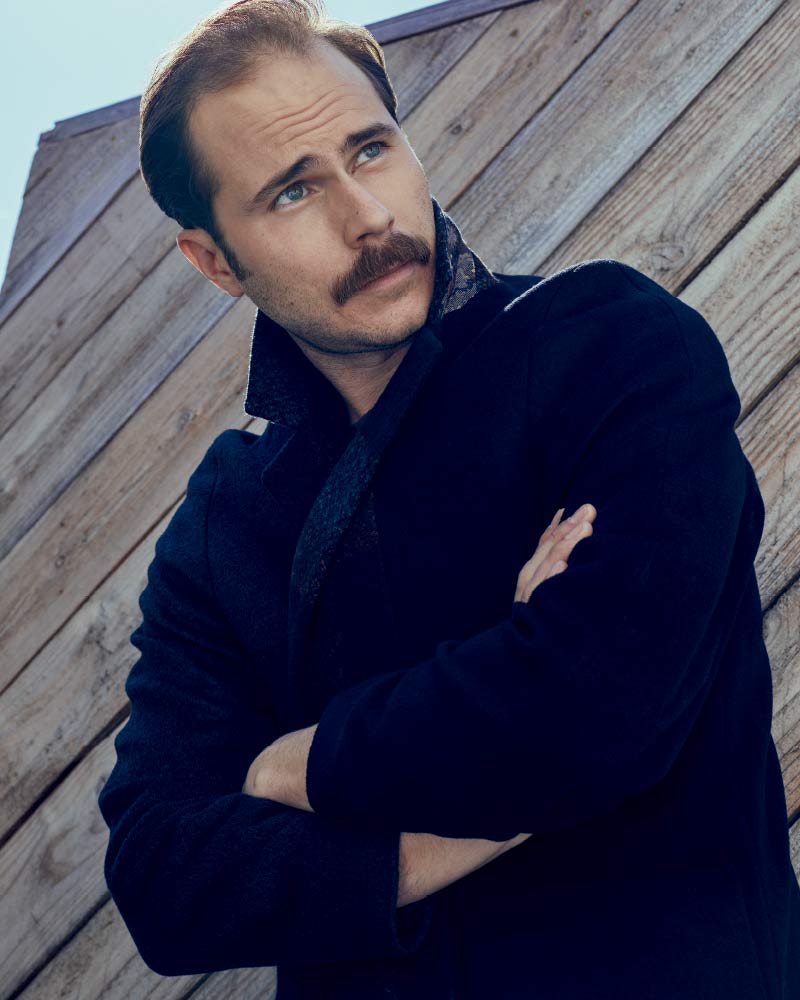 It would take a while for Valicenti to arrive at this moment and to this and other roles in theater and film. His journey takes him from those early days in grade school musicals to “wanting to be a jock” during middle and early high school, to coming to the realization at BHS that acting was his chosen vocation.

“BHS was the moment it became a serious interest,” Valicenti says from his home in Los Angeles. “Our theater teacher, John Lin, was amazing. We worked on incredible American drama like unproduced Tennessee Williams plays and Eugene O’Neil productions.” He goes on to mention longtime choir director Nancie Tobison and others who took BHS to another level in their productions. “We did a student version of Les Mis when it came out, bringing in internationally known singers. We couldn’t have done it without these teachers who decided to collaborate in a more deliberate way. The talent in Barrington is crazy.”

In a recent Chicago Tribune article, John Lynn said of Valicenti, “I saw this fire, and I knew. My first rule of acting is, ‘If you can do anything else with your life, don’t do theater (or acting).’ It’s not about talent; it’s about drive, desire, and perseverance. With Sonny, I saw it so early.” 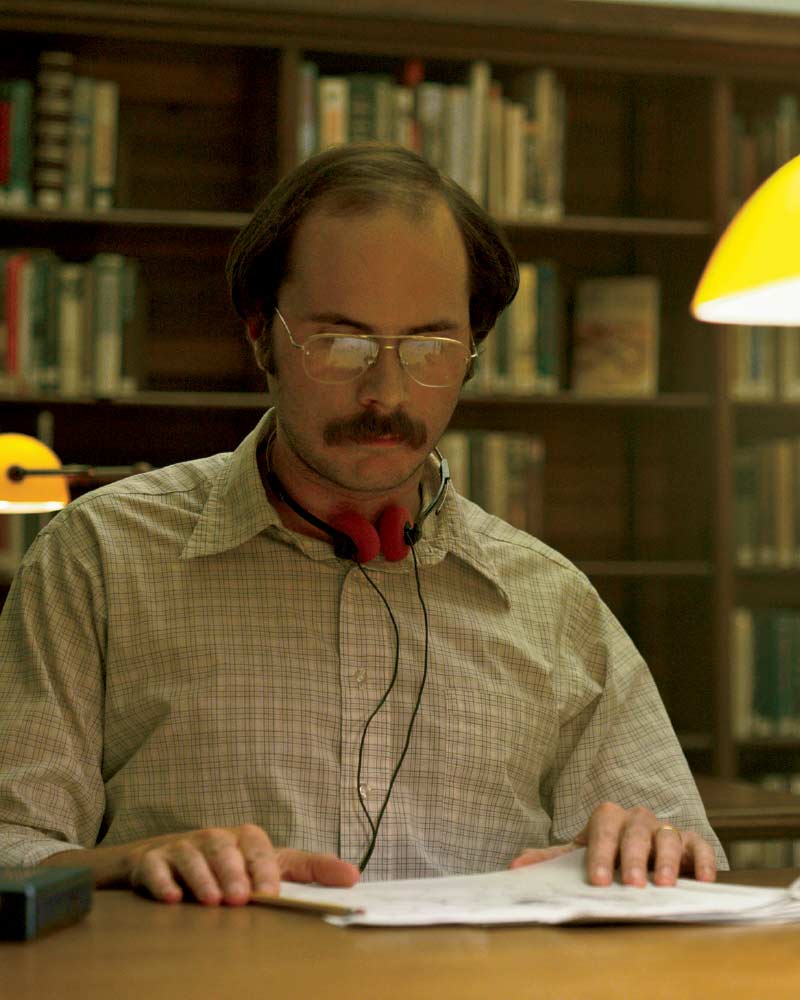 Valicenti says that Chicago theater also influenced his decision to pursue the acting craft and begin applying to colleges. His father, Rick, let him skip school one day to take him to see a Wednesday matinee of David Mamet’s Glengarry Glen Ross at Steppenwolf Theatre. “Chicago theater and the actors with Steppenwolf set the tone for me. Amy Morton, Tracy Letts … it wasn’t New York and it wasn’t LA. They were very present and devoted to their work.”

His mother, Linda, was instrumental too, exposing him to the cinema at an early age. “My favorite thing was to watch actors like Bill Murray, Jim Carrey, and Chris Farley. And, even though having a creative life is not always possible, my parents have always been so supportive.”

In fact, it was Valicenti’s father who brought brochures from California Institute of the Arts back from a trip to Los Angeles. “They were known for their classical training and avant garde productions of plays,” Valicenti recalls. Avant garde was definitely in his wheelhouse, and off he went to CalArts in Santa Clarita to earn his BFA in acting.

It seems Valicenti has always embraced the opportunity to venture outside his comfort zone, tackle the next challenging big thing, and move through it with a new set of skills, connections, and direction to the next experience. 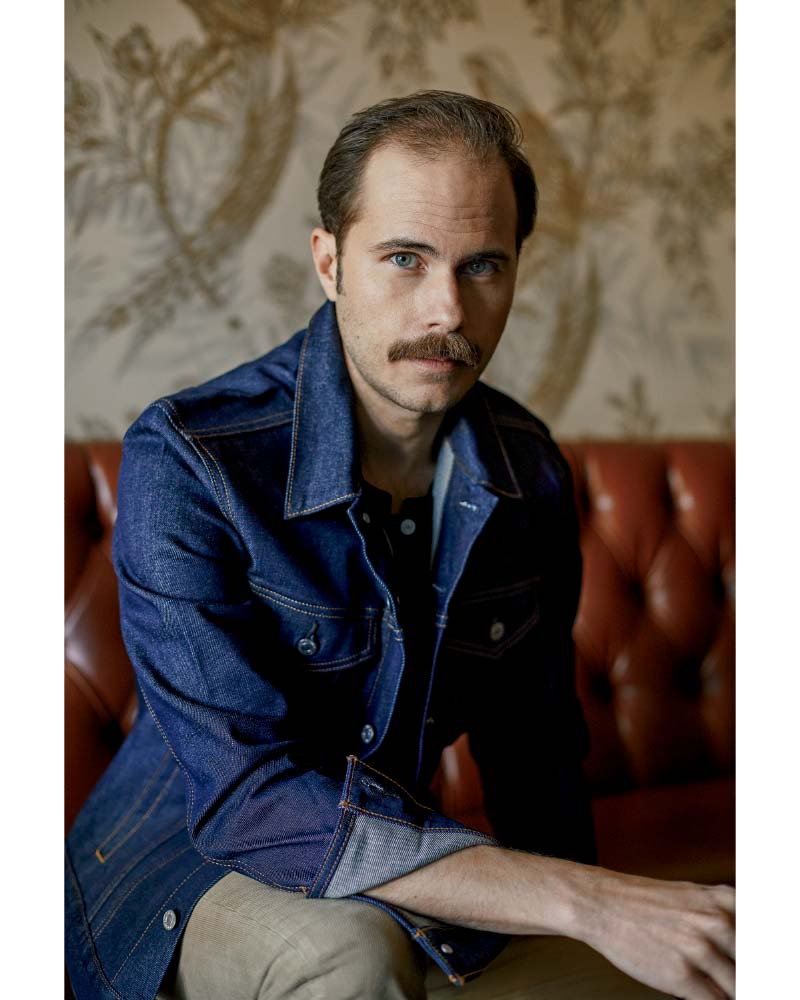 After CalArts, a professor who had worked with Steven Bochco (producer of Hill Street Blues, LA Law, NYPD Blue) told Valicenti, “Steven wants to meet you.” So Valicenti auditioned for a role in the TNT series Raising The Bar—and landed it. “It was a real moment for me, knowing that my teachers were going to lead me through,” Valicenti says.

From there, he went on to spend a year with The Acting Company’s repertory company troupe, a touring classical theater established in 1972 that performs in more than 20 cities to audiences across the country. What must surely be a test of ones mettle, both as a person and as an actor, served to fortify Valicenti.

“Spending 12 months on a tour bus is an out of body experience,” he laughs. “To have thousands of hours under your belt of doing heightened text and Shakespeare, where every night is different because the text demands that of you, I wouldn’t trade that for anything. There is power gained through that experience and when I came back to LA and started going to commercial auditions, I understood that there is a poise to be trained in the theater.”

He took that poise, that natural ability to form true and long lasting relationships with people, and that ambition to find his way—one opportunity and one connection at a time.

An Apple campaign shoot led an invitation by feature film comedy directors Will Speck and Josh Gordon to play a supporting role in the 2016 hit movie Christmas Office Party. The next year, he appeared in Steven Spielberg’s The Post, which starred Tom Hanks and Meryl Streep. Other work includes television work in several TV series and off-Broadway and regional theater productions across the country. And, he wrote, directed, and starred in his own short film, Final Scene, about the breakup of comedy duo Dean Martin and Jerry Lewis, which appeared at the Austin Film Festival and Dances with Films.

Perhaps all of this also prepared him to work with Fincher in his Mindhunter role based on the real life serial killer Dennis Rader. Fincher is known to have an actor do a take up to 50 times before he is satisfied.

“I would say that we do an average of 35 takes for a scene,” Valicenti says. “It was a real wake-up call to me that it is a luxury to have that many takes. The director is giving me a whole lot of time to find it, to try a few things, to let some not-great impulses and nervousness fall away, and to take my time to see what happens.” Watch Valicenti in the series and you’ll appreciate this.

Coming up, Valicenti will appear in a new Showtime show, Your Honor, filmed in New Orleans, with Bryan Cranston. He filmed his part while on honeymoon with Hageman, who “runs a hip flower shop in Century City.” On his bucket list, he’d like to work with filmmaker Paul Thomas Anderson, who has been nominated for 25 Academy Awards. “I would like to end my life knowing I have worked with him. It’s a selfish, excited goal of mine to find a short hand, creative relationship with someone like him as their filmography evolves.”

Back in LA, Valiceniti reflects once again on Barrington and how the community helped shape the man, and the actor, he is today.

“The people, families, and teachers in Barrington are everything,” he says. “I feel very fortunate to have had the support from the community who gave me the message, ‘We’re here to encourage you to go all the way with it.’”

Seems like it stuck. Stay tuned for much more from Sonny Valicenti.