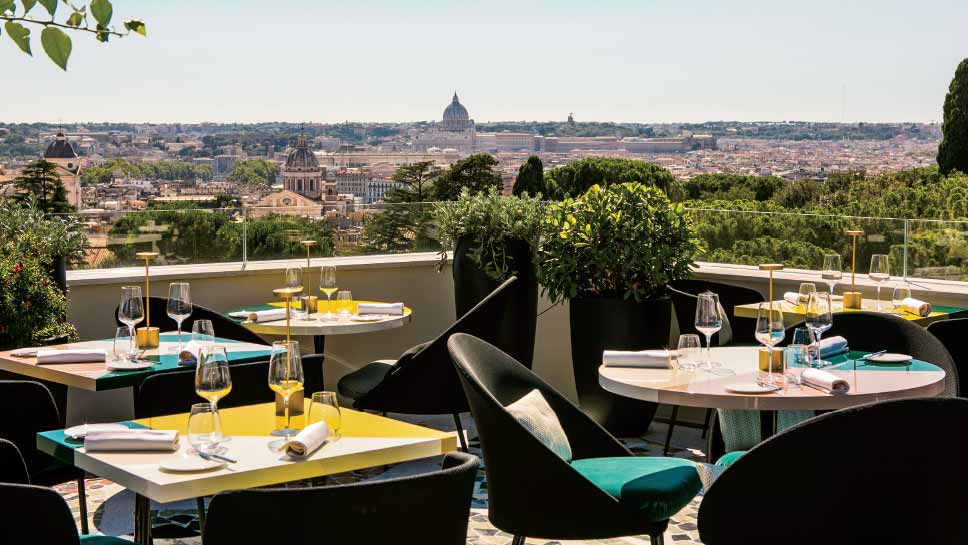 “Go thou to Rome,—at once the Paradise.” Enchanted by Rome’s unique blend of antiquity and modernity, the poet Percy Bysshe Shelley proclaimed the Eternal City to be an earthly paradise. Guests of the Sofitel Rome Villa Borghese are sure to be similarly enchanted by a complete redesign that pays tribute to the hotel’s storied past as a Roman palazzo while satisfying every modern need. Light-drenched rooms feature hand-painted ceilings that speak to the building’s 19th century roots while spacious marble bathrooms are decidedly 21st century. Suites featuring expansive living rooms, dual balconies, half baths, and twin wet bars might tempt a guest to stay in. Fortunately, a guest of the Sofitel Rome Villa Borghese doesn’t have to stray far. The hotel’s location on a quiet city street belies its proximity to some of Rome’s favorite attractions—the Trevi Fountain, Villa Medici, Borghese Gardens, Spanish Steps, and even the home of a princess. 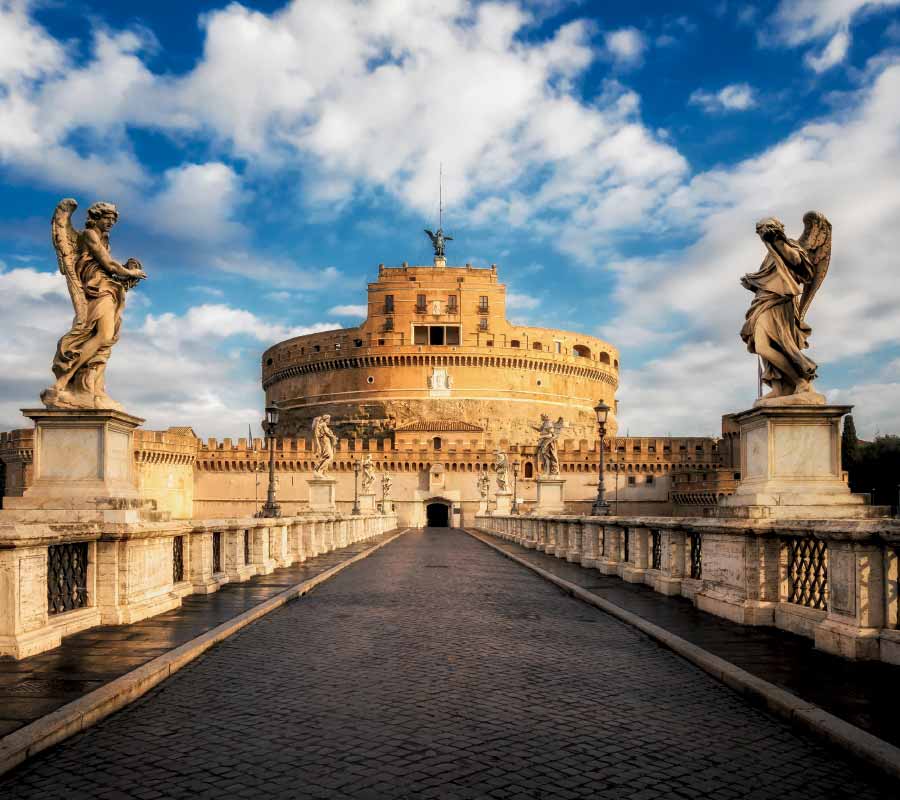 For gourmands wishing to savor Italy’s rich culinary history, the hotel concierge is adept at both recommending dining options and securing reservations. A wonderful start, however, is the Sofitel’s own rooftop lounge and restaurant—Settimo. The only risk to beginning a dining journey at Settimo is one may choose to never venture further such are the allures of the menu’s contemporary take on traditional Roman dishes like rich oxtail broth ravioli, stuffed zucchini blossoms, and lightly fried anchovies. Settimo’s elegant outdoor terrace is the place to experience a Roman sunset. The sun’s descent over St. Peter’s Basilica turns the sky the brilliant red of a Cardinal’s cloak. Toasting this miracle with a cocktail as potent as it is pretty is the quintessential Roman moment.

Cooks hoping to connect with Italian culture through a hands-on culinary experience will delight in a day spent with the chefs of Trustever Tastes. After selecting fresh produce from one of Rome’s oldest fresh-air markets and browsing at cheese, meat, and bread shops, guests are guided to a 15th century building overlooking a square often described as Rome’s most beautiful. Behind the building’s picturesque facade, a state-of-the art kitchen becomes home for the next few hours as dishes like fresh porcini ravioli and raspberry-studded fennel salad are prepared alongside the friendly Trustever Tastes’ chefs. Lunch follows in a sunny dining room where the clinking of wine glasses and the sounds of laughter seem to synchronize with the chiming church bells of the square’s Basilica di Santa Maria, one of Rome’s oldest churches. 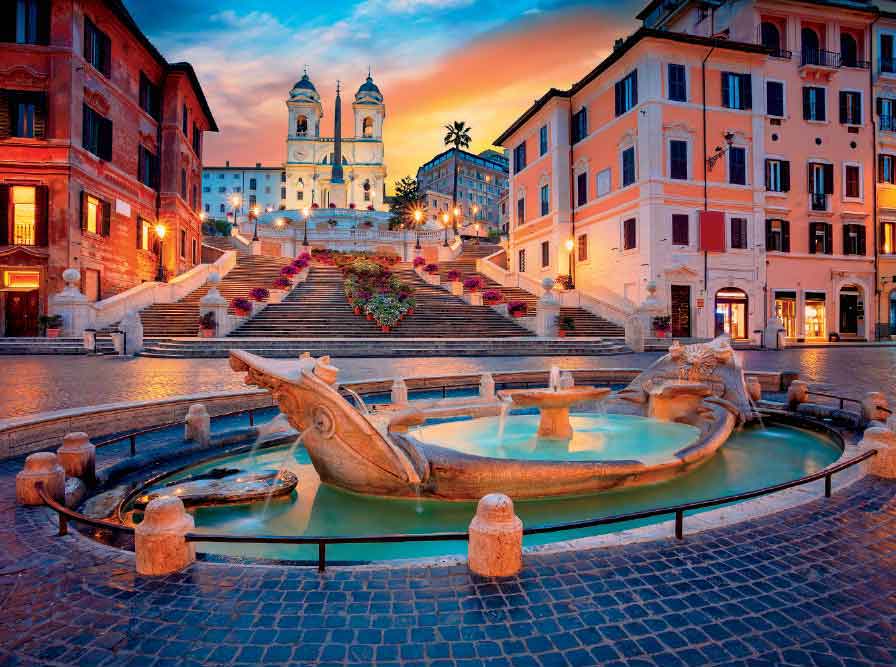 History buffs will be particularly interested in two outings planned by the hotel’s concierge staff; one within and one outside the city’s famed Aurelian Walls. The first outing highlights Bulgari: The History, The Dream exhibit at Castel Sant’Angelo located a short distance from Vatican City on the right bank of the Tiber. Showcasing the most exquisite pieces from the Italian jeweler’s 100-year history, the blockbuster exhibit draws long lines of impatient visitors. Sofitel guests, however, are whisked past the crowds to find themselves within Castel Sant’Angelo, a looming building first constructed in 123 AD to serve as the Roman Emperor Hadrian’s mausoleum. Converted into a papal castle and fortress during the 14th century, the elaborately painted walls of papal apartments and state rooms provide the backdrop to an array of glittering Bulgari treasures—an intriguing juxtaposition of religious and secular beauty. Outside the city’s walls the Appian Way, built in 312 BC as Europe’s first super highway, is still in use. A stroll down the Appian Way’s wide, black basalt pavers as a witty, knowledgeable private guide explains the ancient Roman ruins and Christian catacombs dotting the surrounding landscape is time travel of the most pleasant sort. 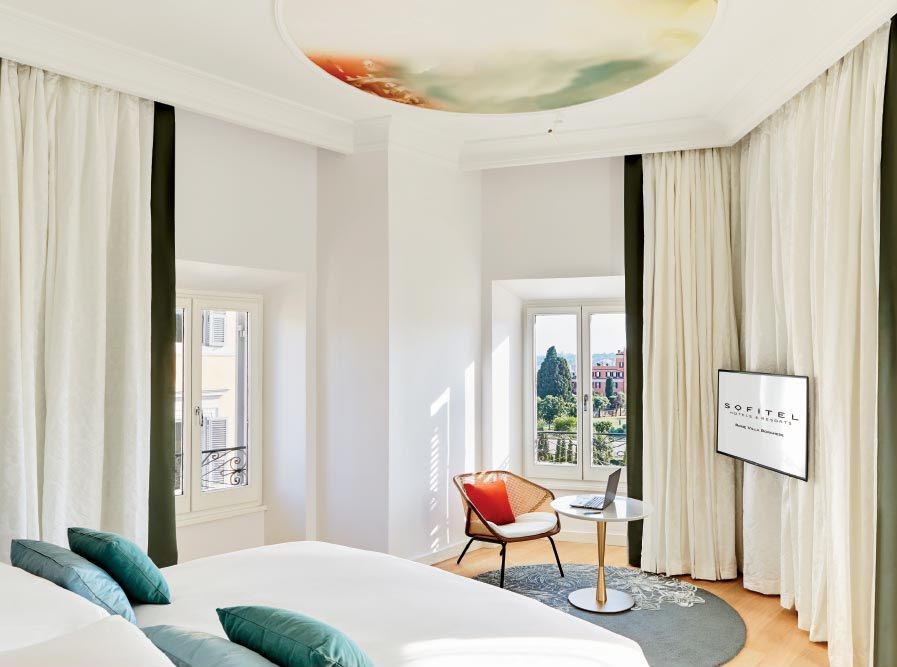 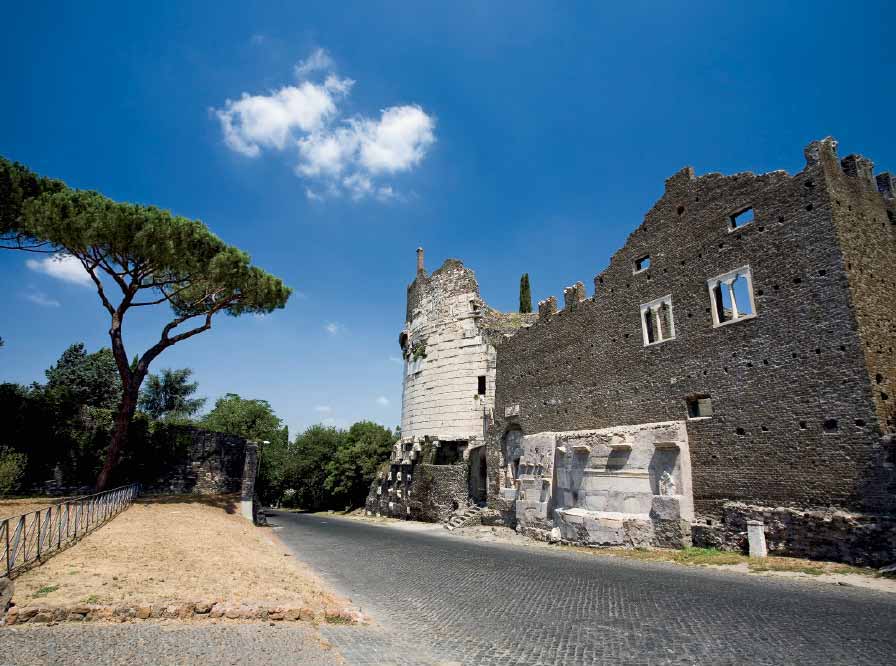 While Villa Aurora is incomparable—its grounds and interiors have been described as a living timeline of Western art—Princess Rita’s warmth, intellect, and dedication are equally incomparable. Built in 1570, Villa Aurora is a short walk from the Trevi Fountain. The location is fitting as over 50 years ago the princess—then Rita Carpenter of Austin, Texas—made a wish at the fountain to “marry an Italian and return to Italy to live forever.” Her wish came true when she met Prince Nicolò Boncompagni Ludovisi in 2003. Prince Nicolò, a descendent of two popes, died in 2018 but Princess Rita’s devotion to Villa Aurora and her husband remains fervent. Whether recounting the story of a quintet of quibbling Baroque artists who simultaneously painted the sitting room’s ceiling fresco or recalling her handsome husband while straightening a family photo, Princess Rita radiates appreciation and love. Rome is full of masterpieces but to see masterpieces in a setting so intimate with a princess as one’s guide is a memory to be forever cherished and the souvenir of a lifetime.