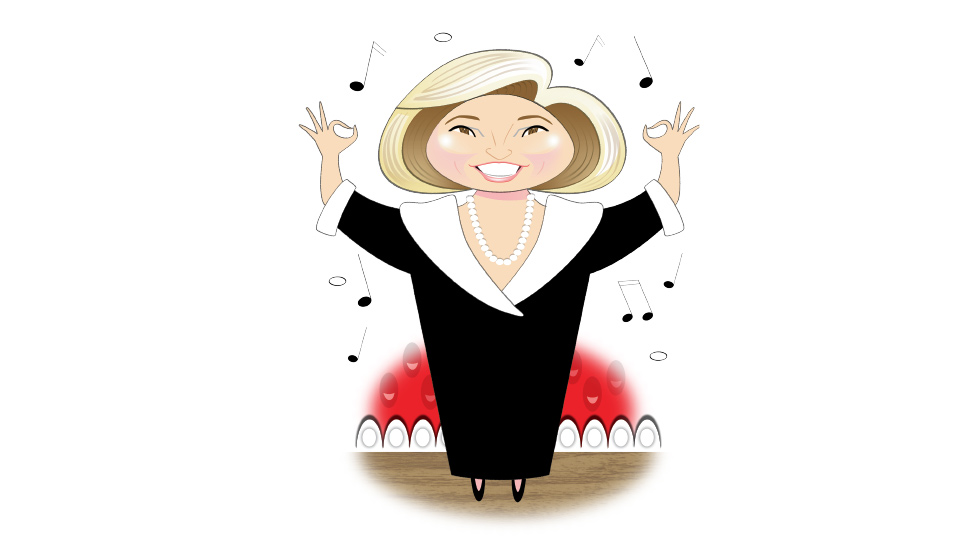 Nancie Kozel Tobison taught piano and choir in Barrington for more than 40 years. She was co-founder of both Barrington Academy and the Parker Playhouse. After raising her four sons in Barrington, she retired from Barrington High School in 2014 and moved to Anthem, Arizona with her husband David. She “failed” retirement and teaches at her local high school in Anthem where she enjoys working with more than 250 students, judging music festivals, and guest conducting. Tobison will lead the upcoming Christmas Carol Sing-a-Long at Barrington’s White House on December 22. Here are a few of this musical maven’s favorite lasts:

Last award or honor that made you proud and gratified by your life’s work?

My most treasured professional “golden moment” was being honored on the stage of Carnegie Hall by Choirs of America in 2014. My Barrington High School choir performed onstage and over 200 of their parents and my family and friends traveled to New York City to cheer us on. My most
remarkable honor was being a Grammy finalist for Music Educator of the year in 2014. I was one of only two women, the only high school director, and the only real “Grammy.” I have eight grandchildren and was by far the oldest finalist!

Last singing performance of a Christmas carol that made your heart sing?

Last former student who went on to achieve success in music?

In recent years I have shared the joy of the success of dozens of former students. In New York City—Maclain Dassatti, Andrea Schuman, Capron Hannay, and Zak Orth are performing and in the business. In Los Angeles, Cary Reynolds, Shelby Sanders, and George Wyhinny are doing the same.
Katelyn Wilson is a rising opera star performing in Europe. Timothy P. Foscz, Robby Kipferl, Hailey Rowe, P.K. Singh, and Justice Good, are all performing professionally in Chicago. Matt Zhang, Aidan Fox, Megan Rivera, Clair McLaughlin, Will Knoop, Annie Beaubian, and many others are performing at universities all across the country. JT Snyder is a true triple threat and experiencing huge success in Dallas.

I leave on the Disney Cruise out of Miami on December 26 with my family and one of my most talented students ever, Paul Roeckell, will be performing as Cinderella’s Prince Charming on our cruise. What a wonderful, magical coincidence. Trip of a lifetime!

Last memorable conversation or correspondence with a former BHS student that made you humble and proud?

I am so blessed to be in contact with students that span nearly 50 years of my teaching career. They validate that, for me, teaching is the most rewarding profession possible. My husband once told me it is not what I do, it is who I am.