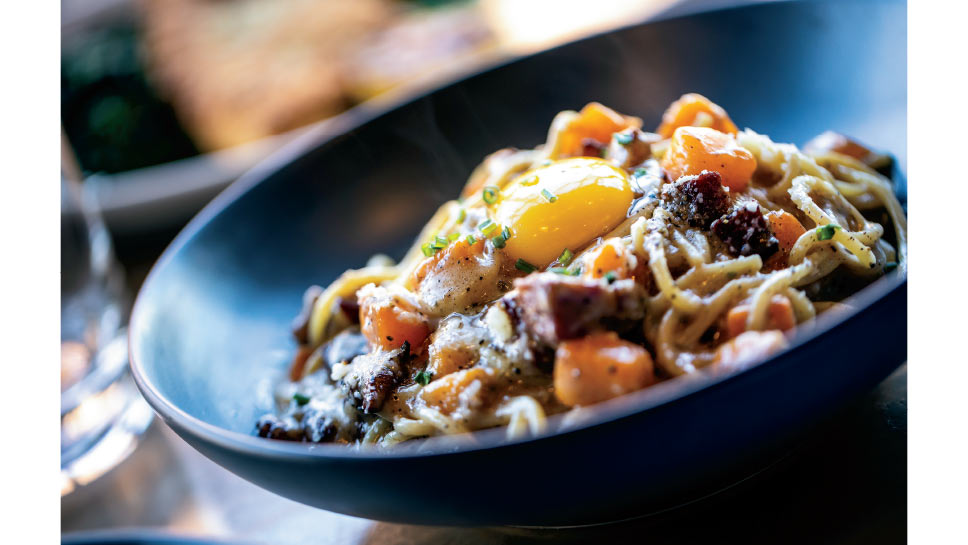 Passero in Arlington Heights moves into a new space while retaining its Italian charms. Spaghetti carbonara. PHOTOGRAPHY BY ROBIN SUBAR

Matt Peota, the owner and executive chef of Passero in Arlington Heights, talks about his late grandmother Loretta the way most Italians talk about their nonnas—with something hovering between awe and religious reverence. The difference of course is that most little bambinos don’t grow up and open a restaurant forged in their grandmother’s image.

Much of the menu at Passero—which is moving to a spacious new location this month—excels at re-creating the Northern Italian dishes that Peota enjoyed as a child. I am, admittedly, a polenta snob, who rarely finishes, let alone scrapes up every last grain from the bottom of a bowl. But I admit to going spelunking for every last spoonful of Peota’s meatballs and polenta appetizer.

The porridge itself is made from pretty standard stuff—Anson Mills grains, whole milk, European butter, and pecorino romano—but it’s simmered long enough to fill the opening act of a Puccini opera. The results are just as smooth and dramatic: a grit-free bowl of grits whipped up into loamy pockets of air that allow the polenta to absorb the accompanying marinara as if by osmosis. The colors are pure Christmas: snow white cream swirled with red ribbons of tomato. It’s Northern and Southern Italy in one beautiful bowl. 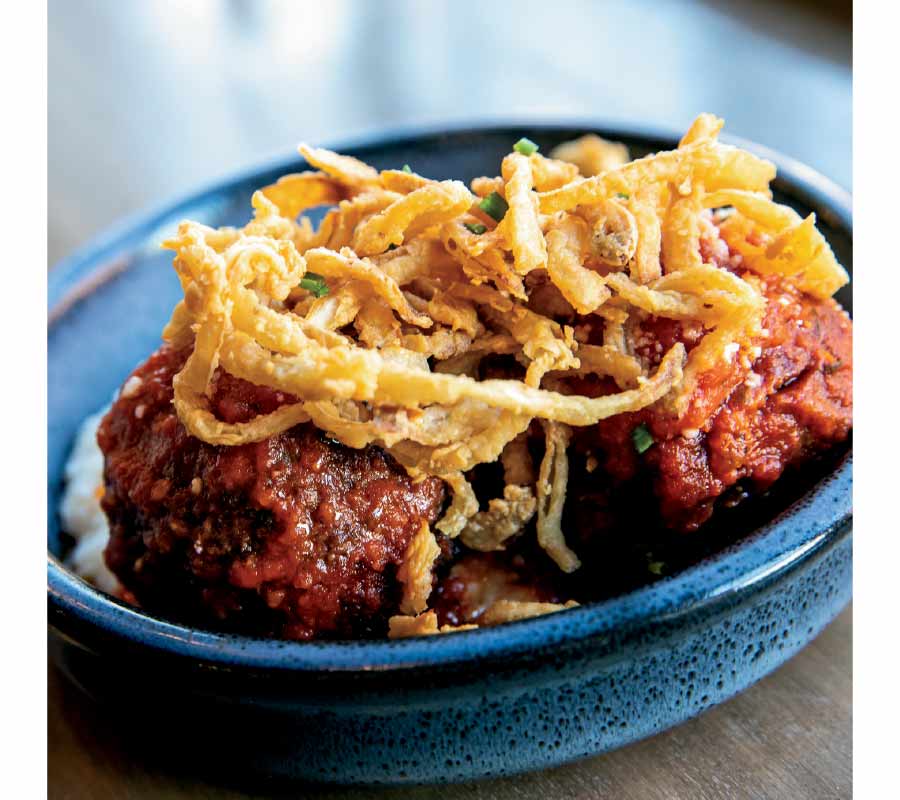 It doesn’t hurt that the accompanying meatballs are also terrific: firm, dense and rich in part because the kitchen’s ground pork and beef mixture is combined with more pecorino and fat trimmings from the kitchen’s in-house slab bacon program.

Peota makes no apologies over the fact that some of his menu are inspired by cuisine outside the borders of Italy. His spaghetti carbonara, for instance, may be crowned by a beautiful orange raw hen’s egg and showered with enough pepper to make a Cajun coo, “Ooh, wee” but all that spice is counterbalanced with cubes of butternut squash in an unorthodox but smart twist.

The same could be said of his impressive braised short rib, which was inspired, believe it or not, by the Mexican moles Peota used to produce while working as a corporate chef for Rick Bayless’ Frontera empire.

Peota’s short rib isn’t your typical Barolo beef bomb, as the tender the rib meat is sautéed in drippings spiked with chile guajillo, bits of dark chocolate, raisins, and sesame seeds. Instead of evoking the marbled masculinity of a Tuscan steakhouse, you get something softer and gentler, as if someone surreptitiously dipped the beef in a bowl of sambucca. 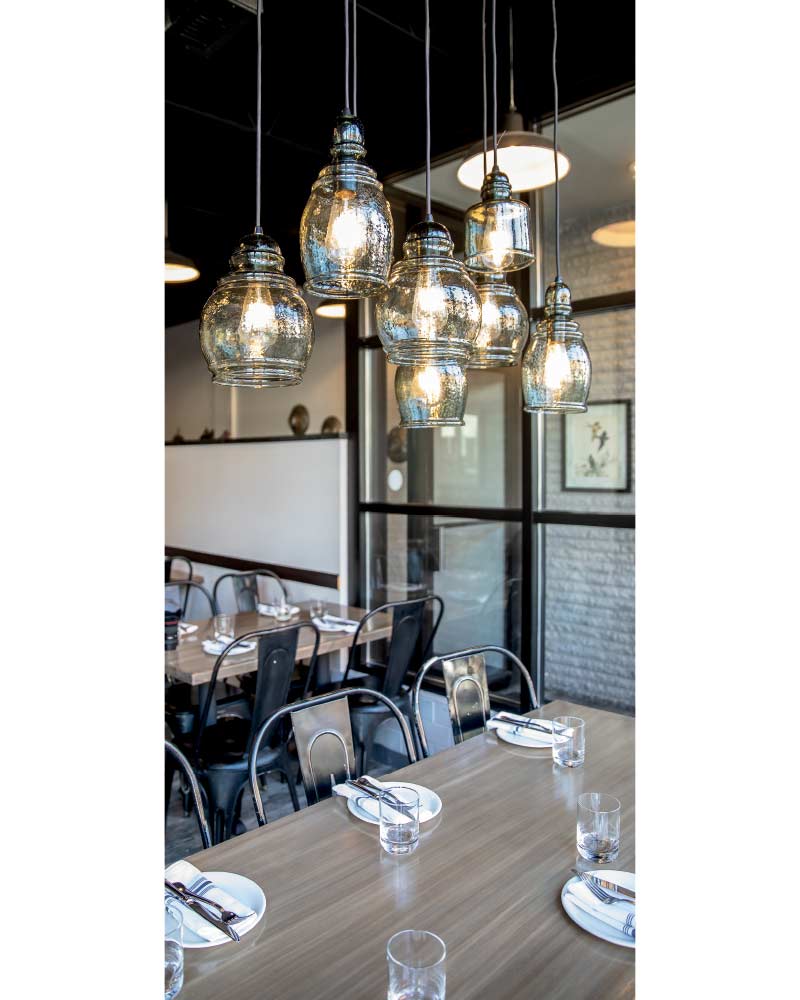 It’s these soft yet strategic diversions from tradition—note the house’s homemade cheddar and Parmesan pimento cheese spread served with bagel chips—that differentiates Peota’s menu from so many Italian options.

His choice of names—“passero” translates to sparrow in Italian—tips off his intentions. The name is an homage to grandma Loretta’s love of birds. Which is why there is an Audubon-worthy collection of bird illustrations, statues and other avian art pieces sprinkled throughout the restaurant. It’s telling that out of all the birds that Peota could have chosen to be the emblem of the restaurant, he opted for the sparrow. “You go to a lot of places and you see big strong birds like eagles or hawk,” says Peota. “We chose the sparrow because it’s a common family bird that’s humble and hard-working.” 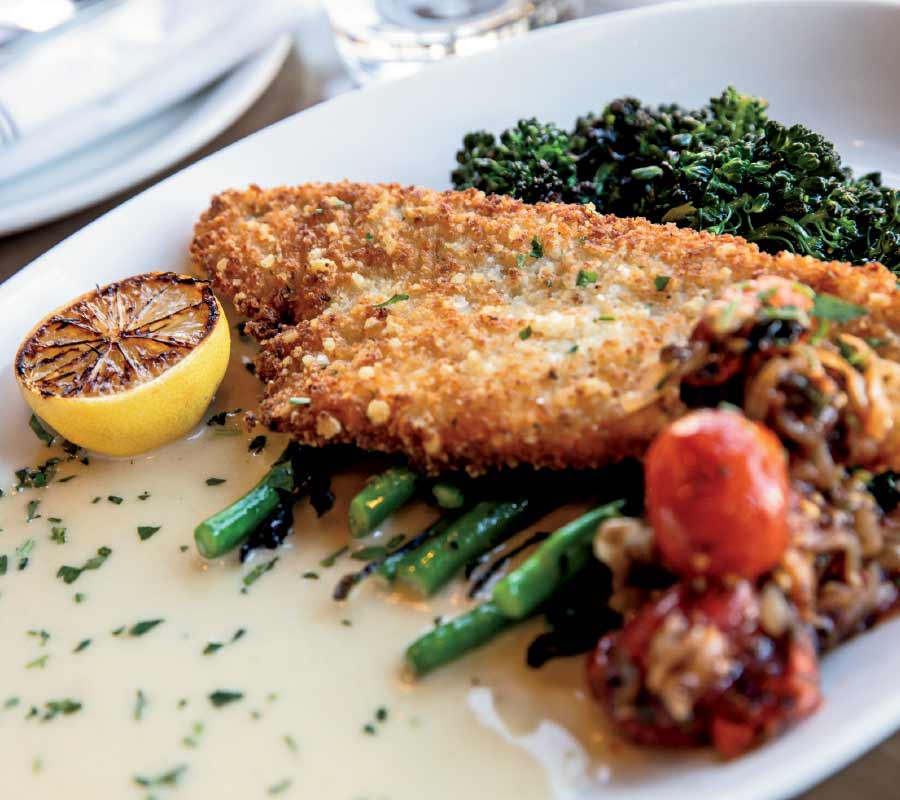 Speaking of hard work, Peota has been slaving away in hopes of perfecting his pizza recipe. Expect 10-inch pies made from dough that undergoes a two-day fermentation process, plus an expanded selection of pastas made with Peota’s new pasta extruder. And yet the real soul of the place remains focused on the dishes that Peota enjoyed as a child. 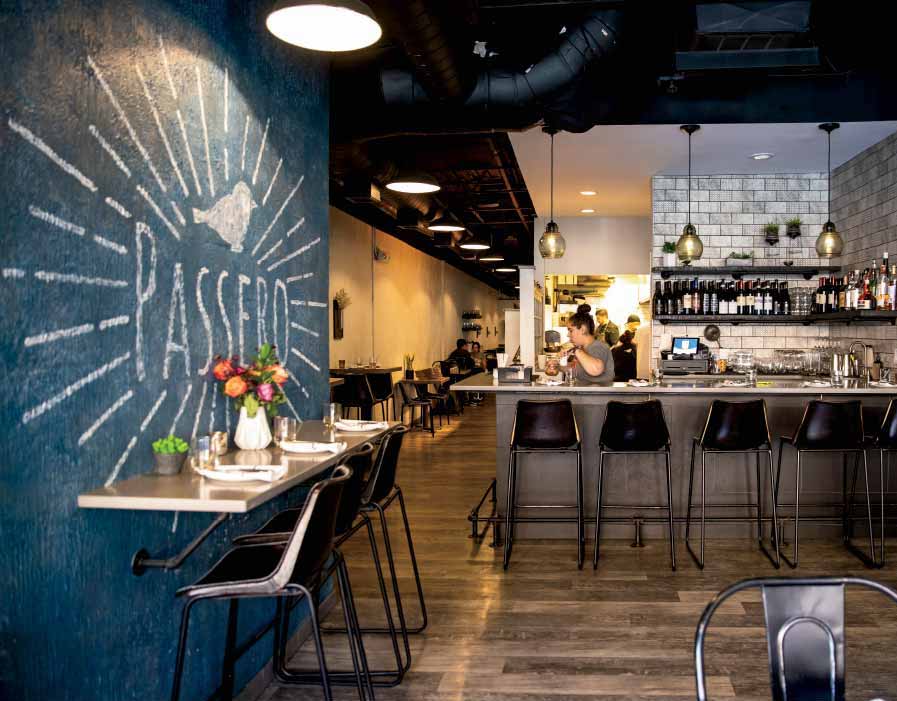 We love the simplicity of his menu descriptions. His “nice piece” of fish dish, for example, was a huge honkin’ slab of walleye that was big as any muskie I’ve ever caught. It’s lightly battered with a simple parmesan crust and served with a technically impressive beurre blanc. It’s on the menu,
Peota says, because it’s the one seafood preparation that always beguiled his mom. We think grandma Loretta would more than approve—both of the fish and Peota’s charming ode to Italy. 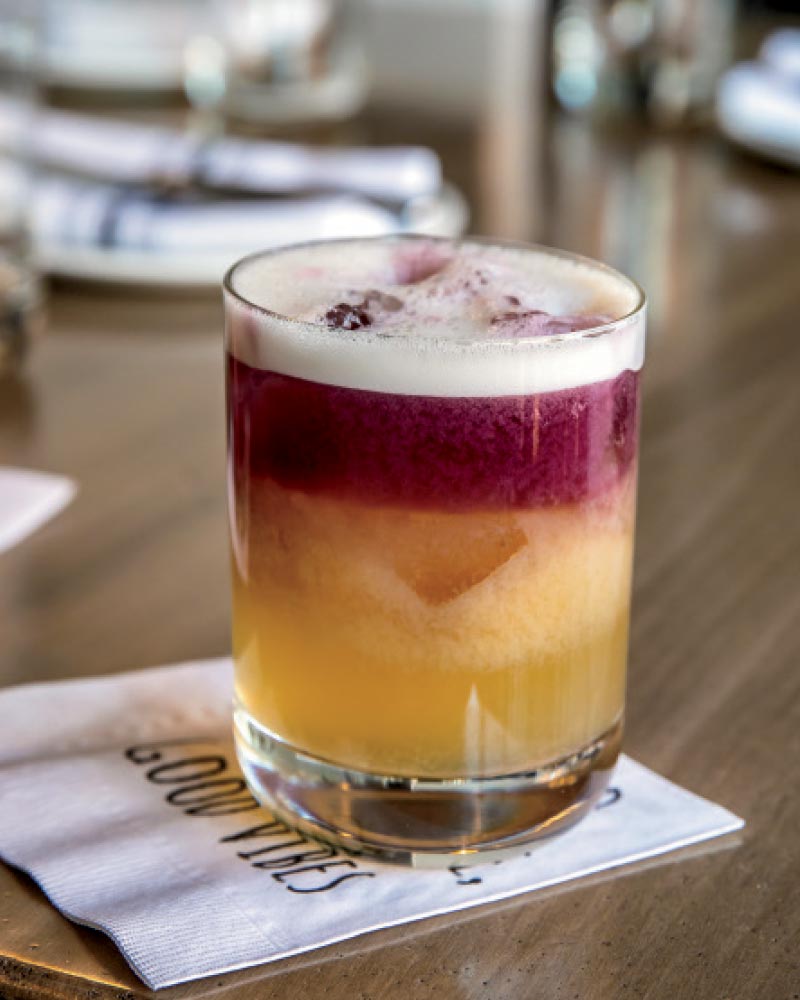 A first-rate bourbon sour whipped up with Buffalo Trace, lemon, cane syrup, and a frothy dollop of egg white. The real twist however is the splash of pinot noir, which sends red streaks gliding through the glass and adds a counterbalance of berry notes. 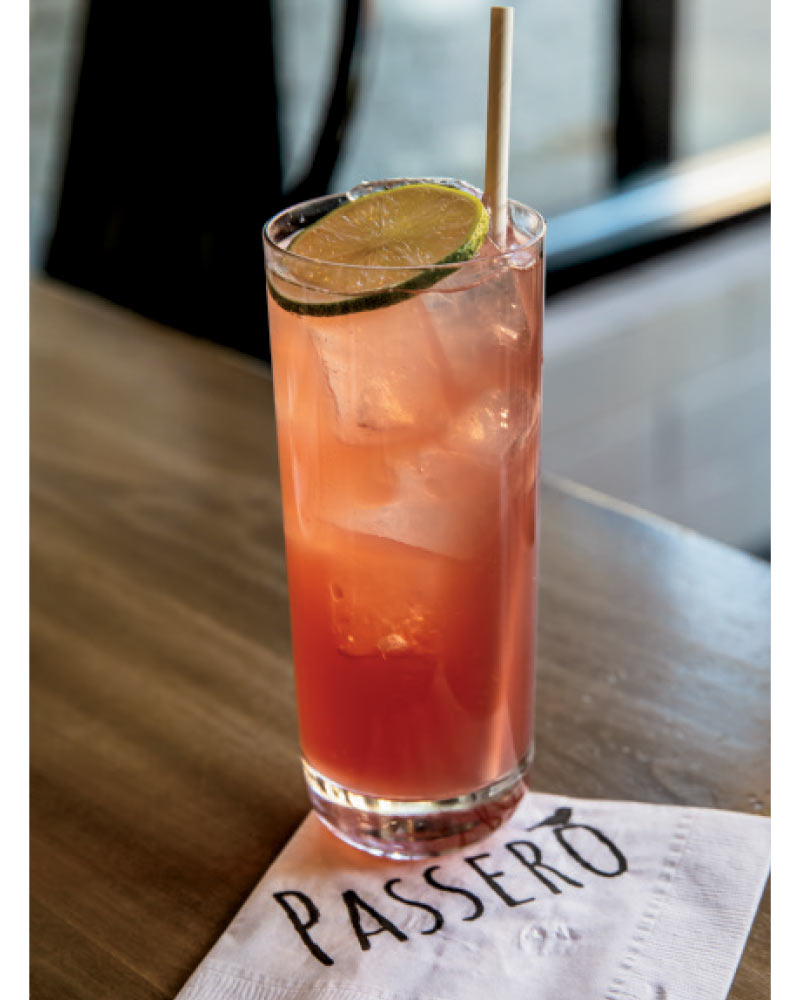 A misnomer if there ever was one: This smoky reinterpretation of a margarita swaps in mescal for tequila and house-made grenadine for agave syrup with the requisite shot of lime plus some bitters for ballast. Looks like a kitty cocktail but drinks like an early evening breeze in Cabo.