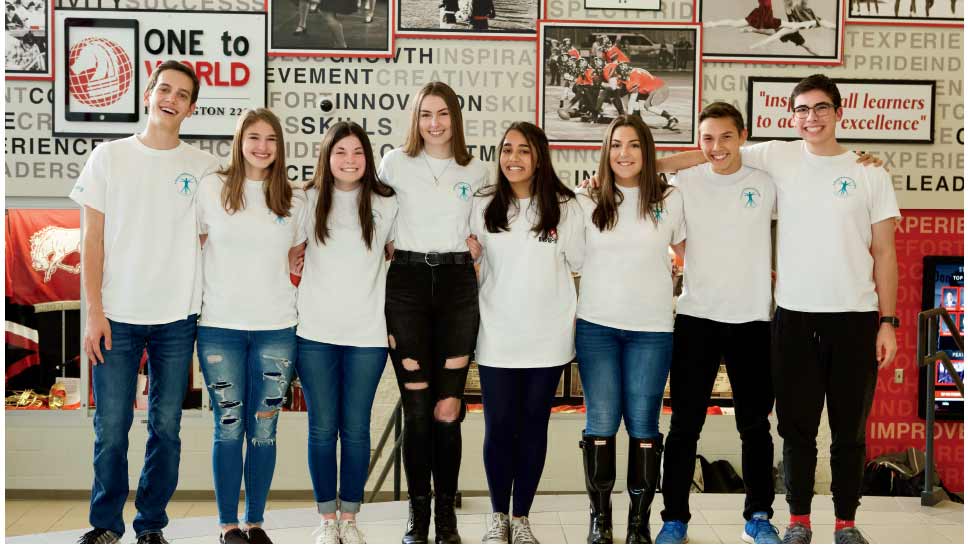 And then there’s the whoa factor.

“What athletes need to know is that one day of intoxication means 14 days of lost training,” BHS Prevention and Wellness Program Coordinator Amy Winkelman says. “Studies back that up. When you see that stat, when you hear that stat, that’s impactful.”

In its eighth year at BHS, Broncos Committed promotes science-based information regarding nutrition, sleep, stress, drugs, and alcohol. Athletes and non-athletes learn how to be and perform at their best. Highly committed, inspiring leaders at the school annually encourage 14- to 18-year-olds to sign a form and pledge to live the Broncos Committed lifestyle.

The form kicks off with a question that could be shouted at a pep rally: “Are you up for the Broncos Committed challenge?”

The challenge’s four prongs—be the best “you” (eat healthy, get at least eight hours of sleep each night); promote a culture of excellence and
camaraderie at BHS; commit to being 100-percent drug, alcohol, and nicotine free; and ask others for help and support your peers in times of need. 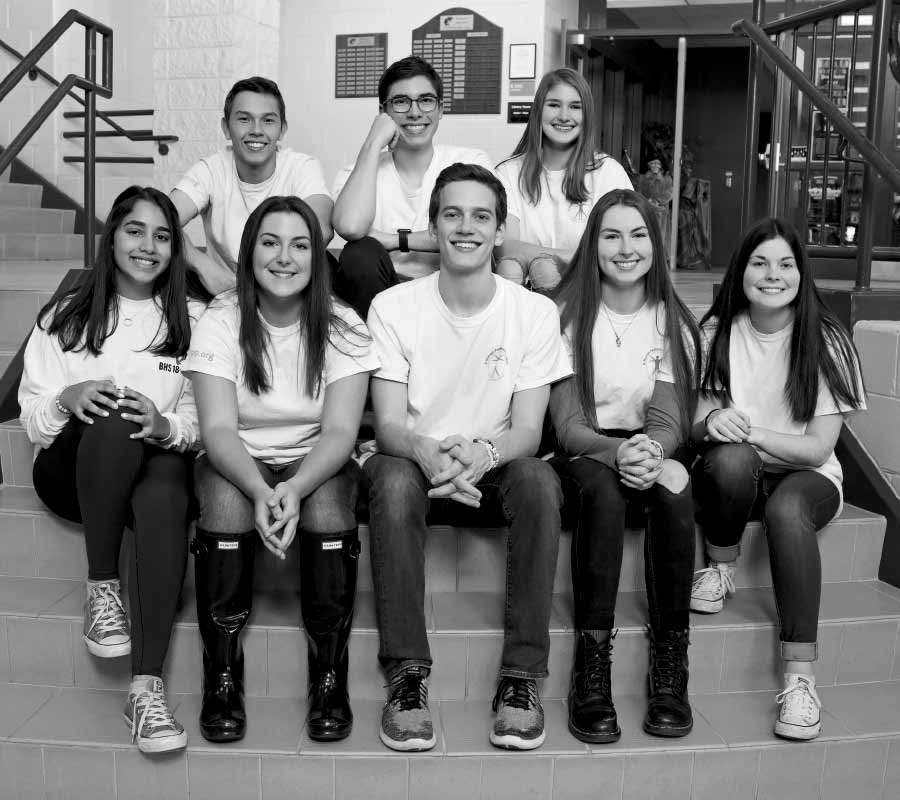 “We sat down with [Winkelman] before homecoming, and she told us she was confident in our ability to make good decisions during the weekend,” says senior Katie Carr, who attended last summer’s Illinois Human Performance Project (HPP) Conference at Illinois Wesleyan University in Bloomington with 11 classmates. “But she said something else, something that’s such an important part of Broncos Committed. She told us, ‘If you see others doing something they shouldn’t be doing, go up to them and assure them that you’d be available to listen if they ever wanted to talk about anything.’ ”

“The motivational speakers at the conference told super-cool, inspirational stories,” says BHS senior Patrick Dowell, one of nearly 50 Bronco Committed leaders who welcomed BHS freshmen at a September gathering dubbed “Avalanche,” which offered food and games and healthy, tone-setting messages for the wide-eyed rookies in the building.

“The Avalanche event,” adds senior Kendall Rasmussen, “was an opportunity for the freshmen, days after their first week of classes, to enter a safe place and start forming good habits.”

During Red Ribbon Week—an alcohol, tobacco, and other drug and violence prevention campaign observed every October in the U. S.—Broncos Committed pledgers visited Prairie and Station middle schools in Barrington and delivered a slew of vital messages to youngsters.

One spoke of her commitment to a demanding sport and the fear of “putting bad stuff in my body.” Another noted she has a younger sibling and wanted to serve as a sturdy example for the highly impressionable family member. A third, smiling brightly, said, “Living a healthy lifestyle is living a happy lifestyle.”

The eradication of stress is an impossible task. But the spirit driving Broncos Committed addresses the rampant strain that hampers potential and also provides invaluable tips geared to at least lessen the tension. Absence of stress calms the brain, increases alertness. Tip No. 1, from Broncos Committed? “Sleep!” Eight to 10 hours per night. Science says sleep increases blood flow to the brain and keeps the body systems healthy and ready.

Other tips for stress reduction include exercise and be kind yourself. Underneath the “Be Kind to Yourself!” on the Broncos Committed “Stress Tips” card are two hard-hitting bullet points—“Realize you don’t have to be perfect” and “Academic performance is valuable, but remind yourself that your worth as a person is not based on grades or any other kind of performance.”

Rasmussen lives by a motto daily. It’s simple. It’s wonderful. It’s Broncos Committed: “Try to be the best version of yourself.”

For more information about the initiative and upcoming events, visit broncoscommitted.org.