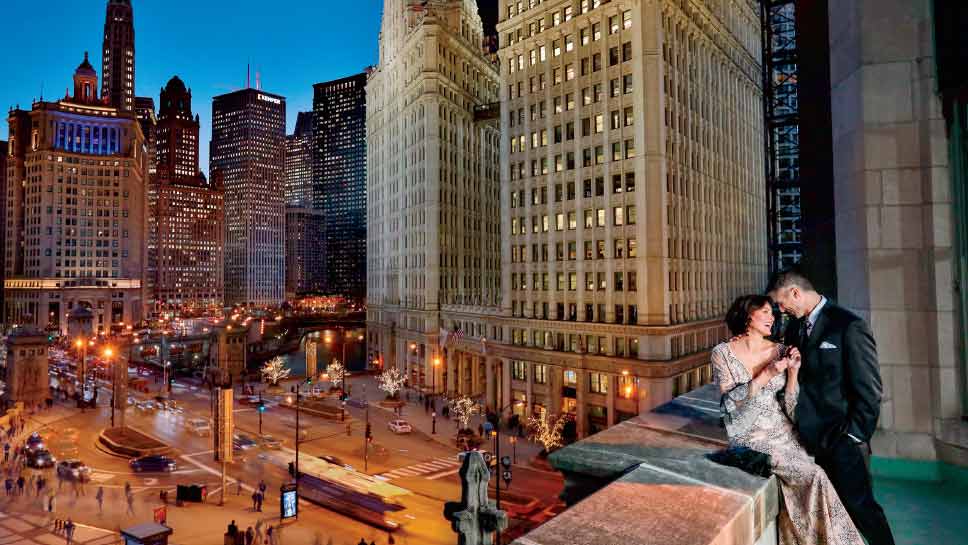 A nearly century-old building with the most storied history in Chicago is getting a new life as one of the most luxurious, opulent condominium enclaves in the nation. Residences in this 34-floor, Gothic revival landmark (and former home of the Chicago Tribune) are now available for sale.

News of the competition quickly spread around the globe. Tribune corporation magnates sought not only the most beautiful building in Chicago, but one that would rival some of the most famous structures in the world. $100,000 in prize money was offered, eliciting more than 260 entries from 23 countries. 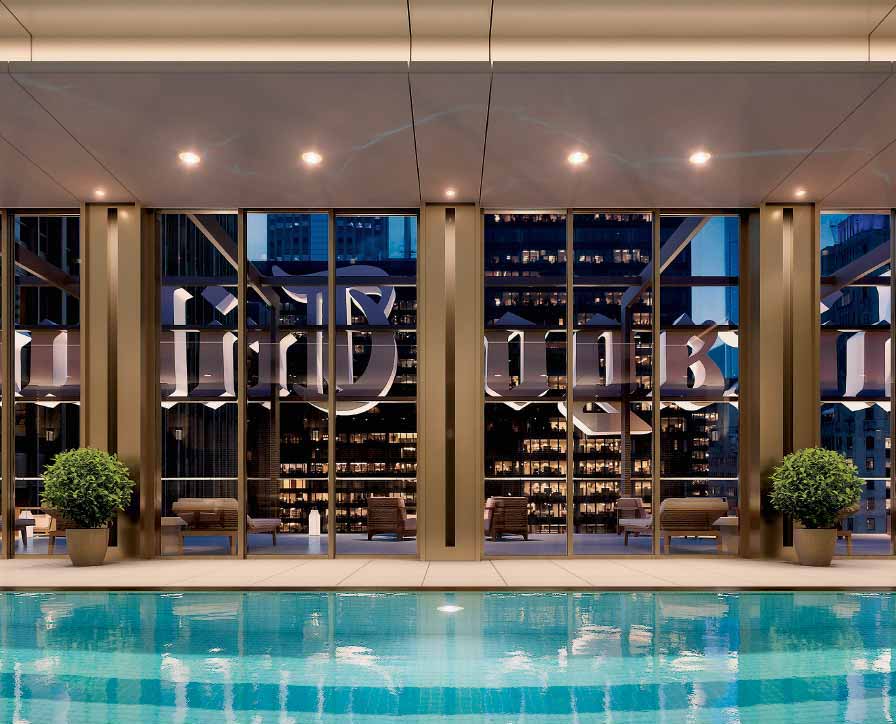 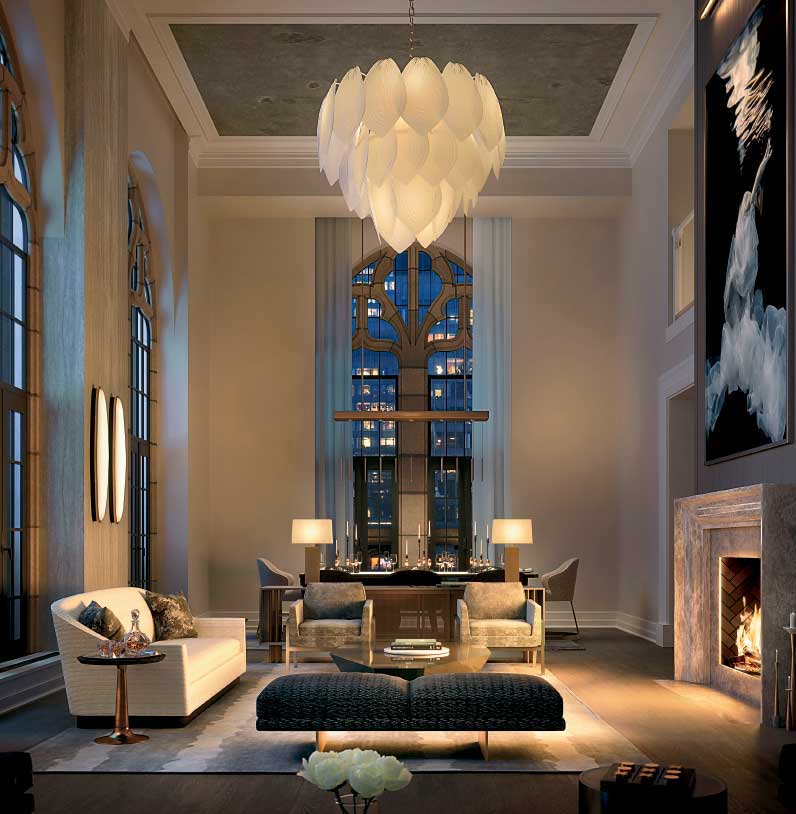 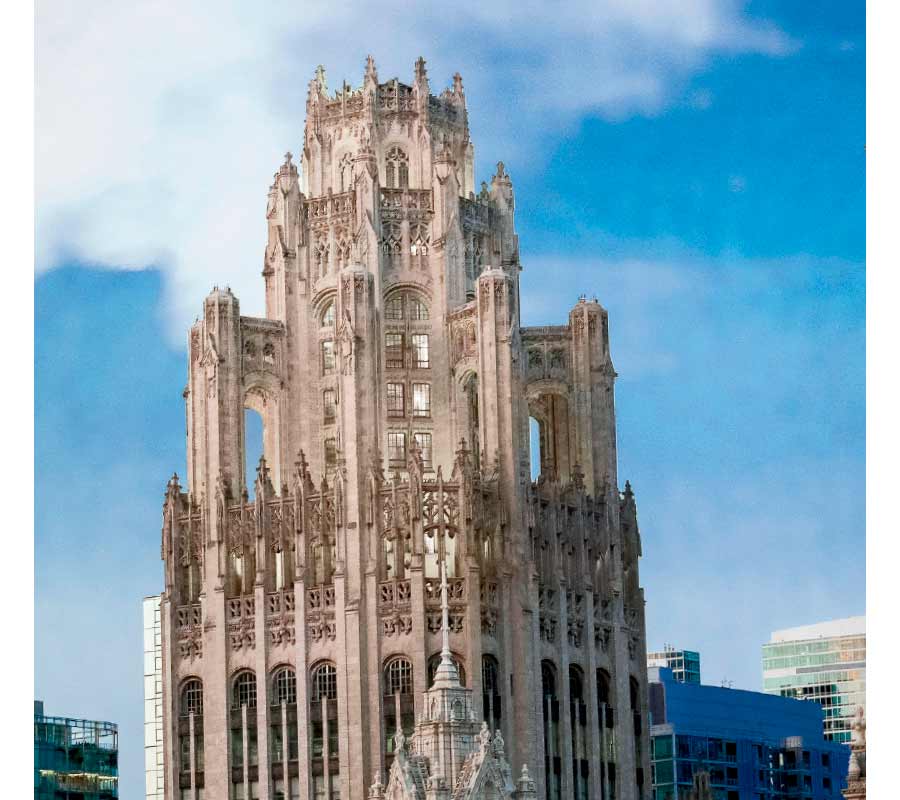 The reinvigorated Tribune Tower will include 162 residences with 56 meticulously designed one to four-plus bedroom floor plans. A sales gallery on the 28th floor brings the unique floor plans to life, sparing no opulent detail.

Residents of Tribune Tower will have access to four levels of unrivaled amenities, including a luxury suite of spa amenities, state-of-the-art fitness center, indoor pool, driving range simulator, co-working lounge, meeting rooms, entertainment areas, and event spaces complete with a bar and prep kitchen. A private courtyard will offer access to the residential outdoor oasis—a rare luxury in the city. A terrace with outdoor grilling stations, as well as a sun deck provide additional spaces for residents to entertain and soak up Chicago’s warm summer months. 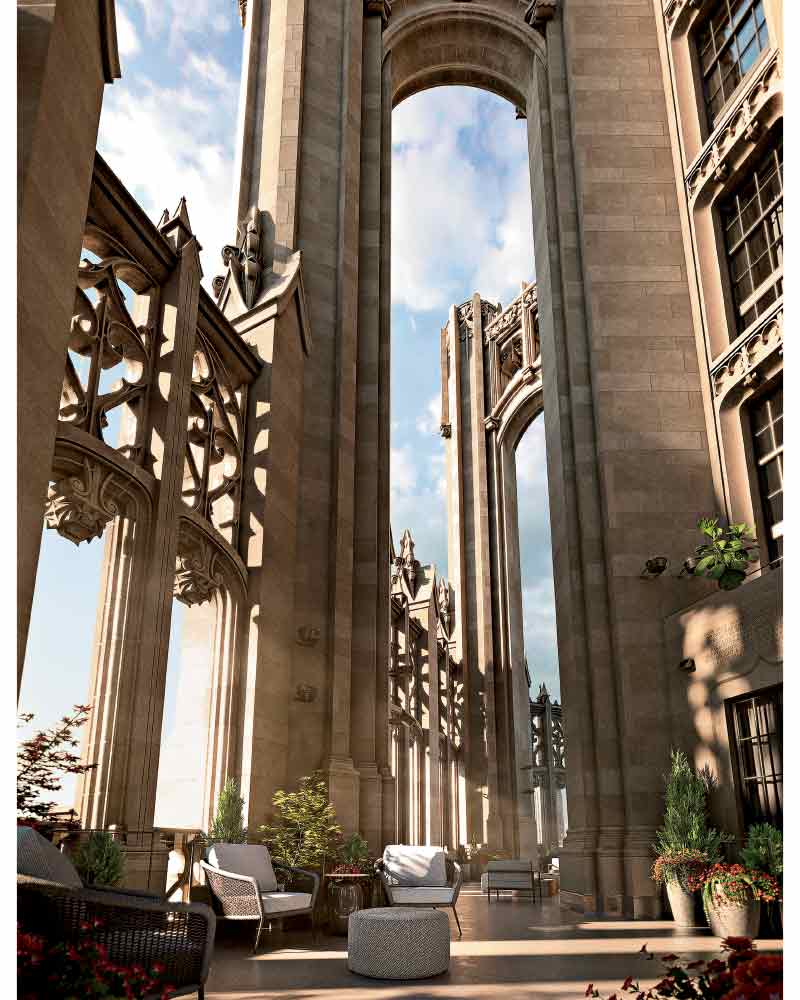 To top it all off (literally and figuratively), a 25th floor Crown Lodge suite and terrace will offer intimate seating and dining areas framed by the stunning flying buttresses and provides 360° views of the city. Wow.

Located at the intersection of the Magnificent Mile and Chicago River, Tribune Tower is at the heart of Chicago within walking distance to the city’s arts, culture, retail and dining destinations, making it the ideal residence for the cultural connoisseur, avid shopper, gourmet, or downtown professional.

One glimpse at the renderings shown here is enough to confirm that the sources are spot-on. This could very well be the opportunity of the century.

Colonel McCormick would be proud.