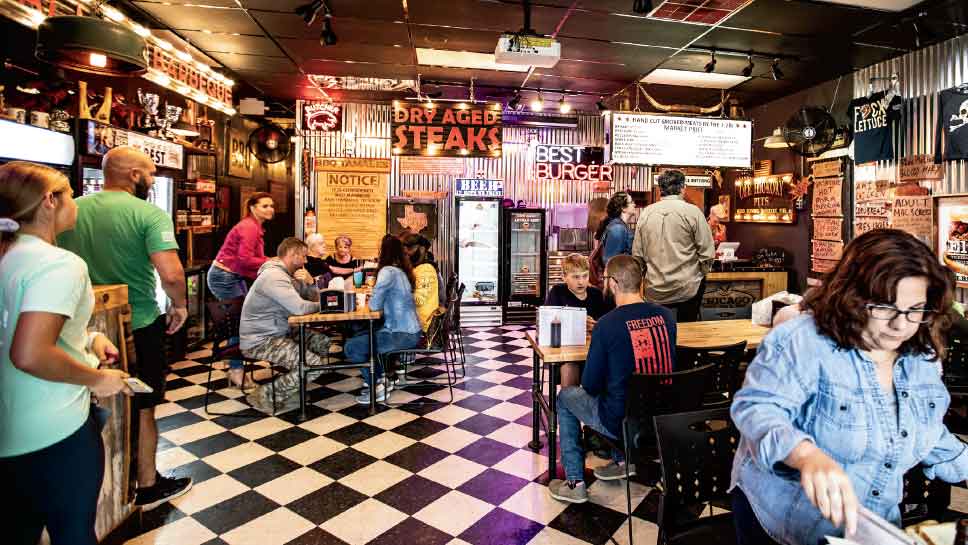 Things are rocking and smoking at Chicago Culinary Kitchen, a Texas-style barbecue spot in Palatine. PHOTOGRAPHY BY ROBIN SUBAR

Every Saturday and Sunday morning, usually before 10:30 a.m., a parade of cars—both Bmers and Range Rovers; old Chevys and mud-caked pick-ups—will begin streaming into a nondescript strip mall on the corner of Quentin Road and Northwest Highway in Palatine.

If you’re new to these parts, it will be a surreal sight. You’ll see some empty storefronts. A bar with decent pizza. An independent pharmacy. And then—panning right—there will be cascading line of hungry, smiling, energized people winding its way down the front door of Chicago Culinary Kitchen, the mall’s corner restaurant

To call this group “eclectic” would be an understatement of epic proportions. It’s not so much a cross-section of Palatine, as a gerrymandered jumble of modern-day America. Tatted-up jocks. Fashionable ladies in high-priced athleisure wear. Bearded bros wearing black t-shirts that read “You don’t make friends with salad.” And plenty of silver-haired seniors, some with their grandchildren in tow. 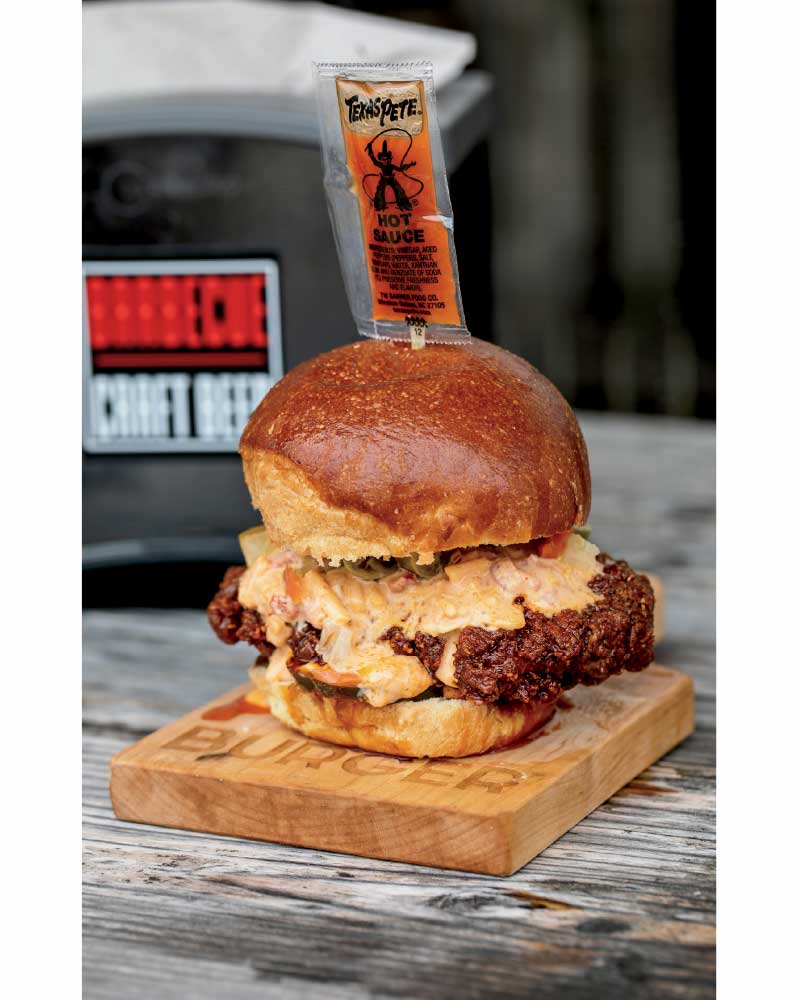 What do they have in common? Seemingly very little, outside the fact they’ve fallen head-over-brisket in love with what Greg Gaardbo and his wife, Kristina, can do with a smoker. Regulars arrive early because they know the rules. Every weekend, the Gaardbos buy a set amount of meat and a forest full of cherry and apple wood. They throw it in their Ole Hickory Pit smoker, fire it up and when the protein is sold out, it’s gone. First come, first gorge. No exceptions. Eat or go home.

So at 11 a.m., when the front doors finally click open, the crowd outside muscles inside becoming something of a mosh pit, which is only fitting considering heavy metal soundtrack blaring inside. 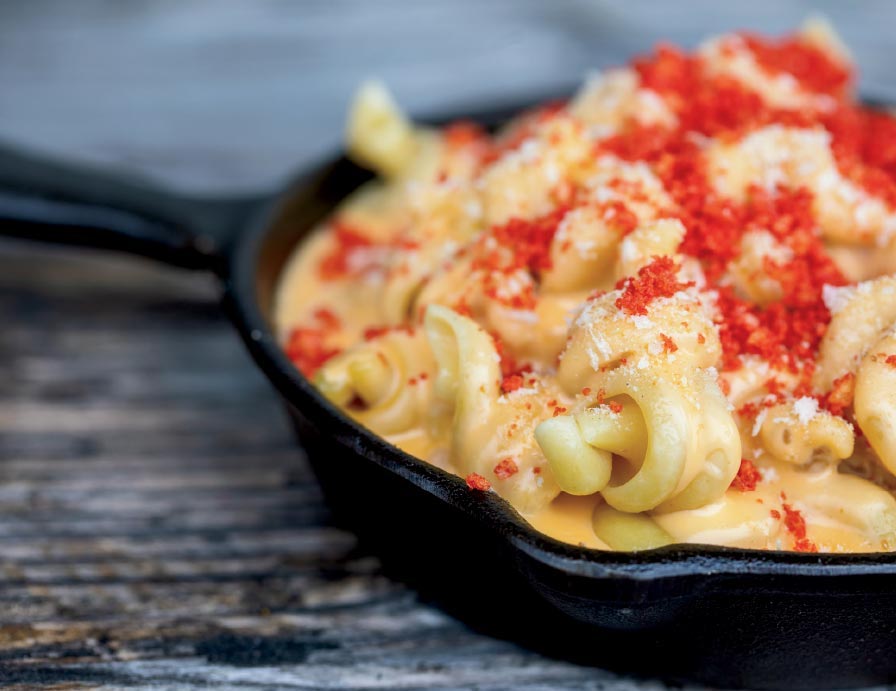 In true Texas style, the Gaardbos don’t believe in pre-sauced ’cue, as manifested by a poster-sized manifest that says just that. Sure, there are ketchup squeezers with a sweet barbecue sauce that they order from a supplier but their meat is made to be enjoyed the way God and Texas intended it: rubbed down and smoked up.

The brisket is encircled by pink smoke rings and delivers a roundhouse of garlic, but the espresso provides an earthy acidity that counterbalances the fat. It works the same way a good cup of joe acts as the perfect chaser to a few slices of bacon.

The only thing better on Greg’s list—which also includes constantly revolving specials that run the gamut from crazy eggrolls to Korean-inspired barbecue—may be his incredibly juicy pulled pork. It’s arrives drenched in its own juices, like a recently baptized mound of Italian beef. No bread’s needed, as you can spear it with some pickled red onions and the house’s spicy pickle chips from McClure’s in Detroit. 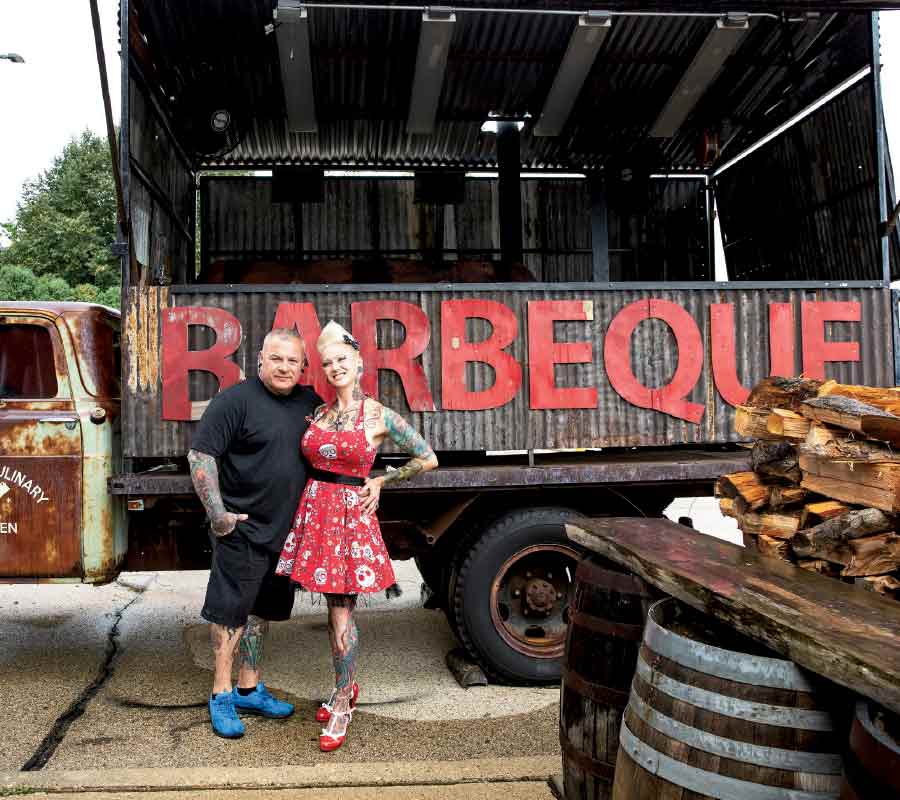 There are plenty of other delicious options to salivate over as well. Chicken lovers will find Gaardbo’s smoked birds are immaculately juicy but still offer skin with plenty of crackle. Of Gaardbo’s two ribs, we enjoyed the house sticky ribs the best, which are glazed in a hot honey sauce and topped with a dukkah made with a blend of ground pistachios, white and black sesame seeds, fennel, and pumpkin seeds.

And yet, what makes CCK so alluring isn’t just the quality of the food, it’s the camaraderie that bubbles to the surface every weekend. Greg’s parents—Neal and Joan O’Donnell—come every Sunday and plant themselves at a corner table next to couple, Shannon and Dave Fischer, that they befriended one weekend at the restaurant. Schmoozing is part of CCK’s appeal, they say, which has begun to take on the air of a South Side Italian wedding or a meaty version of Cheers in Boston.

Everyone seems to know everyone else’s name. People eat and gab. And then they eat some more, often sharing potential leftovers over a few bottles of CCK’s impressive beer collection. And since CCK is only open two days a week, it’s become a kind of de facto gathering center for the community.

A little over six years ago, Greg (a former marine) and Kristina (a former nurse) started inviting friends to their backyard cookouts and found their friends couldn’t get enough of their beer and barbecue. Greg did the cooking and Kristina, who is now a cicerone (i.e., beer sommelier), chose the brews. 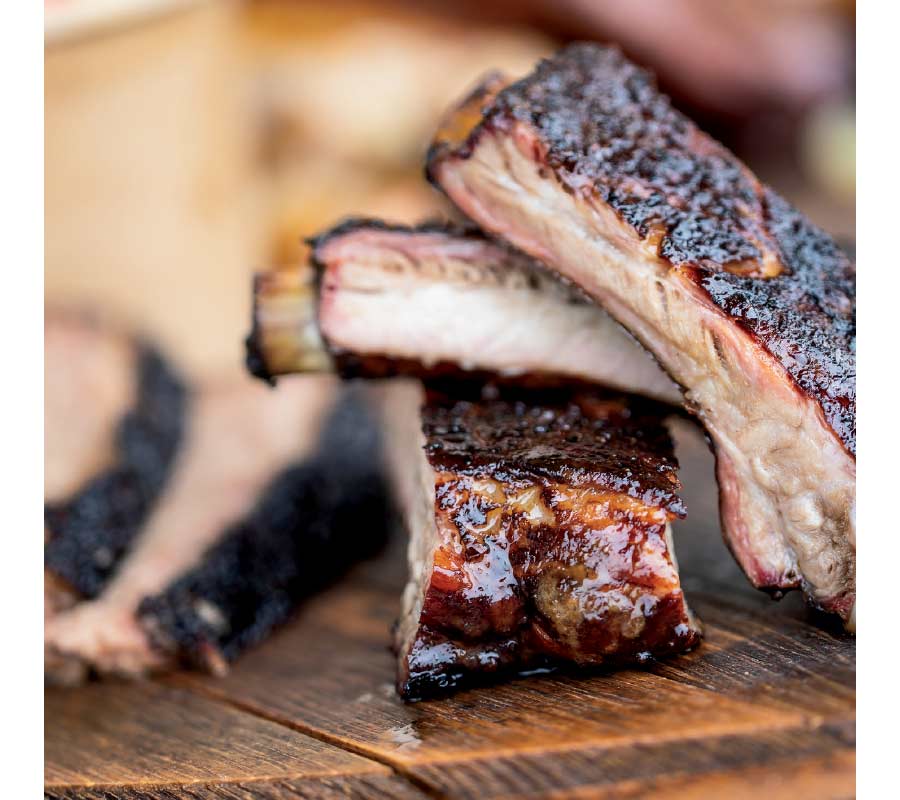 “Our friends would bring over beer and food to share,” says Greg, “but they wound up drinking all of our craft beer and eating all of our barbecue and leaving us with the crappy stuff they brought.”

So Greg and Kristina decided to launch a Brazilian-themed catering operation out of their current Palatine location in 2014, which they still run under their Rockin Rodizio banner. Only they were just using the kitchen, leaving the front room practically vacant. Soon, they started running beer and barbecue tutorials and found the demand was overwhelming, which lead to their Saturday and Sunday barbecue fests.

Meanwhile, they traveled the world for research, from War Pigs in Denmark to La Barbecue in Austin, Texas. Wherever they go, Greg studies barbecue and Kristina scrutinizes the beer. It’s gotten to the point where they feel like it’s time to open one or perhaps two additional restaurant concepts, both of which are in the works.

But in the meantime, the lines continue to snake through their mall in Palatine, providing ample evidence that the right food—in the right hands—can be an extraordinary unifier. Just ask all the silver-haired grandma and the tatted up dudes at CCK, who seem to have found they have more in common than they would’ve ever dreamed of. 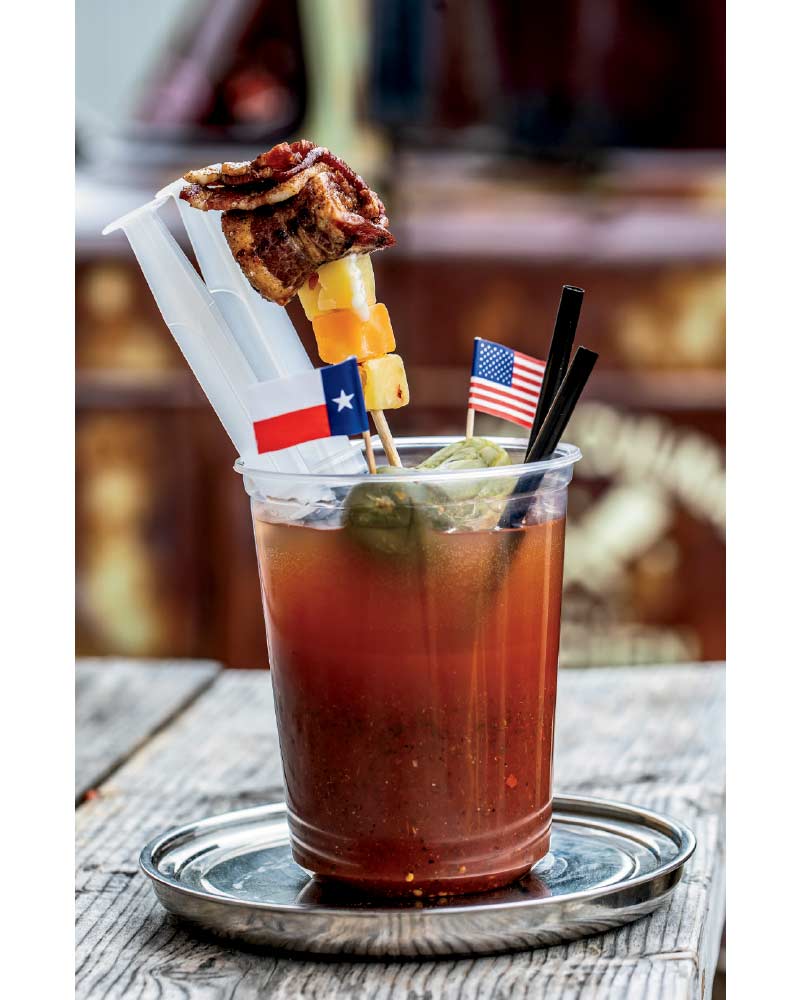 From afar, this red-blooded monster of a cocktail—which sprouts strips of candied bacon, blocks of cheddar cheese, and a giant pickle—looks like something that was cooked up in the back bar in Dr. Frankenstein’s laboratory. It hits the scales at 32 ounces and is made from a Bloody Mary Mix produced by McClure’s, the same outfit that produces CCK’s pickles. The real twist, however, is what sitting in the two syringes of alcohol that accompany this tomato treat. One is filled with good old vodka and the other a shot of Danish aquavit, a tribute to owner Greg Gaardbo’s father and his Danish roots. It gives this eye-popping meal in a glass a jolt of spicy caraway, which delivers an extra kick and quicker buzz.