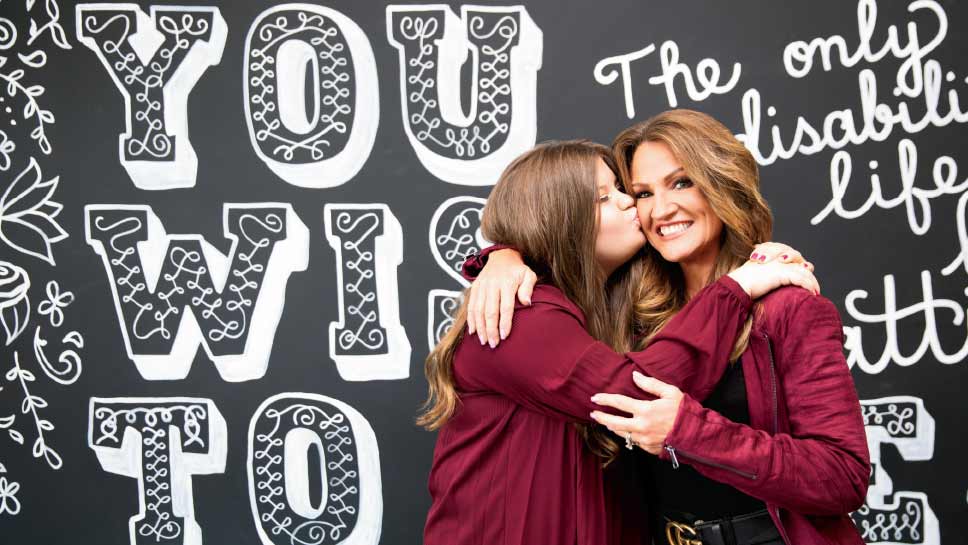 On a typical afternoon at GiGi’s Playhouse, Samir and Lulu are serving gelato and coffee in the Mugs + Hugs café. Some participants hop on the stage in the main room to practice their singing or dancing. Others are tucked away in the Learning Lab rooms receiving one-on-one tutoring in speech, math, or writing. GiGi Gianni is busy in her office writing acknowledgment and birthday cards. And the administrative staff are mentoring and serving the needs of GiGi’s 46 other locations across the U.S. and Mexico.

But this isn’t your average school or community center.

GiGi’s Playhouse Down Syndrome Achievement Centers cater solely to those born and living with Down syndrome, and their families. What started out 16 years ago as one mom’s mission to change perceptions and maximize her daughter’s success in life has evolved into an international model for providing free therapeutic services, education, and career development—as well as fostering global acceptance—for all.

And GiGi’s is just getting started. With October earmarked as Down syndrome awareness month, we wanted to share the life changing work being done by GiGi’s—one beautiful person at a time. 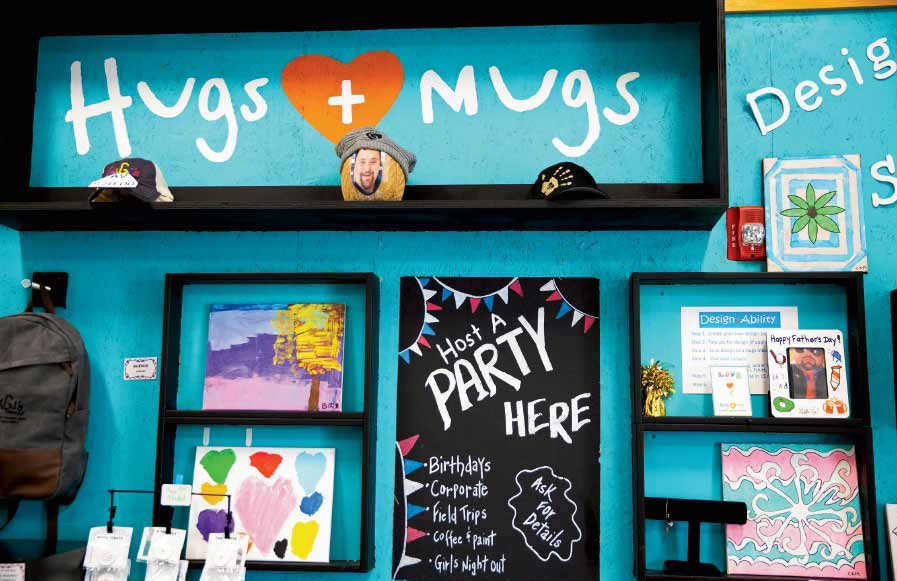 “Everything we do here at GiGi’s is purposeful and progressive to get our participants ready for the next phase of life,” says GiGi’s mom, founder and Chief Belief Officer of GiGi’s Playhouse, Nancy Gianni.

Gianni gave birth to her fourth child, GiGi, in 2002 (with three older siblings Franco, Romi, and Bella). Shortly after her birth, GiGi was diagnosed with Down syndrome, a genetic disorder caused by the presence of all or part of an extra 21st chromosome. Those living with Down syndrome have low muscle tone throughout their bodies—which affects how they look, talk, and move—along with cognitive deficiencies.

At first, Gianni felt that life as she and husband Paul knew it, was over. She found herself struggling to navigate her new world and to find resources she needed—for herself, her family, and most of all for GiGi—so that she could thrive in life.

But, as she writes in her 2018 book, #GenerationG, titled to promote global acceptance for all, “GiGi had another plan! I didn’t know that the birth of my daughter would be a miracle, but let me tell you, it has triggered a series of miracles that are changing the world every single day. I just had to know where to look and pull the positive from the situation.”

So, Gianni channeled her unstoppable energy, faith, enthusiasm, and tenacity into figuring out how that miracle would manifest itself. She quickly realized that there was no place to go—for answers, information, hope, or support—for children with Down syndrome and their families. 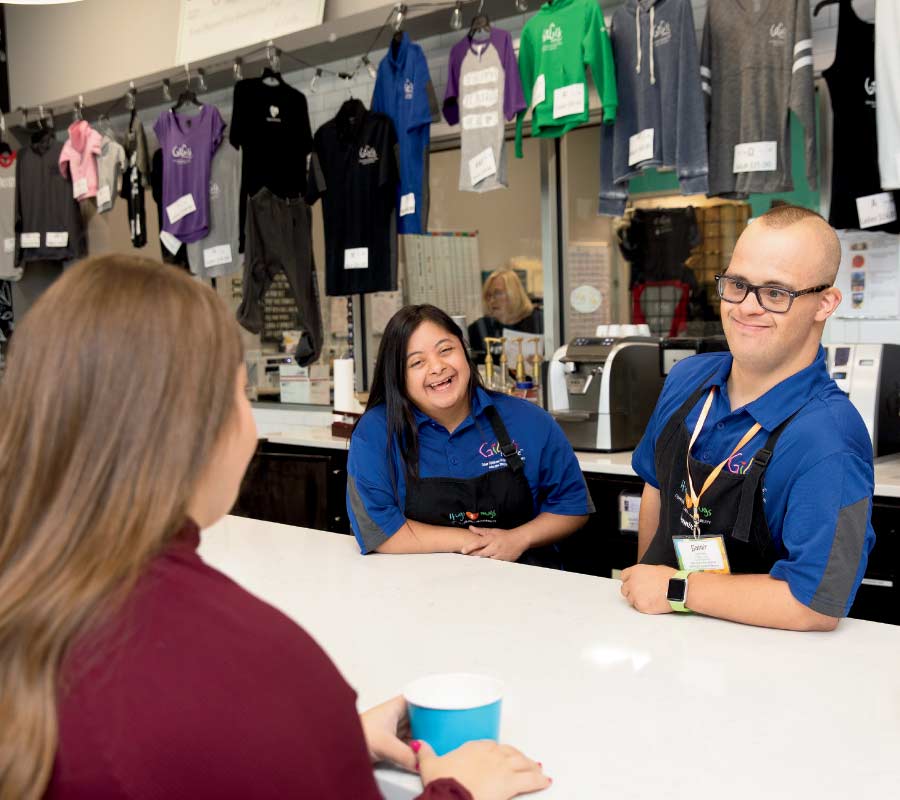 “Ever since GiGi was born, I’d been thinking about a place where the kids with Down syndrome and their families could go to celebrate their diagnosis, a place where the kids would be the leaders,” stresses Gianni. “I wanted a place that was all about self-esteem and acceptance. I wanted it because I wanted GiGi to be a leader.” She also believed from the beginning that “accepting and working with the diagnosis early was a huge part of ensuring that your child would be successful.”

GiGi was still a baby, but Gianni quickly realized, “the place I envisioned didn’t exist, so I would have to create it.” Little did she predict what GiGi’s Playhouse would become—as another Down syndrome awareness month rolls around—16 years later. “I wanted to start GiGi’s Playhouse so that we would be the first thing that came up when people searched for “Down syndrome awareness.”

She got her wish, and more, but not without working her “tail off” in a way that defines this dynamic, unstoppable female powerhouse—who still introduces herself first and foremost as “GiGi’s mom.”

Gianni attributes a lot of “miracles” and special, generous people to making GiGi’s first Playhouse (which is still located at its original location on Higgins Road in Hoffman Estates) a reality. She and her initial board had to overcome many roadblocks—insurance, zoning, permits, money, and people’s perceptions—in order to open the doors. And Gianni was adamant that, “The Playhouse was going to be a real venue, out in the open, out in the light,” she says. A basement or out-of-the-way warehouse was definitely not an option.

But Gianni just kept talking to people, standing up for inclusion, and not taking “no” for an answer. “”I believe that throughout all of this, miracles—both large and small—kept happening to propel us forward.”

GiGi’s Playhouse opened in late October 2003. The paint was still drying and there was still a lot to figure to figure out, but Gianni’s dream became a reality that day. Today, the Hoffman Estates playhouse serves approximately 1,200 people and families living with Down syndrome. In addition to therapy, purposeful play time, and one-on-one tutoring GiGi’s has grown to include GiGi University, offering instruction, fitness, and nutrition for Down syndrome adults 22 and above; GiGi Professional, which teaches and certifies in job skills; and the just-released GiGi Fit, in partnership with Microsoft, that addresses low muscle tone, joint laxity, and balance.

But there’s a lot more to this story. It turns out, GiGi’s first playhouse was just the beginning of something much, much bigger. Fast forward to 2019, and GiGi’s Playhouse, now a $14 million dollar a year international 501©3 nonprofit with 56 locations and growing. It’s 99 percent volunteer run, community driven, and 100 percent free to participants. It’s also 98 percent women-run.

Gianni and her team would have to evolve, grow, and develop into a leadership team that could help others open their own GiGi’s Playhouses. Gianni credits many people for helping them rise to the occasions, especially all the “Miracle Makers” who have supported GiGi’s—with financial assistance, resources, strategic mentoring, and business management skills, just to name a few.

“Without even knowing it, we had inspired people who wanted to open Down syndrome achievement centers all over the world,” she recalls. To accomplish this, the board developed a sustainable model, creating a licensing agreement in 2008, that paved the way for others to open their own GiGi’s Playhouses in other locations.

Since then, GiGi’s has evolved further to protect its brand and develop a sophisticated platform with detailed documentation of processes and procedures—with multiple phases built in and a solid business model that includes operation and licensing agreements—for opening a new Playhouse location. GiGi’s flagship location serves as the model, with local staff here overseeing, training, mentoring, and providing support in the form of one-on-one consolation, webinars, and other shareable technology.

At the end of the day, though, it’s all about the people GiGi’s serves every day. And GiGi Gianni is living proof that early support of those with Down syndrome really does lead to a successful, purposeful life. She recently sang the National Anthem at Wrigley Field to kick off a Cubs game.

We asked GiGi Gianni herself how she feels about all of this. “I like it; I’m happy about it,” she says. She also says she loves holding the babies at GiGi’s Playhouse, and coloring, dancing, and singing—on GiGi’s stage, of course.

“GiGi’s birth sparked a remarkable journey of miracles, hope, and unconditional love that is now helping hundreds of thousands of people every day,” says Gianni. “Finally, they feel like they fit somewhere and the world is starting to open their eyes to their potential.”

To find out more about GiGi’s Playhouse Down Syndrome Achievement Centers, and to make a donation, visit GiGisplayhouse.org.

Gigi’s Playhouse By The Numbers

There are 46 GiGi’s Playhouse locations across the U.S. and Mexico

More than 200 new communities are asking for a Playhouse today

More than $4 million per year is invested into therapeutic, educational, and career training programs