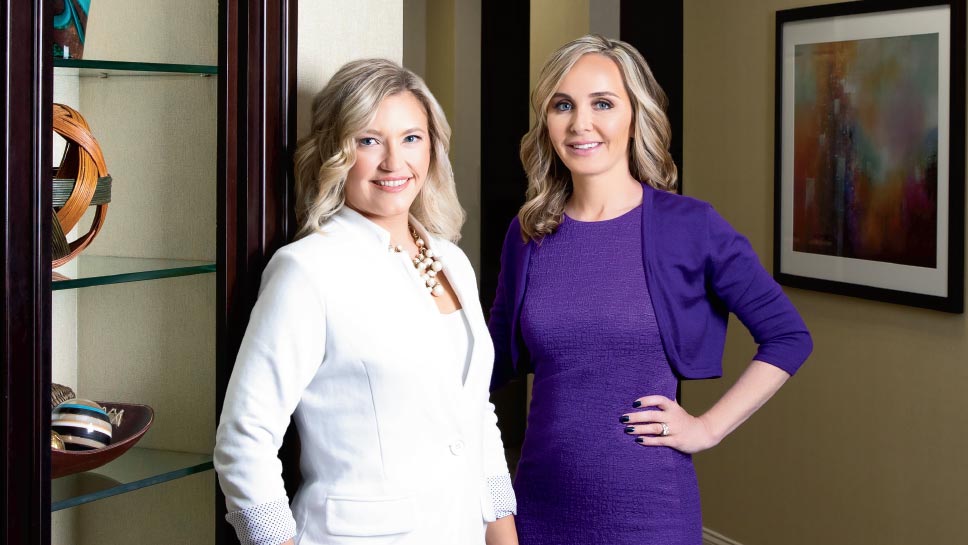 On the heels of hosting its 5th annual gala in Chicago, the Melanoma Research Foundation celebrates the scientific advancements being made in this particular field of cancer research and recognizes Barrington dermatologist Dr. Amy Derick for her work in preventing this disease. Kyleigh LiPira and Dr. Amy Derick. PHOTOGRAPHY BY ROBIN SUBAR

In Dr. Amy Derick’s career as a board-certified dermatologist, there are very few things that have stumped her. But after speaking at a recent patient symposium held at the University of Chicago, she found herself proverbially scratching her head.

“It was the strangest thing,” she remembers. “I delivered all of these incredible statistics about the advancements we’re making in the prevention of melanoma. Typically, a crowd like this would be acknowledging this information with a positive response. But there was no reaction from the audience at all—just blank stares. It was so puzzling.”

It was soon brought to Dr. Derick’s attention that her audience was filled with people who hadn’t benefited from early melanoma detection. Instead, they were survivors who had endured intense melanoma treatments.

“This was a whole new class of patients,” Dr. Derick says. “While they hadn’t avoided having their melanoma from metastasizing from catching it early, they had survived metastatic melanoma. Five years ago, this would have been an empty lecture hall. I quickly realized how far we have come in such a short time. It emphasized to me how important the work we’re doing truly is.”

“This number is staggering,” echoes Kyleigh LiPira, CEO for the Melanoma Research Foundation (MRF). “This is exactly the reason we honored Dr. Derick with our first ‘Excellence in Prevention Award’ at our 2019 MRF Chicago Gala in September. She was nominated not only by the gala host committee, but by her patients and her colleagues. She has saved so many lives through her work.”

The MRF’s current awareness campaign, “#GetNaked,” encourages people to make a commitment to their own health by pledging to #GetNaked once a month for a self-check and scheduling a yearly full body exam with a board-certified dermatologist. Currently, melanoma claims the lives of more than 7,000 Americans every year, is the leading cause of cancer death in young women ages 25 to 30, and the second leading cause of cancer death in women ages 30 to 35.

“Many times, it’s easier to spot a mole or a change in a mole on a loved one,” adds LiPira. “We’re encouraging couples to work together to stay healthy and be advocates for themselves and one another by getting to a board-certified dermatologist at least once a year.”

While Dr. Derick has seen an increased awareness about the importance of sun safety since she began practicing dermatology, she encourages people to be diligent about skin checks.

“Most times it will take years for the impact of sun damage to take effect,” explains Dr. Derick, whose offices see an average of 30 to 50 melanomas per month. “So, while someone may be religious about putting sunscreen today, it’s when they forgot to do it when they were in their teens that comes back to haunt them. And of course there are patients who will get melanoma no matter what they do. But I always reassure my patients that we strive to find every melanoma that we can, as early as we can. At Derick Dermatology, we prevent people from getting metastatic melanoma because we are catching it so early.”

While Dr. Derick’s offices practice in all of the specialties dermatologists are known for, she believes the work they’re doing in melanoma prevention is the most important.

“We publish a newsletter every month that lets our staff and patients know how many lives we’re saving,” Dr. Derick adds. “This is why we do what we do.”

While the MRF is charged with raising awareness for skin health, they are also tasked with raising money to research treatment for when a patient is diagnosed with melanoma. To date, through general fundraising and their signature events in Chicago, Philadelphia, New York, and Denver, the MRF has raised more than $17 million in support of research breakthroughs and vastly improved outcomes for patients. The MRF is a dynamic organization that was founded in 1996 by a patient for other patients suffering from this crippling disease. “We honored Dr. Derick because patients are truly at the center of everything she does,” says LiPira.