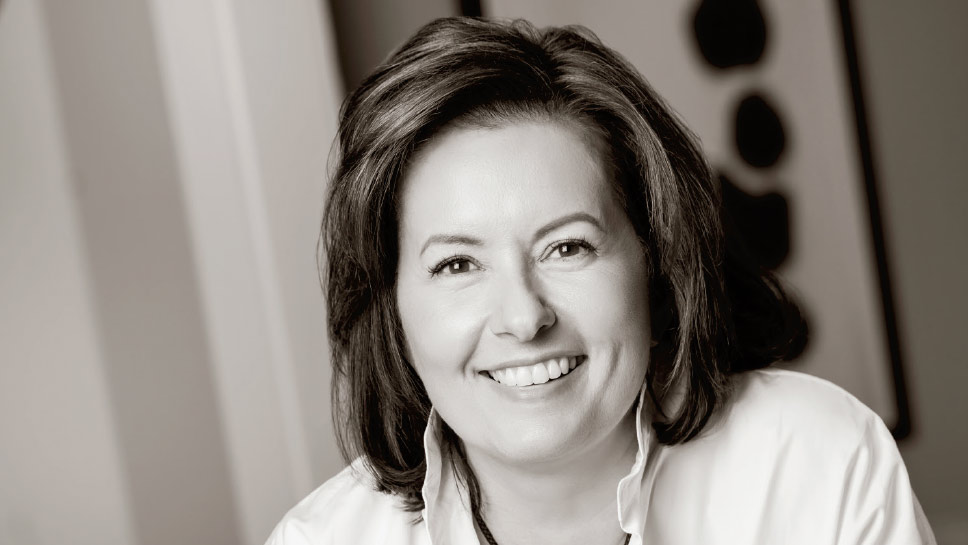 Most people start charting the course of their professional career during their high school or college years.

Jody Michael started preparing for her career as an executive coach when she was a young child.

“When I was really young I remember thinking vividly something to the effect that I was in trouble,” Michael says. “I had a very traumatic childhood with no siblings to lean on. I knew I wasn’t getting great parenting so I started watching sitcoms and movies—adjunct parenting—and became a hyper-vigilant student of others. I was far more self-aware than my friends.”

Michael would go on to have a pioneering and successful corporate career, one that included becoming one of the first female traders on the Chicago Mercantile Exchange. Along the way, she realized that she was playing the role of coach in her day-to-day job simply by how she interacted with peers and subordinates.

“Coaching is a lot like trading. It made me realize I was applying the same skills, such as complex pattern recognition,” she says.

Michael’s interest in executive coaching was solidified in the mid-’80s when she heard Dr. Fernando Flores speak at a symposium at Stanford University. Flores is considered one of the two fathers of modern executive coaching and was a global leader in business process design, innovation, and cognition. Michael jumped at the chance to participate in Flores’s inaugural, three-year coaching program.

“I would travel three times a year and sit for four or five days of intensive work,” she says. “We studied under PhD professors and Nobel Prize winners. I was studying executive coaching with the top experts in the field at the genesis of the profession. It must have been what it was like to be one of the first psychoanalysts studying under Freud before psychotherapy existed.”

Michael did go on to study psychotherapy, leaving the corporate world to study human behavior and receiving a postgraduate degree from the University of Chicago. As a newly licensed psychotherapist, she launched her executive coaching career. At first her friends were a little confused.

“I would say I was a coach and they would say, ‘what sport?’” she recalls.

At the core of Michael’s executive coaching approach and practice is the concept of mental fitness and the ability to maintain a positive physiological state regardless of what’s being thrown at you throughout the day.

“It’s about not sweating it under stress. When you’re stressed, overwhelmed, angry, etc., you’re simply not optimizing your performance,” Michael explains. “Tending to mental fitness is the secret sauce to optimizing performance.”

Michael adds that the average American only spends 20 to 30 percent of their day in a positive mental state and that the rest of the time “they’re working against themselves.” Turning that around doesn’t always require big changes.

“What’s fascinating is to take an individual and identify their blind spots and make incremental adjustments,” she says. “The return on investment can be ridiculous.”

Michael cites the example of a female sales executive who phoned her up four or five years ago with an odd request. Already a top performer, the executive wanted Michael to help her find a new job.

“She was coming off an exceptional year, more than $1 million in sales, but was expected to do better the next year, so I suggested she hire me to improve her performance,” Michael says. “She told me her past year had been an anomaly and there was no way she could improve on it. I made her a deal that if she came on board with me and didn’t do a million plus I’d refund every dime of her fee. At the end of the year she had sold $10 million. I helped her build a resilient mindset and got her very efficient during her work day.”

Michael says executive coaching can be especially powerful for leaders who’ve already demonstrated strong mental fitness and have a deep desire to win.

“Coaching the Tom Bradys of the business world gets me excited. He is the quarterback you want on your team if you want to win the game,” she says. “You want the winners, the guys who are going to bring it home. It’s not just his physical ability or talent—it’s his high level of mental fitness. That’s what separates the great athletes from the rest. The same is true in the corporate world.”

Most satisfying to Michael are the coaching engagements that extend beyond individual executives to organizational teams.

“I worked with one team that went from hitting 33 percent of their strategic goals to 82 percent in six months,” she says. “For me, the bottom line is watching individuals grow, but to work with an entire leadership team is where I can have an exponential impact.”

Given Michael’s background in finance, the fintech (financial technology) industry has become the primary wheelhouse for her firm. The company works with both established companies as well as startups.

“We do a huge percentage in fintech. I love the speed and the high-growth; it’s fast and evolving,” Michael says. “There are a lot of younger leaders, especially founder CEOs, and the question is if they can really grow with the company. They’re figuring it out by the seat of their pants.”

While she stays abreast of trends and innovations in the fintech sector, Michael is determined that her and her colleagues remain at the forefront of using technology to serve their clients.

“Tech is just as disruptive to coaching as it is to other professions, and we’re aware of that,” she says. “We built one of the first proprietary coaching apps and the engagement is so high we’re designing a second one. I believe coaching over time will become so advanced you’ll have a voice whispering in your ear at the right moment.”

And what does Coach Michael do in her free time? Well, she coaches. She sits on the board of the Few Initiative, which helps disadvantaged, inner-city kids reach their leadership potential.

“I love coaching inner-city kids and I work with a dozen teens a year,” Michael says. “To me, coaching is play. And honestly, I can’t imagine doing too much of what I love.”