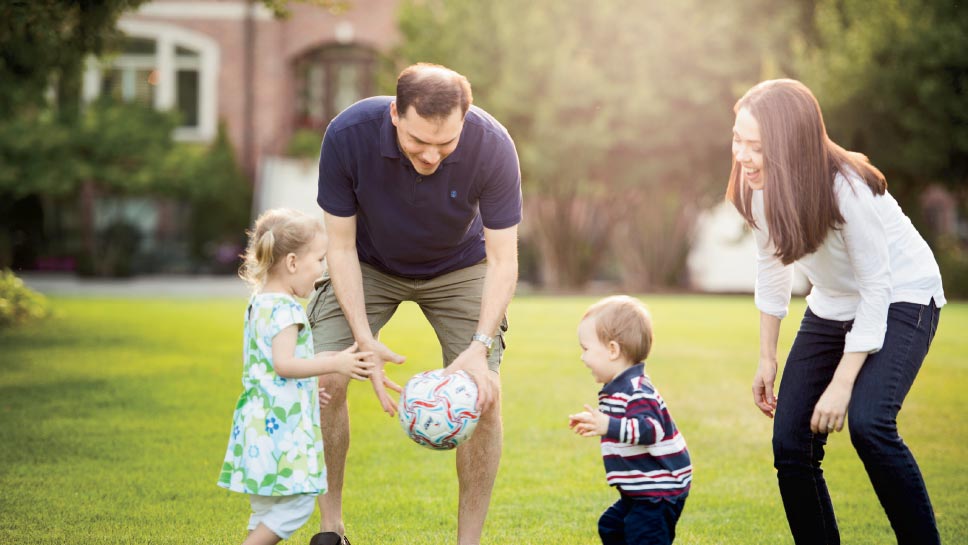 State Representative Tom Morrison talks about family, holding political office, and what’s on the horizon. Morrison
with wife Bethany and two of their four children. PHOTOGRAPHY BY FRANK ISHMAN.

Republican Thomas R. Morrison was elected to office in 2010, representing District 54, which includes parts of Barrington, Inverness, Palatine, Hoffman Estates, Rolling Meadows, and Arlington Heights. Nine years in, he’s optimistic, driven, and determined to serve his constituents well. With the 2020 elections on the horizon, we wanted to understand what motivates Morrison in life and as a public servant, and to find out what’s next on his radar. Here is Country Magazine’s interview with Tom Morrison.

Tell us a bit about your youth, education, and family.

I grew up in Glenview but moved to the Northwest Suburbs when I began teaching in Arlington Heights. I graduated from Hillsdale College where I studied history and communications. I briefly competed on the speech and debate teams, but really I wanted to cover news and politics as a reporter. My wife, Bethany, is originally from Minnesota, and we met at church when her family was visiting. We’ve been married since 2002 and have four children, aged 2 to 12.

What was your career before being elected as State Representative, what motivated you to run for public office, and what keeps you going in your current role?

I’ve worn several hats since college, and all have helped me in my current role. I worked briefly in radio news, although I often found it frustrating to interview politicians—they wouldn’t answer direct questions! Later, I transitioned to teaching 5th grade for six years. 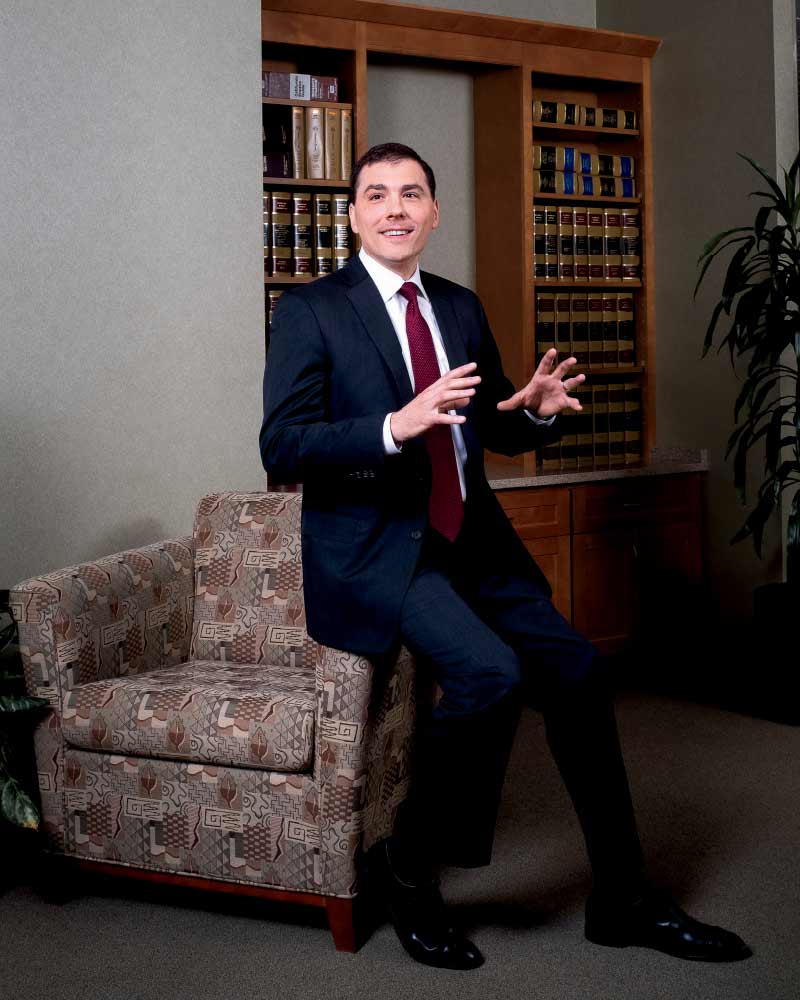 Then, with a desire to own and operate a small business with my older brother, the two of us partnered to buy a disaster cleanup and restoration firm, which we quadrupled in size and later sold. Now, you could say I’m focused on restoring the state of Illinois. That’s a much bigger task!

As a lifelong Illinoisan, it’s aggravating and sad to see our great state become such a laughingstock. Our state’s problems could be summed up in two words: personnel and policy. In our business, we made the internal personnel and policy changes that had caused the business to languish before we took ownership. Change was difficult, but over time, the business flourished. Illinois has tremendous assets, but there are certainly parallels to what I experienced—for customers and employees alike. A government can’t be run exactly like a business, but there are important principles that do translate, and shouldn’t be ignored.

Your family calls the Northwest Suburbs home. What do you love about living and raising your family in the Barrington/Palatine area?

The Northwest Suburbs are great for a thriving family life. We enjoy family bike rides as well as the park and library district facilities and activities. Our older two children play string instruments in their school orchestras. I don’t get much training time, but every year I do a sprint triathlon and a few 5K runs, sometimes with my children.

How have you and your family managed to balance work and life between Springfield and your home in the Northwest Suburbs?

State and federal-level politics is especially tough for those with young families, so right after my first election, Bethany and I decided to have quality time together whenever and however possible. For us, that meant leasing a Springfield apartment and travelling together each week with our children (aged 2 and 4 at the time). As they slept during the three-hour drives, we got to talk. After fulfilling daily legislative duties, I would join them at local parks and/or I’d help with the bedtime routine.

In the morning we’d have breakfast and a little play or reading time before I’d head back to the Capitol. We did it just one term, but for everyone involved, it made our family’s transition to the political world much easier. Today we have two more children (who are now 2 and 4), and FaceTime is an essential tool for keeping relationally close while I’m away. I do my best to reserve Sundays as our weekly family day.

What do your constituents in the Barrington/Inverness area tell you they are passionate about?

There are 107,000 residents in our entire House legislative district. Our residents are concerned about the state’s precarious financial position and what that means for all of us. They’re passionate about many of the hot button political issues of the day, both pro and con. I engage them in person here in the district, electronically, or in Springfield before, during, and after we take votes on various House bills.

What initiatives/accomplishments in Springfield have you been part of that you are particularly proud?

Meaningful pension reform remains my primary goal. I learned in the cleaning business (and from my parents) that the best leaders lead by example. I was the first non-public employee to opt out of the lawmaker’s own pension plan. Over 60 other lawmakers have subsequently opted out. Lawmakers must have the political will to shift new public employees and existing employees on a go-forward basis into defined contribution pension plans. That will require amending the state’s constitution, which is a heavy but necessary lift.

In the past 9 years, the state’s unfunded pension liability has increased 60 percent to $135 billion. The state must also enable local governments to achieve significant pension reform, as their pension plans are one of the drivers of increasingly expensive local property taxes. Since we’ve been in the minority as a caucus, our legislative wins sometimes involve killing bad bills or at least watering them down or delaying them so that they’re less harmful. We must push for local and state pension reforms, which every serious local and state official has agreed is an absolute necessity.

I also serve on the state’s newly created property tax task force, so I’m eager to advocate for reforms that will reduce that significant burden on families and businesses. The state must enact the changes that will attract more taxpayers rather than simply raising tax rates or creating new categories of taxes. The state must also amend the constitution to make the legislative map-making process more transparent and less partisan.

What are your future aspirations in life, both private and public?

I aspire to be a good husband and father first and foremost. State Representatives are up for re-election every two years, and after 2020, there will be new legislative maps drawn for state and federal districts. So, beyond 2020, we’ll see if there are doors that open or close.

“A republic … if you can keep it.” That was the caveat Benjamin Franklin provided after the 1787 Constitutional Convention when he was asked whether the country would return to a monarchy or if it would remain a republic. It’s critical to understand that freedom and self-government is unique in world history, and strenuous to maintain. As Ronald Reagan once observed, it could be easily lost within a generation. If we want to preserve liberty for ourselves and future generations, we’ve all got to step up, educate ourselves and our neighbors, and when necessary, sacrifice our own time, talent, and treasure to keep this state and country going as smoothly as possible for another 200 years.