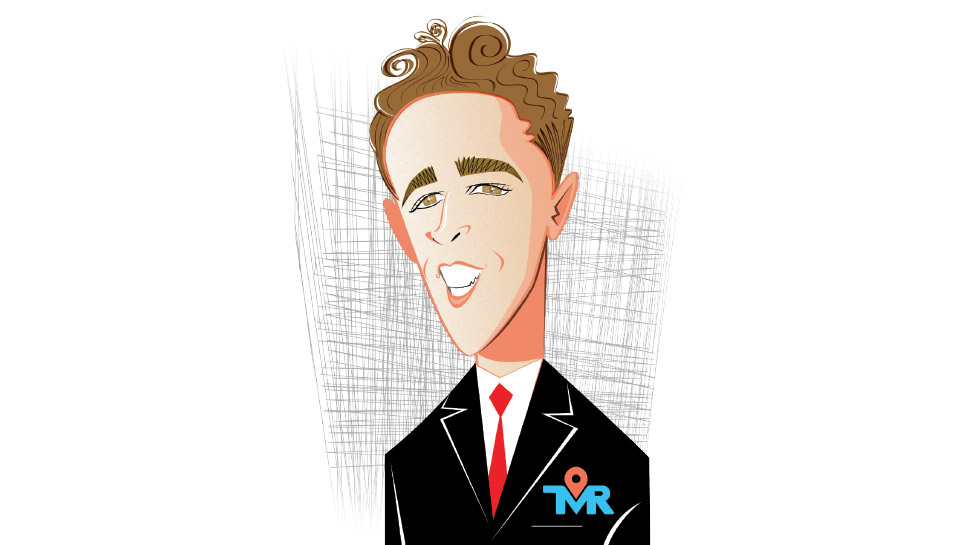 Barrington’s Connor Boundy shares how an entrepreneurial endeavor with some of his former classmates may redefine how schools will keep our children safe. ILLUSTRATION BY ROBERT RISKO

When Connor Boundy was a junior at Barrington High School in 2014, he participated in the first high school incubator program in the U. S. (incubator.edu). This program has allowed budding entrepreneurs to get a taste for what it’s like to come up with a product idea and take it to market and is now widely available in high schools across the U. S.

“My classmates and I decided to develop an app where parents could track their children from when they got on the school bus until they got off of it,” explains Boundy. “We were awarded some seed money to promote this idea and had some early success with it.”

But as Boundy and his classmates graduated from high school and scattered around the country to different colleges and universities, the idea lost its momentum. It wasn’t until Boundy, a wrestler at Indiana University (IU), suffered a career-ending injury that he resurrected the concept.

“I’ll never forget talking to my now-partners about the idea for this app,” he says. “It was the last day before summer of my sophomore year at IU and five of us were sitting around when I told them what I had in mind. Everyone was so excited about it and really saw an opportunity for such technology in this climate where the importance of school safety has reached a new level of urgency.”

Fast forward two years and engaging 20 other individuals to work on this project—including friend and former IU classmate Luke Gibson—and you now have an innovative, comprehensive school safety company called TMR Technology Inc. with a product that is defying expectations.

“With a simple free download of the Track My Route (TMR) app from the App Store or Google Pay, parents can trace their child’s bus and receive notifications on its status,” says Gibson. “For most school districts, the app can be made available to parents without any hardware installation on the buses.”

TMR was first piloted and then fully implemented in a special needs cooperative last year. It received rave reviews and the coop will continue to use it this coming school year. Following closely in their footsteps, Libertyville School District 70 recently unveiled their adoption of this program for the 2019-2020 school year.

“We’re really starting to gain traction,” says Boundy. “In the first several meetings we had with schools, we were definitely underestimated when we’d walk in the room. But this was a good place to start because the mood always shifted as we finished our presentation and the group began to understand our product and its implications. The tone would move from ‘what advice can we give you?’ to ‘how can we roll this out in our school district?’ I really chalk it up to our young team’s high level of professionalism and the fact that we have some really great technology to share.”

TMR Technology is evolving into a broader security offering for schools. In the future, the plan to allow parents to use their app to locate where their children are, especially during emergency scenarios.

“It’s very much part of TMR’s mission that while we’re ensuring students’ safety that the students not feel like they’re going to school in a prison-like atmosphere where their every move is being watched,” adds Gibson. “We want the schools, the parents, and most especially the students to feel safe, but free at the same time.”

For now, TMR Technology is managed by a core team of five (where the oldest team member is 25 years old and a handful are still in college), supported by 20 sales representatives and interns. While many of them are engaged by full-time jobs, the organization keeps in tight communication with remote team members.

“As representatives, we connect with the founders on a near-daily basis,” says Gibson. “It’s been incredible working with this team. We have a group that is truly passionate about making school transportation safer.”

To learn more about TMR Technology and the TMR app, visit trackmyrouteapp.com or contact Connor Boundy at [email protected]om.