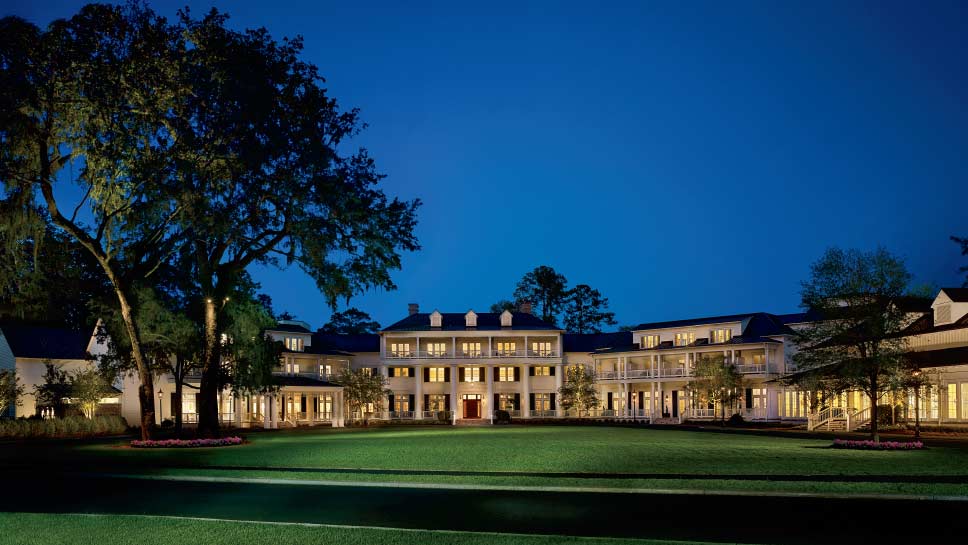 Few resorts in the South make a more spellbinding first impression than the Montage Palmetto Bluff in Bluffton, South Carolina. Finding this resort, which includes a 74-room hotel set on 20,000 stunning acres, feels a bit like being let in on a closely guarded secret.

It’s the kind of place you have to get lost in order to find. Think Brigadoon with a Lowcountry zip code.

One moment, you’ll be motoring down a bucolic back road—past groves of palmetto trees, thickets of Spanish moss, and a heavy grey scarf of low-hanging fog—and then it will just appear, Lerner and Loewe-like, before your eyes. The mist will part and you’ll find yourself in one of the last undiscovered jewels of the South.

In terms of size, Palmetto Bluff is no boutique property. It’s one and half times larger than the island of Manhattan, nestled along the banks of the dream-inducing May River. It’s a chimera of a place: a nature reserve, a luxury resort, a playground for sports enthusiasts—not to mention a thriving residential community, where residents live in homes so achingly beautiful they look like they’ve been ripped from the pages of Southern Living magazine.

This may be the future of tourism. You visit. You fall in love. And then immediately start calculating how you can build or buy your own place here so you’ll never have to leave. 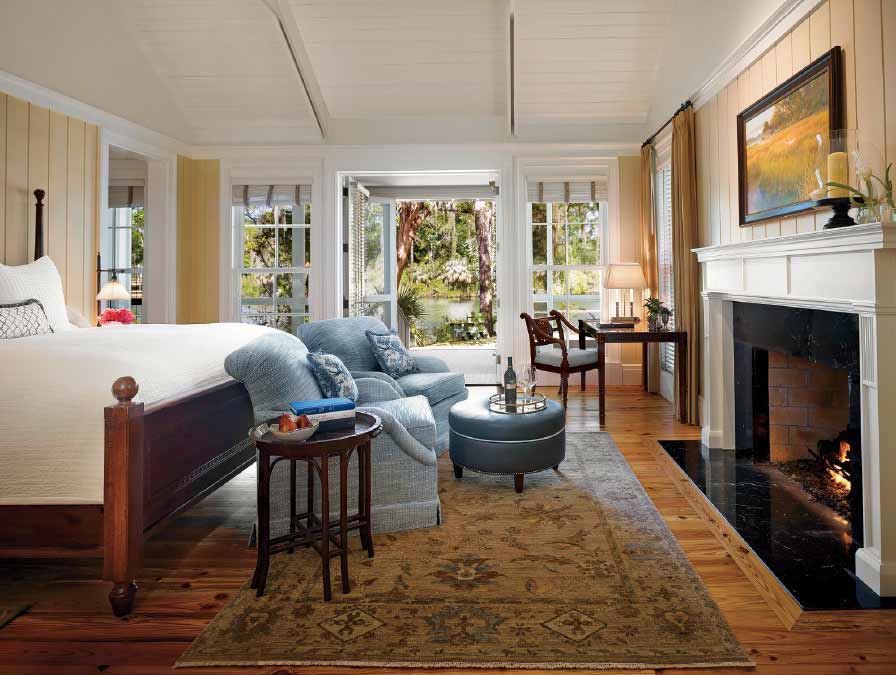 For most, the seduction begins in the resort’s main inn, which was spruced up as part of Montage’s $100 million renovation in 2016. It’s pure Southern charm—right down to its bourbon milk jam snacks and Belle of the Ball makeup services.

The rooms themselves—whether you book a suite at the main inn or in one of the property’s standalone cottages—are built to slow time down to a Southern crawl. All suites—including the resort’s jaw-dropping Palmetto suite with its lagoon views and a portico balcony so spacious it would make Scarlet O’Hara blush—boast Italian linens, marble bathrooms, a soaking tub, and endless cups of Nespresso coffee.

Initially, we assumed we’d nest the days away inside, supping and sipping. Perhaps a honey-slathered buttermilk biscuit and a porchetta croissant for breakfast. Maybe a homey platter of the house’s fine shrimp and grits for lunch. Then dinner in the screened-in Octagon Porch, bookended by a few rounds of Chatham artillery punch cocktails in the inn’s grand old library. 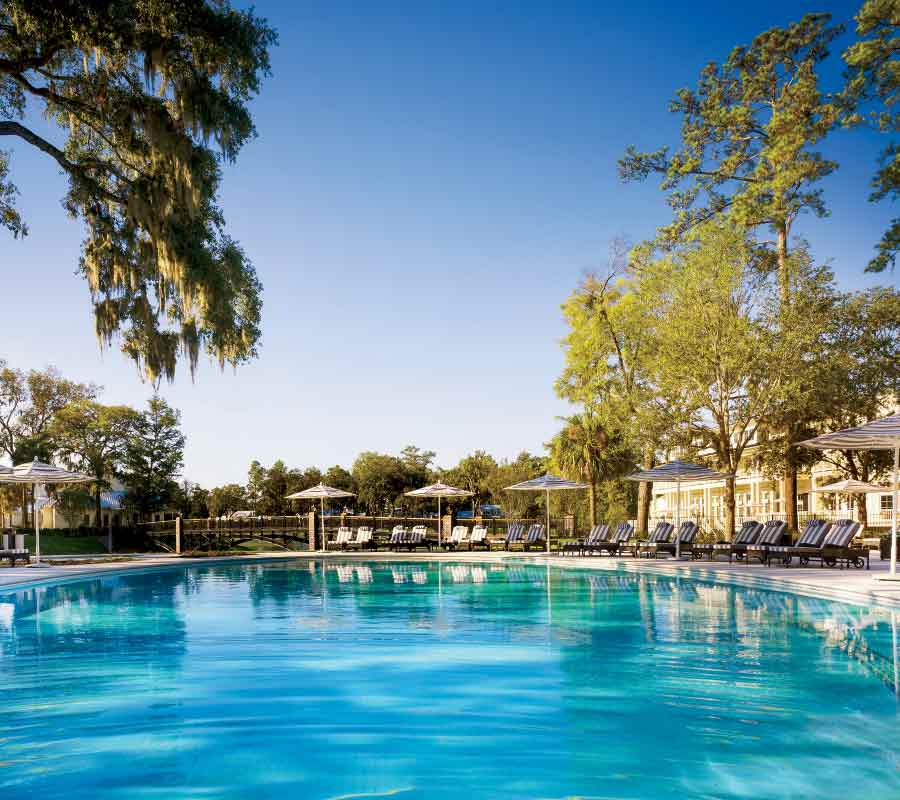 The main pool, a family designated area outside of the Main Inn

But our greatest joy came from exploring the resort’s grounds, which blend the past, present, and future with uncommon grace.

This place has been speaking to its inhabitants for centuries, back all the way to Native American tribes who slurped oysters and fished in the May River. It so charmed a wealthy banker named Richard T. Wilson Jr. in 1902 that he preserved much of the land as a hunting ground, then poured a fortune into building a huge mansion here, only to see it burned to the ground in 1926.

Seeing a potential goldmine of lumber, leaders of the Union Camp Company bought the land in 1937 before doing the last thing you’d expect a group of savvy businessmen to do: They left it alone. They were so bedazzled they established a land-use plan to protect its ancient maritime forest, which is why the sounds of splashing pelicans and whittling woodpeckers live on to this very day.

This commitment to ecological stewardship was amplified by the land’s current owner, Crescent Communities, which founded a nonprofit called the Conservancy at Palmetto Bluff in 2003 to ensure it never loses its authentic glow. 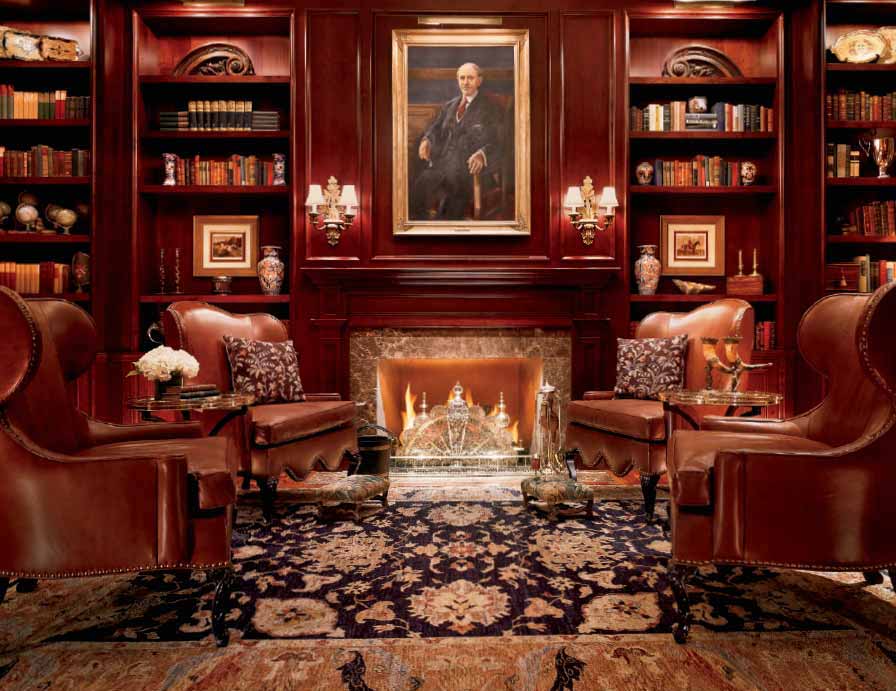 Guests can sign on for conservancy tours detailing how food plots, hunting practices, and controlled burns help preserve the natural balance of flora and fauna. Preservation efforts down here go beyond the norm, right down to the choice of salt-water-tolerant grass at the resort’s Jack Nicklaus May River golf course as well as the hiring of an on-site archaeologist, Dr. Mary Socci, who excavates the land for artifacts and chronicles its history.

As one of our guides said to us, “This place is in a state of perpetual evolution.” He was right. Follow the sound of church bells and the sway of seagrasses and you’ll come to Palmetto’s Village Park Square, a tiny little slice of Southern Main Street USA complete with a post office, shops, and restaurants. 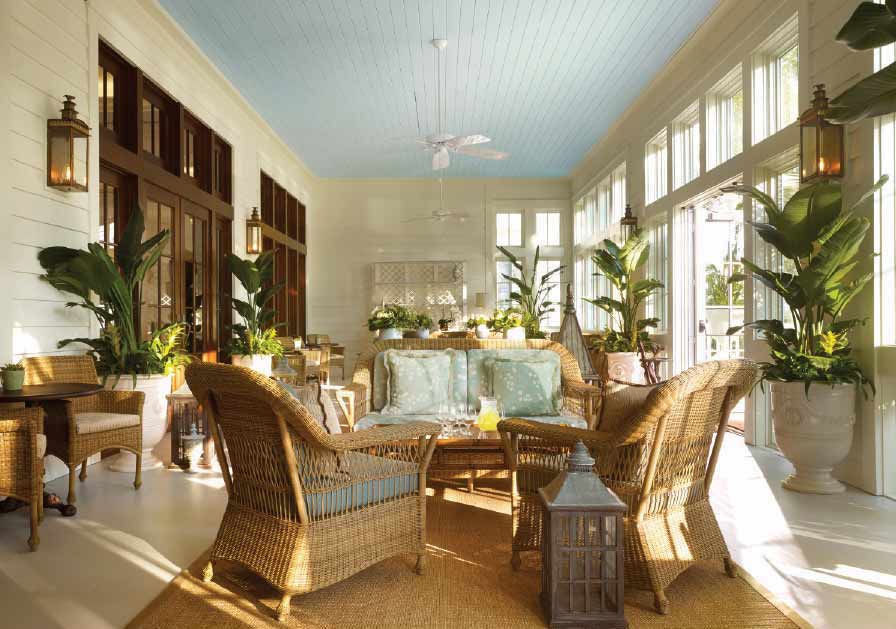 There’s history in that square. Visiting the ruins of Wilson’s burned down mansion is like slipping into the page of a Wordsworth poem. Nearby is a tiny non-denominational chapel, whose pews were constructed from local woods recovered from a bank damaged during the September 11 attacks in New York.

On you go, exploring a place where time bends itself to the will of nature. 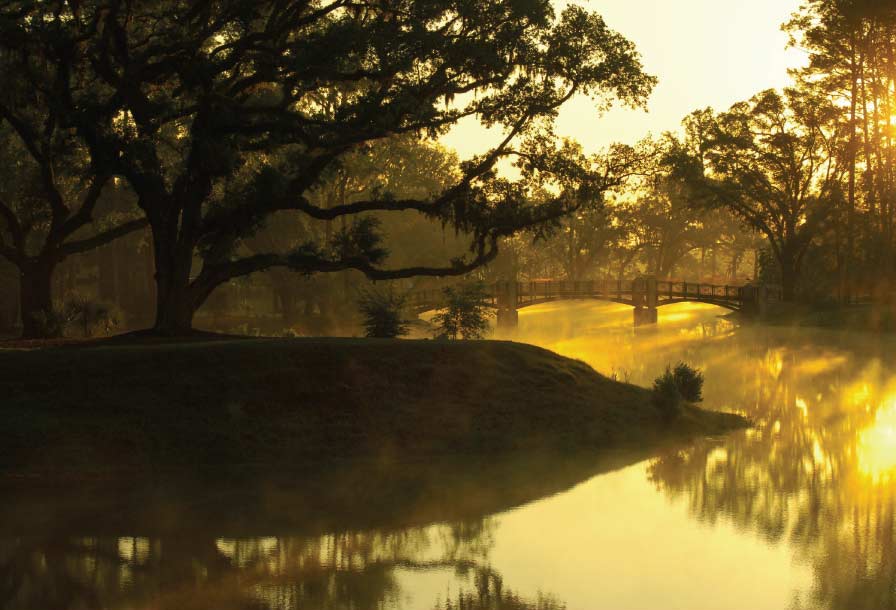 I don’t think I’ve ever seen anything quite like nightfall at Palmetto Bluff. As darkness descends, hundreds of gas lamps across the property slowly flame to life, casting a soft golden pall over the whole place. Light dances in the dark here, like the flicker of an old movie projector. It’s beautifully Gothic in a uniquely Southern way: spiritual without being haunting. Go to the water’s edge and you’ll see stars as clearly as Native Americans did centuries ago, as if a pail of glitter was spilled across the sky.

At night, we roasted s’mores in various crackling fire pits. And some nights we took long extended house walks marveling at the million-dollar homes. But mostly we just delighted in getting lost, hoping that one day we could find our way back through the Southern mist to this Brigadoon on the bay.