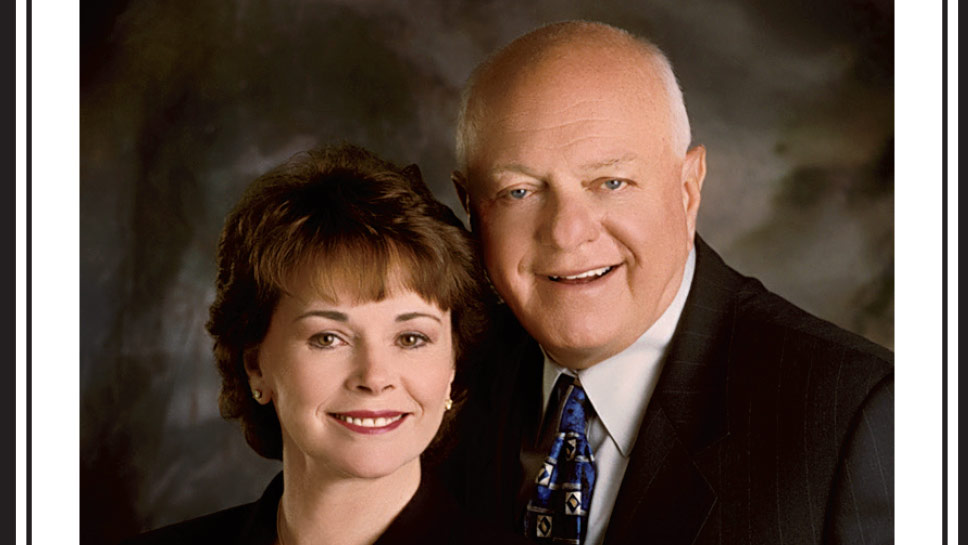 Barrington Area Development Council’s Citizens of the Year roll up their sleeves for philanthropy.

The phrase “It takes a village” couldn’t be more apropos than when referring to the Barrington Area Development Council—or, for that matter—this year’s Citizen of the Year Award winners, Vince and Pat Foglia. The couple received the award at the 45th annual BADC presentation dinner at The Onion Pub & Brewery on May 8.

“It is an honor for Pat and I to be recognized as the Citizen of the Year and we are very proud to be associated with every single organization we are involved with,” says Vince Foglia of North Barrington. “We have many good friends in this community and it was very heartwarming to share this special evening with so many of them. We hope we are a good example to everyone out there of what it means to give back.”

And, as the quintessentially humble and modest philanthropists they are, the Foglias preferred not to be interviewed for an article focused on them. So, we asked others to talk about why they believe the Foglias truly deserve the award this year. Turns out it goes far behind the couples financial support, which is always beyond generous. People who know, benefit from, and work closely with the Foglias speak to their untiring devotion to work side-by-side with worthy organizations, offering leadership and mentoring skills, sitting on boards, and developing relationships with the leaders of the nonprofit organizations and people they serve.

“When I first asked for a meeting with Vince, he personally came out our center,” says Joy Wagner, RN, BSN and president and founder of NeuroBalance Center in Barrington. “This is one of the first things that makes the Foglias unique. When they participate, they welcome you into their lives, and welcome being invited into ours.”

When Wagner was looking for new rental space to expand her facility and services, Foglia helped her dream bigger. “It was Vince who brought the idea to the table of owning our own space,” she says. The Foglia Family Foundation was a major donor in the $3.4 million capital campaign that resulted in the building of NeuroBalance’s state-of-the-art facility that helps people dealing with neurological conditions and physical challenges. Beyond that, Wagner says, “Vince is on our board; he gets in there, looks at the books, gives us input at every board meeting, and utilizes our services himself. Pat donates books all the time for us to give to our participants.”

Wagner, an Inverness resident, was just one of the people who nominated the Foglias for Citizen of the Year. Nancy Gianni, Chief Belief Officer and GiGi’s Mom of GiGi’s Playhouse Down Syndrome Achievement Centers, was another.

“Vince and Pat are game changers, leaders, believers, humanitarians,” says Gianni, who lives in South Barrington with her family. “With Pat and Vince, they truly look at it as an obligation to give back and serve others. They know us; they know the kids we serve.”

Gianni had a similar experience as Wagner when she first met Vince. “He was an amazing person to even consider my request, and he gave me everything I asked for and more.” The Foglia Family Foundation provided Gigi’s Playhouse with funding for four years. Then, when Gianni found her organization at a pivotal growth point, the Foglias stepped in once again.

“Vince believed in me, which made me believe in myself and do the impossible.” Foglia helped Wagner through the process of building Gigi’s Playhouse model in Barrington, with a 10,000 square foot facility, which now serves as a model for other locations, including the organization’s first international location. “Whenever I need guidance, he’s there,” Wagner adds.

She also speaks to Vince’s devotion to wife Pat. “He is the most genuine person who deeply cares for this world and his family, and respect he has for his wife shows the person that he is. “He often says to me, before making a decision, ‘Let me ask my Pat,’” says Gianni, who gave the keynote speech at the May 8 award dinner to pay tribute to the Foglias.

The Foglias were selected for the 2019 “Citizen” from among over 50 nominations, according to Tom Burns, who calls Lake Barrington home and has been BADC president since 2017. “The Citizen of the Year is the person (or in this case, persons) whose volunteer service has made the most significant contribution to good of community.”

The Citizen of the Year committee is made up of about half the board, as well as prior year “Citizen” winners, who make up at least half of the committee. “We meet for a night, talk about the nominees, and share as a group what we know before going through rounds of voting,” Burns explains. “This year, we went through 2 or 3 rounds to get down to the final candidates. Then we keep voting until we have a majority of the votes for one candidate.”

“Vince Foglia has such an impact on Chicago area nonprofit community, especially the Barrington community,” Burns adds. “It’s more than financial support; he’s a full-time philanthropist. He becomes an advisor to the organizations, offers good sound business advice, and helps them set goals. He’s very active with the organizations he supports.”

BADC has been giving its Citizen of the Year award since 1975. With the tag line, “Nurturing Not-for-Profit Initiatives,” BADC was founded in 1966 as a nonprofit civic organization dedicated to sponsoring initiatives and organizations to benefit the Barrington Area community.

“BADC preserves the unique character of the Barrington community with careful coordination of surrounding communities to help with conservation, our water supply, managing development, and more,” says Burns. “Lately, we’ve been serving unmet needs of nonprofits. The Barrington area is rich in individuals that have a passion for making a difference. We are focusing more and more helping nonprofits be better, offering business advice, helping them build better boards, and working on their fundraising strategies.” To this end, BADC created a business leadership network, holding an annual global summit on leadership development for nonprofits, which involved 125 leaders last year.

“The WINGS Program has benefitted from the Foglias’ generosity for about 15 years,” says Rebecca Darr, chief executive officer. “I don’t now how you adequately describe the impact they have, ensuring their dollars make a return on human capital. With every dollar they give, they look to see how we use it, invest in people, and show success with human capital as the bottom line.”

Darr speaks of Pat’s contribution. “Pat’s support of WINGS is driven by years of experience with people she’s known. She is passionate about helping women of domestic violence, and brought Vince to our safe house in Rolling Meadows to pull his heartstrings. When our store burned down a couple of
years ago, Pat just sent a generous check; when they see a need, they don’t wait to be asked.”

According to Darr, Pat regularly donates clothing to be resold to benefit WINGS, and the Foglias underwrote WINGS’ St. Vincent de Paul dinner in February. “If I need anything, I can call Pat’s cell phone and say, ‘Hey, can you help me with this?’”

“The Foglias are impacting our most vulnerable citizens, to get society to look at them as human beings” adds Wagner.

Country magazine congratulates Citizens of the Year, Vince and Pat Foglia, for helping our village help others.