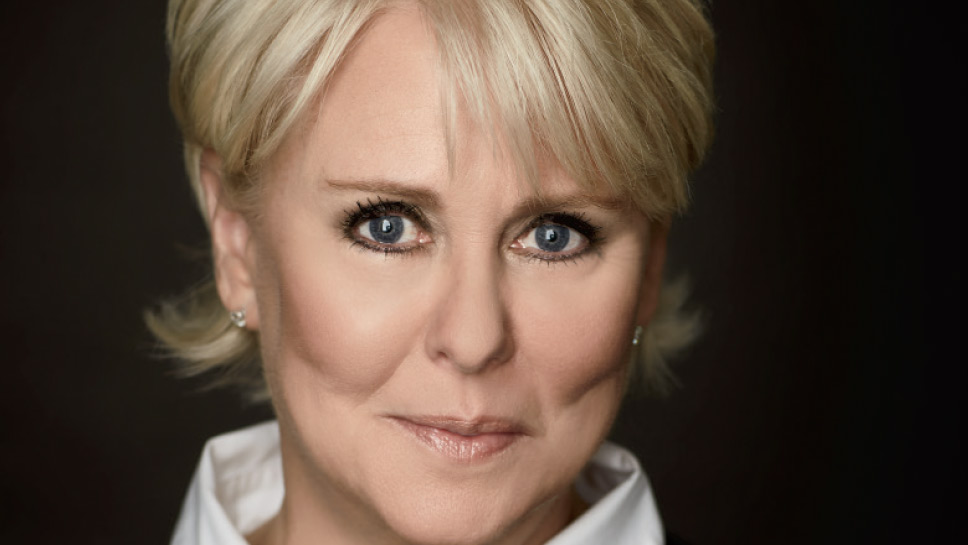 A decade after Peach Carr earned her designer stripes on Season 8 of Project Runway, the cheeky style maven and Chicago-area sweetheart is bringing “Allstars of Project Runway” to Chicago for the very first time. And it is for a cause she feels passionate about—to support JourneyCare’s palliative and hospice care programs, both in the Barrington area and throughout Illinois.

Allstars of Project Runway to benefit JourneyCare will take place from 5 to 11:30 p.m. on Saturday, June 29 at Theater on the Lake in Chicago. NBC 5 Chicago news anchor, Allison Rosati, will serve as the Master of Ceremonies for the show that will feature exclusive fashions by designer stars from the hit show. A special VIP trunk show and meet-and-greet will be held the evening prior, from 6 to 8 p.m. on Friday, June 28 at Waldorf Astoria in Chicago.

Carr is co-chairing the event with Elizabeth Foley and Pamela Cramer, both from the North Shore, along with a host committee that includes a number of Barrington-area residents.

“Allstars Project Runway events have had great success in other cities, and we believe it will be a big hit in Chicago as well,” says co-chair Foley, member of the JourneyCare Foundation Board of Trustees. “It will provide the opportunity for JourneyCare to host a really fun and unique event, while at the same time raising funds for caring for families living with serious illnesses.”

“This show has been a year in the works,” says Carr, who has been a supporter of hospice care for many years—first with Hospice of the North Shore for a decade and then with JourneyCare. “We want this event to raise awareness and for people to understand the broad scope of what JourneyCare does.” 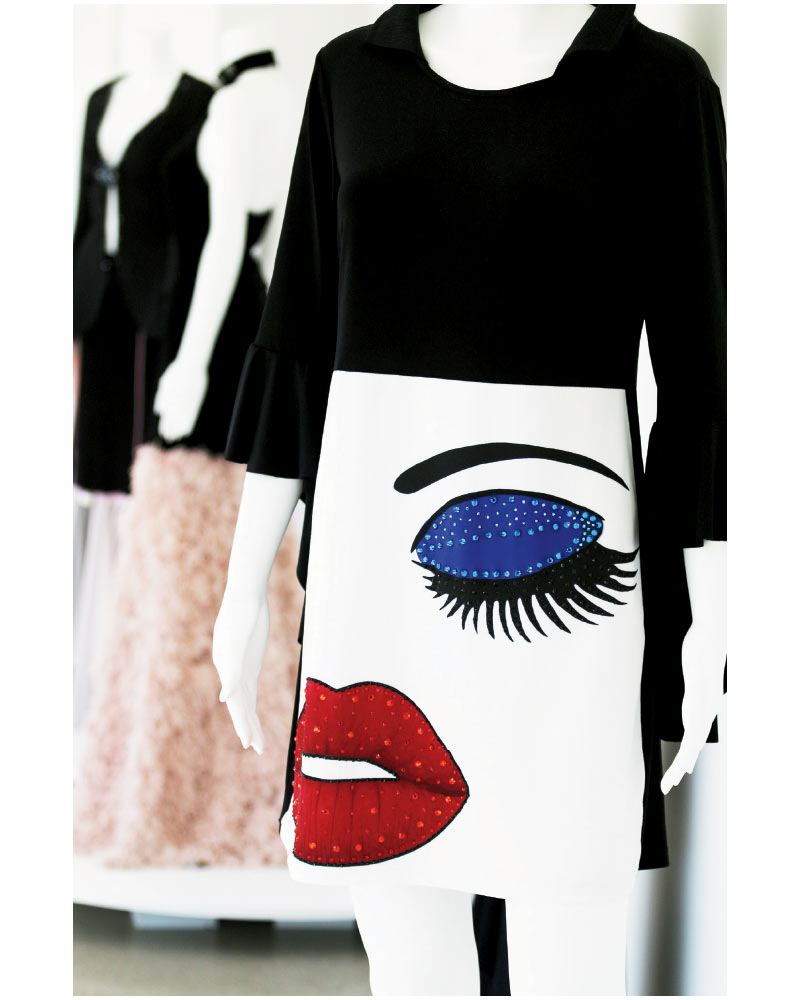 When Carr needed hospice services for a relative some time ago, she was introduced to Joseph P. Matty, President of the JourneyCare Foundation, who helped her and her family during a challenging period. She hasn’t forgotten. “They are a warm hug,” she says.

“Peach Carr has been a volunteer of ours for almost 15 years,” says Matty. “This is the first time these five Project Runway designers will showcase their fashion lines in Chicago. It’s the first major JourneyCare event that has brought all of our communities together from throughout the region we serve in support of our mission.”

In 2018, JourneyCare marked 40 years of delivering hospice, palliative, and care of serious illness throughout the Chicago area. With offices in Barrington, Chicago, and Glenview, JourneyCare serves patients throughout 10 counties in Illinois wherever they call home, and also operates five inpatient units.

“Funds raised at this event will go towards pediatric, underserved, and unreimbursed care,” Matty adds.

With Carr and her co-chairs, and an energetic and dedicated host committee, the Allstars event is poised to deliver. This is also particularly significant for Carr, who is a native Chicagoan and wanted to do something special for her hometown. So, she opened her Project Runway Rolodex and called upon some of her dearest fashion designer colleagues to come in for the Allstars event.

Attendees will be treated to a professional runway fashion show featuring 2019 clothing and accessories from the five participating designers. 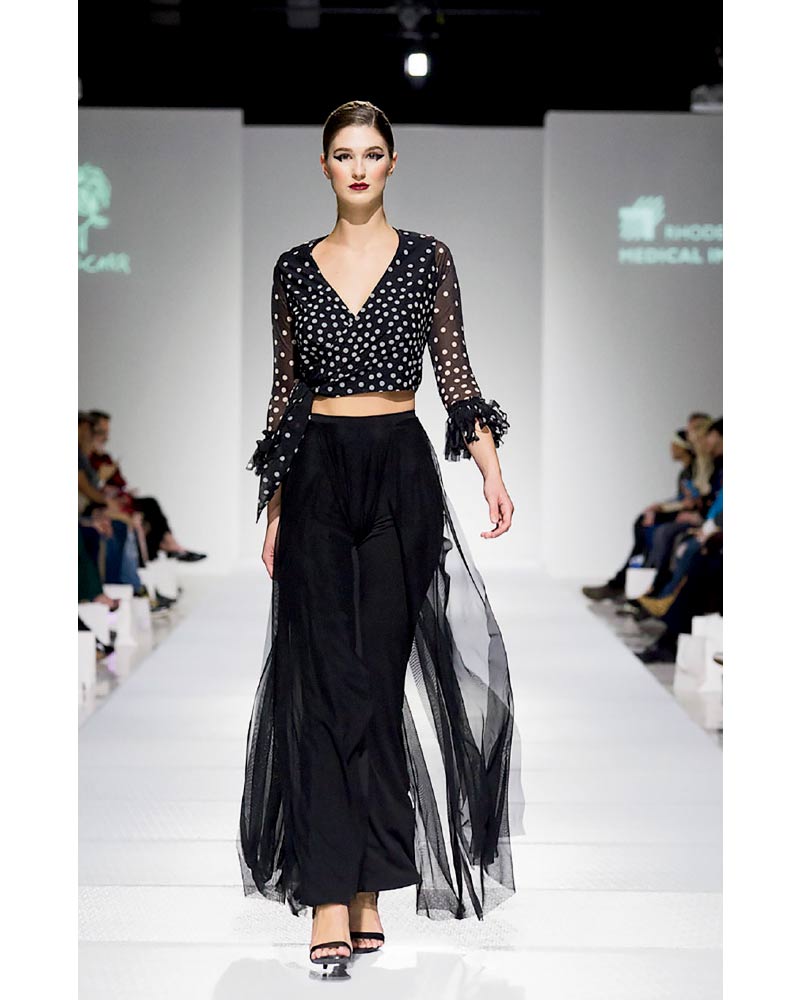 “I’m bringing in some of my best friends from Seasons 1 to 16,” says Carr. “The four designers are from different seasons and will be bringing in their amazing collections that no one else has seen before.”

Here is the runway designer lineup:

Jonathan Kayne will be showing special occasion and pageant wear. “He’s dressed a lot of country artists, and he’s one of my best friends,” Carr says.

Christopher Palu is known for her little black dress that goes from day to evening. Carr says, “Her designs are very chic, polished, and modern. And she couldn’t be sweeter.”

As for Carr herself, she gives us a sneak peek: “I’m using inspiration from my ’60s and ’70s childhood and opening with a tribute to Chicago.”

The VIP Trunk Show will offer some exclusive incentives of its own, with a great vibe and after dance party. “Everybody brings whatever is in their lineup to sell,” Carr explains. “It’s like a sample sale from our spring collections and accessories. And the swag bas will be amazing, with something special designed by me in each bag.” Carr’s popular Cami bags will also be for sale.

“This is the first time Allstars has been in Chicago after successfully appearing in places like Palm Springs,” says Pam Cramer, event co-chair and vice president of the JourneyCare Foundation Board of Trustees. “We encourage people to attend this fun party on the lake in the summer with outstanding food and drink, elegance, and couture.”

Barrington Hills resident, Karen Trzaska, who is serving on the host committee for the Allstars event says: “Listening to the stories of the family members who have become a part of the JourneyCare family, you want to take that emotion and channel it into tangible ways you can help and support the organization and those families who are affected.”

“To have so many families involved with our organization from the Barrington area, not only on the committee for this event, but in ongoing leadership roles—ensures our success and our commitment to patient care,” Matty says.

Kim Duchossois, also of Barrington Hills, and serving on the host committee says: I’m simply a cheerleader, advocate, and sponsor for a unique and creative fund- and friend-raising event. My role is to enlighten guests and many others about an invaluable cause benefitting every family who wishes to take part in hospice care services for a loved one or for themselves. I’m honored to be of support.”

Show your support and purchase your tickets for Allstars for Project Runway to benefit JourneyCare.

For tickets to the VIP Trunk Show and Allstars for Project Runway, visit journyecare.org/runway.

Served more than 13,000 patients and family members with love and compassion last year

Opened a larger, more welcoming office in the heart of Chicago in 2018