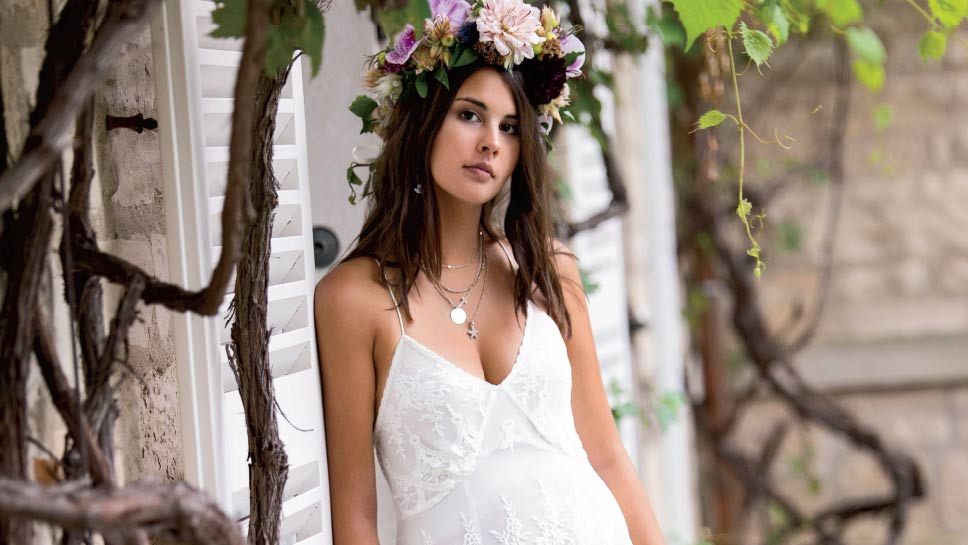 Barrington photographer April Graves is chairing a regal event in nearby Lake Forest in support of Citadel Theatre, one of the few professional Equity theaters in the area. PHOTOGRAPHY BY APRIL GRAVES

A royal ball to support Citadel Theatre, they say? Well, that certainly does sound fancy.

Sounds like gowns fit for a duchess and crown jewels and all the formalities that such a regal designation commands. However, talk to Nancy Smith—who will be throwing this “ball” with husband (and world famous architect) Adrian Smith at the couple’s David Adler renovation-in-progress in Lake Forest on July 13—and you will get an entirely different impression.

“Adrian and I both come from humble backgrounds and enjoy life. It is a blessing to be able to give our time in this way,” says Nancy. “It will be an event of joy, warmth, value, and mostly support … we will have a blast.”

The dress code? While black tie attire is always apropos, Smith emphasizes that (shh…) she honestly doesn’t care what people wear. “It’s about loving and supporting the theater,” she says. “That’s the glamorous part.”

April Graves, a beloved Barrington photographer and owner of Light Drawn Studios, says she fell in love with the Smith family over the past two years and got to know more about Citadel Theatre through their involvement.

“As an artist myself, I am very aware of the lack of funding and attention brought to the arts,” says Graves, who is serving as chair of the July 13 event. “I love that Citadel has such a strong giving program for education as well as their platform for donating tickets to those who might not otherwise get the opportunity to experience live theater. I am consistently blown away by the amount of talent that goes into each of their shows.”

The cause is also personal for Graves because her daughter Alyssa (who recently graduated high school and is going on to Loyola University) has been a “theater kid” for the last decade. “It is her heartbeat,” Graves adds. “I want to ensure that live theater is accessible to future generations as both audience and performers.”

For Scott Phelps, who co-founded Citadel Theatre in Lake Forest with wife Ellen Phelps 17 years ago, that’s music to his ears. Having the influence of the Smiths and now Graves has significantly elevated the fundraising potential for the small nonprofit theater company.

“We had done fundraising in the past but nothing to this scale,” says Phelps, explaining that early events drew 50 to 75 people while the ones the Smith have been involved in have had guest lists that pushed 400. “The Smiths have been so loyal and such good patrons of the arts. We are forever grateful for their support.”

And so, what Phelps and Citadel and Graves have next month is a ball. Not a gathering. Not a gala. But a ball, with a capital B. Royal in theme, all meant to “raise the curtain” on not only Citadel’s year ahead but also the progress made so far in the restoration of an iconic 22,000-square-foot mansion.

Designed by David Adler in 1930, the estate has been home to several prominent Chicago families, including Joseph Cudahy of Sinclair Oil and W. Clement Stone, author, philanthropist, and insurance tycoon. While the mansion was once considered the finest of its kind, it sat in neglect over the last 17 years as it was abandoned by a previous owner. To have Adrian Smith, arguably one of most renowned architects of the 21st century (he’s currently designing the tallest building in the world in Dubai) take over the restoration of legendary architect from the previous century is nothing short of poetic.

“To me, it was an honor and a privilege to be in a position to acquire and save this David Adler designed estate home,” says Adrian. “The house at 830 Green Bay Road that he named Innisfail II is especially important because of the time it was done, in 1930, not long after he returned from France. It was the beginning of the Great Depression so it was understated and modest in its features, subdued and elegant in its proportions.”

By the time Adrian and his Smith Family Project purchased the property two years ago, that grandeur was but a memory.

When guests come to The Royal Ball on July 13, they will get to see the progress that’s been made. Graves says she likes to think of the event as a “raising of the curtain” in support of the theater but also the Smith project—another labor of love in the name of art.

In addition to serving as the chair of this event, she has also been working behind the scenes to develop The Royals Collection— a classic portrait series created at private estates and inspired by the style of the British Royal Family, all to benefit Citadel Theatre. “The Smiths have graciously agreed to allow me to photograph 20 Royal sessions there at the Lake Forest property to include in the silent auction for this year’s gala.”

So … will this ball be fancy? Probably. But much like Nancy Smith, even a princess knows how to have fun.

Festivities for The Royal Ball on July 13 include a 4 p.m. to 6 p.m. tour of the estate, including gardens in progress, following by a 6 p.m. dinner, live auction, and dancing to the Stanley Paul Orchestra. Tickets are $300 per person. For more information, citadeltheatre.org.