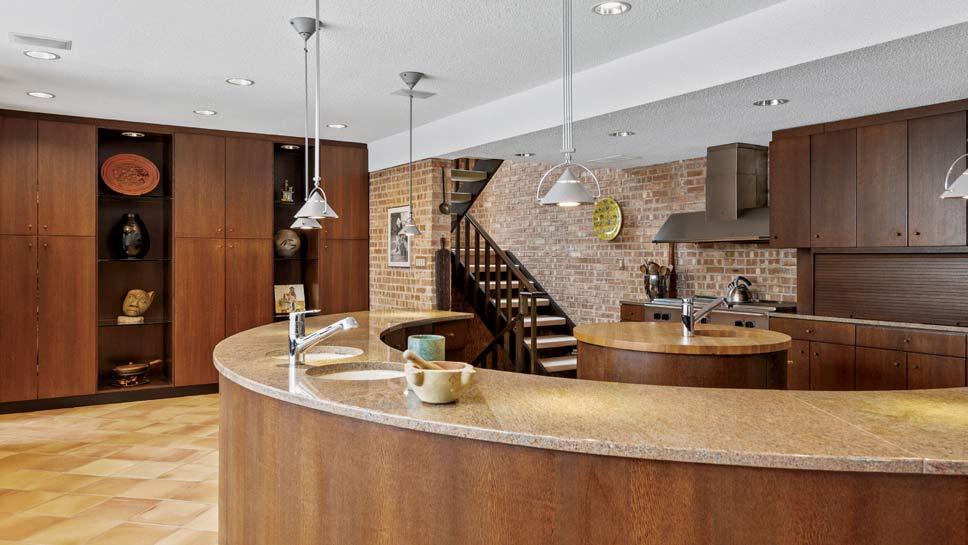 Modernist architect Ed Dart (famed for his work on the soaring 74-story Water Tower Place in Chicago) was not one to waste the views he created from his designs. Like most others working in the early 1960s, Dart was mindful of bringing the outdoors in and maximizing the landscape.

And as the owner of a Dart-designed, 3,900-square foot home in Barrington Hills recently explained, the legendary architect often took it one step further—creating a series of postcards that delighted from every angle. 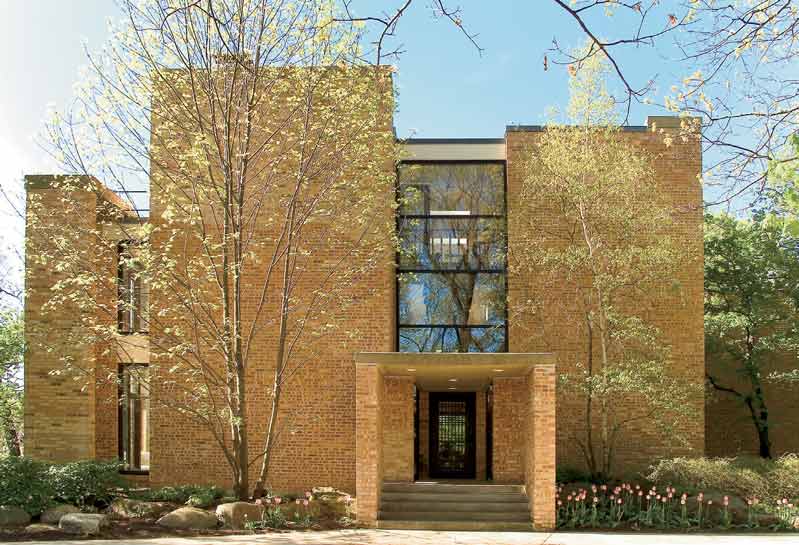 Front view of the home built with Chicago brick

“As you walk into the house you look south and see the view south,” explains the man who has owned the 1963 Dart home for nearly 30 years. “To see the views east, where the lake is, you have to step into the house.”

The result is that each individual view is “framed” by the architecture, creating a series of postcards that open like treasure boxes, one after the other.

The homeowner, who purchased the home in the early 1990s with his late wife, says they were attracted to the Mid-Century architecture and the tranquil six-acre property. 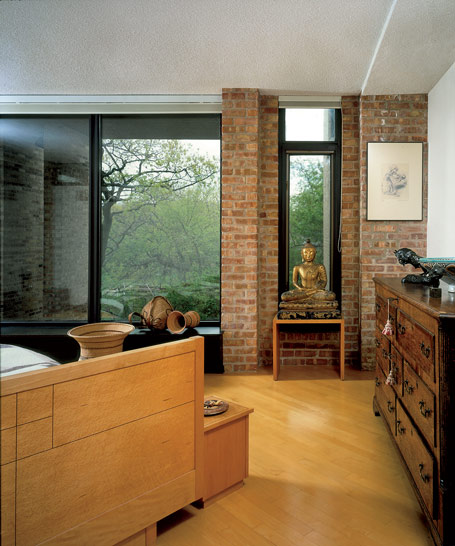 Dart, who lived in Barrington Hills and died there, designed several homes in the area—bringing a fresh take on architecture that relied on creative configurations of brick, glass, and concrete.

“We were only the third owner of the house,” says the homeowner, who has asked to remain anonymous. “The house was a spec house. The second owner didn’t do anything with it when he bought it.” 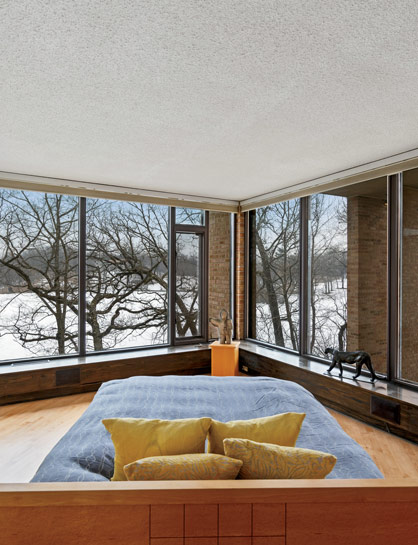 What this meant was that when the homeowner and his late wife purchased the home, it was essentially a perfectly preserved time capsule of the era.

The original Naugahyde yellow covering of seats and benches was still intact, features that while charming for the period, were eliminated during the couple’s remodel. 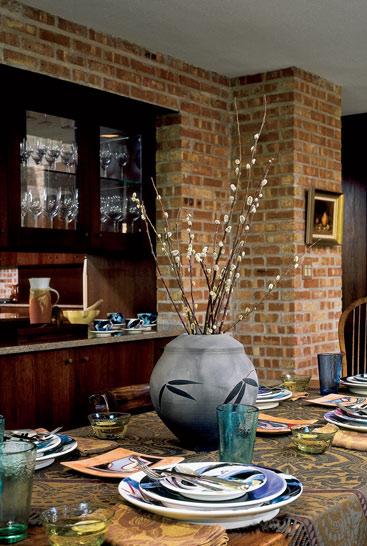 “We upgraded all of the bathrooms and enlarged the master bedroom,” he explains, adding: “The family room was removed and we made one big large kitchen. However, the remainder of the house is original.”

The homeowner confesses that while he and his wife grew to appreciate the significance of the property’s provenance, they had “no clue” when they bought it.

“We were attracted by the house,” he explains. “As we delved into it, we were made aware of Ed Dart and his legacy, including a beautiful church he designed in Lisle that was commissioned after our house was built.” 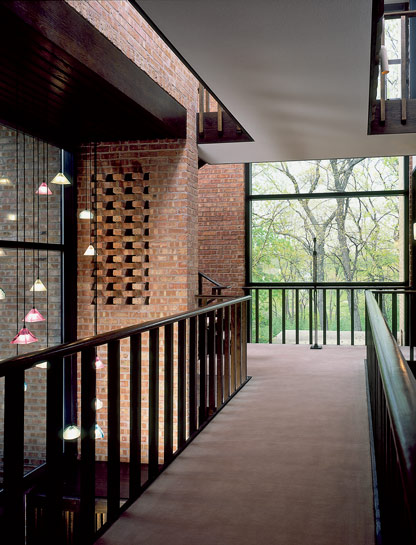 What is most stunning for the homeowner and his guests about the property is its sweeping entrance with Chicago brick and how the architecture maximizes the landscape in new  and visionary ways.

“There are so many windows,” he adds. “From every room you have a beautiful view outside down to the pond. It’s multilevel so from the third floor there is an outside deck. There is also a library, which I call a treehouse.”

From this “treehouse,” the homeowner says you can see spring and summer coming into bloom, along with migratory birds. 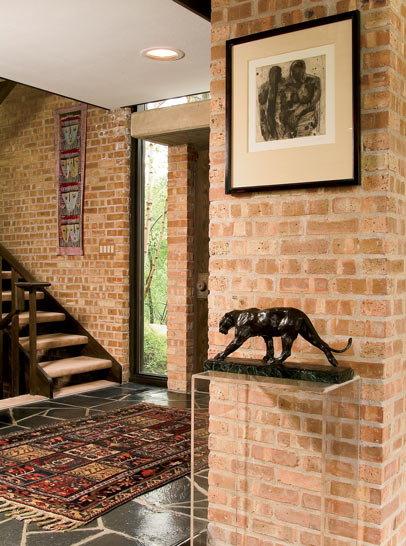 “It’s very quiet and very lovely,” says the homeowner. “I do hope that someone will find it and enjoy it the way we have.”