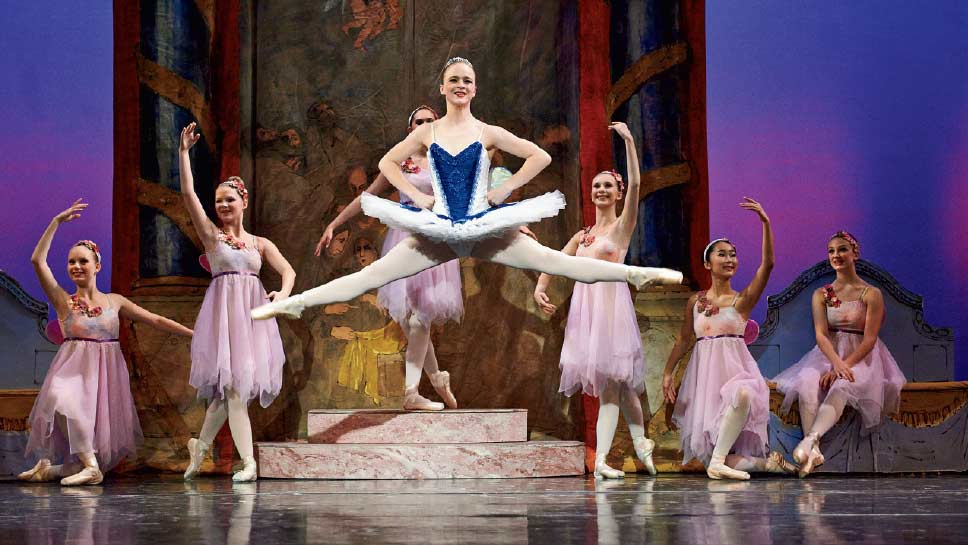 Resplendent in lacy white, Barrington ballerina Lucy Shannon bends down to tuck the ribbons of her pointe shoes in place, smooths her tutu, and then waits patiently while Mary Brennan crowns her head with a sparkling tiara.

“There!” says a beaming Brennan, artistic director of the Barrington Dance Ensemble (BDE). “The Sleeping Beauty’s enchanted fairy is now ready to go.”

Brennan has a lot to smile about. Despite the odds, the fledgling ballet company she founded in 1989, five years after she started the Barrington Dance Academy, has blossomed and grown. This year, it celebrates its 30th anniversary. 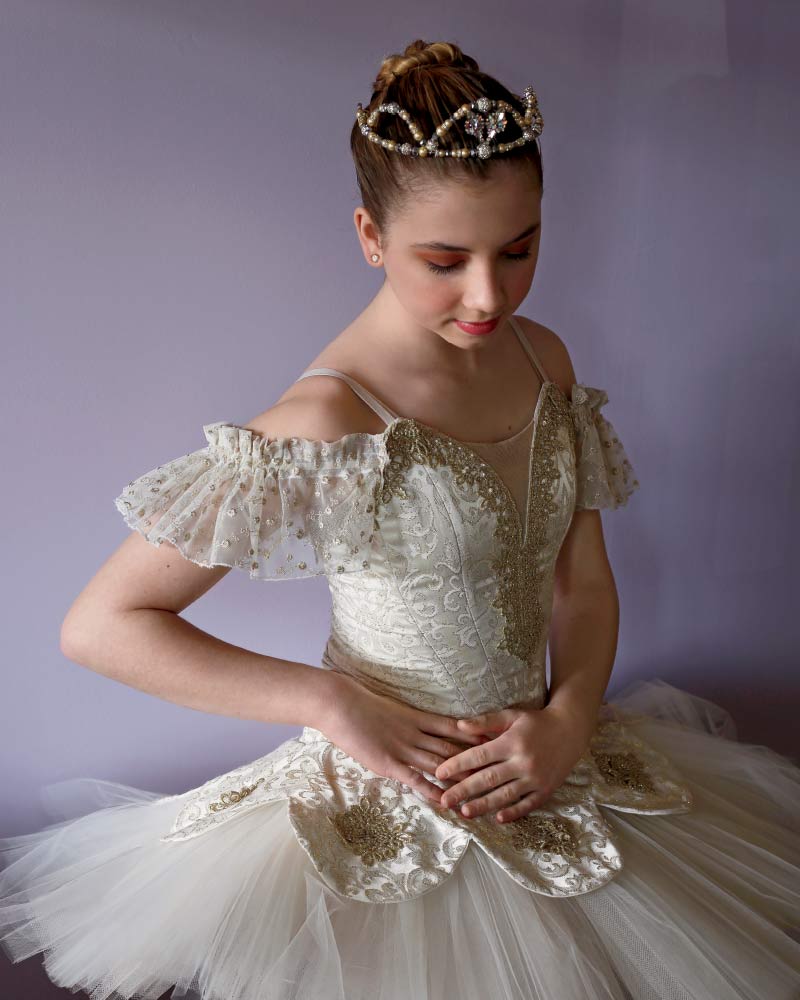 “Sleeping Beauty was the very first classic BDE staged thirty years ago,” says Brennan. “It just seemed fitting that celebrating where we have been, and all that we have become as a community arts organization, it had to be with a spectacular presentation of this ballet.”

BDE’s Sleeping Beauty will feature a storytelling narrator, and has been tailored to be accessible to young audience members, while keeping the drama of the classic story intact. Good and evil fairies, a young maiden cast into a hundred-year sleep, the charming prince who kisses her awake, and the glorious wedding finale full of fairytale character guests, will all dance their way across the stage. 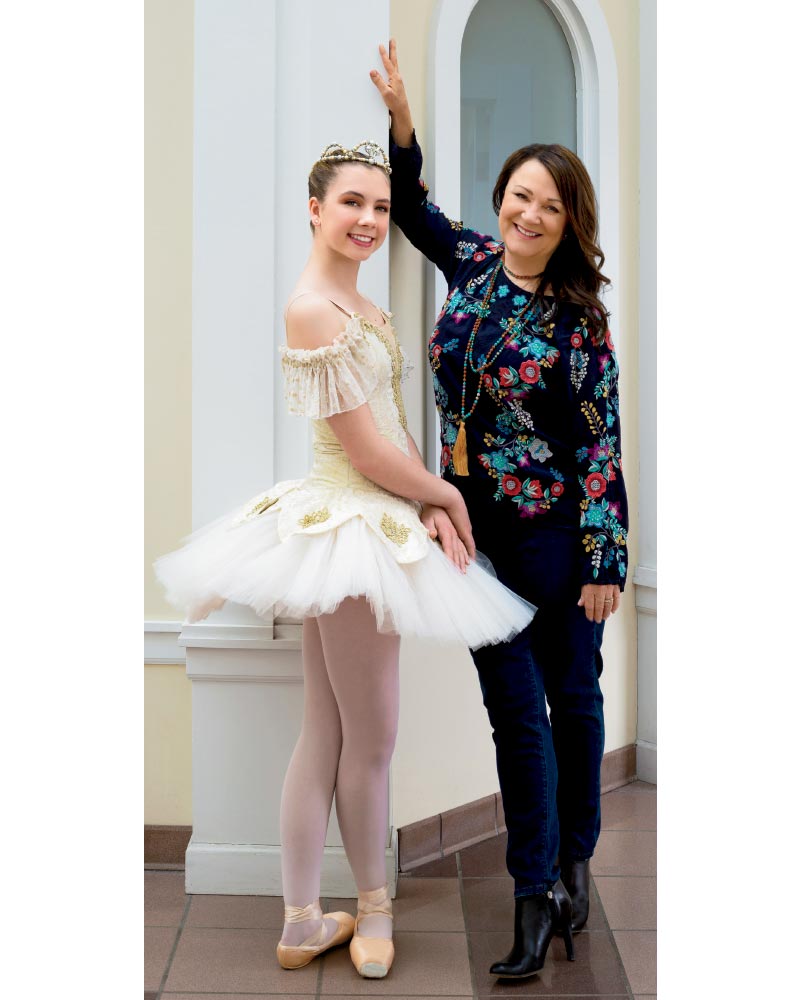 For Brennan, shaping this 30th anniversary production is both a celebratory and reflective moment.

“This is huge for me both personally, and for the company,” says Brennan. “Personally, I knew I wanted a career in dance from the time I was tiny, always twirling around the house with a scarf or costume until my mother enrolled me in a weekly dance class to save the furniture,” she laughs. “Ultimately, it was my love for teaching dance and the desire to create an exemplary local teaching environment for students—without the three-hour commute my mother and I had to endure—that prompted me to start the Barrington Dance Academy, and then BDE.”

BDE has come a long way since those first years, says Brennan.

“I will never forget our first mainstage production of the third act of Sleeping Beauty,” she recalls. “It was a leap of faith to take it on. We had no money at all, but as the work began, we received donated materials, rent-free space, and costumes sewn by a friend. Faculty, friends in theater production, and a handful or artists all dedicated themselves to making it happen. It was heartwarming to see dads working late into the night constructing sets. I have never been so worried and tired, but the excitement of working together with all of these wonderful people was irrepressible, and it all came together. I was so proud of the young dancers and their ability to execute the difficult choreography with such style.”

In the years since, BDE has gone on to produce a repertoire of works from one-act ballets to major works such as the three-act comedic ballet Coppelia. “As we grew, we were able to engage award winning choreographers and world-class guest artists,” adds Brennan. “But more than that, the impact of BDE grew to become multi-generational, with former company dancers raising the children who now perform in our productions. Other company members have gone on to become professional dancers returning to dance as guest artists, choreograph, or give master classes. Still others have served on our Board of Directors.” 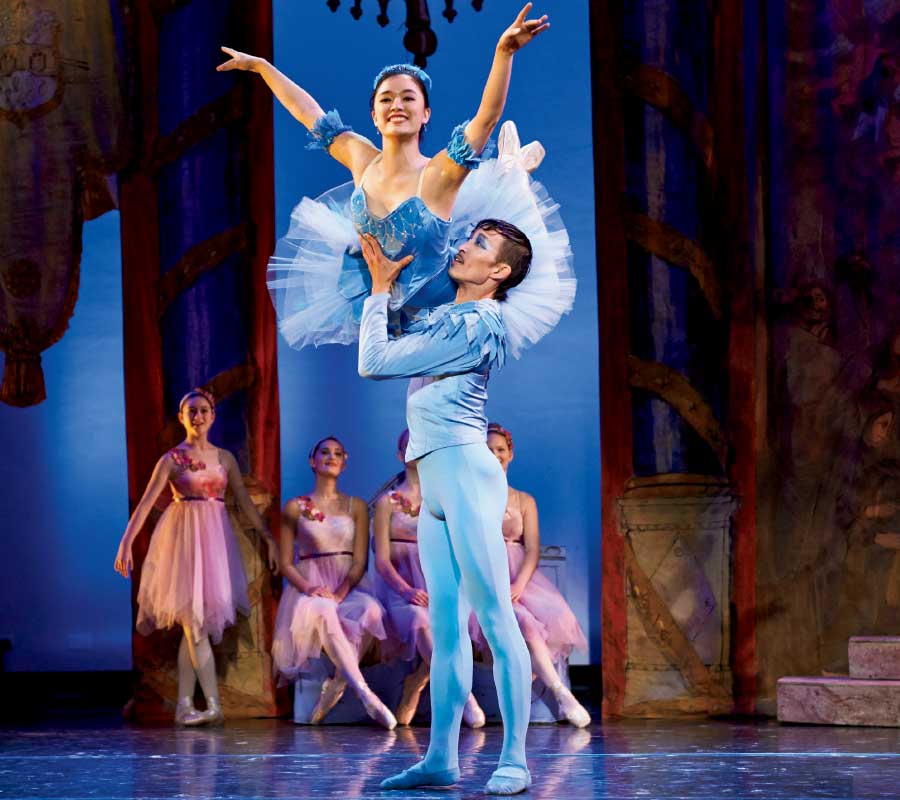 Princess Aurora and the Prince

The key to BDE’s success, says Brennan, has been the continued support of local organizations, foundations, businesses, and families who appreciate the academy’s dedication to high standards, and, the quality of the performances BDE puts on.

“Our Board of Directors and Auxiliary Board works year-round raising funds in support of the company’s ballets, which helps keep ticket prices low and allows us to provide free and discounted seating for seniors and children,” she says.

As well, BDE maintains three scholarship programs to support children in need, boys in dance, and career-bound students. BDE also has an outreach program to bring dance to grade-school and preschool children free of charge.

As BDE comes full circle with its pearl anniversary production of Sleeping Beauty, the dance company is poised to dance its way through another 30 years and beyond.

BDE’s Sleeping Beauty will take place Friday, June 14th at 7 p.m. and Saturday, June 15th at 2 p.m. with a performance by Barrington’s Children’s Choir prior to each Show. For tickets call 847-382-6333, or visit baringtondance.org.