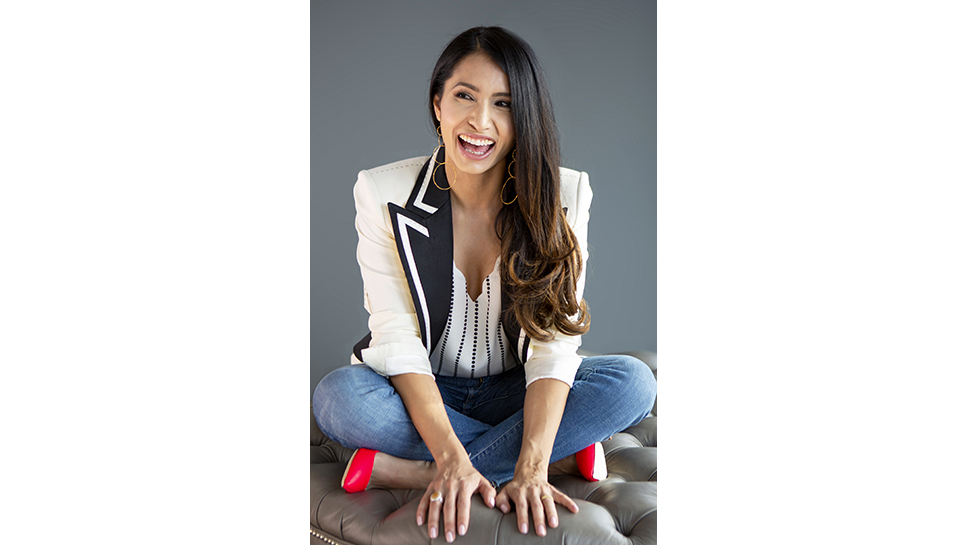 Barrington-based comedienne and comedy show producer Aliyah Kizilbash stands in front of the crowd. Her long black hair swings. Spotlights flash on her broad, white smile. And then Kizilbash launches into her routine.

“I’m really excited to be here tonight,” she says. “Because you know, I applied to appear on the next season of The Bachelor! Yes! I think I would be so great on that show!” The routine builds to the news that Kizilbash’s pitch to appear on The Bachelor was ultimately rejected when her husband answered the phone on the call back.

“But I still think I’d be really good on The Bachelor,” she says. “Because I have a lot of experience with marrying people I just met. That’s right, me and my husband had an arranged marriage.”

For Kizilbash, born and raised in New York to Pakistani/Iranian parents, jokes around what could be a touchy subject for some, are a natural.

“As a comedian, you have to talk about things that have happened, or are happening in your life, because you know them best and you have to be authentic,” she says. “I’m a mom. I’m obsessed with fashion. And I also happen to have had an arranged marriage. When you tell jokes they really do need to be based on what you know.”

But telling those jokes on the comedy circuit, Kizilbash realized something: Despite the melting pot of cultures that is America, cultural understanding can still be very narrow.

“People want to laugh, but it’s almost like they’re waiting for permission, like, “Is this OK? Is this really OK to laugh about?” What I’ve learned is that comedy really is a great way to build connections, to culturally enlighten, to laugh, and to bridge the gap in understanding all at the same time.” 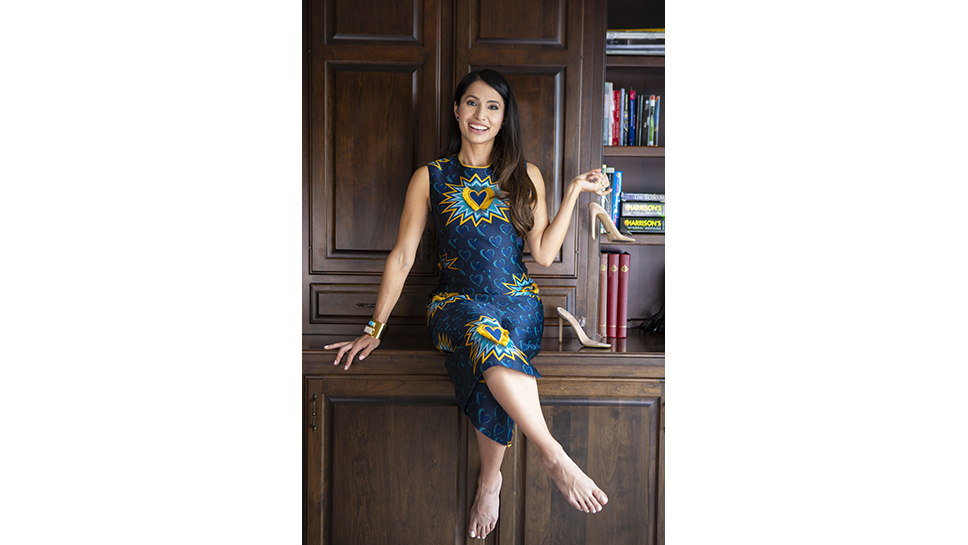 Doing stand-up, Kizilbash met more and more comedians from a wide variety of cultural and ethnic backgrounds. “Africa, Puerto Rico, India, the American South … and a light sort of went on for me that, in each instance, the jokes were very funny. And in spite of cultural unfamiliarity, people loved hearing comedy from all of these very different places. So, why not band together and promote that?”

And so was born Box of Crayons, the global comedy show and stand-up comedy production company Kizilbash launched last year. Working with a rotating group of internationally-known comics, Box of Crayons creates a platform for all audiences to have access to global comedians and to create a culture of understanding, empathy, and acceptance.

“We’ll be featuring seasoned comedians that have been in the business for years, and also, giving exposure to emerging new talents,” Kizilbash explains. “We will be catering to the general public, but through cultural societies, making diverse viewpoints accessible in a way that can impart understanding, acceptance, and laughter.”

Recent Box of Crayons shows in the Chicago area included one at Laugh Out Loud Theater in Schaumburg in March. Another show at the same venue happens April 14. After that, Box of Crayons will be touring to the San Francisco Bay area, New York, and Houston. 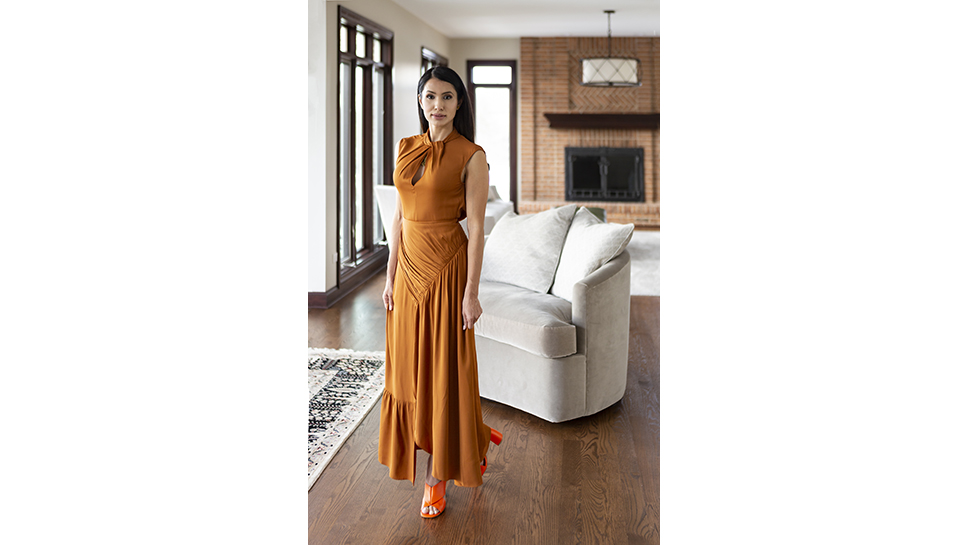 “We are touring with the show because there’s a lot of demand, in this climate, for just what we are doing,” says Kizilbash. “Cultural societies all around the country have been reaching out to us because they want to foster inclusion, and comedy is a great way to do it.”

For Kizilbash personally, the road that led to comedy was an unlikely one. From the time she was tiny, she was entirely focused on becoming a doctor. “Yes,” she laughs, “Even in preschool, I would go around giving the other kids medical advice—and authoritatively, I might add.”

When her future husband—then a medical student and now a cardiologist—showed up just after her high school graduation, “He was just too good to pass up,” says Kizilbash, “Charming, kind, smart, handsome … all of it.”

What was more challenging for Kizilbash? As a pre-med student on her way to medical school, she became pregnant. “And it was right at the same time my husband was headed to his residency out of state.”

Ultimately, she bypassed medical school in favor of keeping the family unit in one place. “It turned out to be a very good choice,” says Kizilbash, who now has three children.

The decision to start taking stand-up comedy classes at The Second City, once the kids were out of diapers, was serendipitous.

“I had been reading The 5 Second Rule by Mel Robbins,” Kizilbash explains. “This is a book that puts forward the idea that your mind comes up with a lot of great ideas that another part of the brain quickly quashes. But, according to Robbins, if you count down from five, that blocks the mind from short circuiting the great ideas. So, I was looking at stand-up comedy classes on The Second City website and thought, “I really want to do this!” Counting down from five on that impulse, gave me just enough time to click on the ‘pay now’ option for the first class. It was the best decision I’ve ever made!”

That first class, says Kizilbash, was nerve-wracking because, “You’re so vulnerable. What you think is funny, others might not think is funny, and you get your validation from the laughter.”

But after doing countless shows and open mics, Kizilbash says her fears dissipated.

“I love stand-up—both doing it, and now, producing it. Laugher is so healing. It enables people to let down their guard. And ultimately? It unites us.”