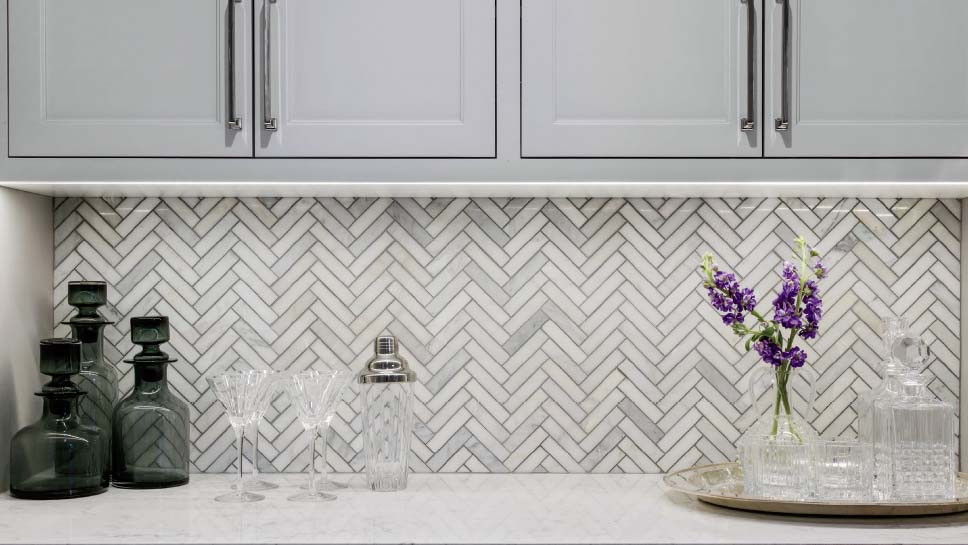 A dated Lake Barrington home is transformed with a dose of glam and soothing hues of gray.

Forget reality TV decorating shows. What happened in Lake Barrington with the owner of a dated property and Chicago designer Rae Duncan is a real-life success story that almost any homeowner can relate to.

Faced with dreary bathrooms and a dysfunctional kitchen from the end of the last century, a newly divorced homeowner turned to the internet to find the right designer to transform her Barrington home. She found Duncan on Houzz and selected the designer for her modern aesthetic and urban vibe. 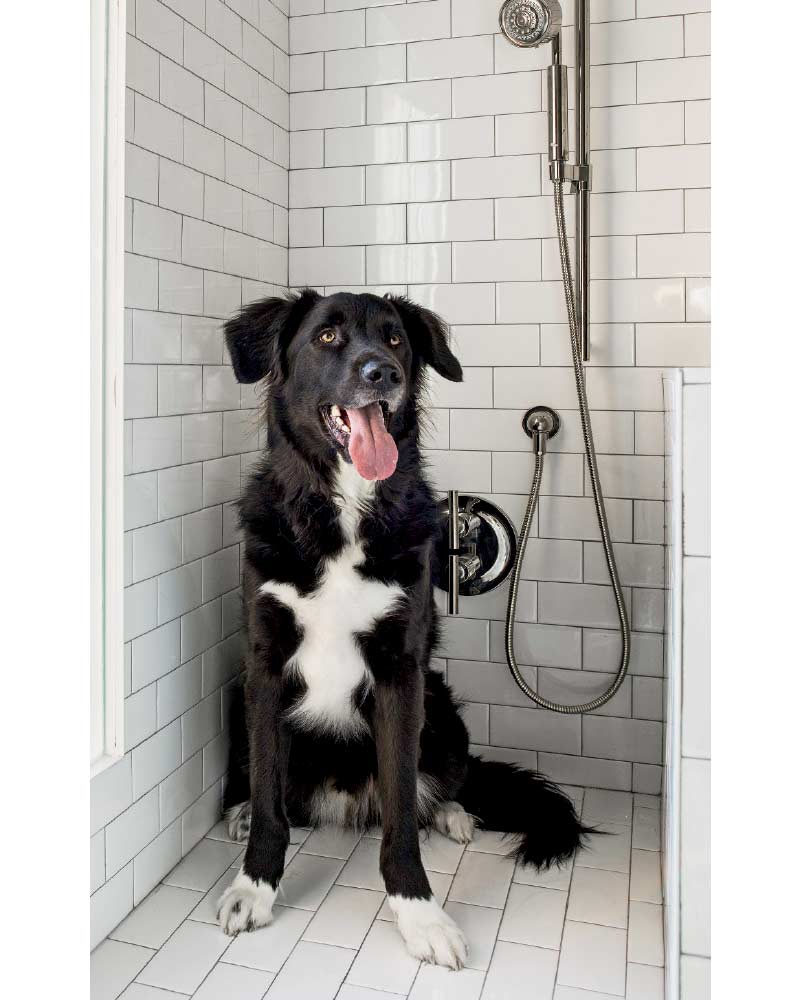 “They were really creative, says the homeowner, a working professional with two of her four children still living at home. “The kitchen is a lot different than what it was when I bought the house. I didn’t get it for a while, what was happening with the kitchen, but it’s nice. I like it. I think they had a better vision than I did and pulled everything together.” 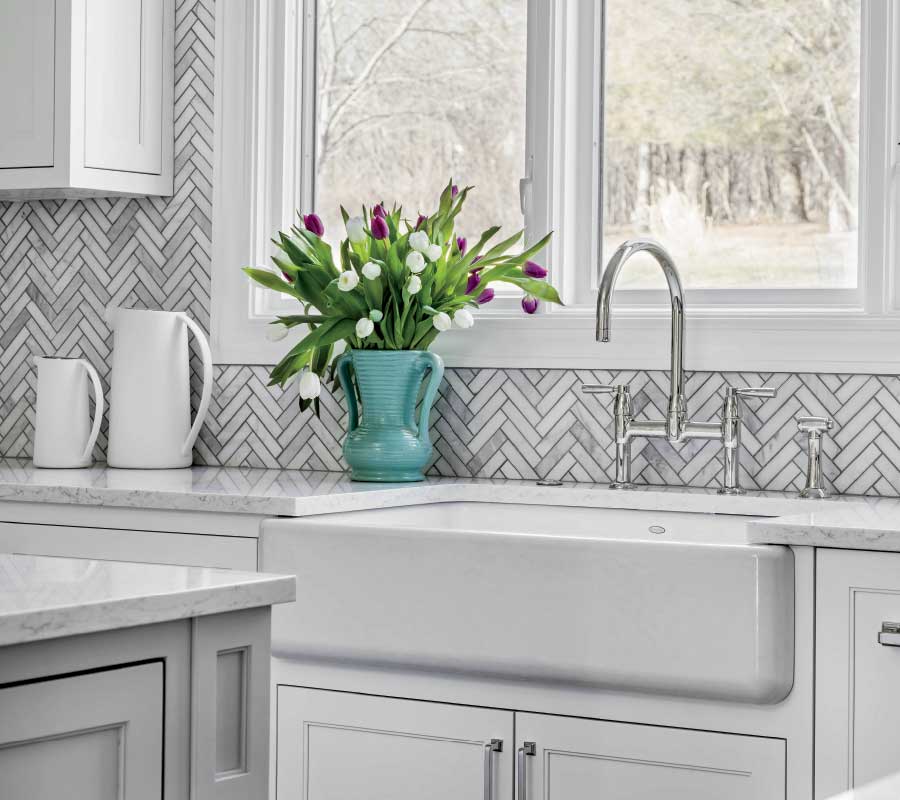 Duncan says that she and her team were inspired by many things, including the client’s taste and aesthetics. “We take these tastes and try to complement them with our own aesthetic,” she explains, adding: “We really enjoy very drastic makeovers like this one. Making an outdated home look contemporary and beautiful is very fun, especially with such an open-minded client.”

Almost every room in the house got a facelift as part of this makeover, including an area devoted to the family dog.

“The scope was the entire home, including all bedrooms and public spaces,” says Duncan. “The only area we did not do was the basement. The homeowner saw the potential in this space and her primary goal was to create a beautiful and impressive home for herself and her four children. And, yes, there is a dog shower!” 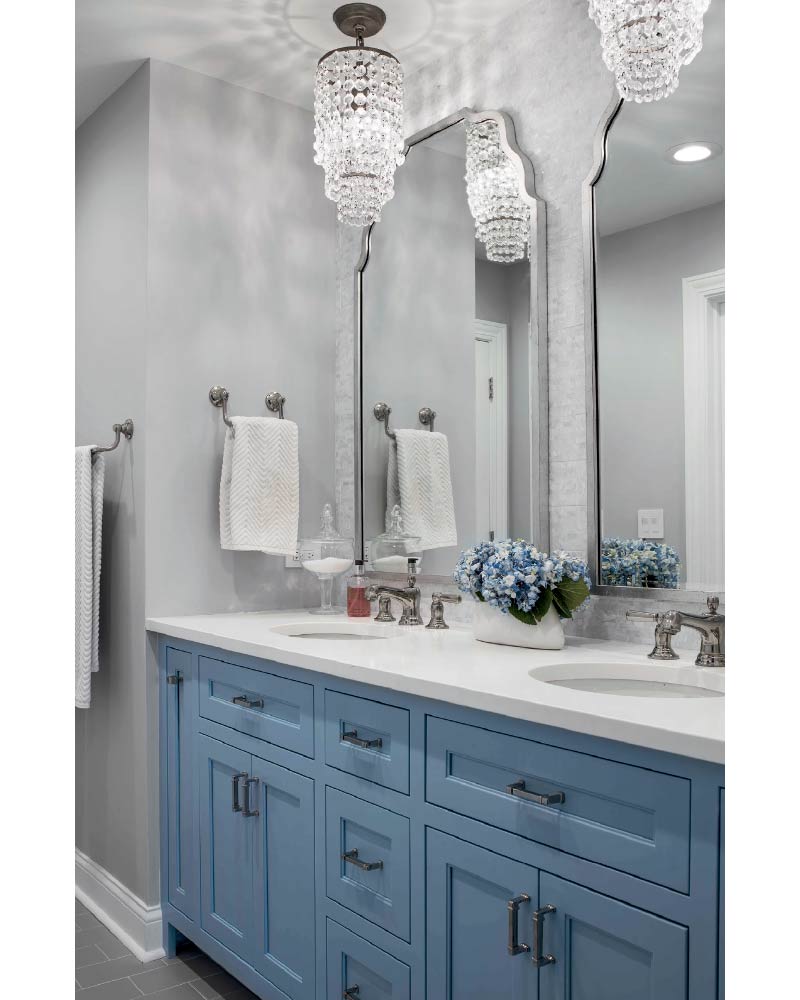 The homeowner says she wanted the reinvented version of her two-story home to be a relaxing, peaceful, calming place. “I wanted it to be a retreat,” she explains. “The house has several entertaining spaces so I wanted the kitchen to be more conducive to everyone being together.”

Duncan says she loves how the kitchen and bathrooms ended up. “I think they look exquisite and cohesive in the home, but making rooms and a ‘girl pad’ for her two teenage daughters was fabulous,” she adds. “The client really let us run with our ideas. This project was just fun. Probably the first time we’ve been able to make a dog shower too!”

The result of this project is a testament to the power of good design. 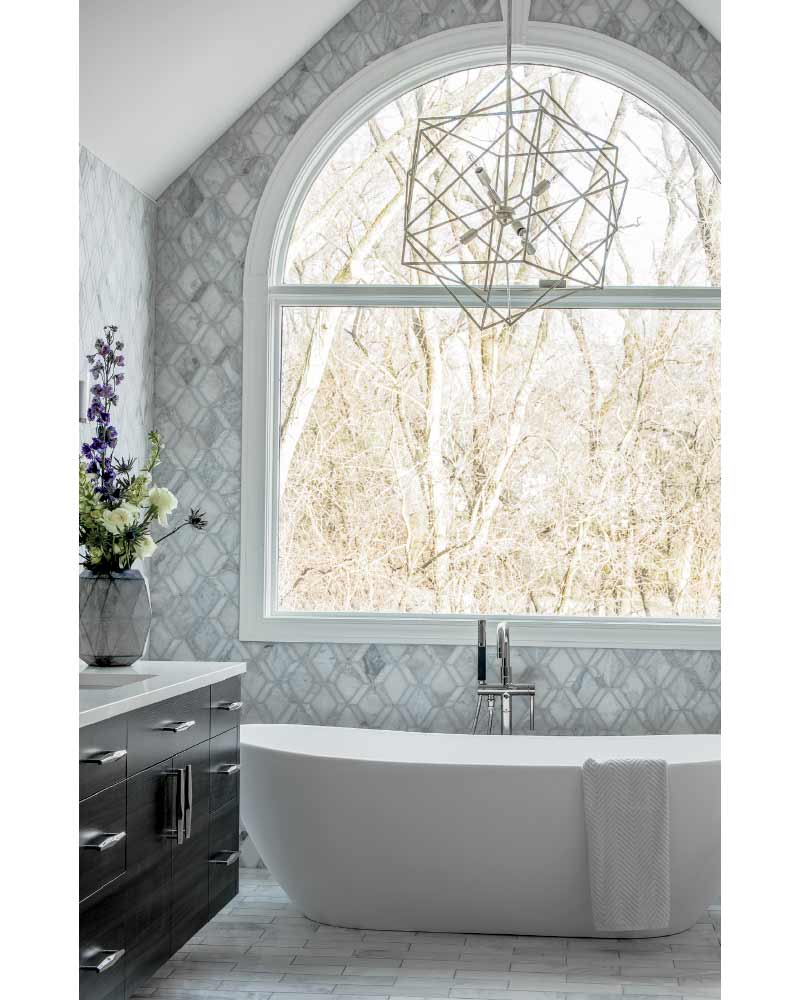 “I think this project shows how drastically we can transform a property,” says Duncan. “It personifies our style because while we take in a client’s taste, we don’t ever do anything we don’t personally like. There is a lot of problem solving that goes into every project. With this one, there were areas of the home that had no use or function and we had to envision uses for these spaces and then create them. I think the client ended up with a much more functional space and one that will be beautiful for them and to any visitors for years to come.”

The homeowner says one thing she loves about the project is that it has created a blank canvas for new memories to be made, for herself and her children.

Alissa Johnson, who worked with Duncan on the makeover, says her favorite part was creating two islands in the kitchen. 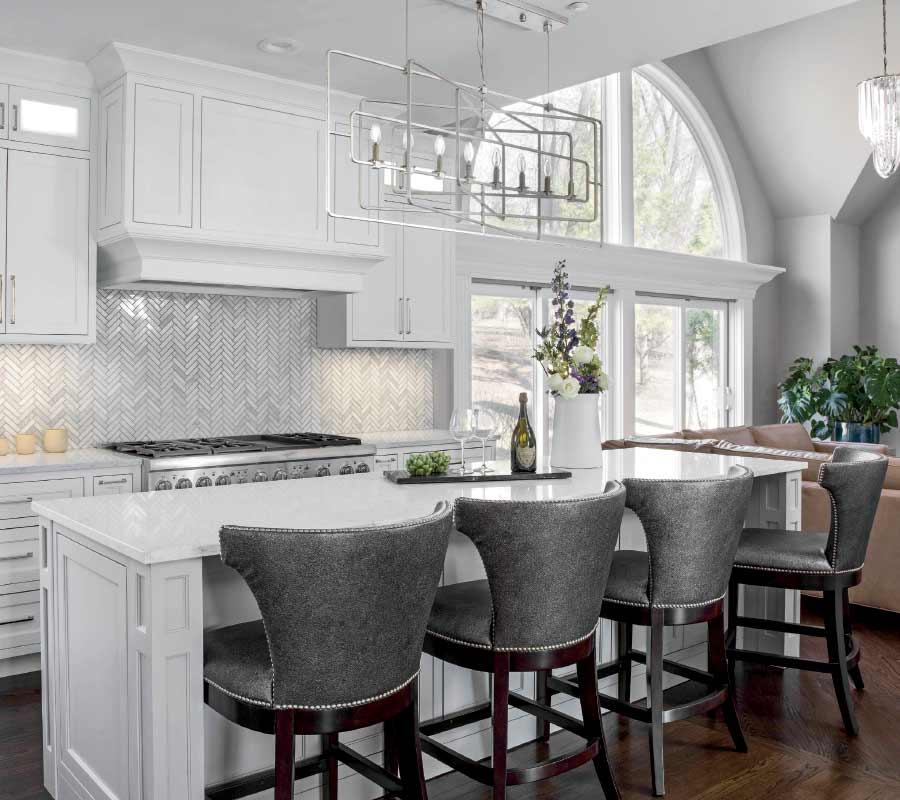 “The original kitchen layout to the living room was closed off by this awkward wall so we knocked that down and expanded the kitchen with the two islands,” she says. “They are extremely functional and perfect for a large family.”

The end result is that the homeowner says her children love their new home, and what it represents for all of them.

“Rae Duncan really listened to us and heard our requests,” she adds. “It was a very positive experience.”