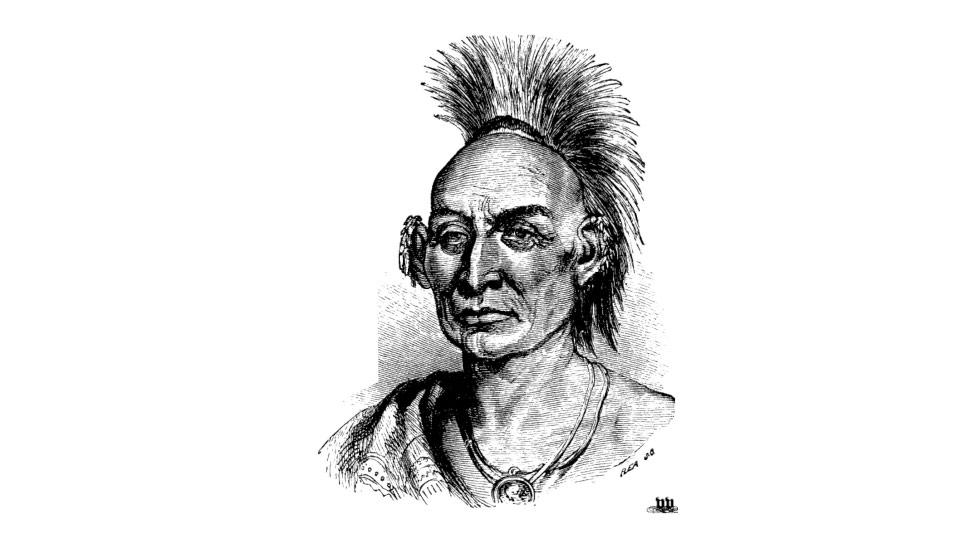 We dig into the history of a fabled Sauk war chief and the conflict that saw the end to his era.

Look closely into the eyes of an Illinois man dead 181 years to see into his melancholy. There is righteous sadness and a dash of puzzlement there that the artist of his last portrait in oil chose not to hide.

His reputation in death has been redeemed and reshaped in the books of history—oddly so—in a way he could never have understood. He once was the villainous savage feared by the frontier, but history often reconsiders and rehabilitates different victims in different centuries.

He was Black Hawk, war chief of the Sauk tribe that fought the “new” Americans. He was an “old” American—a leader, fierce warrior, failed peacemaker, father, husband, and shaman. He did not want his nation or culture assimilated but rather for he and his people to share the land they called theirs.

Unfortunately, that was in opposition to the new settlers, who wanted it all.

That conflict, repeated often in the nation’s youth, outlined what a strange, compelling man Black Hawk was. How we do admire lost causes. But he lost before he ever began because the irreconcilable forces of history and intolerance were all against him.

If you drive north up Illinois 12 through Palatine into Lake County, look west over the hills toward Barrington, and all the towns between the Big Muddy, and what the road once was: a wing of the Sauk Trail. This was Black Hawk’s land until 1804 when a strange treaty—one piece of paper—took it all away.

He walked that land most of his life. He was a man of the forests. The Illinois you know today did not exist then.

The oldest tales from Barrington tell of curious Native Americans peering into the windows of frontier log cabins in the area. Not warring. Not threatening. Just curious. There is no evidence the gawkers were anybody other than Black Hawk’s Sauk hunters out seeking venison and waterfowl.

After all, this was their land, though Sauks and the allied Fox tribe did not understand private land ownership as did frontier settlers. To the Sauks, using the land gave the tribe permanent dominion over it. The fight over these lands led to bloodshed.

Black Hawk did not go easily.

But in 1833 the bloody but brief Black Hawk War ended the warrior’s dreams. Historians dismiss the five-month conflict as “not much of a war,” though the last Indian war east of the Mississippi was brutal and mostly unnecessary. 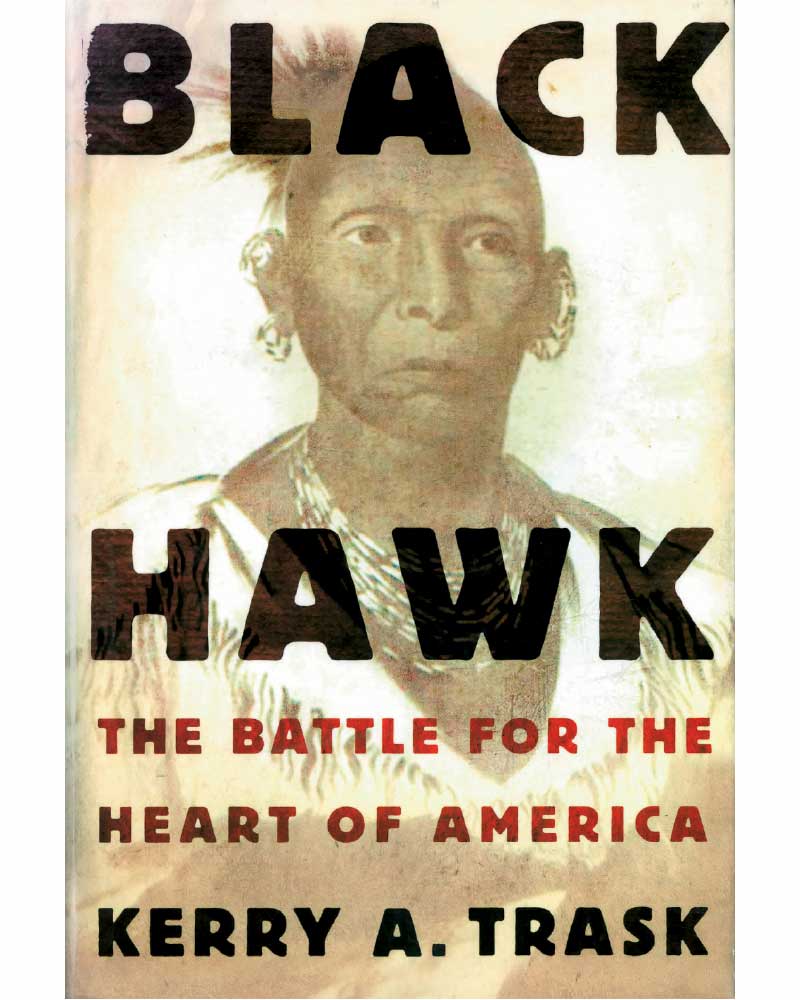 Black Hawk—an Anglo translation though his real name was Ma-ka-tai-me-she-kia-kiak—never understood American motives. He favored the British, and they him. He fought for them in the War of 1812 because, as famed Illinois State Historical Society author Herbert S. Channick wrote: “Black Hawk thought that the ‘British promise little but deliver it all; Americans promise much and deliver nothing’.”

The fact that historians appreciate Black Hawk’s mind is largely because he sat with two non-native friends, and dictated his life story. The untutored but self-reflective autobiography is among the most revered documents of that Illinois era.

In late 1804, noted Indian antagonist and territorial administrator William Henry Harrison of Indiana negotiated a dubious treaty with the Sauk and Fox tribes, persuading them to exchange 50 million acres for an annual payment of $1,000 in goods. It was a terrible deal, and Black Hawk was never consulted, nor did he ever acknowledge the deal’s validity.

In his book Mister Jefferson’s Hammer, Wichita State history professor Robert M. Owens reveals that Jefferson penned secret letters to Harrison on how to dupe the tribes. “We presume that our strength, and their weakness, is now so visible that they must see we have only to shut our hand to crush them,” Jefferson wrote.

Black Hawk believed, according to his autobiography, that he was a man of honor whose warriors never killed a frontier woman or child. A man who never violated a handshake. The Black Hawk War began when he took his entire tribe across the Mississippi to Illinois to plant corn in the land he’d been forced to leave. They were starving in Iowa.

Three times Black Hawk sent emissaries under a white flag to seek peace. Each time they were shot dead or chased. Killing “savages” was politically popular on the western frontier.

A Winnebago tribal interpreter aboard an Army-manned Mississippi steamboat deliberately ignored a white flag and claimed Black Hawk wanted no truce. The steamboat’s cannon fired of the remnants of Black Hawk’s fleeing band, and most were killed.

The 100 women and children who made it across were captured (and murdered) by Sioux, operating under federal contract.

And thus, modern Illinois was born.

Black Hawk surrendered, but he never forgave the Americans. To the end, he seemed more sad than bitter. On October 3, 1838, he died at age 72.

Three years after Black Hawk went, as he foretold “called to meet my Spirit Father,” the pro-slavery Harrison was elected president, his consuming ambition. He delivered a two-
hour, 8,445-word inaugural speech in a driving rain storm without his hat, coat, or gloves, caught what is believed to be pneumonia and died 32 days later.