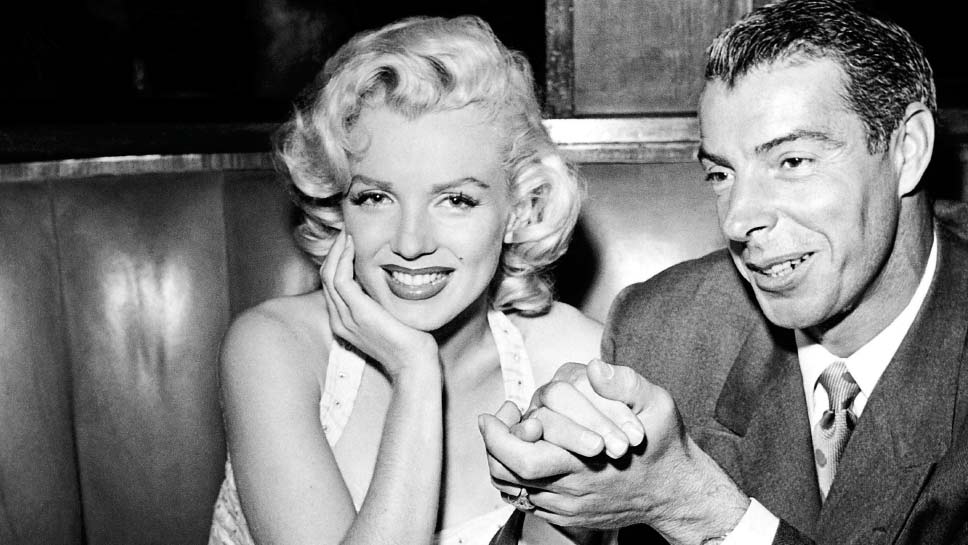 Did Marilyn Monroe hang out at the elusive Lake Zurich Golf Club course as her beloved Joe DiMaggio played with his pal Leo Burnett more than 60 years ago? Several sources say it happened, and there’s a pink bench to prove it.

Even on 70 acres of enchantment, and towering tales that turn out to be true, there are some days that glitter with refined magic for this column we call The Vault. That intermittently happens at the Lake Zurich Golf Club.

Take one summer afternoon in 1954, for example. It is history … and maybe even a little bit magic, as if Brigadoon had a branch campus in northern Illinois.

On that day of days, the Yankee Clipper and his one true love—the Most Beautiful Girl in the Whole World—came to this small, reclusive way station of Brigadoon, which turns out not to be Scottish folklore at all. It’s on the northern bank of an old lake just east of Highway 12, four miles from Barrington.

It hides in plain view as did Brigadoon’s mythic refuge from the world, and obvious only in the way that pixies are in plain view. No GPS device will take you there. Guests arrive only by carefully arranged invitation or maybe by magical accident. 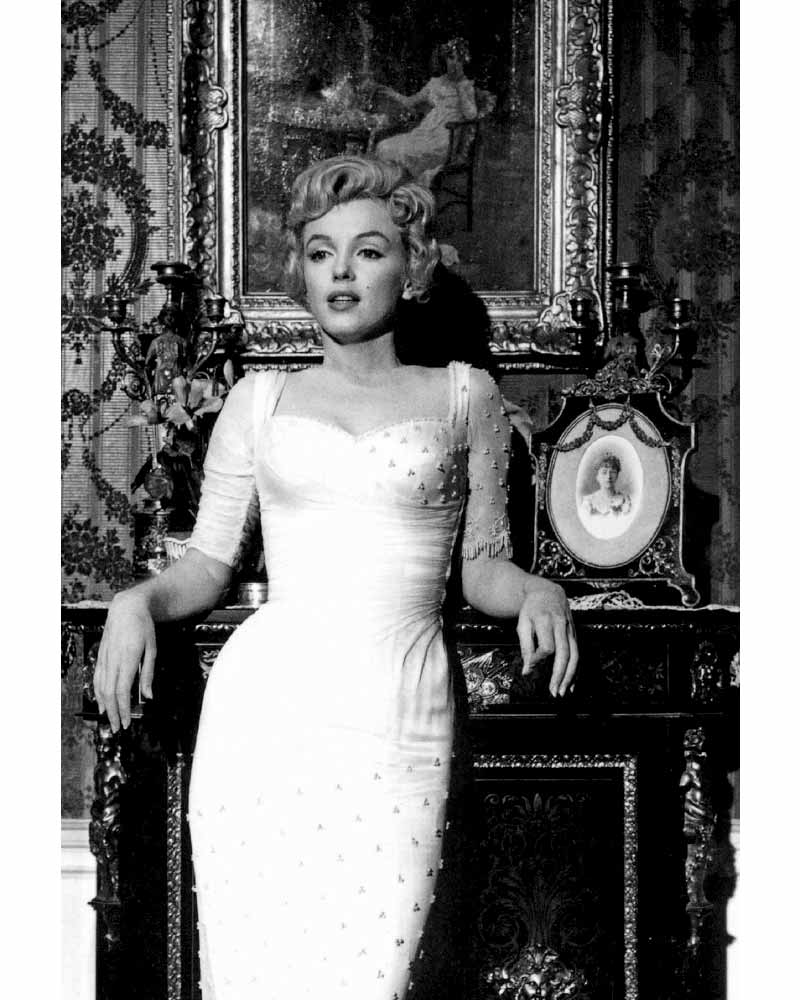 Even superstars must be invited. He was Joe DiMaggio, one of the greatest baseball Yankees of all time, and she was Marilyn Monroe. They were deeply, tragically, obsessively in love, but their devotion was a consuming blaze that burned so fiercely that it could not last.

So the happiest of their 274 married days from January to October in 1954—then an angry divorce—might well have been that afternoon in Lake Zurich’s hidden glen. Even the famous crave the solitude of sanctuary.

Legend offers eternal joy in Brigadoon, but only if you never leave it. That’s the rule. Joe and Marilyn spent the day, but only one. The son of immigrant poverty, he craved the privacy that his constant quest for money couldn’t buy, and she desperately needed fame and adulation. They came to rest, and share a summer day being in love. But the world yanked them back. Too bad.

They arrived at the invitation of Leo Burnett, club president and preeminent advertising genius of his time. Time magazine named him one of the 100 most influential people of the 20th century. His empire is now a worldwide leviathan, built on inventing Tony The Tiger, the Jolly Green Giant, and the Marlboro Man. He lived down the road on the Burnett Farm, which was mythic in its own sphere. 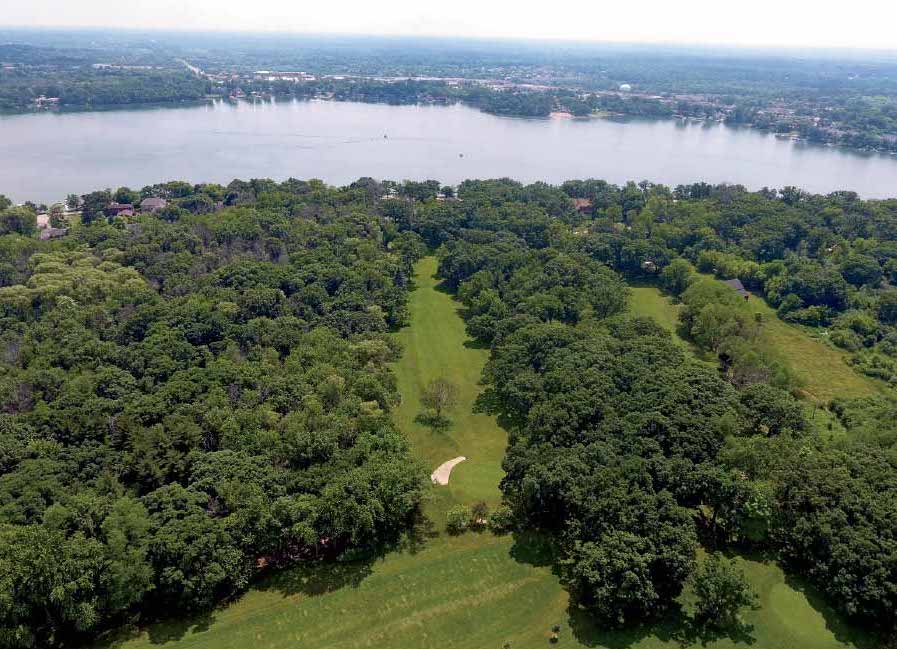 As Leo and Joe played the 2,800-yard course, Marilyn observed their progress from a park bench on the tee at hole No. 8. It was a perfect perch from which to survey the rolling countryside. It was quiet. No one bothered her.

Joe, retired for three years, was intense at everything athletic—even casual games of golf with business colleagues—but he often looked up during his round to see where she was. And he would wave to her behind his wide toothy smile, and the Astounding Blonde Movie Goddess would wave back the way young lovers do.

Marilyn’s park bench sits now where it was in 1954. Club members painted it pink in her honor. It’s always repainted that shade to keep it worthy of her return. That should be the summer of 2054 if Brigadoon On The Lake holds true.

By now, you will have realized there is nothing plebeian about LZGC, and even its name is delicately deceptive. It does not belong to the village of Lake Zurich or Lake Zurich residents, and guards itself against civic intrusions. It is a cul de sac in the space/time continuum, and not a casual playground for the hoi polloi.

It was built as a male refuge, specifically for powerful titans of Chicago industry, science, and academia who invented it in 1895. Spouses were allowed access in 1946. There are never more than 40 members, and they’re usually millionaires or merely famous like the Chicago architect, Daniel Burnham. When one dies, contenders scramble for his spot. 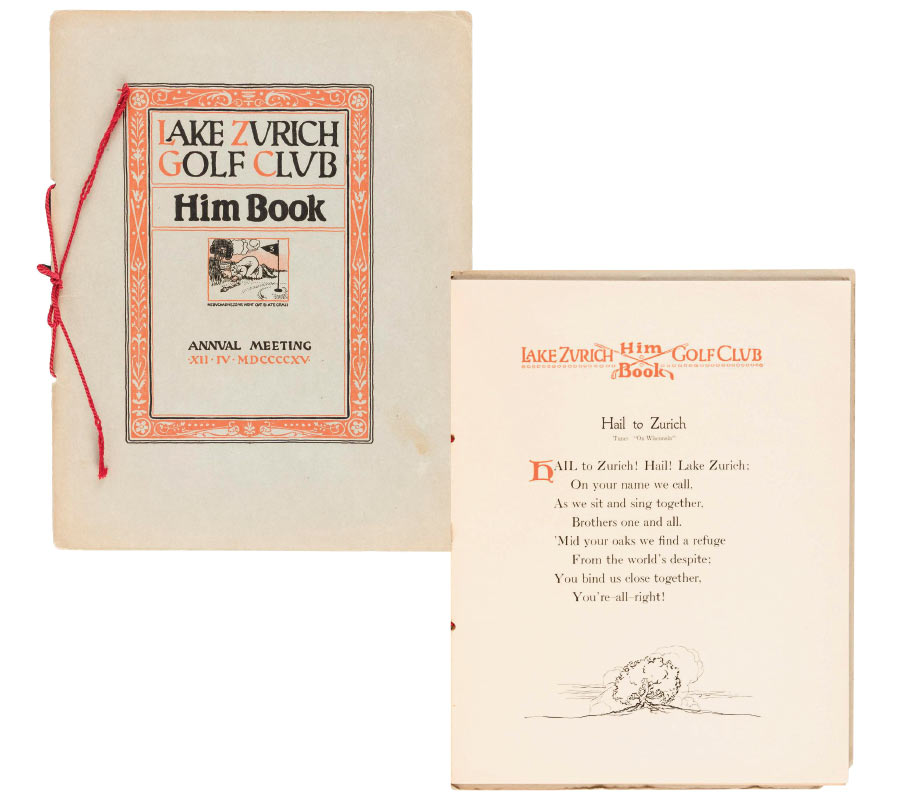 You cannot see the course from the road, only the large rambling lodge that guards it. The club once employed a herd of sheep to cut the fairways, though the course has not been changed an inch since 1894.

Brigadoon does not change. That’s the rule.But mostly, the front (and only) nine holes seem a golf course in the way Paul Bunyan is a woodworker. Dictionary definitions don’t quite cover variables.

Though the members are, by definition, serious, the rules of LZCG are not, except for secrecy.

Ask for directions? “Not supposed to say,” says a villager.

Even the golf rules employed there are Brigadoonish. For example:

• “There shall be no such thing as a lost ball. The missing ball will eventually be found and pocketed by some other player, in which case it becomes a stolen ball. There is no penalty for a stolen ball.”

• “If a putt stops close enough to the cup to inspire such comments as, ‘You could blow it in,’ you may blow it in. The rule does not apply if the ball is more than three inches from the hole. We have no wish to make a travesty of the game.”

• “A ball hitting a tree shall be deemed not to have hit a tree. Hitting a tree is incontrovertibly bad luck, a phenomenon which obviously has no place in a scientific game. The player should estimate the distance the ball would have traveled under reasonable circumstances, and play the ball from that point, preferably from a nice firm tuft of grass.”

That sort of explains Lathrop Washington, Terrence O’Brien, Irving Cohen, and Jackson Washington Johnson. In 1914, club founder Charles Wood thwarted a railroad attempt at seizing club land for right of way by eminent domain with the help of those four.

As befitting legends for this column, they didn’t mind because they were dead at the time.

Two physician club members from Chicago were enlisted to transport the four cadavers from the Rush Hospital Medical School to the club. The ride north must have been quiet. They were buried together on the course, with tasteful tombstones. The club’s land was briskly rezoned as a “cemetery,” and thus exempt from seizure.

They’re still there, we have confirmed. The bodies have since been relocated on the property to shield them from vandals. The four need never rediscover Brigadoon’s serenity. It’s theirs forever. That’s the Brigadoon immutable rule.

Unlike Joe and Marilyn, they never left.