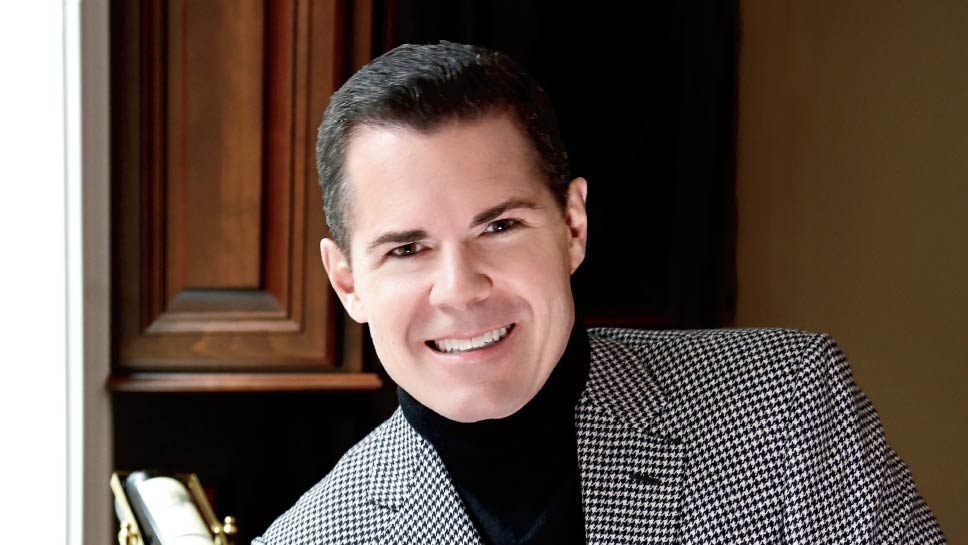 On a recent fall Saturday afternoon, Louis Amoroso is a tangle of little girls and one, tiny teacup pup named Coco. Home in Lake Forest between trips for his burgeoning business, DRINKS.com, the co-founder and chief operating officer for the Los-Angeles-based e-commerce wine concept is wrangling a lot.

The girls, Gigi and Eva, usually busy with typical little girl pursuits of dancing, singing, and drawing, are more interested today in doing what they can to “help daddy” with his interview and photo shoot. The phone keeps buzzing with client calls. Gigi, in burgundy velvet, is building her best case to convince everyone that she should be on the cover of this magazine. And Coco believes all eight inches of herself to be a loudly-barking watch dog. But in the midst of the chaos, hot off the heels of a $15 million series B fundraising round for his company, Amoroso, couldn’t be happier.

Born in Pittsburgh, Amoroso moved to Barrington with his family when he was in third grade. “My dad was the consummate chef and entertainer,” Amoroso recalls. “Always making his own pasta, sausage, prosciutto, and of course, wine. On the weekends, I would help him make everything, and the neighbors would come over to learn too, but really to drink the red wine.”

Good memories of all that, and the wine cellar he helped his dad build when Amoroso was in high school, all led the way to the career path that would eventually come. As a young Depauw University graduate, Amoroso went to work for Andersen Consulting.

“But I really didn’t like the hierarchical rise-to-the-top model, and I wanted to do something entrepreneurial,” he says. “So I got together with my friend Todd Holmes. We’d grown up together … he lived three houses down from me … and started first Beer Across America, which grew very quickly and led us to start International Wine Cellars, both under the umbrella of Beverage Solutions.”

Within short order, investment bankers called and introduced the duo to John Hall who was running a brewpub called Goose Island.

“The hope was that the three of us would buy a local brewery, Pavichevich Brewing, to build a beer company,” Amoroso explains. 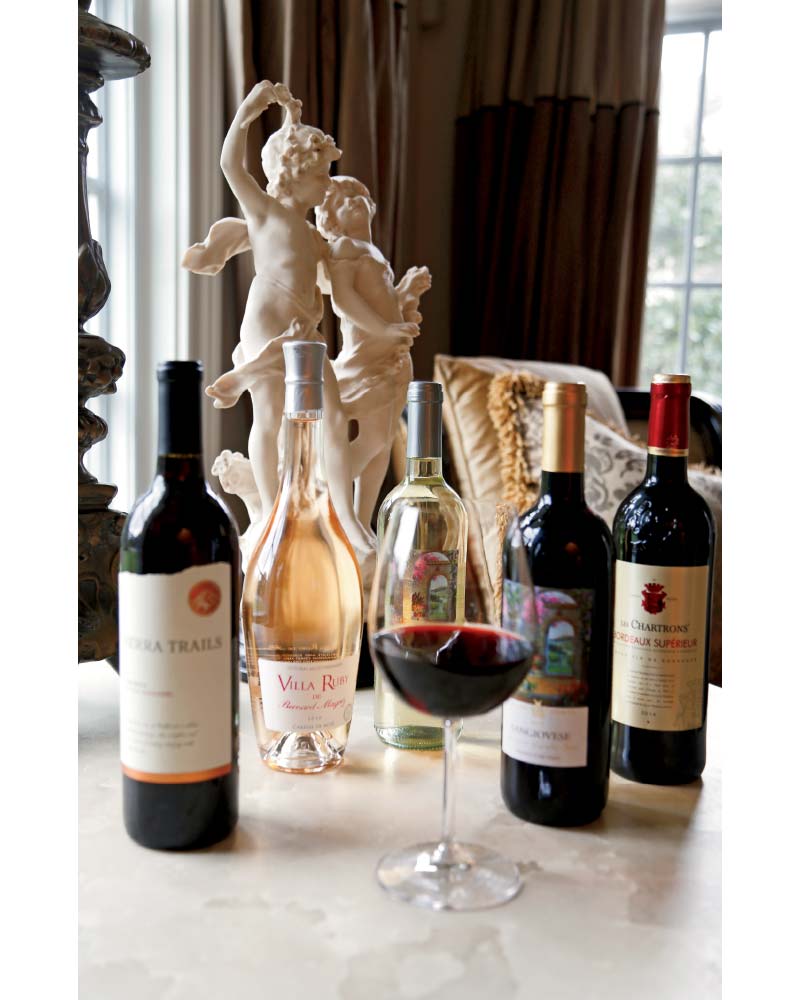 “Buying wine online is now just as easy, and even more fun, than ordering a new pair of headphones.”

Although the team ended up passing on that deal, they decided to do a project from scratch and built Goose Island Beer Co., eventually rolling the brewpub into the brewery and building another brewpub in Wrigleyville. Both the beer and wine companies boomed, prompting the partners to sell Goose Island to InBev, and Beverage Solutions to UK-based Direct Wines, the largest direct-to-consumer wine company in the world.

But during the seven-year non-compete that was part of the deal with Direct Wines, Amoroso did a lot of thinking about the traditional way wine was sold.

“I just believed there was a better, more consumer-friendly way to do this,” he says.

Having met future partners Zac Brandenberg, Barry Collier, and Josiah Gordon—who were behind a performance-based ad network called Hydra, a more than $100 million digital ad platform and the agency of record for Beverage Solutions—Amoroso decided to move forward that better model of selling wine online.

Amoroso and his partners had watched the meteoric rise of e-commerce for thousands of retail products, and thought it strange that it was still impossible to buy a few bottles of wine online without having to join a club or pay exorbitant prices.

“Buying wine should be a simple quick and fun experience,” says Amoroso. “Our entire goal at DRINKS has been to make it so, by transforming the wine buying experience for the better. Instead of having to browse an overwhelming line of bottles at a store, where there are high mark-ups and more money is spent on marketing than on the wine in the bottle, DRINKS allows people to shop online for better wines at lower prices.”

Founded in 2013, DRINKS facilitates online wine purchases two ways: One, with direct-to-consumer sales, and two, with its platform business.

On the direct-to-consumer side, DRINKS owns and operates two sites: Wine Insiders (wineinsiders.com) and Martha Stewart Wine Co. (marthstewartwine.com) allowing customers to shop for wine online and have it delivered to their doorstep, office, or one of 11,000 pickup locations, within days.

On the platform business side, for clients such as Boxed (boxed.com) and now Thrive Market (thrivemarket.com), “DRINKS provides the software and support platform that allows these companies to market wine online,” explains Amoroso. “These clients work with our team to identify the products that fit their concepts, and they market those products while we take care of everything else—from legal compliance to inventory to fulfillment.”

On top of the conveniences of not having to hunt and peck at the store and not having to schlepp all those bottles home, Wine Insiders makes high-quality wines available much more affordably. Of the 300+ exclusive wines within its cache (and access to thousands more) most bottles are within the $8 to $15 price range, and nearly all are award-winners.

“Wine Insiders shoppers enjoy savings of up to 50 percent or more versus comparable wines on store shelves,” says Amoroso. “We do this by cutting out the middlemen, and by working closely with wineries to create exclusive, high-quality wines, such as the La Référence line of wines, from 100-point winemaker Bernard Magrez.”

In addition to providing good values to consumers, the direct-to-consumer model has the power to improve sales for top-notch winemakers around the world.

“For example,” says Amoroso, “We discovered a third-generation family winery in southern Italy that had never sold a bottle of wine in the United States. Within a year of working with us, we created so much demand for that winery’s wines, that they are planting new vineyards to keep up with demand,” says Amoroso. “And they did all this never having to pay for any marketing.”

With Wine Insiders, he believes they’ve created a much better solution.

“Buying wine online is now just as easy, and even more fun, than ordering a new pair of headphones,” Amoroso says.

And with that, the phone’s buzzing again, the girls are clamoring to be back in Dad’s lap, and Coco has sniffed out the platter of prosciutto on the table. If anyone understands the plusses of fun and easy ordering, it’s this entrepreneur and father of six.