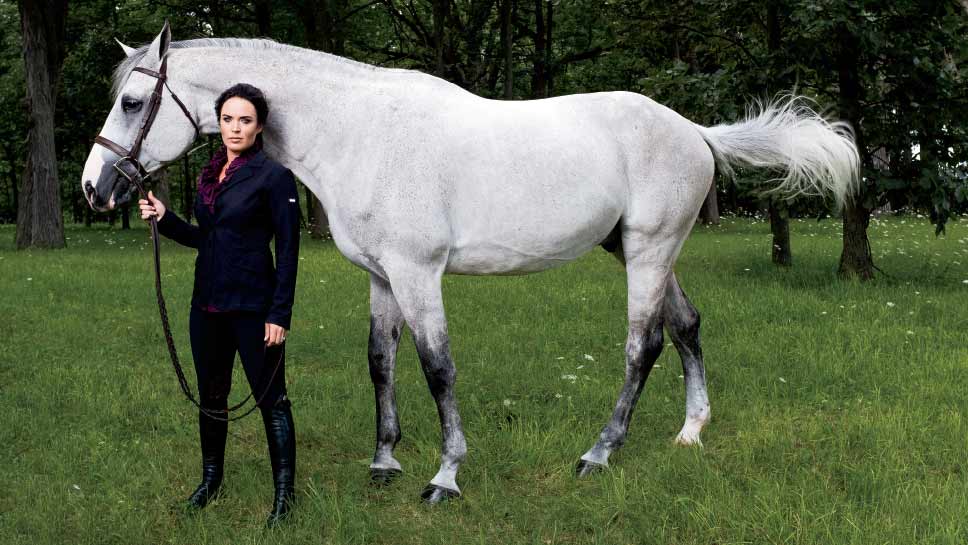 Growing up with parents who’d both won and judged the iconic Westminster Kennel Club Dog Show, one would think horse trainer and professional rider Meagan Murray-Tenuta would have a soft spot for dogs, but that’s not necessarily the case. “I had a beagle who I showed when I was 10-years-old, Bill the Beagle,” says Murray-Tenuta. “When someone from Japan wanted to buy him, my mom said that if I sold the dog, I could get a pony. Without any hesitation, I said goodbye to Bill. Even as a kid, I had my priorities straight,” laughs Murray-Tenuta. “The obsession has always been real.”

Murray-Tenuta spent much of her childhood in Island Lake at the barn across the street, serving as a working student there and at barns in Barrington in order to fund her passion. She continued to pay her dues in the horse world by working for numerous well-known professionals, all of whom contributed differently to her education. “Some of my favorite childhood memories took place at Horizon Farm in Barrington Hills. I knew from the time I was 12-years-old that I was going to be a horse trainer,” she says. “I never went to college and started my first horse training business right after high school. Even though I live in Lake Forest now, I still love driving through Barrington Hills and seeing all of the beautiful horses farms with miles and miles of fencing lining the properties.” 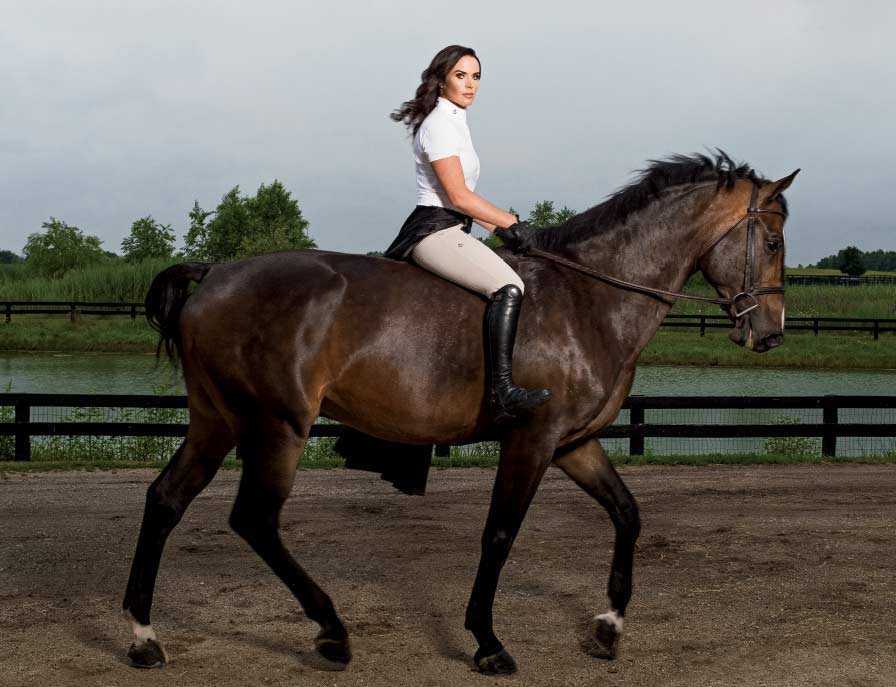 Hard work and raw talent eventually paid off in 2011 when Murray-Tenuta was awarded the United States Hunter Jumper Association (USHJA) Emerging Professional Award—a high honor which she considers a turning point in her career. A year later, Murray-Tenuta founded Buena Vista Farm, an elite training program, in nearby Zion. “There were ups and downs, for sure, like in any business,” she explains. “There was a six-month period during which my employees were making more money than I was, but I knew I had to keep going and stay focused.” In 2016, Murray-Tenuta’s longtime client and close friend, Becky Price, acquired the 45-acre farm that Buena Vista has called home since its inception.

Today, Murray-Tenuta manages the top-notch training facility and has a successful business, with 25 horses in her diligent care— serving clients throughout the North Shore and Barrington. 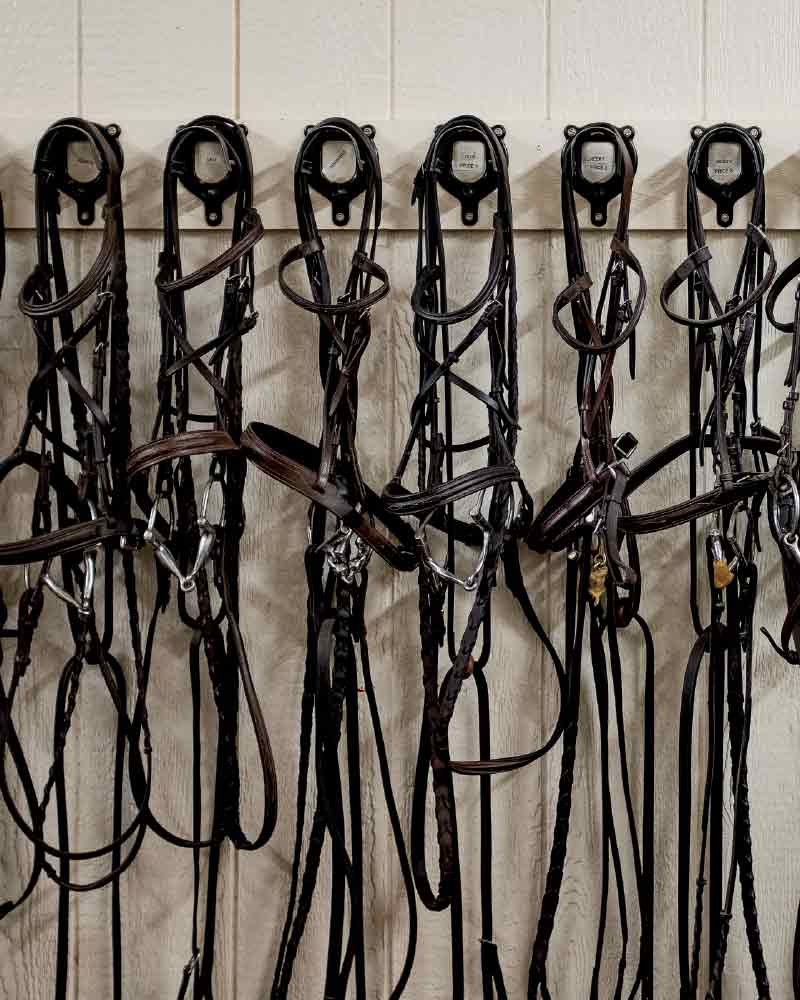 It’s that same strong sense of drive and ambition that propels Murray-Tenuta forward, leading to recent top finishes at the USHJA International Hunter Derby Championship, with horse Editorial, owned by Price. “It’s the most important horse show of my year,” she says. “I was hoping to be in the top ten this year. We were 11th last year and 11th again this year, out of 84 horses in the country that qualified. I don’t want to be 11th again. I want to win.”

“Editorial has made me famous,” she shares. “Now people know my name and judges know my name. He’s famous, too—little girls will come to the barn looking for Editorial.” He’s 11-years-old and in what Murray-Tenuta describes as his prime.

Moving forward, it’s important to Murray-Tenuta to keep the quality of the show horses at Buena Vista high. “I travel to Europe to scout horses, and I have a couple of young ones from a recent trip,” she says. “I really hope they end up being the superstars that I think they will be. I love to work with owners that want to invest in nice, young horses that we can make on our own.” 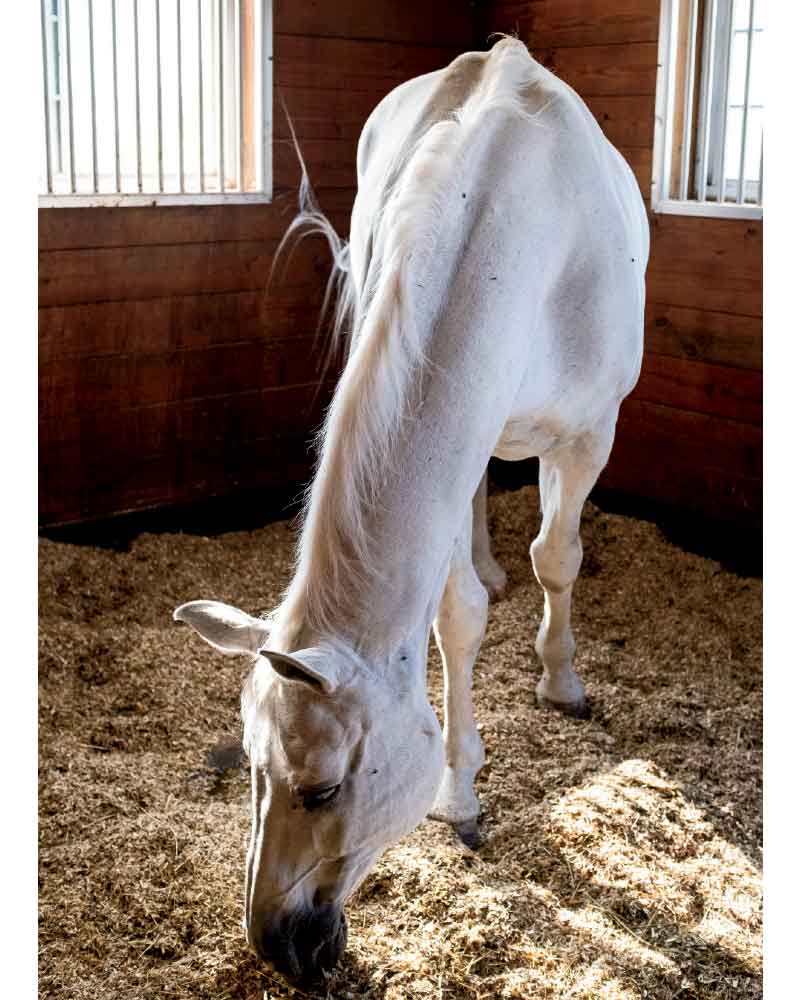 When she’s scouting, Murray-Tenuta looks at each horse’s overall athletic ability; its conformation, or the way it’s put together; and its brain, saying a horse has to have the right brain, one you can trust to focus in the ring.

Once the horses are under her care, Murray-Tenuta remains very involved in the day-to-day care of every horse in her program and believes that’s the key to producing successful riders and horses. “I really think that makes the biggest difference, after people who ride well, have talent, and have a horse with talent,” she says.

She trains up to eight different people each week but still prefers riding to training, although she says she is much more nervous when her clients are in the ring because she wants them to do well. In fact, Murray-Tenuta doesn’t even like to practice because she gets in her own head. Before the Derby finals, she didn’t jump for two weeks and says she does better under pressure. “Right now, I’m still trying to make myself into the rider I want to be,” she says. “I probably enjoy riding more than anything, actually. That’s why I do it.”

But, Murray-Tenuta clarifies that her life with her husband Alex, who owns a landscape management company, which serves Chicago’s North Shore, is just as important as the horse shows. They moved to Lake Forest in October, and Murray-Tenuta says Alex “knows everyone.” She jokingly refers to him as the Mayor. “Honestly, I am probably one of the few people who show at this level that really wants to be home,” she says. “When the show is over, I can’t jump in the car fast enough. And moving to the North Shore, I don’t think I could ever live anywhere else now.”

Luckily, her husband’s work in the winter slows down so when Murray-Tenuta heads to Florida for eight weeks to show, he’s able to join and support her. She’s in a bit of a down season now, focused on planning and preparation for next year. “A lot of people get very wrapped up in the business and push themselves too hard,” she says. “I just want to make sure I don’t overwhelm myself. It’s a tough lifestyle, for sure.”

Well, whatever she’s doing, it’s working for her.