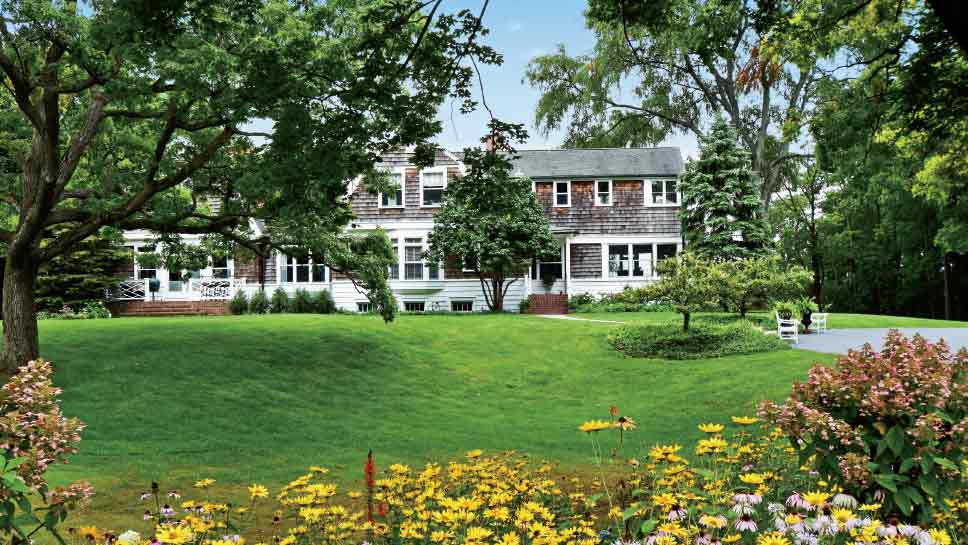 The historic Valley View Farm is on the market for only the fourth time in more than 100 years, offering a rare chance for a buyer to live in a piece of Barrington Hills history.

When John V. Walker built a modest farmhouse on the hilltop of more than 20 acres of rolling fields on Otis Road back in 1910, Barrington Hills as we know it didn’t even exist. Walker joined other successful Chicago businessmen in securing what were called “gentleman’s farms” to enjoy fresh air in the country on weekends away from the city.

That original house was simple and meant to serve one purpose—create a peaceful respite from the hustle and bustle of urban life. Walker also had a tree farm south of Barrington, so when it came time to name the property, he called it Valley View Farm. 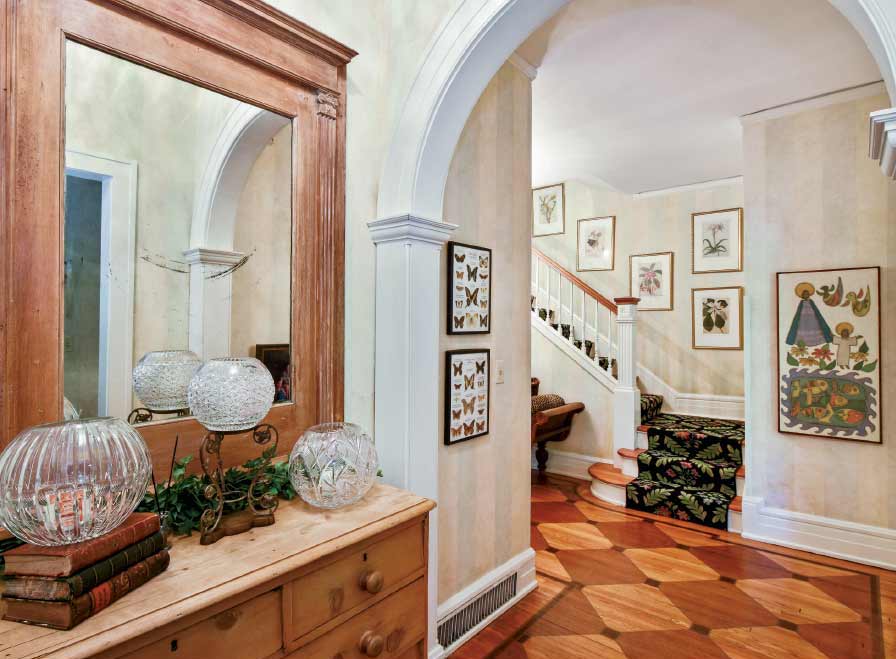 Colleen Noyes, who bought the estate (with husband Bill Noyes) from its second owner Bill Horne (famously known as one of Ernest Hemingway’s best friends) in 1992, says there was more land around her property then.

“We have 22 acres here currently,” she explains. “When the Horne family bought it, they didn’t want as much acreage as was in the original plat so they sold some of it off.” 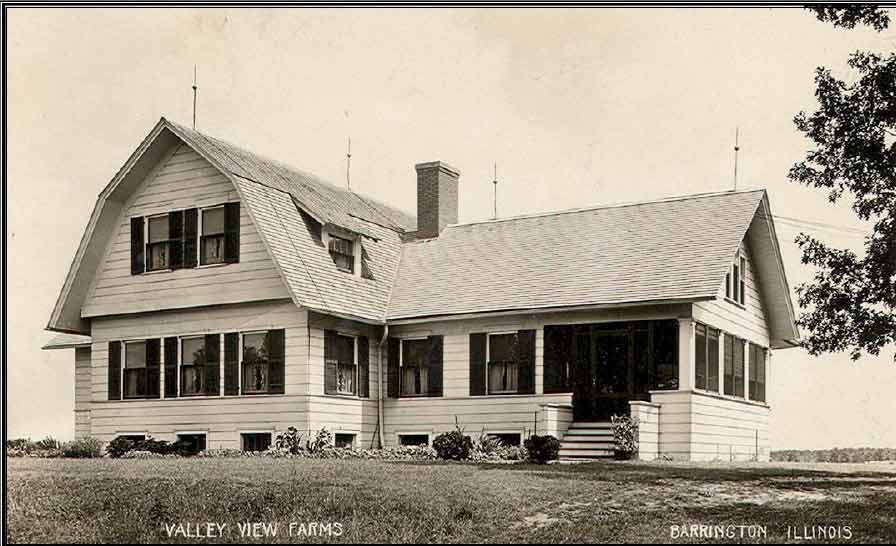 Noyes and her husband embarked on extensive renovations and improvements to the landmark, expanding the small farmhouse into a graceful 8,000-square-foot estate home with a Nantucket vibe. Featuring six bedrooms and six and a half bathrooms, the home is updated beautifully with a gourmet kitchen and an expansive wraparound porch. Grounds include an original cottage, six-car garage, wide open pastures, and stunning flower gardens.

“The house was in really bad shape when we bought it,” says Noyes, explaining that while Bill Horne and his wife put their own stamp on the landmark for the decades they lived there, pieces of the property had fallen into disrepair. “They came in and did their thing and then we came along and did our thing.” 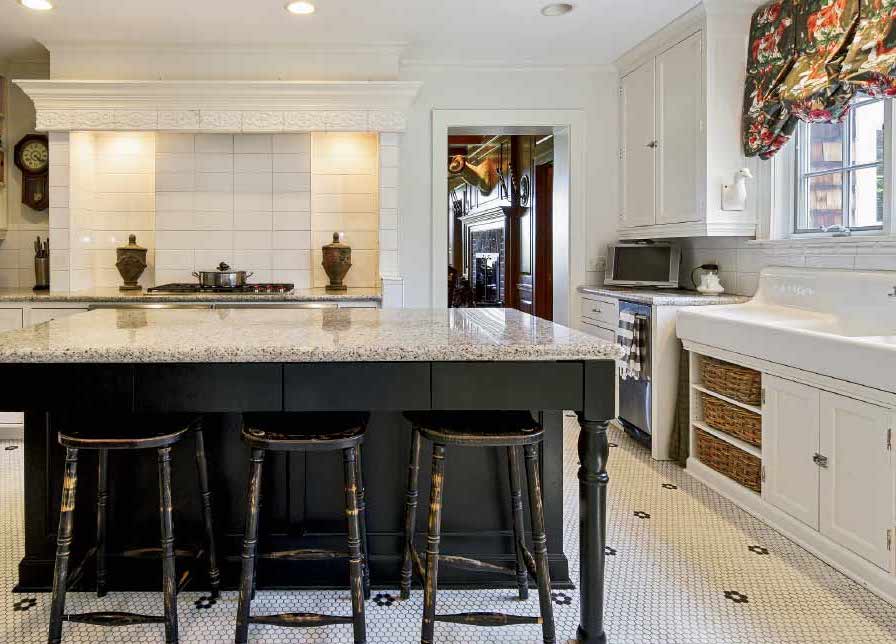 The result is a property that has been loved and updated through three generations of families that grew up here, including Noyes’ four now-adult children.

However, with the children all grown up, Noyes says it’s fine to pass on Valley View Farm to its next owner. Currently offered for sale at $1,595,000, the home and its rolling lawns and pastures offer the best of both worlds in Barrington Hills, connecting the village’s storied past to its reputation today as one of the most exclusive suburbs in Chicago. 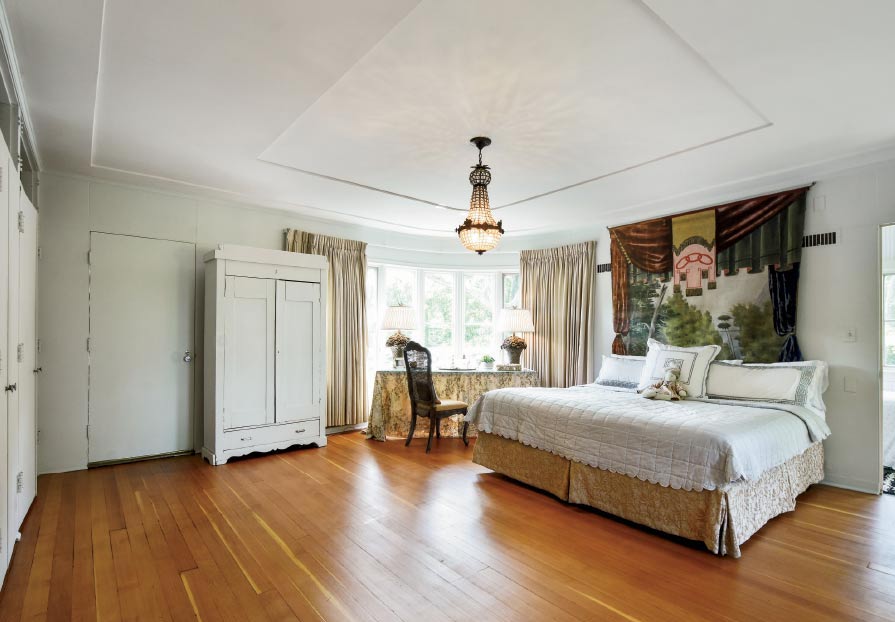 Noyes says that even though she enjoyed embellishing the home with elegant Old World details—including high ceilings and extensive moldings—she also enjoys learning more about her home’s colorful past, especially Dorne’s friendship with the great American novelist.

“In any books you read about Hemingway, you know that he and Bill Horne were best friends. They met in the Army, and stayed friends after the war,” she says. “Horne used to go visit Ernest and he used to come out here to Barrington Hills to visit Bill.” 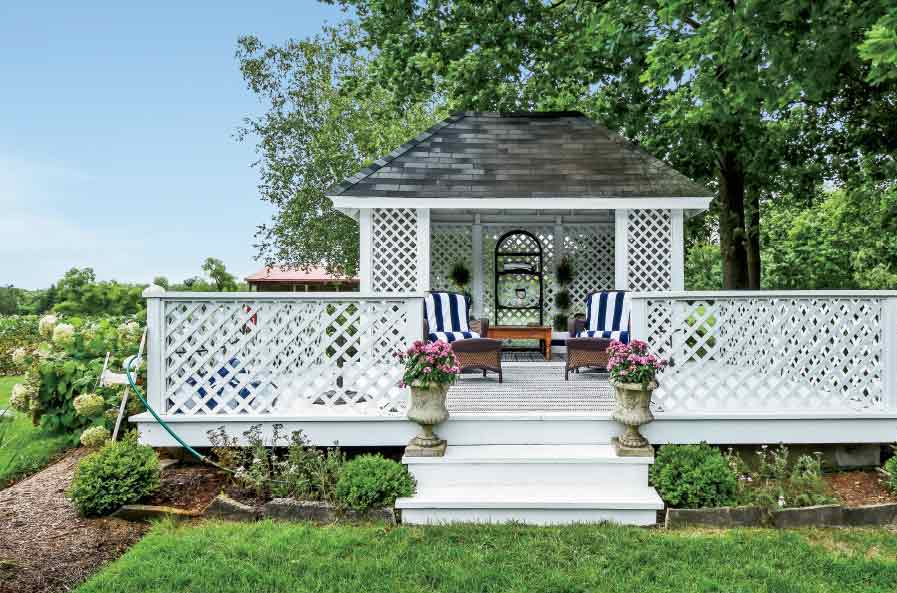 A scene from the estate gardens

They were in each other’s wedding, and exchanged letters over the decades that followed—including a collection that was turned over to the Newberry Library, keeping copies in the house’s archives.

“I did meet Mariel Hemingway and did give her copies of the letters,” says Noyes, adding that it was felt surreal to be meeting the famous daughter of one of the most famous writers of the 20th century. “In one of the letters, he’s writing about Ag, the nurse that broke his heart during the war, and how he ‘never should have let her go’.”

Pieces of that past are perfectly preserved today, including the pool that Bill Horne’s wife built in memory of her late father in 1932.

“The pool is the old turquoise color so it looks like a piece of jewelry out there,” Noyes adds. “It’s so quiet and peaceful. You come home from work and everything dissipates.” Given the origins of Valley View Farm, that seems very apt indeed.